Many have gone through physical, mental and spiritual prisons. It’s normal. However, many fear the thought of going to prisons. To them, prison means hell and waste of life. Contrary to this, many ex-convicts have come to the rescue of this stereotype and proved people wrong. Nelson Mandela came out of prison to become South Africa’s first black president! After all, the world is but a large prison, out of which some are daily selected for execution.

10. Prison is the home of ingenious inventions 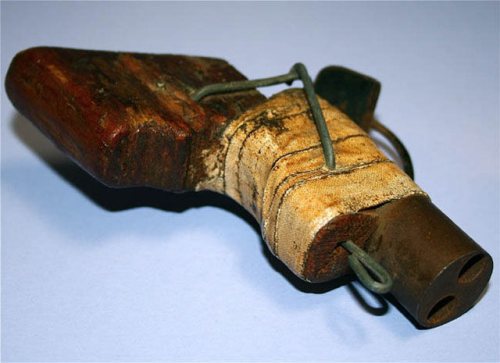 A prisoner at HMP Bedford prison was found making a gun from soap similar to that John Dillinger used in the 1930s. In the 1980s, ‘Santa Fu’ prison in Hamburg, Germany, a hollowed out artificial leg was used to smuggle drugs and weapons into the prison. Coincidentally, a tattooing needle made from a ball pen, a toothbrush handle, and an electric motor was also confiscated in the same prison.
Another ingenious invention involved making of a radio transmitter or a bug from radio recorder parts by an inmate of Wolfenbuttel prison, Germany. It helped to alert the inmates on upcoming cell searches since they were installed inside guard rooms. It was also a suitable means of cell-to-cell communication among inmates.

9. One can make a lot of money in prison 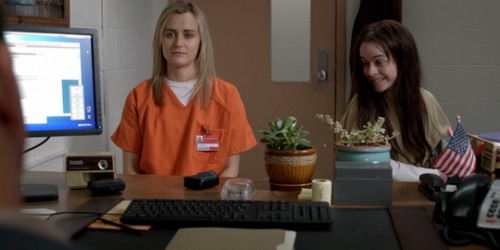 “Money is the wise man’s religion.” It is more of opium to the masses. Everyone needs money, and a wise inmate will devise an effective way of making money. Some of the ways might be crazy while others may be extremely lethal. However, the common ways used inside the ‘steel cages’ include; selling cigarettes, selling teeth whitening strips smuggled in by a correctional officer, selling security to the weak but‘rich’ inmates, selling sex, selling stamps, selling death, selling tattoos, opening up a small barber shop or a salon for braiding hair or trimming beards.Alternatively, One can also act as a bank for the inmates and earn from imposing high-interest rates. Others sell access to telephones, and the nerds will obviously sell knowledge.

Either way, money may just create a little heaven in hell!

8. Inmates get to build some‘six packs.’

What is the best way to spend your free time in jail than to workout, get enough food and get enough sleep every day? Since there may be no alcohol or toxins to suppress muscle growth it thus creates pretty healthy environments for muscles to grow. However, claims have it that steroids are smuggled into the jail to hasten the process.

Reforms in prisons have inmates eating rice, baked beans, vegetables and meat which may approximately contribute to around 3000 calories. If the inmates are completely inactive apart from indulging in weight lifting, could be enough to be eating at a surplus assuming they aren’t already massive beasts! 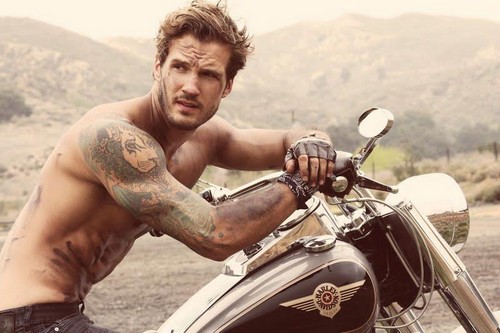 Somebody needs to write an article to explain clearly why good girls love bad boys. Honestly, I don’t see anything good in bad. What makes Lil Wayne or T.I a sweetheart to many pretty girls out there even after spending time in jail? Just recently I overheard some Latina girls exchanging views how cool ‘El Chapo’ must be. It is so hard nowadays to get the attention of a pretty lady when you are on a suit and a tie. Fashion models have even pulled inmate looks on magazines and ladies can’t help but admire the ‘ratchetivity’.

One bad boy enthusiast somewhere updated this status on her Facebook, “Forget about prince charming! Give me the guy with tattoos and a bad boy attitude”. Maybe I should refer her to one of the Mexican prisons.

6. Nelson Mandela was an inmate too!! 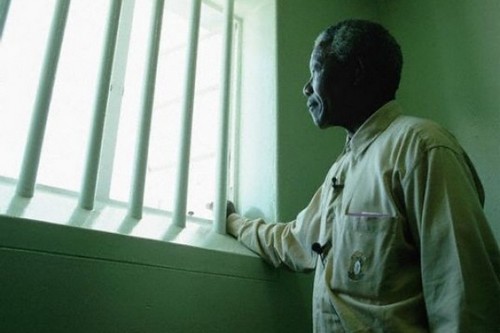 It is so cool to view prisons as the hatchery of the world’s greatest leaders of all time. Our founding fathers were sent to prisons as a way of silencing their ideologies. Mzee Jomo Kenyatta, the first president of Kenya, was jailed with his freedom fighters in the infamous ‘Kapenguria six’. Nelson Mandela spend a quarter of his life in jail.

Marc Emery, the Canadian Cannabis activist, politician and probably the coolest guy after Mandela, qualifies to be honored for standing up for all the ‘stoners’ rights not only in Canada but the world. The DEA just made him famous and who knows what the future holds. He may be the next Canadian president. The beauty of pain is that it can either leave one a better or bitter person. In my view, Marc seems better than before!

5. It sharpens one’s view of life 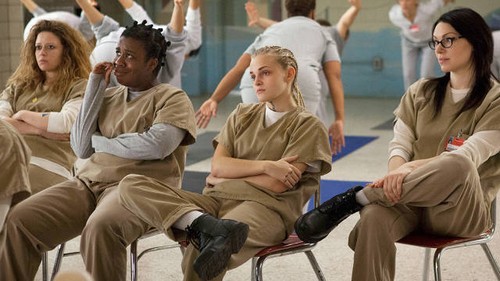 I must admit that some people take each day of their life for granted. It is understandable as human beings. Some of us may be influenced even to think life is just a detritus. If you are that kind of a person, then don’t bother wasting a lot of money on pastors who claim that you are bewitched. Instead, take your dumb mind to a nearby prison for a month or so, then you will come out a new focused creature. You will appreciate life!

In my religion, there is this story of a rich man who went to hell and regretted the reckless and worldly life he lived while alive. In fact, he even convinces God to take him back to the world and warn his reckless brothers to be serious with their lives. As Mandela once quoted that no one can truly know a nation until he has been inside its jails.

4. It is the best way to improve on your weaknesses 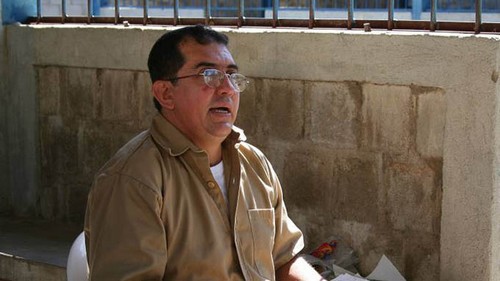 Why do people go to jail? Is it to get punished or to serve their punishment or is it both? Either way, a society without such a facility would be a big mess. Imagine living next door with Tsutomu Miyazaki or Ted Bundy! In fact, we would have stopped existing at some point. What these two criminal minds had was just a weakness they couldn’t control while outside the prison. Why? Easy targets and lots of freedom.

Prison is so cool for such criminal minds than ordinary minds. In fact; it’s like it was constructed specifically for them. It transforms serial killers, rapists, drug barons into law abiding and responsible citizens. In 2029 or so, Luis Garavito aka ‘the beast’, sentenced to 30 years in prison in 1999 for torture, rape and murder of over 300 young boys will be released a totally reformed man! 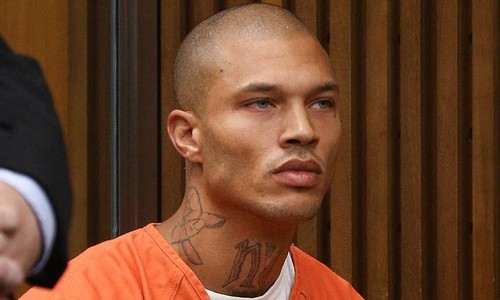 William Sydney Porter, better known by the pen name of O.Henry, discovered his talent for short story writing while serving his time Columbus State penitentiary in Ohio. He is accredited for discovering the original of ‘Jimmy Valentine’ and many other tales and is honored as the greatest writer ever in his generation.

Jeremy Meeks discovered his talent for the modelling while in prison and landed a modeling contract from prison in 2015.Now that he is out of jail, he seems to be working on a fashion project already. Millions of admirers worldwide seem to be admiring the handsome ex-convict.

I am not an ex-convict but going to prison feels more or less like going for a long vacation somewhere in Baghdad. It helps you relax as time goes by and with time, you develop true love with the environment. You get down to relax from your normally busy schedule and start thinking about the sweetness of life after the release. Just like the ordinary vacations, the richer the inmate, the more fun it will be.

In Kenya, when one rich convict from the royal families Thomas Cholmondeley was jailed in Kamiti maximum prison, he was placed in his house fully equipped with books, some snacks, and hygienic facilities. For him, it was a 8-month ‘vacation.’

1. It is a free experience. 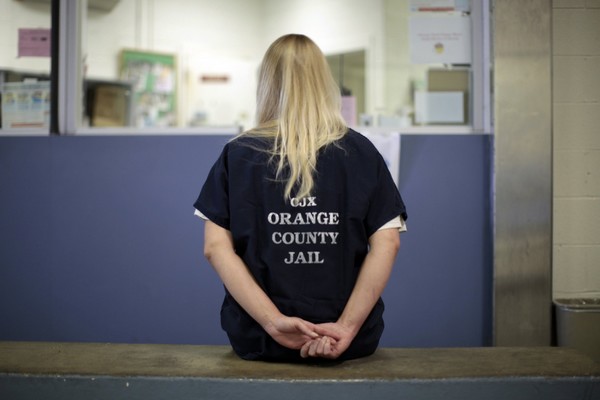 Does anyone want to go to jail? It’s absolutely free. What you need to do is to go against the state laws. In simple words, read your country’s constitution and do the opposite. Bingo! A free experience. Some people naturally love adventures and may commit petty crimes just to experience a jail term. Insane, right? Well, I have a cousin’s cousin who intentionally shot his leg to experience life in a wheelchair. Why? Because it was a free experience determined by choice.