Reality TV over the years has given us ample moments to get glued to them, but there have been some moments where our jaws were dropped, when the thing actually got REAL! So here, we take a look at 10 of the several outrageous Reality TV moments that were too shocking to be true!

10 of the most shocking reality TV moments ever:

10. When They Shaved Their Hair 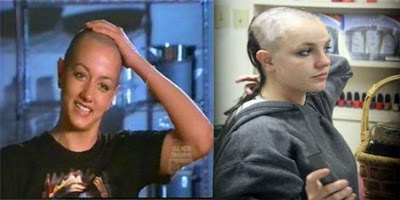 Bravo’s popular culinary TV show ‘Top Chef’ has been critically praised for producing some of the finest chefs in the cooking industry. But things took a nasty turn in season 2 when while in drunken night, contestants Ilan Hall, Elia Aboumrad, Sam Talbot and Cliff Crooksgot drunk one night and Ilan and Elia decided to shave off their hair completely. But that was not it, things took an upside down turn when Cliff wrestled down fellow contestant Marcel Vigneron in his sleep and tried to shave his hair too. Although Marcel saved both himself and his hair, the producers and judges were not too happy with his incident and decided to disqualify Cliff from the competition for breaking one of the show’s protocol – Never get physically aggressive with a fellow contestant. The full footage is not available, the following video shows Elia shaving her hair.

9. When They Split Up 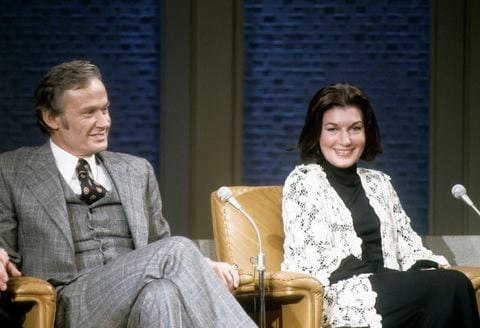 ‘The American Family’ was one of the earliest reality shows of all time. Airing in 1973, it had a lots of firsts- for the first time a family agreed to have their life documented for TV, Lance Loud, one of the cast came out as gay, becoming one of the first persons to do so in TV, etc. But the most controversial moment came when Patricia Loud asked for divorce from William Loud after 21 years of marriage. The actual footage of the divorce proposition is not available in the internet. The following video contains the opening and closing credit of the show.

8. When She Was Punched

Since its inception, ‘Jersey Shore’ has been in the news for all the wrong reasons. The series is credited for creating one the famous characters of reality TV of all time –Snooki. On August 19 at Beachcomber Bar & Grill in Seaside Heights, NJ, Snooki got into a heated argument with gym teacher Brad Ferro, regarding drinks; where a drunk Ferro punched Snooki right up in the face, creating one of the most jaw-dropping TV moments.

7. When The Supermodel Screamed

The modelling hunt show, created by Supermodel Tyra Banks, is one of the most popular TV series of all time. In 2005, in its fourth cycle, ‘America’s Next Top Model’, gave viewers more than they bargained for. When Tiffany Richardson was voted off, she went off to the other contestants and said smilingly “Why are you guys looking all sad for?”. This irritated Tyra, she called her back to let her know that she needs to get serious in her life, but when Tiffany defended herself, it pushed Tyra over the edge, and the Tiffany-Tyra battle escalated. Tyra went over shouting like never before, which made up for some great TV moments.

6. When They Drank Semen & Urine

‘Fear Factor’ introduced a whole different ball-game to Reality TV; it never failed to amaze and shock us over its whole run. During its revived series in 2011-2012, in one of the episodes, it put a task which required the contestants to believe it or not, drink donkey urine and donkey semen. Even NBC later became hesitant about airing the episode and finally they did not airing it at all, although footages of it made it to the internet and left the viewers with a wretched gut.

5. When He Changed His Decision

In one of the most heart-breaking, shocking reality TV moments ever seen, the 13th season of ‘The Bachelor’ brought to the viewers some dreadful circumstances. When ‘Bachelor’ Jason Mesnick chose Melissa Rycroft at the finale, everything seemed picture perfect. But in the show’s ‘After The Final Rose’ episode, Mesnick felt that his chemistry with Rycroft did not go as he thought of to be and dumped her on national TV and selected runner-up Molly Malaney as his partner. This was rather, hard to watch although now Mesnick-Malaney are happily married with two kids. Rycroft also eventually married and found her love in Tye Strickland, with whom she has two kids. So, everyone got their love at the end of the day. Well, you know what they say, “All’s well that ends well”.

Cycle 4 of ‘America’s Next Top Model’ is really a milestone in reality TV’s history as it had some top 9 after which she was eliminated in a double elimination alone with contestant Tiffany Richardson. Major outrageous moment, and with that it has made to this list twice. During week 3’s photo evaluation by the judges, contestant Rebecca Epley suddenly collapsed, which raised goose-bumps for the judges, rest of the contestants as well as the viewers. The way she fell on the ground, with such a hard force, still can give everyone the creeps. It was later diagnosed that Rebecca experienced a relapse of her childhood balance disorder and fainted. She went up to the hospital, she survived that week and made it all the way till What is surprising is that this elimination has made to number 7 in our list of most shocking reality TV moments. (See Above).

3. When It Was Revealed To Be Fake

After running successfully for six seasons and being regarded as a guilty pleasure by viewers and media outlets, the series finale came out with the biggest revelations to be seen yet. Although speculations were running that the show might be scripted, but viewers and critics were up for a surprise when the last scene of the series went off something like this. As Brody Jenner and Kristin Cavallari said each other their goodbyes, the camera zoomed out, to reveal that it was all staged and was being filmed in a Los Angeles Set. That is some way of ending a series.

2. When The Thing Actually Became BIG

Perhaps, the biggest reality TV controversy to hit mankind was racial discrimination seen in ‘Celebrity Big Brother’ series 5 in 2007. The controversy centered around Shilpa Shetty was subjected to racial discrimination by Jade Goody, Danielle Lloyd and Jo O’ Meara. It gained widespread media coverage worldwide, even far as involving the Indian and British Parliaments. Ofcom received more than 44,500 complaints, numerous petitions were signed. Shetty went on to win the series, Jade Died two years later. But still speaking of it can bring back, it seems that reality TV was never that big and possibly never can be more big!

1. When The Wrong Winner Was Announced

Nothing can surpass in what is hailed as one of the biggest blunder and most awkward moment that has happened in live TV. During the live finale of the sixth series of ‘Australia’s Next Top Model’, host Sarah Murdoch, due to some technical error and wrong feed from prompters, announced Kelsey Martinovich as the winner. People were celebrating, the stage was getting lightened and Kelsey even gave her winning speech, but moments later, an embarrassed, helpless Sarah revealed that due to some wrong feed given to her, she actually read the winner’s name wrong, and the winner is actually Amanda Ware.

Millions of jaws dropped, even fans of Amanda took a while to celebrate and Kelsey was left clueless, although she handled the situation very pragmatically and graciously. This has made technicians even more conscious of how to deal with live TV. Only watching this can tell how awkward that moment was!