A large number of people in India and Brazil are sad and have been going through a phase of pure nostalgia ever since they came across the news that Orkut, their once-favourite social networking site, is closing down by the end of September, 2014. While the rest of the world does not have much to lose, Indians and Brazilians, who used the site extensively, are dejected, and are currently busy taking down old photographs, testimonials from friends, and memories of the past decade. The onset of several advanced and user-friendly sites like Facebook, Twitter, etc. threatened the existence and popularity of many sites like Orkut, with their higher number of better features. So, let us look down memory lane at some of social networking sites that failed to pass the test of time.

Originally named HarvardConnection, Mark Zuckerberg’s Harvard classmates, Cameron Winklevoss and Tyler Winklevoss, along with Divya Narendra, launched the site on 21st May, 2002, with the help of fellow programmer Sanjay Mavinkurve. The site had common social networking features. If Zuckerberg had not created Facebook, he would be a part of ConnectU. The two parties ended up in the court as a result of this, and after about a year, ConnectU lost out to Facebook. Currently, the site stands inactive.

The Hub was founded in 2006 by the well-known super-market chain, Walmart. It aimed solely at teenagers, with the vision that through the ‘School Your Way’ promotion, they would connect around the products of the store. It encouraged teens to share photos and videos, as well as wishlists of Walmart items. But, the fake profiles by actors and PR people to sell products, were a turn-off, besides the numerous ads. Plus, the constant notifications to parents about their activities completely dissuaded teens from using the site which closed in September after 10 weeks. 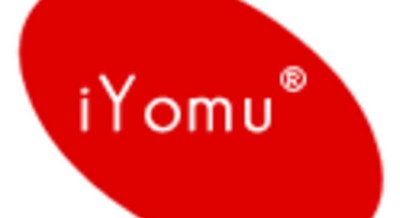 Launched in August 2007, iYomu targeted ‘adults’, i.e. users of the internet above 18 years. Founder David Wolf-Rooney and director Frances Valintine hoped to offer special benefits to the grown-ups, which were not there in the existing sites at that time. The site allowed users to stay in touch with family and friends from around the world, store and share important documents, find advice, etc. However, it turned out that the adults did not really want a separate site dedicated to them, and the long questionnaire to register didn’t help. The site failed to fly, and was closed in June 2008.

Founded in 2006 by Jeff Taylor, the founder of Monster.com, Eons was initiated to serve as a platform for Baby Boomers and other internet users above the age of 40 years, complete with obituary feature, funeral home advertisements, etc. However, the site failed to gain traction, in spite of having raised $32 million investment capital. Its ownership was shifted a number of times, and in its limping state, it changed its initial strategy and opened the accounts for everyone above the age of 13. But, it failed anyway, and in June 2012, the site was shut down.

Founded in 2002, Friendster started out as a social networking site. It rapidly became one of the pioneers in social media, but, it failed to live up to its potential. The site reportedly had more monthly visitors than any other social network in Asia, and the lion’s share of its traffic came from Asia. It had to be redesigned, and was relaunched in June 2011 as a gaming network. Its original functions as a social networking site are defunct now, but it is active, majorly in South-east Asia, as a gaming site. Its Alexa rank is 20,555 as of April 2014.

Founded in 2004 by Ramu Yalamanchi, Hi5 was declared the most popular social networking website in 2008 in terms of monthly unique visitors, as per comScore. Up until 2009, it was a typical social networking site with some general features like photo and video sharing, friend networks, status updates, user groups, etc., after which gaming and entertainment oriented features were added, with 200 additional gaming genres. Now owned by the social discovery website, Tagged, its Alexa rank, as of April 2014, is 19,018. 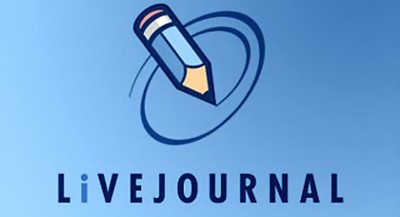 Also known as Zhivoy Zhurnal or ZheZhe in Russia, LiveJournal allows a user to maintain a blog, journal or diary. Since its birth on 15th April, 1999 in the hands of American programmer Brad Fitzpatrick, a number of political pundits, especially Russians, have used it for political commentary. But, the contents soon came under scanner, and account security was vulnerable. The shooting membership rate was curbed in 2011 with a much-criticised ‘invite code’. Several other controversies regarding the site and its features kept surfacing. Its Alexa rank as of April 2014 is 135.

Back in 2005-2008, MySpace was the most popular social networking site in the world. Launched in August 2003 by Chris DeWolfe and Tom Anderson, this site even surpassed Google in the US in 2006. Being owned Specific Media LLC and Justin Timberlake, it laid special emphasis on music, and had great impact on pop culture and music. However, the popularity of other social networking sites led to the decline in its usage, and despite several redesign and addition of features, the site could not maintain its old popularity. As of August 2014, its Alexa rank is 1054.

Launched in January, 2014, the site is named after its creator and Google employee, Orkut Büyükkökten. It was designed to help people make new friends and maintain existing friendships, share photographs and videos, likes and dislikes. In 2008, it was one of the most visited sites in India and Brazil. But, its Alexa rank dropped to 6101 as of May, 2014, due to lack of privacy and state censorship, criminal activities, etc. Google, its operating body, announced on 30th June that the site would be closed on 30th September, 2014. By the time you read this, the site might already be gone.

There have been many ore social networking sites, like Sprouter, VitalSkate, etc. Some tanked immediately, while others tried their best to survive. Today, we have a host of social networking sites, all with different purposes, features, etc., and these are used in different ways. But, the nostalgia of the old sites will remain with the users, even after the closing down of the failed sites.