India is a hub of mysteries. Its ground is rich with numerous mythologies and folklores. Though the world’s interest in India revolves largely around its colourful culture, but there are some really bone-chilling and dark corners hidden among those colourful hues.

Here is a list of 10 spine-chilling mysteries from India that you’ve probably never heard of:-

10. The Kongka La Pass Ufo Base 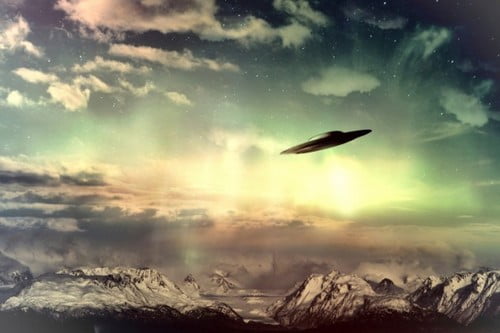 The Kongka La Pass in Ladakh is located in the Himalayas. It is a disputed no man’s land between the India-China border. Both countries keep a watch over it but neither patrols it or occupies it. According to some, there are UFOs travelling in and out the area due to the lack of human interference. It’s even reported that aliens have built underground base in that area.  Rumour goes that there’s a series of gigantic flying saucers hidden underground along that Pass. Many travellers and residents residing near to that area claimed to have seen UFOs rising from the ground and descending back in. Allegedly Chinese and Indian governments are very much aware of it. 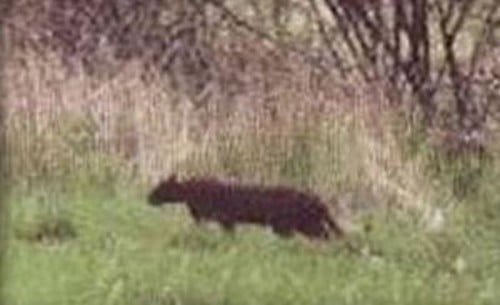 The Bhootbilli is basically a “ghost cat,” that terrorizes some areas in the city of Pune. It’s a strange amalgamated animal that appears to be a cross between a cat, a dog, and a mongoose. One eyewitness claims that the creature is “fat and broad with a long tail, black in colour, has a face like a dog and back like a mongoose”, capable of jumping long distances. ‘Bhutbilli’ is responsible for killing livestock and frightening the locals. Some locals, claiming to have seen it said ‘Bhootbilli’ is “smaller than a lion but bigger than a hyena.” Its existence is largely debatable.

8 . The Immortal Beings Of The Himalayas 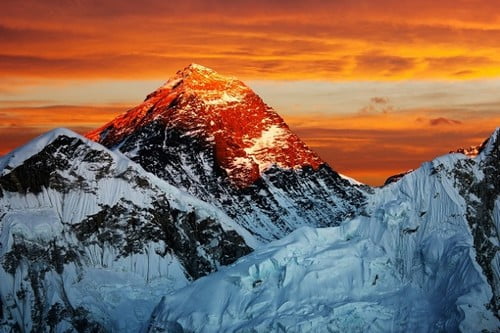 One popular legend goes like this – there exists an ancient Indian and Tibetan tale of a city inhabited by mysterious immortal beings. They willingly live by hiding from the world. These immortal beings are said to influence the world in various subtle ways (when required). The city is known as Gyanganj and is said to be completely camouflaged in a different plane of reality, therefore managing to avoid discovery by modern mapping techniques and satellites. However, the immortal, enlightened sadhus and mahatmas that inhabit the place often let in visitors to share some of their wisdom with the outside world.

7. The Magnetic Hill Of Ladakh

In the region of Ladakh (yes, Ladakh again), there is something called a magnetic hill. Any car parked on top of the hill will roll up the steep road on its own accord, moving at upto 20 kilometers per hour (12.4 mph) speeds. This supernatural-phenomenon is called the “Himalayan wonder”. People from around the world go there to witness nature’s hidden mystery. The secret behind the magnetic pull is an optical illusion created by the peculiar geography of the area. The mountains, road, and hill are aligned in a manner that makes the area seem like a steep uphill terrain, but the road actually goes downhill. Thus, in the above video, the car left out of gear automatically rolls uphill.

6. The Cursed Village Of Kuldhara 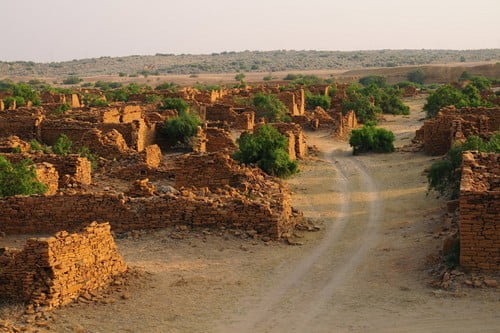 The 500 years old village of Kuldhara was inhabited by 1,500 residents. One dark night they simply vanished. They didn’t die nor were they abducted – they simply left. The reason for their sudden evacuation is still unknown. Some say they fled unable to bear the torment of government taxation. People believe that while leaving Kuldharans cursed the area making it uninhabitable for humans. According to a legend, anyone who has ever tried to live in the abandoned village has died brutally. The village is said to be haunted and paranormal investigators have experienced strange events around the cursed area. The village remains deserted till this day.

5. Behind The Taj Mahal Story 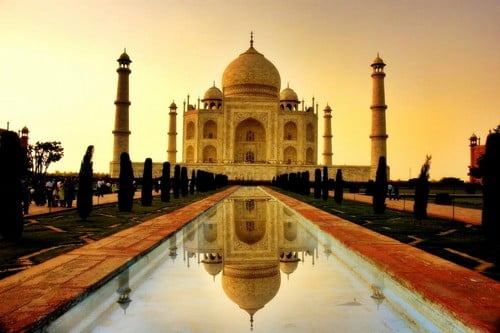 Taj Mahal is considered one of the modern marvels of the world created under orders of Mughal emperor Shah Jahan. He wanted it to be a mausoleum for his deceased wife. However, some evidence suggests that the building is about 300 years older than Shah Jahan himself. Professor P.N. Oak of New Delhi claims that the building was originally an ancient Hindu temple known as Tejo Mahalaya dedicated to worship god Shiva and that Shah Jahan had merely made some changes on the existing temple & dedicated it to his wife. It is not too far-fetched a theory, for Indian kings have a history of seizing enemy temples and mansions and repurposing them into tombs for their loved ones. Until the Indian government let experts investigate the sealed room, the mystery prevails. 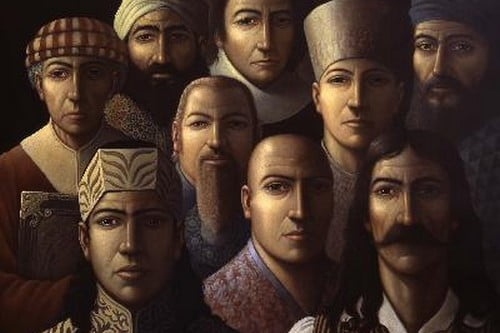 A powerful secret society was founded by Emperor Asoka in 273 BC after a terrible battle that killed more than 100,000 men. Each of the Nine men were given a special book of knowledge, ranging from alchemy to microbiology. According to one legend the mysterious men held many powerful secrets including that of anti-gravity and time travel. Take a look into the nine books here. It is said that the martial art of Judo originated from the “leaks” of one of the books, possibly the ‘Book of Physiology’.

Like the Illuminatis in the West, speculation exists about their current and past members. The nine men are not all Indians; Pope Sylvester II was once suspected to be one of the mysterious nine. 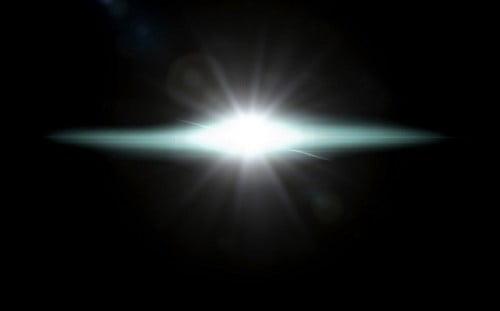 On December 18, 2012, a sudden loud boom was heard by the people of Jodhpur. It was a deafening sound like a massive explosion that startled people. Local people did a local investigation hoping to find a possible explanation like an airplane breaking the speed of sound etc. But they were surprised to learn that there wasn’t any planes flying about the area that day and no explosions had taken place either. The source of the “Jodhpur boom” was a complete mystery.

In fact the entire month of December had witnessed unexplained booms all over the world, from United Kingdom to America. Scientists are yet to find out what these booms were and whether they were all connected with each other.

2. Kodinhi – The Village Of Twin Babies 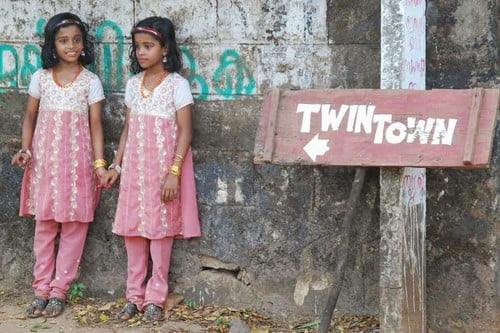 Kodinhi, a remote village in Kerala has been witnessing a unique phenomenon. Abnormal amount of twins are born there. In a village resided by around 2,000 families, 250 sets of twins are officially registered, though experts are of the opinion that there could actually be as many as 350 sets of twins in the area. The number of twins born in the village is estimated to be increasing each year, and the reason to this is still unknown. The story is quiet remarkable considering twins are rare in India – on an average, out of every 1,000 Indian births only 4 are born twins whereas in Kodinhi 45 % of every 1,000 birth are twins. 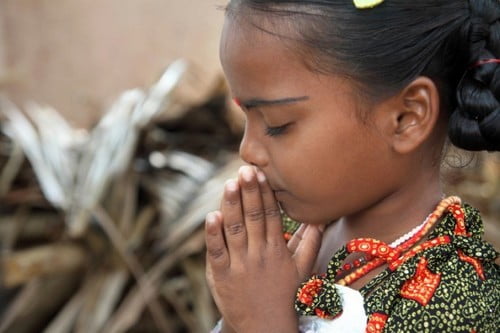 Shanti Devi was born in Delhi in the 1930s. At the age of 4, she insisted that her mother and father were not her true parents; she further claimed that her real name was ‘Ludgi’.  She said that her true family lived somewhere else and to the shock of her parents and everyone in the village, she declared that she had died during childbirth. Shanti Devi claimed to have reincarnated. She named the town where she lived with her husband before death. Her worried parents decided to find the truth behind these outlandish claims.

They soon learned about a young woman named Ludgi Devi who indeed died during childbirth. Shanti instantly recognized her “husband from previous life.” It was reported that Mahatma Gandhi showed keen interest in this strange case. When asked if she remembers anything of the afterlife, Shanti claimed to have met Lord Krishna.

Throughout her life time Shanti Devi – who later became a scholar, teacher, and student of religion – was challenged by many researchers and scientists to test her reincarnation memories. No one however was able to prove her fake.