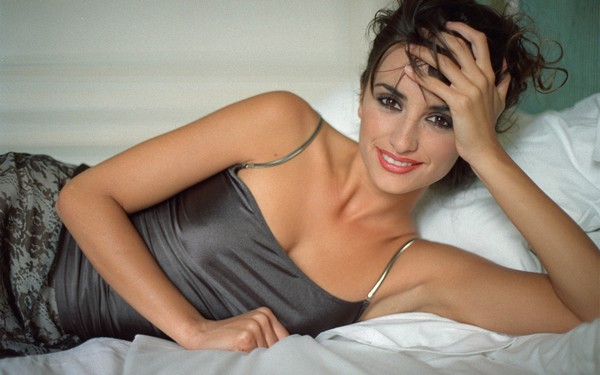 Beauty is one of the most important things in our lives. And for a celebrity, it’s a matter of honor to look more and more young and beautiful. In this list, you will see top 20 Hollywood celebrities who looks much younger than they actually are. These are some Hollywood Aged Celebrities who still look young. Most of them don’t look a day over 40 when in actuality all of them are aged over.

Beautiful big eyes, attractive face and confident voice is name of this 43 years old tremendous actress Angelina Jolie. She has a hot figure that can give goosebumps and literally a sense of jealousy to any young actress or model. After working as an actress she also earned as a director. She also won an academy award. But apart from this she is also respected around the world for her charity and human welfare work. She has adopted 6 children.

The lady with most beautiful eyes. Charlize Theron still have that charm on her face just like her 20. Although she is 43 years old now, but still looks incredible hot and extremely beautiful.

Spanish actress and model Penélope Cruz becoming more gorgeous and beautiful as she is getting old. She’s one of the most beautiful women from Spain.

She was born on 10 July 1972. Sofía Vergara in a Colombian-American model and actress. She started her career through modeling and by doing commercial ads. Later on she started hosting TV shows and eventually ended up by featuring in movies she is becoming more gorgeous and beautiful as she is getting old. She has a predict combination of sexiest figure, curvy looks, and a very beautiful face. Cording to her she maintaining herself by doing some yoga and making full use of natural ingredients of vegetables and fruits. She’s also mother of one.

Born on 1967. Singer, songwriter, fashion designer and actress, Gwen Stefani certainly is a busy girl. But all this working has put the time or years on her face. She looks at least 10 years younger than her age, and she still dress like a thirty years old girl. Look closely at her photo next time then you will see that there is not a single wrinkle on her face. It’s truly hard to believe that she is a mother of three.

Jennifer Aniston, age 50 years old is a beautiful Hollywood actress. She has recently named as sexiest women by Men’s health magazine. Extreme tan skin, tempting figure, blonde hairs and a very cute smile made her a perfect example of seduction. The TV sitcom ‘Friends’ made her one of the most popular faces of Industry and its hard to believe that it’s been more than a decade since shot to fame by playing Rachel Green in friends, and she is still one of the highest paid actress. She is going to stay on everyone’s list of sexiest women for decades.

Charlotte Ross, best known for her roles as Eve Donovan on the NBC Daytime soap opera Days of Our Lives from 1987 to 1991. Despite turning 51, she is as gorgeous as she was in 29.

Born on 1966 Halle Berry is an American academy award winning actress and former model. Besides 52 years old, she still have one of the best bodies in Hollywood due to consistent work out. She was one of the highest paid actress in Hollywood. She got married thrice and have three children.

52 years old this Mexican beauty is definitely hottest women in our list. She has a wonderfully attractive figure a true fantasy of every manse began her career in Mexico and later starred in Hollywood movies like Wild West. Dogma and Desperado and just seems to defy the years. She swears she has never gone under the knife and never touched cosmetics, but she still manage to look amazing for a woman in fifties. She married to a fresh billionaire and has beautiful daughter.

Supermodel and actress, Cindy Crawford is 53 years now, but still looks incredible hot and beautiful. Best known for her trademark “mole” just above her lip, Crawford is one of the original five “Supermodels”. She graced top on VH1’s 40 Hottest Hotties of the 90s. Also, she was named one of the “100 Hottest Women of All-Time”.

She is simply the girl next door. This 54 years old is still so much adorable. The time seems to be halt for Sandra Bullock. She was voted the “Most Beautiful Women” by people, magazine in 2015 at an age of 51. In the fight with wrinkles aging she is clearly wining by a long margin. Sandra is raising her first child as a single mother. From Speed to Minions she was a part numerous Hollywood blockbusters. She has one academy award.

With stylish but seductive looks, Monica Bellucci is an evergreen beauty. Although she mother of two, but she still manage to look amazing for a woman in fifties. At age 54, Bellucci played the role of a Bond girl in the James Bond film Spectre, making her the oldest Bond girl in the franchise.

She is a hardcore beauty and an exceptional actress. Demi Moore is actually appears to be reversing time. She is now 56 years old. 1.65 meter tall, silky and straight black hair and deep shiny eyes have not lost their glory of old days. She is a true professional who can also go completely bald for a single role. She got married three times and have three Childs. Although she is Again. She is believed to have a personal fortune worth $150 million.

Valerie Bertinelli looks amazing at 59 year old. This American actress, known for her roles as Barbara Cooper Royer on the sitcom “One Day at a Time”, Gloria on the drama series “Touched by an Angel”, Melanie Moretti on the sitcom “Hot in Cleveland”. Bertinelli has been vocal about aging, saying she is much better with age and appreciates the place she is in now.

Sela Ward is now at 62. But, she looks gorgeous as she was in 30, although she’s mother of two children.

This English-Canadian actress, still looks like Sex and the City’s favorite man-eater at her 62. She says, it all because of daily workouts and drinking eight cups of water.

Kristen Mary “Kris” Jenner is an American T V personality. Mother of four famous TV personalities is a common face for TV viewers. She is a self-made millionaire she still have that charm on her face just like her very first TV appearance. Although she is 63 years old but still looks incredible and beautiful.

The 65-year-old mother of 3 children, married four times, still turns heads on the red carpet. With a career spanning more than three decades, Brinkley spent 25 years as the face of CoverGirl (the longest running cosmetics contract of any model in history). She has appeared on over 500 magazine covers.