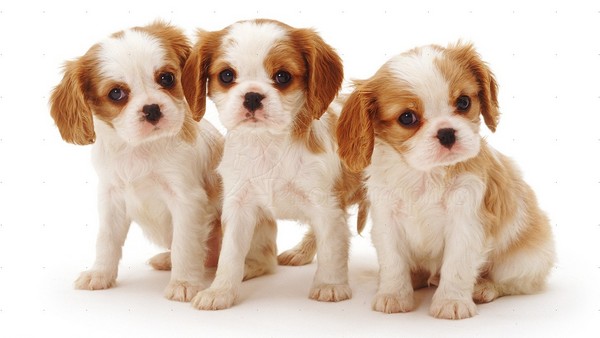 They say that the dog is man’s best friend for three reasons. The first is because it follows, second because it listens without interrupting and without saying anything in response and the third is that it does not give advice! Whatsoever the reasons behind this quote, the fact that a dog is man’s most loyal friend. He is staunch, and we are also believers of this truth.

There are some characteristics that would apply to all dogs be it any breed but some other attributes belong to only certain breeds. For example, haught and arrogance is the merit of the “Poodle” while bravery is usually linked to the “German Shepherd”. Stray dogs can’t be trained as well as pure breeds. Mutts have mixed character and stand at the same point against pure breed as pure fabric against cotton mixed with polyester. It is very common for an American household to have pets and usually it is a dog. Some people keep dogs for safety while others look for company. We have compiled a list of ten dog breeds that give birth to the most adorable puppies.

Bulldog puppies are a popular photo on marketing campaigns and greeting cards. People literally stop on their tracks when they see a bulldog pup. They are small and squat and were initially used by people to compete in a battle called bullbaiting. Also, they used to drive cattle to and from the market. Today they are gentle companions for kids. This kind of dogs are adaptive when it comes to living in the apartment. It has a high sensitivity level and can tolerate being alone so it is suitable for novice people as a pet.

If you have an active social life, the dog will perfectly fit along with your guests as we give it five stars for its friendliness towards strangers. It is gentle towards the family and unlike the bull terrier, we do not associate it with violence and anger. It has high grooming potential with a five star drooling ability by the way. Feed it well and you shall see it gain weight rapidly.

The Golden Retriever is one of the most popular pets in the U.S. The pups are irresistibly cute, almost looking like an elongated teddy bear. It is quite friendly and tolerant when it comes to living with a family and that makes it an excellent companion. It is a highly capable retrieving dog with abilities to assist drug sniffing, hunting, tracking and can be used as therapy assistance.

The dog does not adjust well to apartment living though so unless you live in a home that has plenty of open space around it, do not adapt the Golden Retriever as a pet. It can’t tolerate being alone and it has a very high sensitivity level. This dog breed is very friendly with kids so when you bring in a pup of the same breed, you can expect your kids to adjust well with it. Don’t worry if it cuddles with your little one!

The Labrador is very affectionate but like its ancestors, it is meant for the outside and does not adjust well to apartment life. Its energy level and exercise needs are high and it has maximum training potential. There is a lot of shedding with the Labrador Retriever so cuddling with a pup of this breed is not recommended for kids and adults with breathing issues.

Corgi pups have small legs and large ears that are bigger than their body! The overall impact is absolute cuteness! These pups are the kings and queens of internet memes and looking at one would surely tell you why. They have adorable and emotion filled faces. They are royalty by the way and have been preferred by the British Royal family as pets. Queen Elizabeth II has had over thirty Corgi dogs during her reign! Corgi pups can get round sometimes and enjoy snacks that are definitely not on the dog’s menu. Make sure that you give your pup plenty of exercise although you will enjoy just about any kind of movement they create. Playtime between two pups will be like an epic battle and the Corgi would enjoy playing with almost anyone and anything- including mirrors.

There is something about the Frenchie’s face that is endearing especially when coupled with those big ears! Its was a dog breed that was created in England as a companion dog and used to travel with the English businessmen to France. It is a rare dog breed that once served as a ratter but now just occupies a place in a friendly family home. Like the Pug and the English counterpart, it enjoys and adapts to apartment living. With a generally medium level sensitivity, it is excellent for novice owners and adjusts well with kids to whom it is quite affectionate. It does not have a lot of drooling potential. One downside it the general health of the breed which tends to be towards the lower end. It is easy to train and has a lot of potential for playfulness.

Call it a pup or a teddy bear cum dog- both will do! The fluffy hair, small round eyes and little ears make it almost impossible to not want to cuddle this little thing. The Pomeranian has descended from the large sled dog breeds. The dog is nicknamed “the dog who thinks he can” and has earned a name in agility, activity and overall friendliness as a companion dog. It has almost zero tolerance for being alone although it can adjust to the apartment life in an urban jungle quite well. Although the pup is affectionate with the family, it is not very kid friendly.

See Also: 10 Unique Dog Breeds You May Never Come Across.

If there was a dog that was born to give the owner sad looks it is the Cavalier. The face of a sad pup is irresistible. Although born as a companion, like its spaniel ancestors, the Cavalier too has an adventurous and sporty nature. It is one of the largest toy breeds and loves hiking. It finds success as a family and therapy dog that is affectionate towards the kids also.

See Also; 10 Small Pets That Could Be Right for Your Kids.

Those big paws and extra fur coupled with sad yet cute eyes bring Saint Bernard pups towards the top of our most adorable pup breeds’ list. Originally these dogs were used to guard the Saint Bernard Hospice in Switzerland as they dutifully patrolled the ground. They also saved lost and injured travellers. The dog is versatile when it grows up and can give a show in the ring as it pulls a wagon- it is a weight pulling companion. It has low exercise needs and is moderately adaptive to apartment life.

See Also: Most Expensive Dog Breeds in the World.

Originally the dog was bred for hunting small game rabbits. A Basset Hound puppy has short wrinkly legs, enormous amount of loose skin, very big ears and sad eyes. Adaptive towards living in the apartment, it is a great choice for novice owners and is very affectionate towards kids. The puppy eats a lot of food and for the first six months, it will have a demand almost three to four times that of an adult hound.

The bulldog family occupies yet another position on out most adorable pups’ list and this time is comes at the top in the form of a Pug. Although a Pug has a slightly unconventional face, it is still popular and cute. They are often described as a lot of dog in less space. The small, sturdy dogs are a part of the American Kennel Club’s Toy group. They are known to be the clowns of the dog kind as they have a good sense of humour and love to show off. The Pug adapts well to apartment living and is an excellent choice for novice owners. Unlike the English Bulldog, there is very less drooling so it is more hygienic. The dog is more friendly to the overall family than it is towards the kids alone. It is moderately easy to train with a lot of playful potential.