Birds are born with their forelimbs modified into wings which are supposed to help them in flying. Most birds are capable of flying, which is a very effective technique of self-defence. Some birds are unable to fly, but they are often seen to possess other strengths like fast running. There are some other birds, yet, that have use unorthodox defensive mechanisms. Let us look at some birds with unique defences. 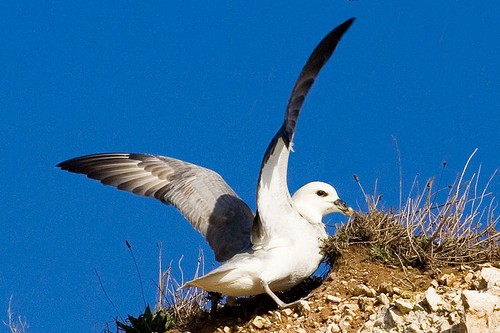 This bird’s name is Norse for foul gull. They are infamous for their foul odour. Even the eggs reek. This fouls smell saves them from predators like humans, but is a weak defence against creatures with a poor sense of smell, like predatory birds. In the face of danger, the chicks vomit a stinky orange oil which sticks to the feathers of the predator which become matted and lose insulating properties, which is potentially dangerous. The fulmars themselves are immune to their own oil, as the babies which are capable of shooting oil start to recognize their parents only after 3 weeks.

Israel’s national bird is noted for its nasty defensive technique. It has a gland near its anus with which it produces a substance that smells foul, and it rubs its feathers in this, to cover its whole body in with the non-appetizing smell of rotten flesh, driving away predators. The substance is also an antibacterial agent which repels parasite and protects the bird from diseases. Adults only secrete it during the period of incubation and taking care of the young, after which they stop. The babies defend themselves when alone by squirting their faeces into the faces of unwanted visitors. 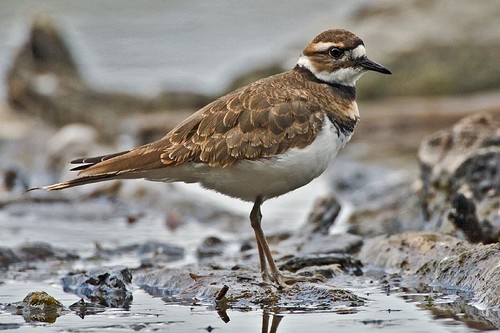 These noisy birds nest on the ground, making their babies vulnerable. As a means of protection, adults use a clever ‘broken wing act’. When it sees a predator near the nest, it fakes a distress call, pretends to have a broken wing and drags its ‘broken’ wing, away from the nest, flapping the other one. Most animals begin chasing after the injured animal. While the adult distracts the predator, the chicks run away. When a safe distance has been created between the nest and the predator, the adult, too, flies off. But, animals like cows or goats may end up stamping on the nests anyways. 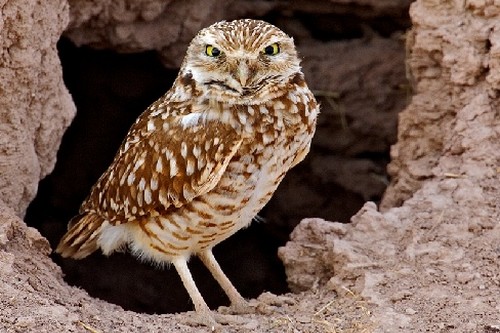 These owls either dig out their own burrows, or live in abandoned ones. There, they leave their chicks alone as they go hunting. The vulnerable chicks have developed a rare kind of mimicry as a defence technique. Whenever they feel threatened by an approaching animal, the chick produces a hissing sound which resembles a rattlesnake’s warning sound. Most predators, including humans, are aware that the pit vipers hide in burrows, and recognize the rattle. So, they run away. But this false sound does not fool the real rattlesnakes who are deaf to not even hear their own rattle. 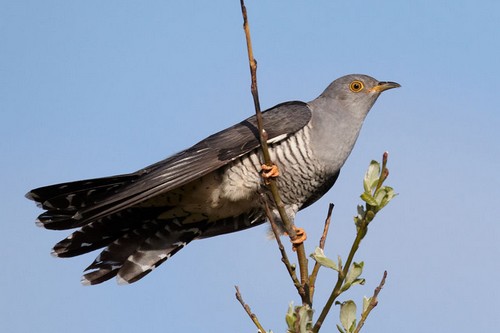 This bird lays eggs in other birds’ nests. The hatched chick destroys the host’s eggs and chicks, and eliminates competitors. It is also quite dangerous to lay eggs in the smaller birds’ nests. In order to protect themselves from the potential attacks of vicious small birds, the cuckoo has developed an appearance resembling the Sparrow Hawk which feeds on small birds, and scares them away from the nest. Birds are unable to tell the difference and are fooled by the disguise. They start to panic at the sight of the ‘hawk’ and leave the nest empty for the cuckoo to lay her eggs in peace. 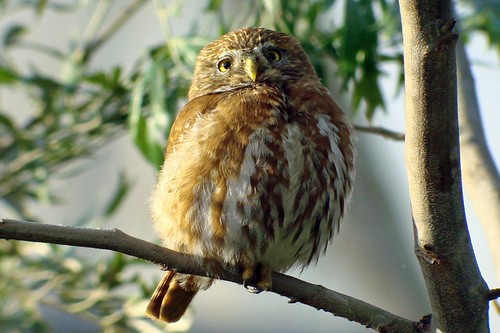 Owls not only feed on nice and rodents but other birds, too. The ferruginous pygmy owl is a strong bird hunter, and is capable of taking down birds twice its size. Smaller birds apply ‘mobbing’ upon the owls they are scared of, i.e. they noisily harass the owls during daytime to drive it away. Mobbing can be very dangerous for the small ferruginous pygmy owl. To protect itself, it has developed two large spots at the back of its head which is mistaken as eyes by other birds and try to approach from the other side, meeting the owl’s real eyes, and probably o its plate. 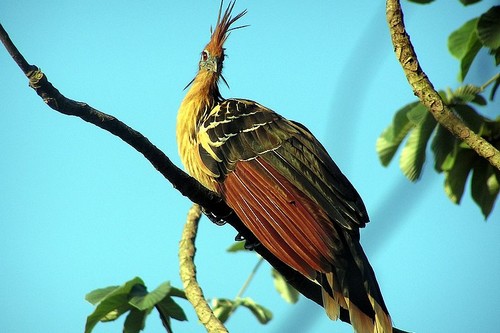 The relation of these “fossil birds” with other bird species is unclear, and is different from them. It feeds on leaves and digests them with bacterial fermentation, which gives it a stench. But this stench is not its defence. Hoatzins build nests in tree branches that hang over water. When the chicks feel threatened, they leap into the water. The chicks are excellent divers and swimmers, and when they feel it is safe again, they climb back, using the two claws on each wing, a feature seen in the feathered bird-like dinosaurs, and the claws disappear as the birds grow up. 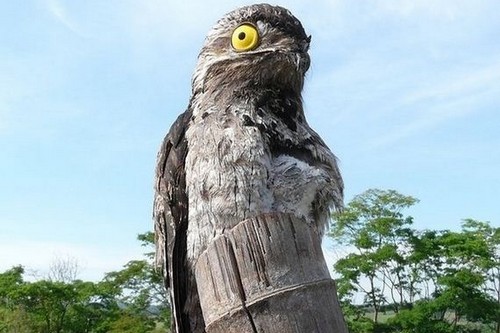 This bizarre nocturnal predator is also called the “ghost bird” because of its great camouflage. It feeds small creatures of flight, like insects, bats and birds. During the day, it sits perched upon branches, motionless, camouflaging as a dead or broken tree stump, which is easy because the pattern of its feathers. It can keep an eye on its predators even with its eyes closed, because of the slit in the lids. The bird remains undeterred even if another animal approaches it, and it only flees away when it thinks that it has been discovered. It is also quite unrecognizable at night. 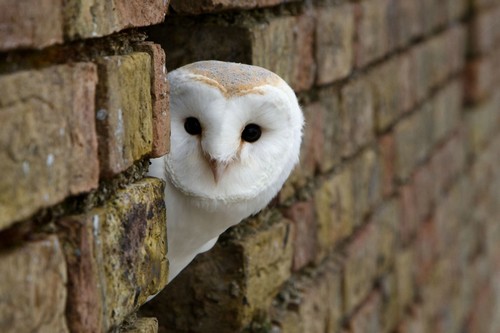 This otherwise simple creature has an extraordinary defence technique. When confronted by small or unaggressive enemies, it does what most owls do: it puffs its feathers out and starts to hiss, to appear fiercer and bigger. This helps it to intimidate the enemies and drive them away. In front of larger and more powerful enemies, however, it flattens its bark-like feathers, and squints its eyes so that they are almost invisible. This helps it resemble a tree stump with great accuracy, and the camouflage helps it escape the attention of the predator. 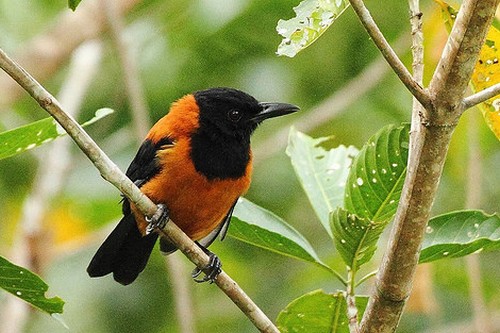 These birds have a fascinating defence method, in the sense that it is simple and yet effective. The birds are poisonous. The feed of certain beetles containinga strong neurotoxin alkaloid, also found on the skin of the American poison dart frogs. The poison from the eaten beetles is concentrated on the birds’ feathers and skin. Touching it can cause tingling sensations, numbness or burns. Locals eat the ‘rubbish bird’ only after roasting the meat on charcoal after removing the skin and feathers. The bright colouration is indicative of the bird’s poisonous properties. It also rubs the poison on its eggs.

There are several other birds that use similar techniques. Apart from these amazing birds, unique defence techniques can also be observed among many mammals.