Spiders are a common sight in every place. At least some people have developed a fear of these eight-legged creatures, known as Arachnophobia. There are around 40,000 species of spiders in the world. However, only a small fraction of them pose any danger to humans. Most of the spiders are not aggressive and tend to escape at the mere hint of danger. Even the venomous ones attack only in extreme situations. There are some spiders whose bites can cause severe problems to other beings. Here is a list of top 10 Dangerous Spiders. 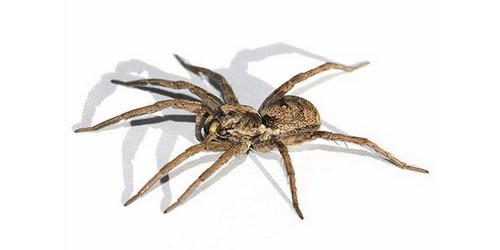 Wolf spiders are a family of more than a hundred species. Also called Ground spiders, they are found in all continents. They inhabit in grass and dim places. Most of the Wolf spiders are brown in color. Only a few species weave webs. They are extremely fast but not very aggressive. Their bite is poisonous but seldom lethal. Pain and itching are the common bite symptoms. 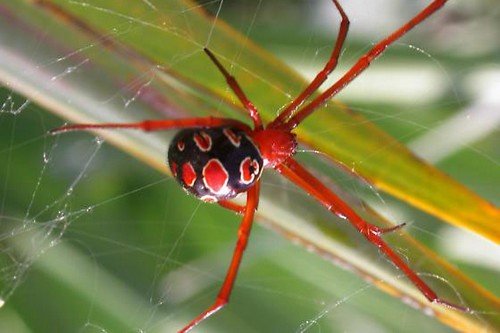 A member of the Widow spiders, the Red Widow or the Red-legged Widow spider is mainly found in parts of Florida. Like its relatives, the spider is not generally aggressive and injects venom only in small amounts. The bite symptoms are similar to that of others’, like muscle pain, cramps and nausea. Death is very rare but children are vulnerable to the bites. 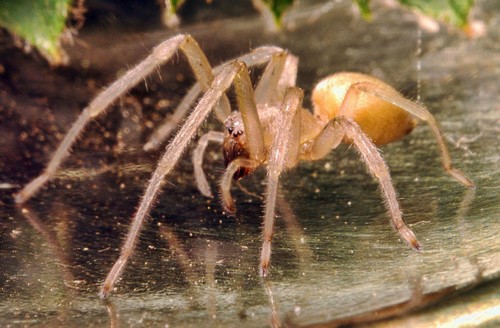 Found in many parts of the world, the Yellow Sac spider is considered to be the culprit of most of the spider biting cases. Its bite is similar to that of Brown Recluse, another name on this list, but less dangerous. The venom can cause the destruction of cells but it rarely poses danger to humans. Pain and swelling of the bitten site is the common effects. 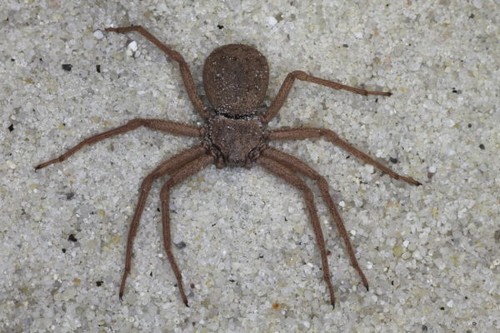 Native to the desert regions of southern Africa, the Six-eyes Sand spider is one to be wary about. Since there have been only two suspected cases of bites to humans, the exact effect of the spider bite is not known well. However, the venom is found to cause leakage of blood vessels and tissue destruction. 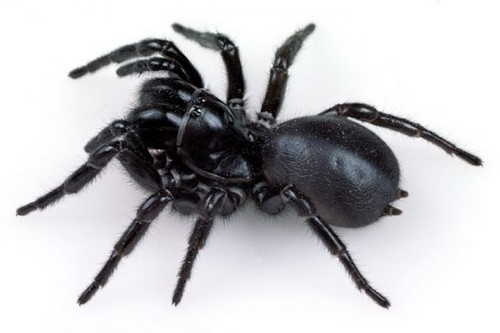 This spider, native to eastern Australia, is one of the most feared spiders. Funnel Web spiders are particularly dangerous, but this species is a little nastier due to their aggressive nature. Sydney Funnel Web has large fangs, comparable to some snakes, and bite with full dose of venom repeatedly. Contrary to the general case, the males of this species are lot more dangerous, with much more potent venom. The bite can cause muscle pain, vomiting and swelling of brain and death as soon as in 15 minutes. There hasn’t been a death since the invention of anti-venom in 1980. 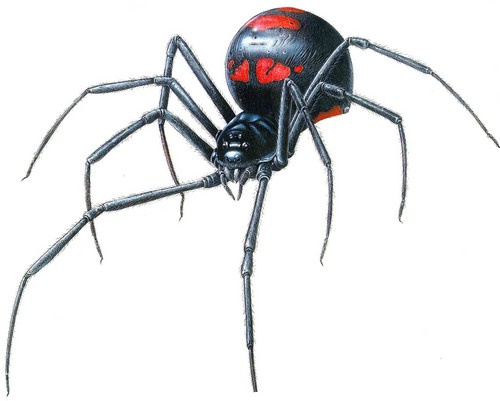 The Black Widow spider (Latrodectus mactans) is found mainly in Americas. It is noticeable for the colored hourglass marking on its black abdomen. The females are most abundant since they eat the males after mating. The spiders, like many others, are non-aggressive and attacks only in self defense. Its bite causes muscle pain, cramps, breathing problems and nausea but causes no serious damages. However the bite can be fatal to children and elderly. 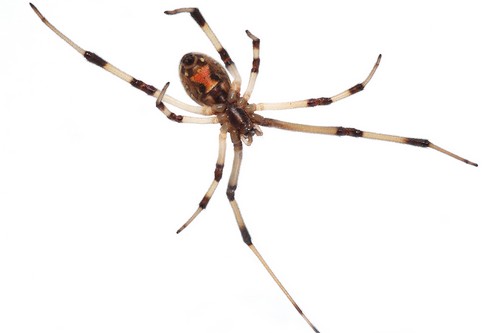 The Brown Widow spider (Latrodectus geometricus) is a close cousin of Black Widow and Redback. It is found in various parts of the world. Its poison is more venomous than that of Black Widow but the spider only injects it in tiny amounts. Like many spiders, the males are smaller and less dangerous than the females. The venom of Brown Widow can cause muscle pain and temporary paralysis. Fatalities are very rare though children are susceptible to the venom. 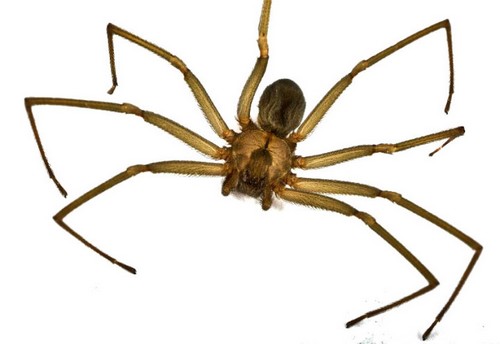 Also known as violin spiders and fiddlers, Brown Recluse is one of the notorious spiders in the world. They are identified from a dark violin-shaped marking on the head. Most of them are found in United States. Brown Recluse are extremely venomous, and their bite can cause fever and tissue destruction. The bites of some take months to heal, and further infection can cause fatalities. Sometimes amputation is needed. The spider bites have reportedly caused some deaths, most of them being children. 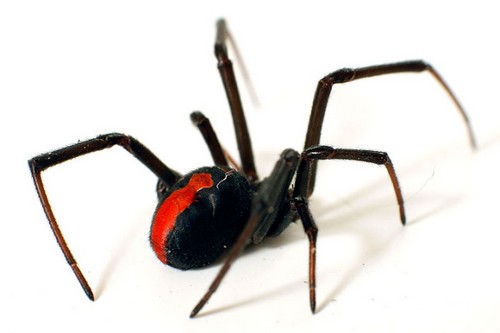 Native to Australia, the Redback spider (Latrodectus hasselti) is a relative of the Black Widow. It is identifiable for the red strip on the black-colored back. The spider is not aggressive but bites when feels trapped or when protecting the eggs in case of females. It injects venom in small amounts. The venom can cause pain around the bitten area, rapid heartbeats, abdominal cramps, nausea and sweating. The bites are rarely fatal. 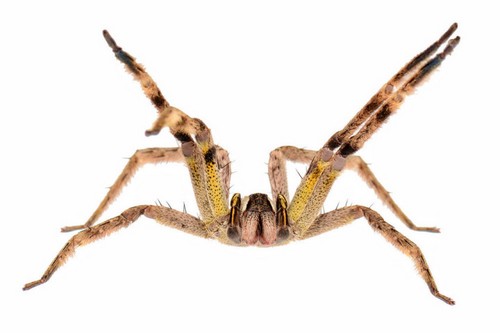 At the top position, we have the Brazilian Wandering Spider (Phoneutria fera). It is the most venomous spider according to the Guinness world records. Like its name suggests, the spiders are eager travelers and turn up even in unexpected places. Its venom is many times more deadly than that of many other spiders in this list. It leads to muscle shock and paralysis and in certain cases, death. Children are particularly vulnerable against the venom. There have been numerous deaths reported over the years.