The history of nursing has been a fascinating series of twists and turns. Often relegated to a secondary position within the medical community, many nurses have proven to be crusaders for change, impacting history. These nurses, now mentioned in the history books, changed the world for the better. Here are ten of them.

10 Most Famous Nurses in History : 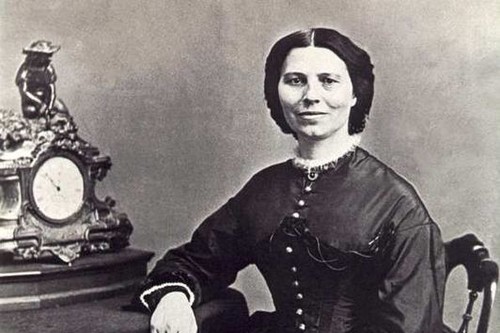 Clara Barton is a well-known figure in history. She first took up nursing as a ten year old after an older brother’s injuries required frequent care. Already prone to taking up jobs traditionally held by men (and insisting on receiving the same pay), when the Civil War started in the U.S. Clara dove into the traditionally male role of nurse, working directly on the front lines of the battle. During one battle she even experienced a bullet tearing through her dress (but missing her) and killing the man she was treating. She would eventually be selected to create the first branch of the Red Cross in the United States. 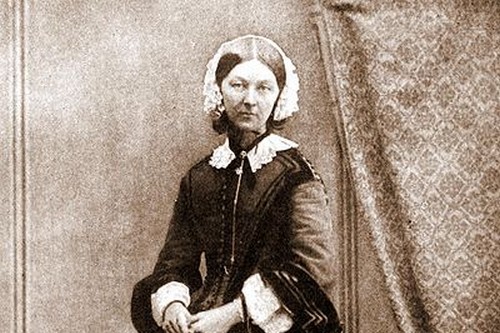 Florence Nightingale was for the British but Clara Barton was for the Americans. Already well known as a nurse and a traveler, Florence traveled to the Crimea with a group of women volunteers to provide care for wounded British soldiers. Horrified by conditions in the field, she lobbied for and helped to create the first modern field hospitals, emphasizing regulations covering sanitary conditions and care, reducing fatalities of wounded soldiers from over 40% to around 2%. After the war she would found the world’s first formal nursing school for women (now part of King’s College of London). 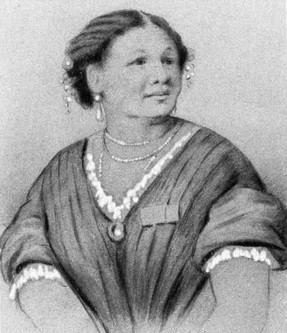 Mary Jane Seacole was a contemporary of Florence Nightingale who also rendered aid to British soldiers during the Crimean War. A Jamaican born Creole (and proud of it), she learned nursing as an apprentice with to her mother, utilizing traditional African and Caribbean medicines alongside of modern knowledge of things like contagion theory. She practiced medicine throughout the world and engaged in modern scientific enquiry in order to further her knowledge and skills. When she attempted to provide aid in the Crimean War she was initially turned away by the government. She then used her own funds to travel to the Crimea and establish a recovery home for British officers. Florence Nightingale would speak highly of Mary’s work. Her legacy was to open doors for non-white nurses in the Empire. 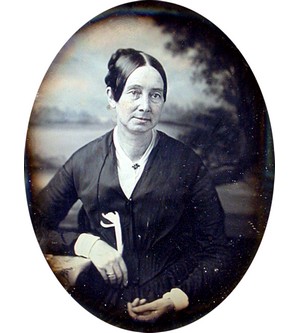 Dorothea Dix hated the way we treated people with mental illness. Originally a teacher, she became a student of mental healthcare in a time where mental health care meant “lock them up in the basement.” She began doing state-wide surveys of how “mad” people were treated throughout the eastern seaboard of the U.S. then delivering her reports to state legislatures. In 1845 her efforts were rewarded when New Jersey became the first of many states to invest in an institution for the humane housing and treatment of the mentally ill during her lifetime. 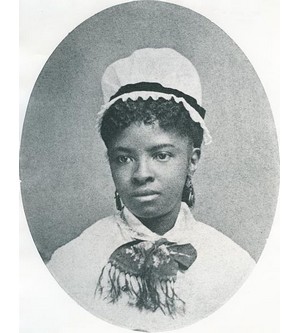 Mary Eliza Mahoney wouldn’t take no for an answer. A black woman in the post-Civil War era U.S., she worked at the New England Hospital for Women and Children for 15 years before finally being allowed to join its nursing school. She graduated in 1905 and began a career as a well-known and respected private care nurse. Her recognition enabled her to open the door for black nurses to receive formal training, head a medical facility (the Howard Orphan Asylum), and join what is now known as the American Nurses Association. She was also one of the first women in Boston to register to vote in 1920. 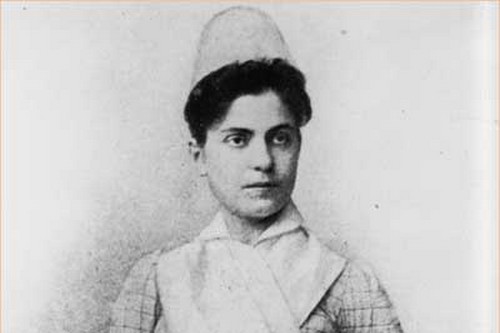 Lillian Wald was horrified by how we treated poor immigrants. After being called in 1893 to save the life of a woman who had been abandoned by a doctor because she could not afford to pay him Lillian founded the first organization of “Public Health Nurses” in Manhattan’s Lower East Side. These public health nurses provided subsidized health care to immigrants, the destitute, and anyone else who couldn’t afford healthcare otherwise. Her original organization, the Henry Street Settlement continues this work to this day. 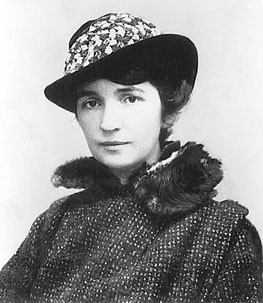 Margaret Sanger was a dangerous woman. Convinced that her mother’s eighteen pregnancies had contributed to the woman’s early death Margaret went on the warpath. In a time where the Comstock Law declared any information on reproductive health to be obscene, she gave public lectures, published circulars and magazines, smuggled diaphragms into the country, and provided care to women after back alley abortions gone wrong. Margaret would be arrested for this criminal spree in 1916. She would be found guilty, but an appeals court ruled that women’s health issues and birth control could be legally discussed with and distributed by trained medical personnel. Margaret would go on to found the organization now known as Planned Parenthood. 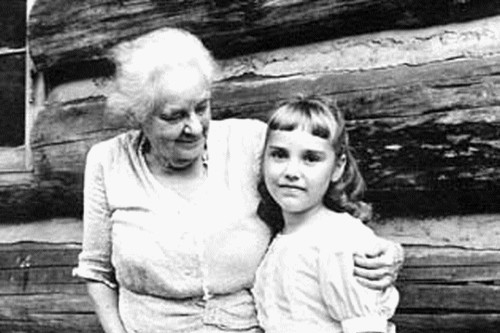 Mary Breckinridge had a very different approach to women’s reproductive health than Margaret. While serving as a nurse for the American Expeditionary Force in WWI, Mary met with European midwives. She quickly realized that their approach to women’s reproductive health could meet the needs of women living in the most remote parts of the U.S. She returned to the U.S., climbed on the back of a horse, and began providing prenatal and childbirth care to women throughout the most inaccessible parts of the Appalachians, allowing patients to pay however much they could in whatever way they could, including chickens or trade. Soon enough nurses were following in her footsteps to form the Frontier Nursing Service in Kentucky, an organization that continues to this day. 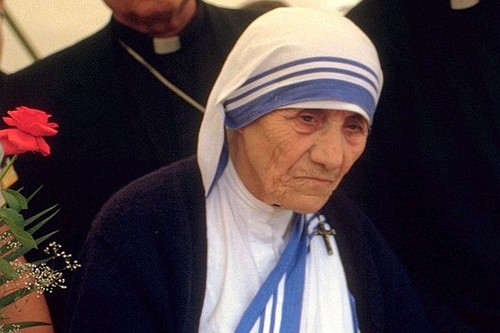 Born in the Ottoman Empire in 1910 as Anjeze Gonxhe Bojaxhiu, Mother Teresa was determined to care for the most oppressed and downtrodden people of India. Trading the traditional nun’s habit for a simple white sari, she organized a dedicated force of nun nurses to provide healthcare for the slums of Calcutta. Her most famous patients were the “untouchable” lepers that no one else dared to approach. Though working under the auspices of the Catholic Church, the care she provided was distinctly non-sectarian, with the nuns reading from the Quran for suffering Muslims, and delivering water from the Sacred Ganges to dying Hindus. Currently 4,500 nuns work in 133 nations providing compassionate, non-denominational care to those the rest of the world would ignore. 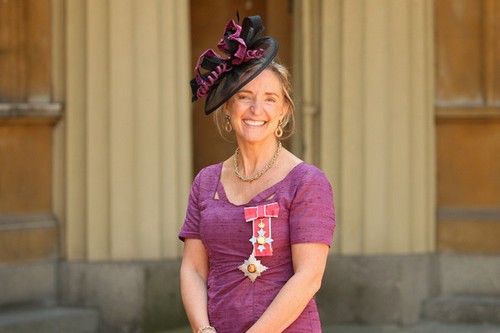 Claire Bertschinger, unlike the rest of the nurses on this list, isn’t done making a difference in the world. A dual citizen of the U.K. and Switzerland, she used her legal status as a key to being able to provide nursing services throughout war-torn regions of the world. However it was her work in a famine that would change the world. In 1984 she would be working to provide aid to the starving in Ethiopia. Part of her duties was to pick which few dozen children out of thousands were able to enter a feeding center for a meal. Horrified by having to essentially decide who ate and who starved she gave an interview to a BBC News crew that caught the attention to singer-songwriter Bob Geldof. Bob would organize the first of a series of concerts that would ultimately raise around a quarter of a billion dollars for famine relief.

The Next Name on the List of Famous Nurses:

Nurses continue to advance not just the medical well-being of patients in hospitals, but the social well-being of the disadvantaged throughout the world. The current challenges facing nursing, with a growing shortage of trained and certified people is forcing today’s nurse to innovate and challenge the current social structures on their treatment of people’s health needs. Whether it is the ongoing HIV crisis worldwide or the risks of the spread of diseases from poor access to drinking water and growing urbanization in an overpopulated world, there are nurses out there today who are seeking to change society for the better. In time they too will end up being added to the lists that are populated by these ten women and the many, many others like them.