Women and women rights have always been a matter of sensitivity in all the ages. From the early medieval period till now this gender has never been fully satisfied with the behavior it is dealt with. It has been a really rough road for women with respect to rights of voting to equal rights as men and the fight still is being fought as there’s much more left to do. Even the Hollywood film industry is not spare from the male dominance despite more efficiency from the actresses as women are paid less than men. From the White House to the common dealings, no matter how much we boast off the equality we have got so far, the common woman has still to tolerate much. Aside from articles, talk shows and literature, the film industry is doing its part for highlighting this crucial issue and spread awareness. Below is the list of top 10 highly ranked Hollywood movies with feminist plot. 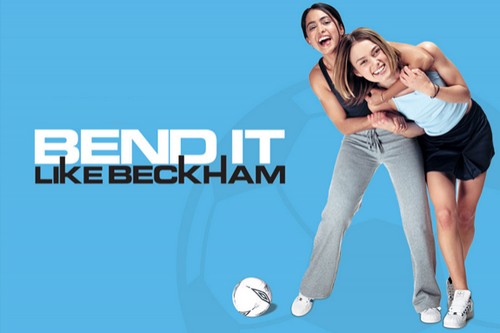 This movie is about breaking the stereotypes attached with the women as they are expected to do what a woman should do from a man’s perspective. Two girls of different cultures, British and Indian, are criticized heavily from the society and their own family for playing football. They become friends, have misunderstandings but let their grudges go and support each other for the rest of their lives. This movie is about how if women take a stand for themselves and have unity and respect for each other can do whatever they want. 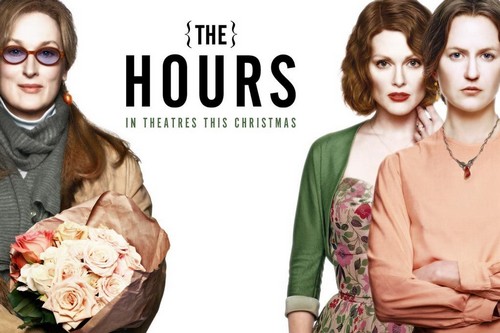 Okay so we have to admit this talk of the town movie is an intricate one and hard to understand as the theme has three women of three generations and eras going through the same conditions. Virginia Wolf, a famous writer, Laura (Juliana Moore) and Meryl Streep as Clarissa are portrayed as three unhappy women who cannot be contented despite with materialist abundances and end up depressed. All of three have been in the homosexual relations be it for a little while or long like Clarissa. What disturbs them is the unacceptance of the kind of women they want to be. Not letting be doing what they aspire to do and becoming who they want to be they end up in severe trauma. 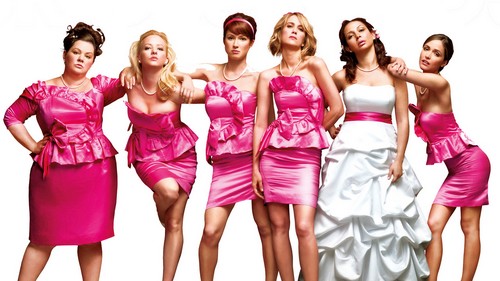 On a wedding the friends of the brides are mostly the ones really excited and helpful. The culture of bridesmaids is a really powerful one as it represents the unity and love women have for their gender fellow. Such is the theme of Bridesmaids in which 5 of the friends have to arrange everything for their best friends and experience a beautiful feeling. 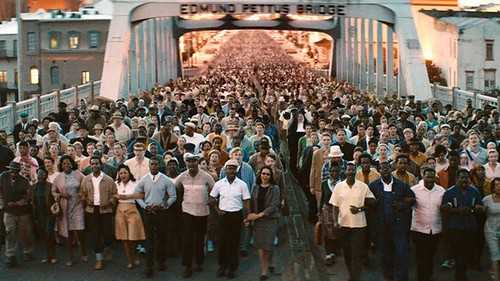 Portraying the crucial events of the Civil Rights Movement and the tireless, heroic efforts of Dr. Martin Luther King. this movie was a total blast. The idea behind this plot was the equality of women out of their race and color which is a really beautiful and rare thing to see in entertainment industry. 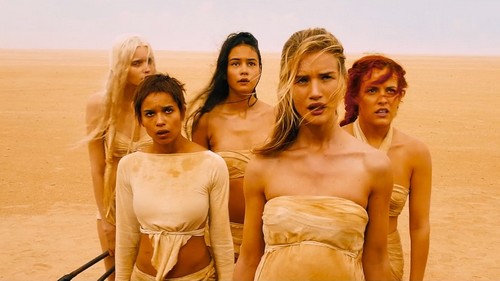 Only the duet of Tom Hardy and Charlize Theron can do justice with such a horrifying movie. Women rights violation is the plot of this box office hit. Charlize Theron is casted as a strong leading woman who chose to help other exploited women risking her own life. The good thing is that a man, Tom Hardy, is seen to be helping Charlize for the cause. 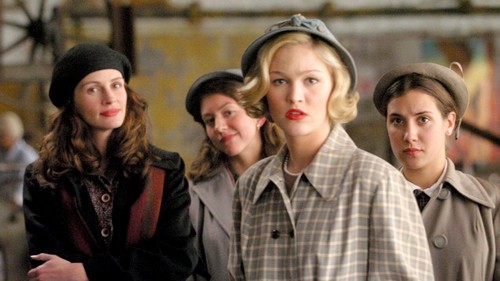 The movie revolves around a pure feminist theme in a conventionalist town named Wellesley. The collective environment of this town is orthodox that even women are reluctant to adapt into shifted definitions of their gender. In such a town comes a passionate teacher whose sole passion in life is to teach the youth of Wellesley the contemporary trends. Katherine Watson, the liberal teacher, is a single person who has not married out of her own consent for she prefers her carrier, her passions over the marriage. Katherine talks about how women should adapt into the changed modern trends and let go of the idea that a woman can only be completed when married. To her, woman can choose whatever they want whenever they want free of what the society and people think of her. She is as free as a man. 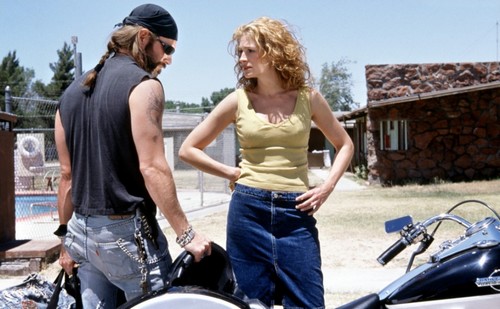 Released in 2000 this movie was the most gossiped one and inspired quite a market. Erin is a single mother of three kids who lost the law suit she filed. Having much debts and no job she seems to be a desperate person looking for a job for a better future of her kids. Getting a job from her lawyer, she started working as her clerk managing the files. There she finds out some files related to some corruption scandals of poisonous waters supply at the down Hinkley. Digging deep into it she started investigating the problem and went for the interviews for the Hinkley people and did her own research. Her lawyer Ed Masry finally wins the law suit all due to her tireless efforts. The film is an inspiration, a strength for all of the women out there dealing with single parenting showing us how tough times don’t always have to stay, you got to dare a plunge and use your women powers. 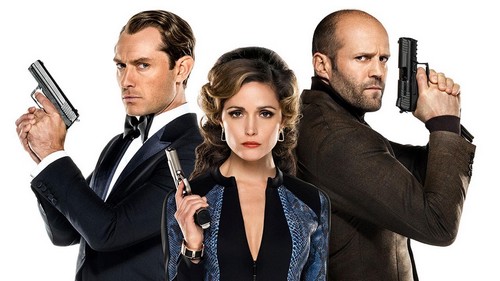 The best part about Spy is the comedy duo of Melissa McCarthy and Judy Raw. Melissa has performed the role of a CIA agent who despite having training, have spent her entire carrier on the computer providing the information to her agent Judy Raw for years. She feels blue about herself for her job and dreams of going on the field. She has a secret crush on her agent Judy as well which she never got to express owing to the incompatibility. The twist comes right when Judy is making wrong moves and she is the one who saves him from the disaster. For once, Melissa takes control of everything even herself and let go of her complexes and wins everything. The movie revolves around the women power and the idea that women can conquer the world once they decide for it.

2. He Named me Malala 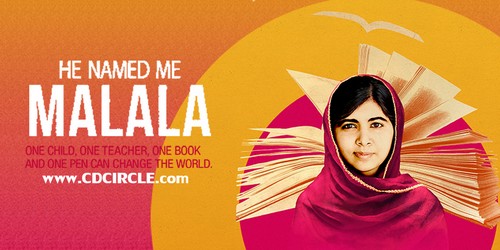 Based on a real story of a Pakistani teenager, a victim of terrorism, Davis Guggenheim highlights this great teenager who fought back the terrorist ideology and took an initiative of taking the cause to the next level she was attacked for. Malala was attacked for going to school in a Taliban lived area. Even after the warning she did not back up rather kept perusing her education daring enough to not fear the tyrants. Eventually she was shot by the Taliban on her head. Even this did not frighten the little teenager of her acquiring her ambitions rather she stood with more force and energy to speak for the women’s rights. Malala has now become an icon of feminism. 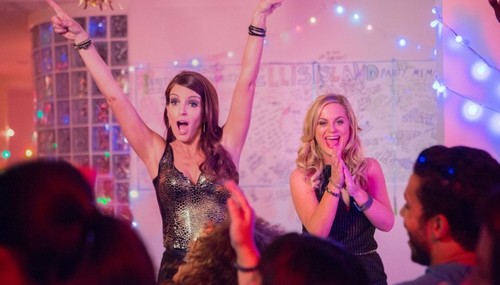 This great movie was released back in 2015 starring the funniest super star of Hollywood, Tina Fey as the genre of the movie is comedy too. The movie revolves around two sisters who have got together after a long time in their parents’ home where they grew up because they are selling the home. Spending some quality moments in their home recalling the old memories both sister go through all kind of sentiments, love, resentment and annoy. They argue bad, fight, mess up with the entire home and finally end up realizing each other’s value in their lives. The is a lesson for all the women audience to never hold on grudge instead hold on each other and never let the love end. It’s concludes with as women should be valued to women.