Though WWI marked the emergence of the tank, WWII saw the real unshackling of this mechanical war beast. They played a vital role in both allied and axis powers during war. Most armies were producing tanks and there production climbed each month. Both allied and Axis powers like the Britain, United States, France, Germany, Italy and Japan produced significant numbers of tanks before and during WWII. Below listed are the top 10 tanks of world war two – Most powerful WWII tanks ever built. 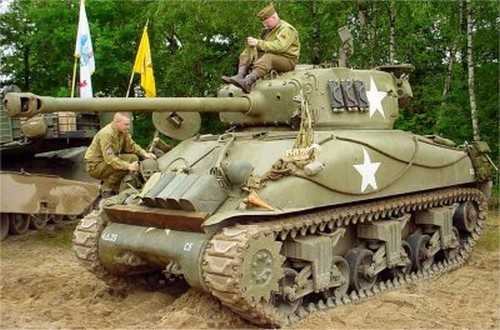 The second most produced tank during WWII. Manufactured by United States and some other western allies in WWII. This was mainly due to America’s lend-lease program that provided US military aids to foreign allied nations. Categorized as a medium tank, M4 Sherman had an average 75mm main gun with 90 rounds and had a relatively thin armor (76mm) compared to other tanks in the era.

Introduced in 1941, Sherman is named after the famous American civil war general William T Sherman. Sherman was occupied in numerous battles and campaigns from 1942 to 45. The relative lack of firepower was compensated by the vast number of production and about 50,000 tanks were built during WWII. 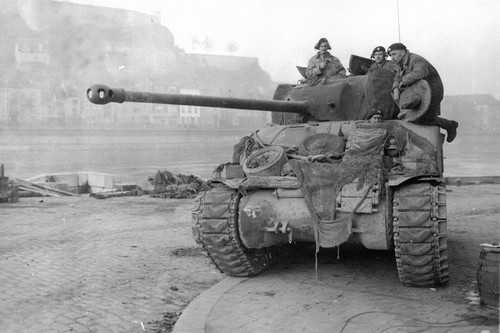 A British variant of the Sherman tank that was fitted with the devastating 17 pounder antitank gun, which packed more power than Sherman’s 75mm main gun. The 17 pounder was powerful enough to cripple any known panzer tanks .Characterized as one of the deadliest tanks ever built, Firefly was one of the few allied tanks that was feared by Axis.

Total number of production reached 2000 plus at the end of 1945 which marked the end of WWII. 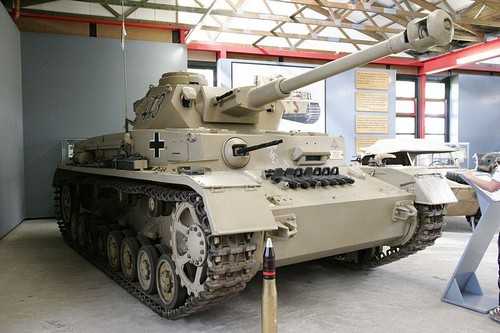 One of the extensively used German tanks and the most produced German tank during WWII. Production remained active until the very last moments of WWII in Europe. It was armed with a 75mm main gun that could destroy a soviet T 34 at a range of 1200m.

Though initially deployed as an infantry support tank, it eventually took the role of panzer 3 which was the older model and began engaging in battle purely as a main battle tank. But later was outflanked by soviet tanks and around 6000 panzer IV tanks were destroyed by soviets from Moscow to Berlin. 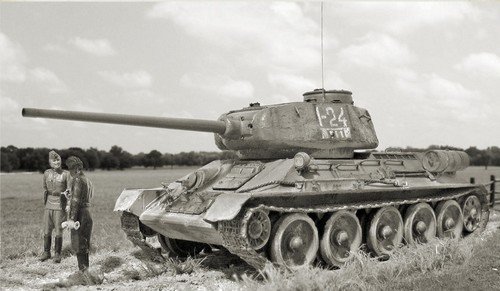 This legendary tank was the highest produced tank in WWII and second highest produced of all the time. Around 84,000 were built by Soviet Union and one of the longest existing tanks ever manufactured. Many surviving units are located in Asia and Africa.

Popularity was partly due to the thick 45mm sloping frontal armor which was resistant to the panzer IV main gun. It was fast maneuverable and tough which bothered the invading German tank commanders gravely. 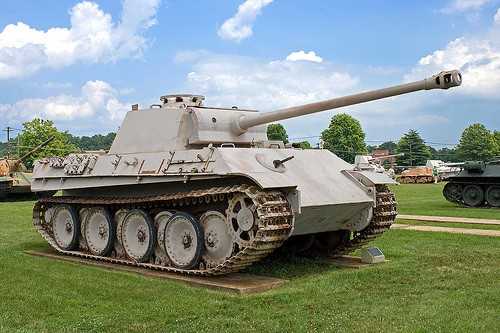 A medium German tank that entered the battlefield in 1943 and remained in service till the end of WWII. (Link 1) A total of 6334 tanks were built. It was fast (34 mph) and tough (20mm armor) and had a 75mm main gun with 79 to 82 HE rounds that was powerful enough to cripple any allied tank at that time and was technically superior to Tiger and Panzer IV tanks.

Though later outnumbered by numerous soviet T 34s, it remained a strong combatant till the end of war. 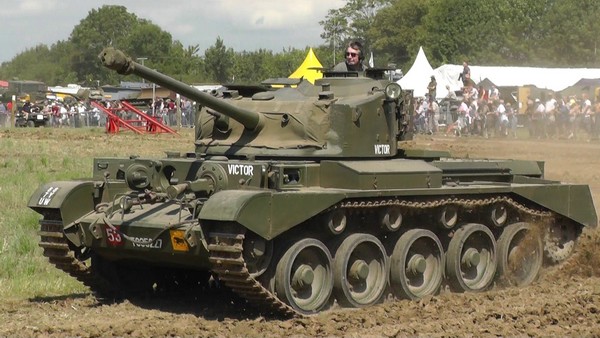 One of the most powerful combat tanks from Britain and probably was the best she offered during WWII. Had a high-powered 77 mm main gun that was a shortened variation of 17 pounder gun. Strong armor measured 101mm. Did not cause a significant impact on WWII due to late entrance and entered the battle field in around 1944 when Germans were retreating and aided allies in their final approach. Comets entered service after crossing the Rhine. But during its short period of service it proved to be an efficient and reliable war machine. 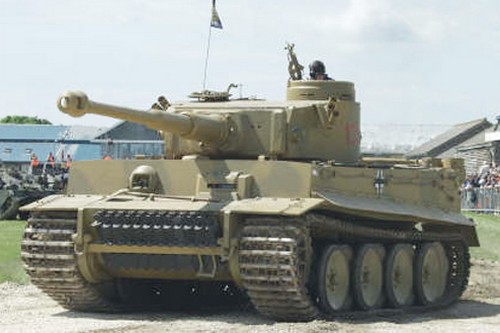 Introduced in 1942, the Tiger I is a German heavy tank with a crushing 88 mm main gun with 92-120 rounds that was successful against both air and ground targets. The German designation for this beast was Panzerkampfwagen Tiger Ausf.E, but was simply called Tiger by allies.

Had a top speed of 38km/h and was guarded with 25 to 125mm flat armor. Tiger suffered few mechanical hiccups as soon as it arrived in 1942 but soon overcame them and became a ruthless hunting machine by 1943.

The Tiger was a fearsome machine that caused the allies to invent better tanks. It symbolized the sheer power and might of the Nazi war machine and until mid 1944, no ally war machine had the strength and penetration power to directly face a Tiger in combat.

But during the latter part of the WWII, the Tiger was frequently challenged by up gunned Sherman Fireflies and IS 2 Soviet tanks. 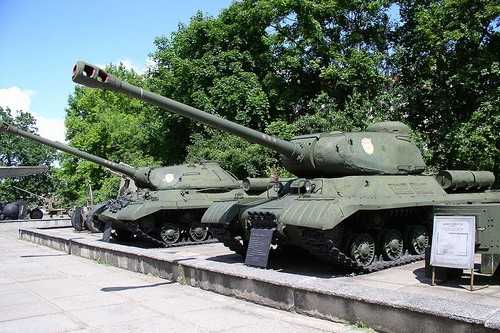 Belonging to the IS tank family, IS 2 heavy tank was mounted with a massive 122 mm main gun and had a sloped 120mm thick armor. This frontal armor proved impenetrable to German 88mm anti- tank flak guns at 1000m. Production started in 1944 and total 2252 IS tanks with 50% being new IS 2s were built.

During the battle of Berlin, IS 2 tanks were used to destroy entire German buildings by High Explosive rounds fired from the main gun. It was the thrusting force behind the advancement of the red army towards Berlin. 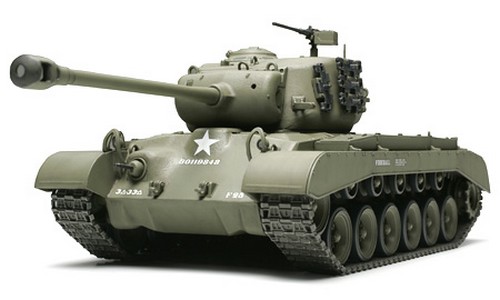 A USA built heavy tank that entered the service bit late in WWII. Introduced in 1944 and a total number of 2212 were built. Pershing was a more sophisticated model compared to Sherman tanks with a lower profile and larger tracks] making it more stable.

Main gun was a heavy 90 mm with 70 rounds and was enough to penetrate and destroy a Tiger I tank and had the strength and might to face anything that Germans or Japanese could throw at it. Only 20 tanks saw action in Europe and few were sent to Okinawa. Following WWII, Pershings took part in Korean War and continued to serve as a fierce tank for USA. M26 Pershing could have been a game changer if introduced a bit earlier in the war. 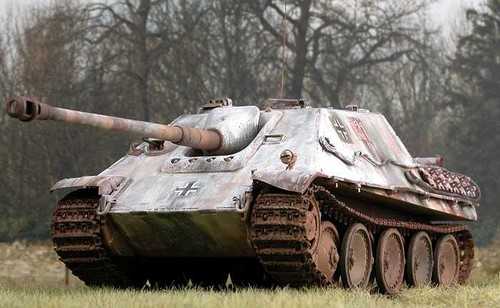 One of the most powerful ‘tank destroyers’ in WWII. This heavy tank was based on the panther chassis and entered the battle in 1943 just to serve till 1945. It was armed with an 88mm main gun with 57 rounds and had a 100mm frontal armor to protect the crew. Main gun was accurate up to 3000m and had a muzzle velocity more than 1000m/s.

During the war, only 415 tanks were built. Jagdpanthers saw their first action on 30th of july 1944 near St. Martin De Bois France and destroyed eleven Churchill tanks within two minutes. The technical superiority and advanced fire power did not cause much impact on war due to late introduction.