It was around the end of World War II that the Nazi’s began experiments trying to build a mega weapons. Form monstrous battle tanks of the size of a four storied building jet bombers that look something like the modern day destruction machines, they tried to build it all. It’s no secret Hitler wanted to conquer the world and he left no stone unturned to achieve that when trying to build a super weapon. Fortunately they succeed building only a handful and that too were mere prototypes. Later the blueprints of many of those projects were found and made public. We are just grateful none of the actually succeeded because that would’ve changed the result of the war, in favor of Germany. Now, without much ado, check out these super weapon built by Nazi during World War II. 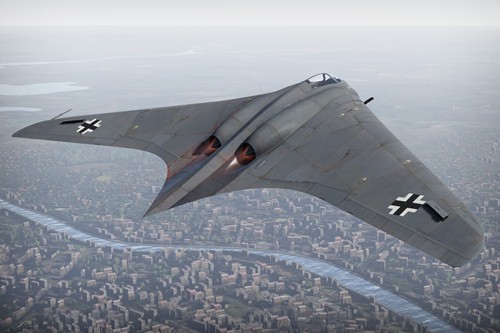 Jet bombers are pretty common these days but you’d be surprised that to know that it was the Nazi’s who first came up with the idea of building an aircraft powered by jet. The Horten Ho 229 is among them most amazing super weapons built by Nazi. It’s one of the stealthiest aircrafts that could sneak up to the enemy base without being picked up in the enemy radar. Speaking of capacity, the Horten Ho 229 could carry 1 kilograms (2,200 lb) of bombs for distance of a km (620 mi) at a speed of 1km per hour (620 mph). But the problem was the fuel consumption.

Although Hitler ordered mass production of the aircraft but not many of them could be made owing to various reasons. Only a few unused prototypes were built that still remains, the rest were either destroyed or captured.

The German army has always been renowned for their superior tank forces and therefore it wasn’t long before they thought of building the largest and the most powerful tank in the world. It was called the Landkreuzer P.1000 Ratte and was planned on being 145 feet in length and four stored building in height. It’d weigh 1000 metric tonnes, heavier than any other tank in the world. And though the design soon got approved by Krupp director Edward Grottein June 1942, it wasn’t practical to build such a tank and the project soon got shelved. Moreover the tank weighing like that is useless for the military, it isn’t convenient and could be easily spotted by enemy from a distance. But had Landkreuzer P.1000 Ratte been built, the tank could easily have been ranked among the top super weapons built by Nazi. 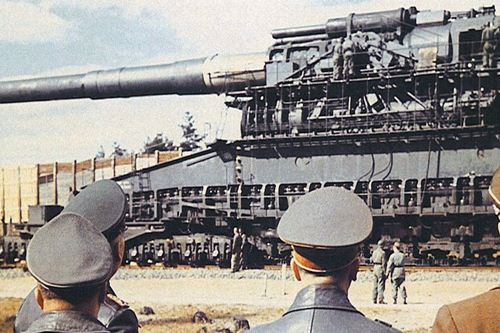 The Schwerer Gustav is just one of the super weapons built by Nazi but is also the largest gun ever built and fired in human history. It could fire 800mm shell and weight so much that it had to be transported via the railroad. In a bid to destroy the main forts of the French Maginot Line, the weapon was built by Krupp in the 1930s. The weapon’s shells were designed to weigh 7 tonnes and device would weigh 1,350 tonnes. The gun could be assembled in just 3 days and had to be operated 250 men. As with many of the weapons in this list, the weapon was too big, too bizarre for practical usage and could be easy target for the enemy bomber aircraft. However, they managed to build the weapon and was use at the siege of Sevastopol and Stalingrad were it fired around 40 rounds but was captured and destroyed by the Allies.

The germ of an idea to build this weapon appeared with a mission to destroy the city of London. This wasn’t their first attempt though. V2 rockets and V1 guided missile aircraft were built to do the same job, but obviously they weren’t successful. The V3 ranks among the most deadly super weapons built by Nazi and could fire 300 9-foot long rounds per hour from a range of 165 km. The gun was built and it headed towards the city but before the weapon was fully operational, British bomber destroyed some major section of the weapon. And any future work on building a new V3 was shelved. 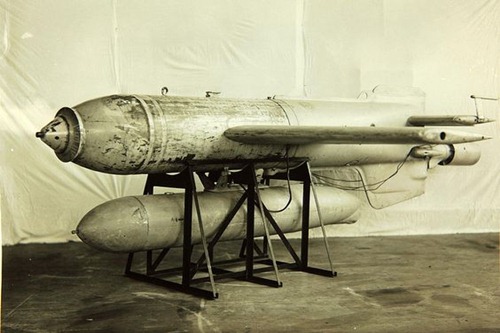 Designed in 1943 to hit the Allied ships in the Mediterranean, the bomb is today used by militaries all around the world. The idea of a smart bomb is that it can be remote controlled after it’s launched and can change its flight according to instructions. It results to accuracy and reduces collateral damage greatly. It obviously terrorized enemies to see a Nazi bomb change flight in the midst of its path and hit to create as much damage as possible. Back then this bomb was steered using a joystick radio-control system and was something very new and caused the enemy to panic at the very sight of the weapon. 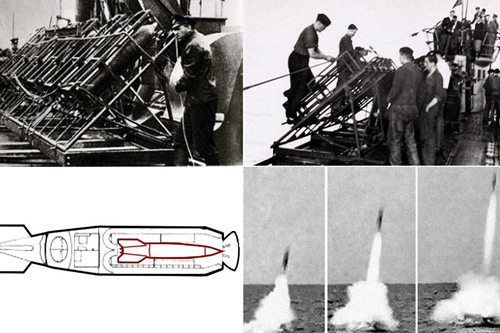 In order to attack American, the Nazis came up without a number of plans, all of which were unsuccessful. There was one that particularly stood out though. It’s named the Rocket U-boat. It’s the name of a submarine with rocket launchers. But the vehicle wasn’t well made and couldn’t navigate waterways well. Then V-2 rocket was developed which turned out too bit for the submarine. They started working on Type XXI U-boat but couldn’t finish it before the war was over. 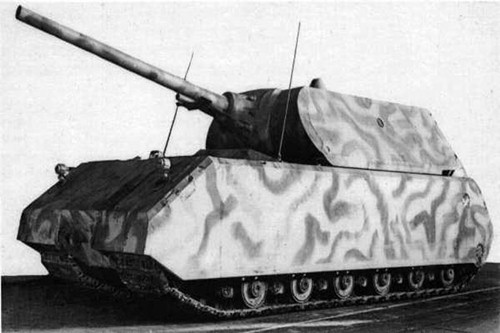 Counted among the super weapons built by Nazi, the Maus was designed by Ferdinand Porsche (yup, the same company that manufactures sports cars these days). The weapon weighed around 145 tons making the yank hard to cross bridges and cover distances. So came up with an ingenious plan and designed the tank to be able to cross rivers and lakes. But then again the tank could only handle depths up to 45 feet. But soon because of its impractical design the project was scraped and the incomplete prototypes were captured and destroyed by the Nazi enemies. And no one’s really complaining about to be honest.

German U-boats are the precursors to modern submarines. Known for being excellent at attacking, the U-boats have sunk countless of ships, tankers, freighters and battleships. They are pretty quiet and can stealthily sneak around an enemy boat and launch massive attacks. The German U-boats used during the World War II was much superior to its predecessor. The Type XXI, dubbed the Elektoboote was one of the super weapons built by Nazi and was a totally innovative vehicle and was capable of staying underneath water for an extended period of time. The XXI’s weapons systems that came with the boat were superior too. It had hydraulically-loaded torpedoes and torpedoes aimed by sonar, which did away with the need to periscope depth for attack.

The Me-262 was the world’s first operational jet fighter. Though the aircraft was dangerous and extremely fast, it suffered from engine problems. The aircraft debuted in 1943 when the Luftwaffe with its veteran pilots and Allied escort fighters still couldn’t penetrate too far into the Reich. The Me-262 gave the Germans critical air dominance. The Hitler came on and asked to redesign the aircraft and by the time the redesigned craft came out, the war was almost over. 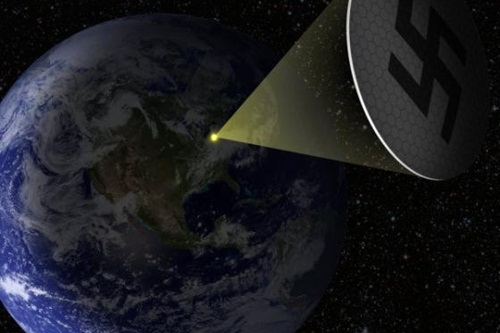 Probably the craziest super weapon one could think of and it wasn’t built. But had it been, it would’ve been one of the super weapons built by Nazi. This is going to sound like something straight out of Isaac Asimov’s sci-fi novels but in order to conquer the world, the Nazi thought of sending a 1.5km diameter mirror into geosynchronous orbit above the Earth so that the sun rays can be controlled and giant sun beams could be steered to burn down cities. Though very ambitious, the idea is entirely impractical and no wonder it was eventually abandoned.

You might want to check out: 10 Bizarre Attempts to Weaponize Insects and 10 Unbelievable Sci-Fi Weapons That Already Exist.