Business has its way even during the time of war. At the time were millions of people suffer due to horrible effects of war, there were businesses that flourished and even profited in Nazi concentration camps. Most of these companies continue to exist and flourish today. Some of these companies had admitted their past roles and had paid multi-million fees in the fund for Holocaust survivors.

These are 10 Popular Companies that Worked With the Nazis. The top ten companies involved in the Holocaust. 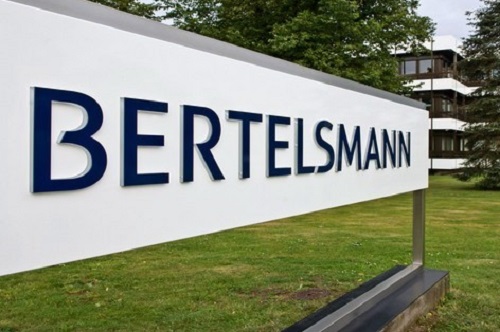 Bertelsmann is an international media company which one of core division is the Penguin Random House. The company founded in 1835 and it had developed deep connection with Adolf Hitler reign.

Bertelsmann had published papers and books that contain clear anti-Jewish sentiments. Part of the publications was propaganda that focuses on the teens. The “Christmas Book of the Hitler Youth” and the “Exciting Series” were published to promote indoctrination of Nazism.

It was also known that Heinrich Mohn, the president of the company then, had donated to the SS, concentration camps and the special forces of Hitler. Mohn, himself did not join the Nazi party. However he was a member of the SS patrons, which symbolized political arrangement he had with the Nazi.

It was also later found out through a Commission, which studied the role of Bertelsmann during the Nazi war, that the company had an indirect use of Jewish slave labor in Lithuania and Latvia.

The company was close to the Propaganda Ministry and had printed nineteen million books thus, making it the biggest publisher of the German army.

Bertelsmann had expressed its regret over its role during the war. (Source) 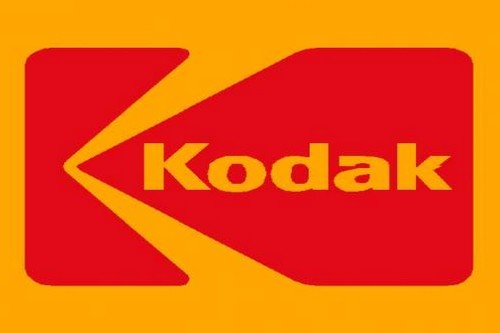 According to the files of National Archives, the subsidiaries of Eastman Kodak had traded with the Nazi Germany after America had declared the war.

Kodak in Germany had used slave laborers. The Stuttgart plant of Kodak had eighty slave laborers while the Berlin-Kopenick plant had two hundred fifty slave workers.

Another Kodak subsidiary in Portuguese had aided the Nazi in another way. It sent its profits to company branch in Hague, which is occupied by Nazi in mid-1942.

In 1942, Kodak branch in Spain had bought imported items from Germany and paid seventeen thousand Reichsmark.

Wilhelm Keppler, the personal economic adviser of Hitler, was known as the “Kodak Man” by the U.S intelligence due to the personal and business connection with the firm. It was Keppler who advised to Kodak to terminate its Jewish employees.

Due to business connections, the revenues of Kodak had increased and had expanded to military hardware and detonators.

The participation of Hugo Boss, the owner of the company has been the topic for years. There was a myth that Hugo Boss himself had designed the smart black uniform for the SS. However, there is no truth to that myth. Senior SS officer Karl Diebitsch who had worked with Walter Heck designed the black uniform used in 1932.

Even if Hugo Boss did not design the uniform, he was the one who manufactured it.

He had started his clothes factory in 1924, among his early clients was Rudolf Born who asked Boss to manufacture the brown shirts for the organization “Nationalist Socialist Part”, which is later called as Nazis.

In April 1, 1931, Boss had joined the Nazi Party. He joined the party for two reasons. He believed that as an executive, it would benefit him to win contracts from the Nazi. Likewise, he also believed that Hitler was the only man who can save Germany.

By 1933, Boss was known to manufacture clothes for the SS, Hitler Youth and the Brownshirts, which are the Nazi’s paramilitary wing.

As his business started to grow, he needed more employees. Sadly, during 1940, Boss had used 140 forced laborers for eight months. These numbers had swelled by another forty prisoners of war from France.

After the war, Hugo Boss was fined 100,000 marks for his support to Nazism. His right to vote and to run business was stripped from him, however, he had appealed and his business continued. Hugo Boss died in 1948.

In 1999, his company had contributed to a fund that had compensated forced workers. (Source)

When Hitler gained power, his ultimate goal was to destroy the 600,000 Jews. Once Jews were identified, they would face punishment and exterminated. However, looking for all the data of Jews in church and government records would be impossible since there are computers at that time. In 1933, no computers were invented yet.

There were two thousand machines that were placed inside Germany and several other thousands in other parts of Europe. Concentration camps had used the automation system of IBM.

All the punched cards used in the automation system were only available in one source: The IBM.

With the information gathered in the punch cards of IBM, the Jews were determined and identified. The Nazis had the Jews starved, deported and ghettoized. 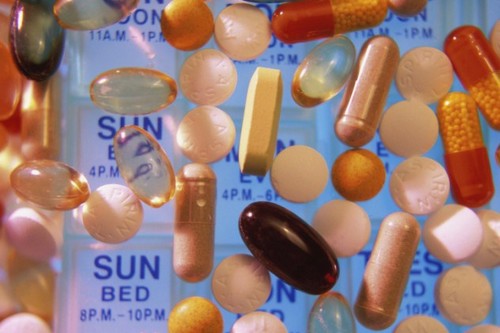 IG Farben was composed of Agfa, BASF, Hoechst and Bayer. Other smaller German companies were also part of the union. IG Farben had the biggest lead role as the biggest chemical company.

From 1933 to 1944, IG Farben was considered as the biggest financier of Nazi Party, they contributed 81 million Reichsmark. IG Farben in all their branches had made earnings. They supplied the Nazi and its allied bombers with the IG Farben petrol.

The company had built a plant near the Auschwitz concentration camp for them to take forced laborers. Two million dollars were used to build the concentration camps. From the Auschwitz, Monowitz and the adjacent factory, thousands of prisoners had died. It was estimated that 370,000 prisoners had died due to lack of food and poor working conditions.

Zyklon B, was originally an insecticide and it was used in gas chambers to eliminate Jews. In Germany, Zyklon means “Cyclone” was a very poisonous gas that had killed man, woman and children.

In autumn of 1941, Maximilian Grabner, head of political department in Auschwitz, had ordered Zykon B in the opening room of gas chamber. The gassing had involved 200 – 250 Jews including children. During the gassing, the people had cried out for help but after a few minutes, silence engulfed the place.

In 2001, the company had tried to use the word “Zykon” in a new line of products that includes oven, but the move was seen as insensitive. Later, they had withdrawn their application.

Siemens had expressed its deepest regrets and had initiated a fund for victims and their families. 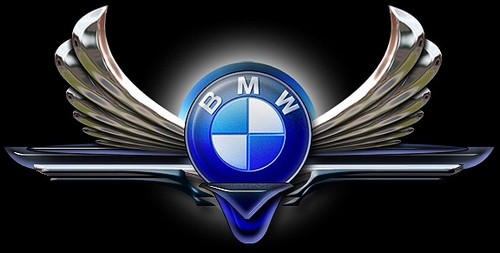 Guenther Quandt, whose family owns the BMW had used forced laborers in their weapons factories.

In May 1,1933, Guenther had joined the Nazi Party, it was only a month after Hitler had the supreme control in Germany. He was awarded many lucrative state contracts afterwards. The company had grown their business during the war. They had acquired several Jewish companies through the “Aryanisation” of firms.

In 1937, Guenther was bestowed with the title Wehrwirtschaftsfuhrer, a title given to a leader of armament economy.

After long years of silence, BMW had admitted in 2001 that the company had used forced labor. Gabriele Quandt, had admitted that his grandfather Guenther had used fifty thousand slave workers to work in creating ammunitions, u-boat batteries and artilleries.

Forced laborers were mostly Russian prisoners of war and even Ukrainian slaves were forced to work for the company.

An execution area where found in of the plants of BMW in Hannover. It was in the execution area that forced laborers who displeased their masters were eliminated.

Gabriele said that it was wrong to ignore what had happened in the past. 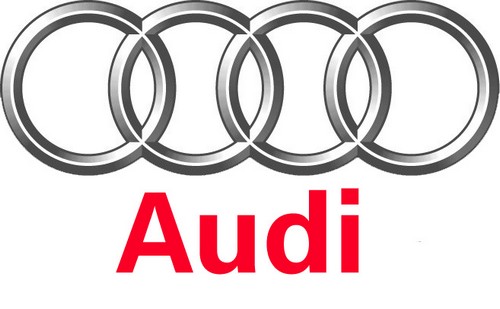 These all information was gathered when Rudolf Boch, an economic historian in the University of Chemnitz and Martin Kukowski, head of history department of Audi had the study. They had received access for the Audi archives for the reason of house cleaning the firm’s history.

The study had revealed more than twenty thousand forced laborers had worked in the Auto union for Saxon works. And that includes almost one-fifth of the population of the concentration camps.

The condition in concentration camps in Zwickau City was very appalling. Most of slaves from France had lived in unheated barracks.

The disabled workers were then sent to Flossenburg concentration to be eliminated and the numbers will be replaced by the prisoners.

Before the war ended, 688 prisoners of war from Zwickau were sent to death march, which half of them were already dying.
Audi had acknowledged its wartime guilt and had paid millions to a fund for the slave workers and descendants. 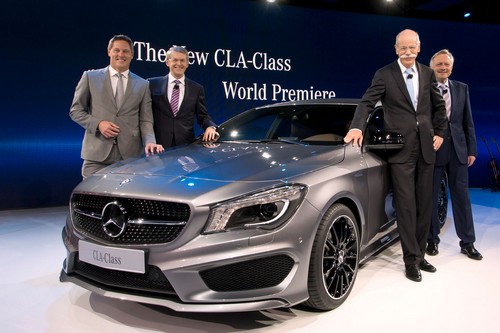 From, 1937, Daimler maker of luxury car Mercedes Benz had produced aircraft engines of DB 601 and armament items like LG3000 truck. The plant of Daimler where aircraft engines were made was located in a concealed forest in south of Berlin.

In 1942, the productions centers on the manufacture for components that were used for navy, air force and the army. Repair of military vehicles were also on the rise at that time, thus requiring many workers.

In the beginning, Daimler-Benz had recruited women to fill the work but it was still not enough. Daimler-Benz had used forced laborers to work for them. Prisoners of war, abducted individuals and even detainees of concentration camps where locked closed to the plants.

These prisoners were locked in barrack camps, which had bad conditions. Concentration camp detainees were observed by SS and they were given very inhumane conditions. They were then loaned to other companies for money. The Daimler-Benz had 63,610 forced laborers were civilians who either were prisoners of war or was from concentration camps.

After the war, Daimler had admitted its past link with the Nazi and they had actively participated in the “Remembrance, Responsibility and Future”, an initiative of German Industry Foundation whose aim is to provide humanitarian aid for forced laborers during the war. 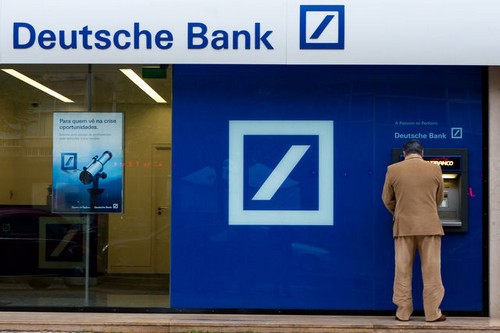 According to five-commissioned committee from Israel, Germany, Britain and the United States, the Deutsche Bank had bought 4,446 kilograms of gold from Reichsbank. It was the central bank during the war. That time, the gold was valued at more than five million dollars.

One of those purchases, Deutsche Bank had acquired 744 kilograms of “Melmer gold”. Melmer gold were taken away from the prisoners of concentration camps and which was later recast to bullion bars as directed by SS officer Bruno Melmer.

Another role of Deutsche Bank in the Nazi war was the loan given to Adolf Hitler. The loan was used to construct the Auschwitz death camp located in Poland. From the period of August – November 1942, 363,211 Jews were killed in Auschwitz concentration camp.

In 1998, Deutsche Bank AG had accepted its moral responsibility for its dealings during “darkest chapters in its history”. The bank had expressed its regrets for any injustices.