‘There is no trophy for the team that sails the most.’ James Spit Hill was wrong. In fact, trophies are there for everybody. You don’t need to be the best in your field to get rewarded. Isn’t Zlatan Ibrahimović the best there ever is? Did he ever get the most coveted European prize-the Ballon d’Or award? Wasn’t Italy the best team of the Euro 2016 tournament but instead karma gave way for the worst team to take home the trophy?

Anyway, various weirdest trophies have been designed to suit various events in rewarding ‘losers’, messy friends and the best shmucks in your circle. One can now reward their children for getting ‘straight Fs’ in their exams, for not doing their homework and for been bullies in school. Alternatively, you can reward your friends for being late comers for classes! Life is that rewarding, guys!

Need an award for the smallest mess? Are you the most prolific farting person in your class? Does it make the whole class tuck their noses with their hands? Then this award is for you. Alternatively, it is also an adorable trophy used to tell someone jokingly that their team stinks, just like a skunk, but in a perfect way and style. 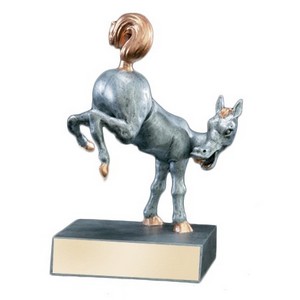 This horse’s rear bobble head trophy adds humor to any awards ceremony and is perfect for the last place award. The horse’s rear bobble head is always 5.5 inches tall. It can also be awarded to the ‘buddy’ with the highest record of losses as a way of expressing a sense of humor, encouraging one to work hard and making the game fun and entertaining! 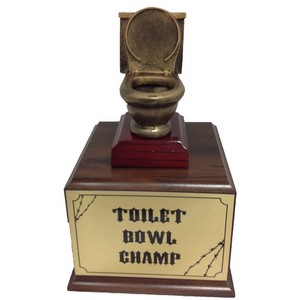 Do you have a friend who spends most of her time in the toilet? Or perhaps the guy amongst your friends who has the cleanest toilet. Well, it is the high time you rewarded them with this amazing trophy. Alternatively, it can be used to reward any loser alongside a ‘potty humor trophy’. 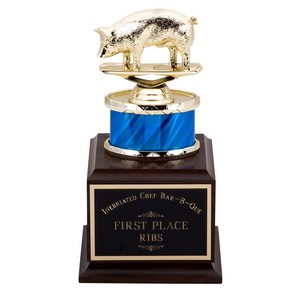 This award is best for BBQ competitions. This event brings over 100 of top American teams from California, Oregon, Utah, Nevada, and Arizona to compete for USD 30,000 in prize money. It avails different delicacies amongst them; chicken wings, beef ribs, brisket and a special category dessert. Simply, it is an eating competition. The winners are awarded a pig trophy for their humorous gluttonous nature. 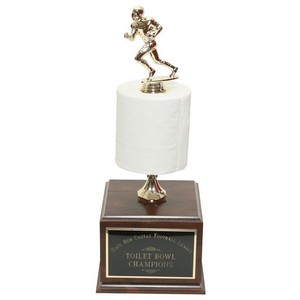 Football video games are fun. Creating fantasy leagues and playing to prove their mastery in the game. If you are a FIFA 2017 gamer, you can relate well. However, any competition isn’t fun without a trophy for the winner. Shockingly! This trophy is awarded to the losers. They are teased with this trophy, and it is so humorous watching the loser courageously receiving the trophy with a smile! 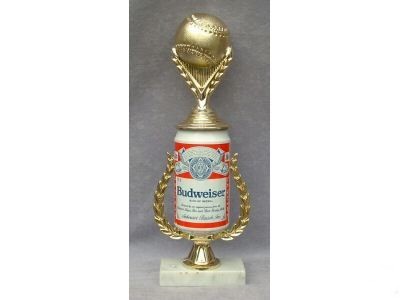 Do you have a friend who is a beer guzzler? The kind of a friend who can use your yearly savings on a weekend just drinking? Well, this funny trophy is awarded to the biggest drinker of the season. My campus mate was awarded the trophy after setting a campus record of 1000 beer cans in just a month! Crazy, right? 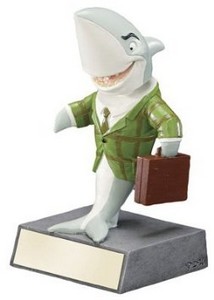 Know of a salesperson who can smell a sale from a mile away? This briefcase-totting sales shark features a grinning bobble head. The trophy adds humor to any in-office gag award. It is the adorable trophy to appreciate the efforts of one’s favorite sales shark. >> 10 Most Bizarre Awards. 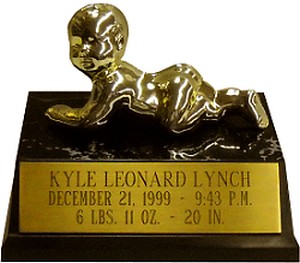 Newborns receive a lot of gifts, but what about awards? This trophy is described as ‘a wonderful keepsake’ and ‘a unique gift ‘to proudly display in your office, home or child’s room. It commemorates that very memorable occasion of birth, baptism or christening. Alternatively, it can also be used to celebrate one’s 18th birthday, 21st birthday or any occasion! 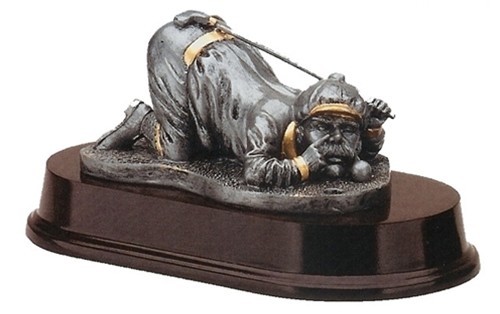 This is the perfect award for the individual or team with the highest score. On the contrary, the female golf duffer trophy which is a joke trophy featuring a frustrated female golfing figure about to reduce an already misshapen golf club to a pulp on the ground. The humorous award is meant for the tournament’ loser’ or clown and is sure to lighten the mood of the tournament. 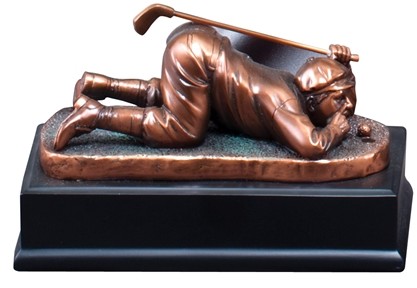 This is the perfect trophy and a funny way of awarding the golf duffer in your group. The kind of friends you take to the golf course and start carrying the wrong sticks, those who use the wrong ball for their game, those who like teeing the ball up in front of the tee box and dropping a lost or unplayable ball from the rough. Reward them too!