While running for president, Barack Obama had made a number of promises to his people and the world. Most of which seems to have been left unfulfilled, now that he is the President of the United States of America. All those deceptive speeches were part of his propaganda, they were mere promises aimed at getting all the voters on his side. The good news is that each year Obama’s support rating is declining. Now check out these, 10 biggest lies Obama told: 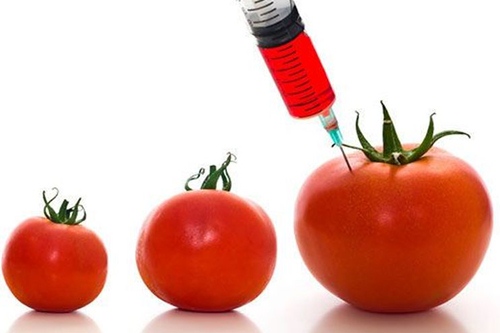 The top 10 biggest lies Obama told begins with his promise to make GMO labelling obligatory. American citizens have been long complaining that that the GMOs are real risk to people’s health. Most of us were happy to learn that Senator Obama planned on obliterating GMO food labelling once he became president. Fast forward to now, instead of providing the customers the freedom and the tool to be informed about what is in their foods, Obama has switched sides and even he approved Monsanto Protection Act into effect. What the act does is that it protects companies involved with GMO labelling. As if these weren’t enough, President Obama made former Monsanto VP, Michael Taylor, as the Senior Adviser to the Commissioner of Food and Drug Administration. 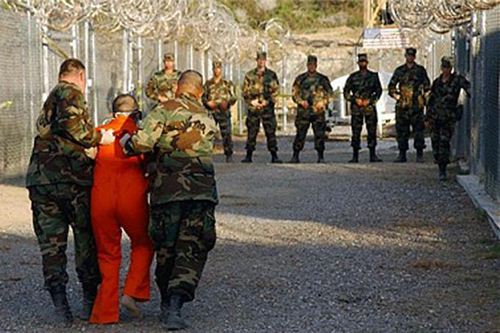 We all know about Guantanamo Bay Prison facility right? We are all but too aware of the inhuman atrocities carried out people who are mere suspects, who perhaps haven’t done anything and are completely innocent. According to some, several of the prisoner at the Guantanamo Bay Prison haven’t even been put through any kind of legal process. They are being detained illegally and being tortured using inhuman methods. Obama promised to shut down the facility. But this turned out to be one of the biggest lies Obama told. The Obama Administration no longer seems to take interest into the matter. The president isn’t keeping his promise of locking down the inhumane penitentiary.

8. He promised to Lower US debt 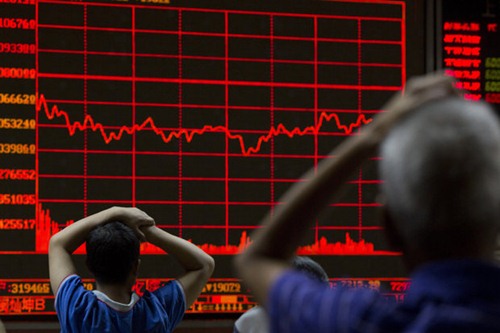 Back in 2007/2008, when Obama was campaigning hard for of the seat of President, time and again he made promises of lowering the US debt. The National debt bait worked pretty well for him as he used the argument against his predecessor George Bush and his regime. Believe it or not, in just four years, Barack Obama has managed to raise the US debt more than what the last 43 leaders had. During the election, Professor Dr. Webster Tarpley had warned US citizens against Obama and his policies. But alas! We didn’t listen to the wise professor.

7. He Promised To Not To Come After Americans People Guns 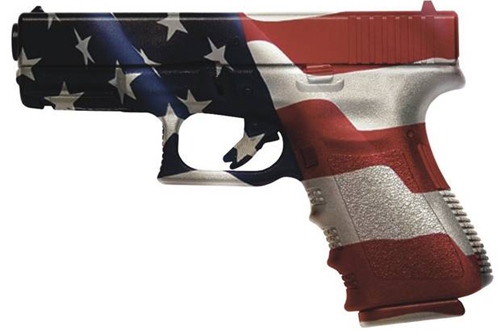 Barack Obama, assured he will not go after American gun owners which are the legal right of every American according to the Second Amendment of the US constitution. But like other points in this list, this too is among the biggest lies Obama told everyone. He broke his prior commitment and has now started speak up against the right to keep arms by a US citizen.

6. He Promised To Campaigned For Peace 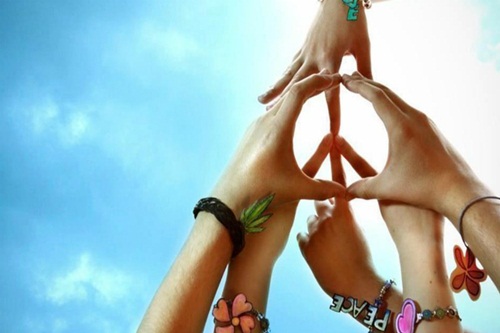 In regards of this, Obama didn’t just break his promise but released more bombs on Afghanistan than Bush had in eight years of conflict. Apart from the bombs released in Iraq and Afghanistan he deployed more troops into those countries, invading their peace and safety. In Libya, America’s intrusion has ended up killing thousands of innocent lives and according to some, Obama regime has actively supported and financed the Syrian rebels, invading yet another sovereign country against the international consent.

5. He Promised Not To Use Presidential Signings To Bypass Congress 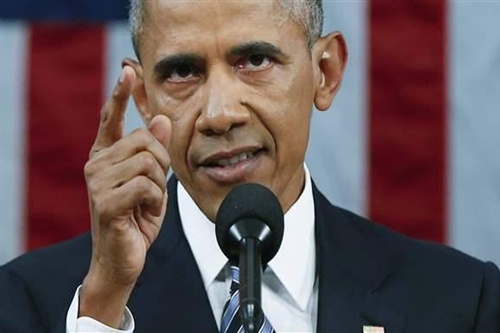 Of course he has does it now. One significant moment was the Libyan war. To intrude into the conflicting country, he didn’t get permission from congress so instead issued presidential order. President Obama took the United States to an illegitimate and an unconstitutional war in Libya that not only killed thousands of Libyans but also got several American soldiers killed. The whole thing was a waste and totally unnecessary.

4. He Promised To Promote Freedom Of Speech 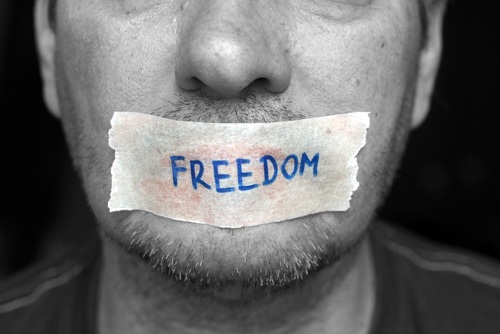 Instead he harasses whistle-blowers. The Obama regime has abused more whistle-blowers than all 43 presidents before him combined. And once again we see promises made by President Obama that is not being realized. People like Edward Snowden and Bradley Manning put their lives in line by exposing what the US government was up to. Today they are being been hunted, threatened, imprisoned. What they exposed have been very valuable to the world and to mention a few, Obama government had illegally large hand in the NSA spying scandal and the IRS discrimination.

3. He Promised Not To Raise Taxes 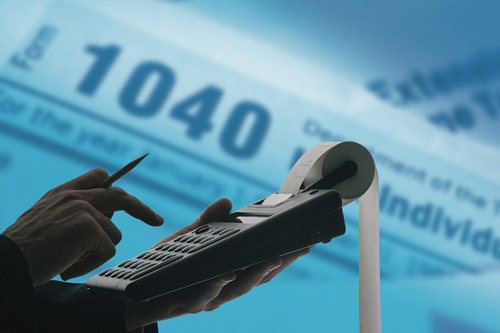 Seriously though, when will the lies of President Obama an end. While campaigning for himself, we heard a lot of screaming of “yes we can”, and frequent mentioning that his government will not increase taxes, even for a cent. But of course that hasn’t happened and American natives are left reeling under the pressure of taxes. 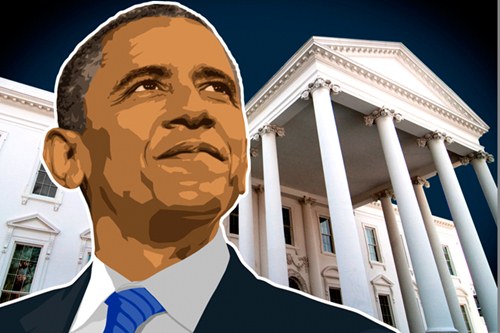 In one of his early days, President Obama was heard saying that laws written will be more accessible to the public, no more hiding. The goal was to make administration transparent so that everyone knows what exactly they are being put through and why. But the complete opposite is happening now. Accessing information under the Obama government has become more difficult than ever before. A few days back Associated Press (AP) Washington bureau chief, Sally Buzbee published a report revealing how the Obama Administration blocks information even from the media.

1. He Promised Not To Spy On US Citizens 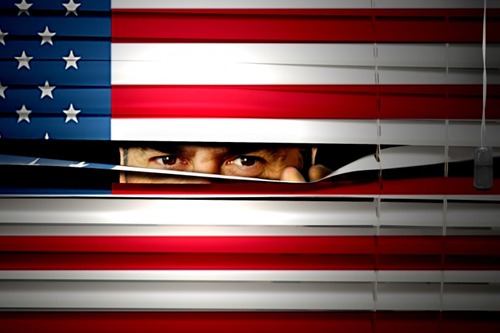 Today, that seemed to have turned into one of biggest lies Obama told. Recently news came out that US administration actively spies on American people and intercepts emails and phone calls. To recall, while running for President, Obama had criticized the Bush administration for this. He promised there won’t be any unauthorized wire-tapping of American citizens, no national security letters to spy on people etc.

Obama approved the NDDA (National Defense Authorization Act) on December 31, 2011, at a time when most people are very unlikely to heed what was going on with the government. What NDAA does is that it provides the government the authority to restrain and prison any regular American citizen without any charges.