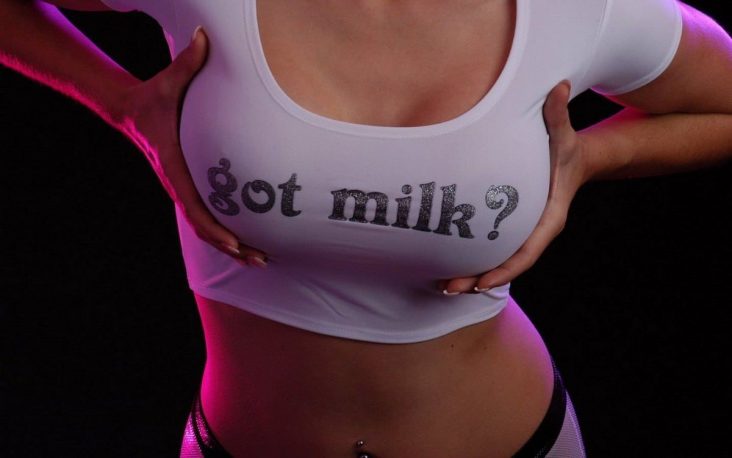 When it comes to advertising, sometimes the biggest names can make small, yet hilarious mistakes. We all have our selected ads that we seem to love watching over and over again. We sometimes get so fond of the ads that we memorize the words or lyrics to them. But what really makes an advertisement stand out? Is it the product being shown or is it the catch phrase? These slogans are what makes or breaks a product and determines its sale? It is how these ads can relate to the consumers and draw them in to purchase the items. While sometimes ads are catchy in English, they can be bizarrely weird in another language. Let’s take a look at the 10 most weird advertisement translations.

One of the biggest brands in fizzy drinks, Coca-Cola started their reign in China with a huge laugh. When it first reached the country, the brand was pronounced as “ke-kou-ke-la” which translates into “bite the wax tadpole” as seen here. This obviously made no sense and had no connection to the drink. In another dialect, it also read as “female horse stuffed with wax”. I do not think that is what we expect when we open a cold can of Coke. Noticing the confusion with the translation, they decided to change the phonetic to “ko-kou-ko-le”. It sounded similar but it didn’t change the hilarity of the situation. This meant “happiness in the mouth” which was sort of what we expect from Coca-Cola but could also be connected to something out of “Fifty Shades of Grey”.

The gurus of pens, Parker, have been in the game for many years and have almost always come up on top. Well, I did say ALMOST. When they were campaigning for their brand of leak proof pens, their famous slogan read “It won’t leak in your pockets and embarrass you”. True enough for most users and simple enough for all English speaking people. But take that statement and translate it into Spanish and guess what you come up with? “It won’t leak in your pocket and make you pregnant”. If that is not confusing enough, I don’t know what is. What is the need for contraceptives when you have a Parker pen right? Parker, as a brand all over the world, did not know what went wrong and so they just changed it to make it easier for everyone.

During the year 1977, the Braniff Airlines installed one of a kind leather seats for the first class flyers only. In order to draw in passengers; They wrote a slogan which said “Fly in leather”. In English, it is devilishly direct and appealing to all frequent flyers. Being one of the best airlines in the world, people expected superior comfort and that is what they got. But, when the slogan was translated into Spanish, it read as “Vuela en cuero” or for the English speaking folk, “Fly naked”, the company got a huge laugh out of it. Obviously, this caused havoc for the airways and thankfully people didn’t strip down to their birthday suits en route. We know that the airlines strive for best in comfort, but what they offered in Spanish would be taking it to a whole other level.

Ford has always been a top runner in the field of automobiles as they are today as well. They started the era of affordable cars so that majority of the people could have the luxury of owning one. But sometimes the best make mistakes as well. In the year 1971, Ford introduced the compact super seller, Pinto. The car sold successfully in the United States, but the company noticed a rather low sale rate in Brazil. They could not figure out as to why this was happening until they realized that Pinto, in Brazil, meant “small male genitals”. Now, who would want to buy that right? What confused people even more was that, Ford, an automobile company was selling “Pinto”.

One of the biggest brands for tissues, Puffs is a huge favorite in the United States of America. After noticing that the product was doing so well in the country, they decided to export it to the world. It was a brilliant idea until the product hit Europe, namely Germany. The company hit a brick wall here. The word “Puff” is another word for “brothel” or “whorehouse” in German. No need to mention, the product didn’t take off instantly like it did in the rest of the world. In England as well, a similar sounding word “Pouf”, is a slang word for “homosexual”. Not something you want to wipe your face with, I am sure.

Another great story from China and yet again, it has to do with fizzy drinks. This time it is Pepsi, another giant in the beverage fraternity and closest competition to Coca-Cola. When they launched their campaign and product in China, their one of a kind slogan was “We bring you back to life”. It was something new and sounded very refreshing. But, in Chinese, it takes on another meaning that literally scares people. “We bring your ancestors back from the grave” is what comes out from their slogan. Spooky, funny or long waited for? The choice is yours, but reading something like that would definitely not be compared to a soft drink. Pepsi decided to run with it knowing that it would bring notice to their brand.

Have you ever heard of “Got Milk”? If you have, you would know that it was one of the biggest advertisement campaigns in America from the American Dairy Association. The ads went viral within days, and this success helped the company export their campaign to countries all over the world. When “Got Milk” reached Spanish speaking countries, those two simple words transformed into three extremely personal words. The slogan reads “Are You Lactating” in Spanish which left women rather offended but gave the company a few laughs as well. Although both slogans are somewhat connected, the later is a little more personal than most women would like.

As a company that deals in hair products, Clairol was doing very well in the Unites States of America. The reason being they offered quality products at reasonable prices. Because of such success, they introduced a curling iron in 2006 and named it the “Mist Stick” which did exceptionally well in the country. But, when they took the product to Germany, it didn’t do as well as they thought it would. Apparently “Mist” in German means “manure”. So, basically people were seeing the “manure stick” in cosmetic shops around the country. Who would want one of that and what would they really use it for? Hilarious when you picture it really.

Beer producing giants, Coors, are one of the biggest companies in the United States as well as the rest of the world. Their beer is sold in almost every restaurant, pub and store. Their advertisement slogan, “Turn it Loose” was a huge hit in the country but sadly, it was the only the native English speaking countries that got their campaign. When they took their “Turn it Loose” into Spanish speaking countries, “Suffer from diarrhea” is what they left with (not literally). Although some people say the Spanish translation is not too inaccurate from what they get from drinking Coors. Whatever the case, Coors did not expect something like that and were forced to change it immediately.

Since we started this list in China, it only seems appropriate that we end it in the great country. In 1987, in Beijing, Kentucky Fried Chicken opened their first store in the country. They knew it would be an instant hit because of their reputation as “fast food kings” and along with their eye catching slogan, “finger licking good”, there was only one way and that was up. But what they didn’t realize was that they would make a huge mistake and translate the slogan into “We’ll Eat Your Fingers Off” in Chinese. I am sure the locals stayed away from KFC for a few weeks in fear of losing their digits. So, that’s what Colonel Sanders had in his secret herbs and spices? No wonder it was always kept a secret.

These ten brands believed that adding catch phrases to their products would get them added fame and in most cases, it did. The only issue was when translated in other languages, their advertisement campaigns came back to haunt them. All in all, some of the above mentioned brands did change their slogans to better suite all countries and some of them did not in order to draw in more attention. So, as you can see, even the big guns often goof up (sometimes in another language all together).