Well everyone makes mistake, but that doesn’t mean that they are bad and deserve to burn in hell. Here are a bunch of celebrities whom we love and even look up to for inspiration, but they’ve had criminal record in the past. Let’s take a look into the list; 10 celebrities whose past criminal records are mostly unknown or forgotten:

10 Celebrities with Criminal Records in The Past:

What did he do? Drove fast & without licence. 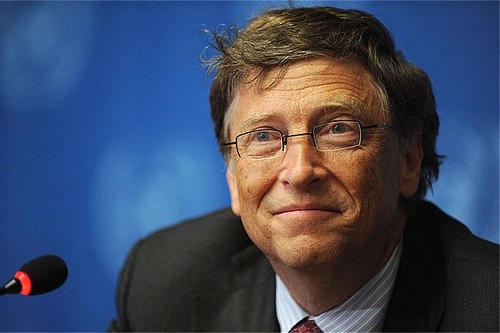 Bill Gates, a seemingly meek guy with tons of money, geeky faced and with a big heart was quiet a rebel in his teen days. Once he was caught driving without a licence and speeding. He even went so far, in his thrill of fast driving that he disobeyed stop signs. But the best part is, he didn’t crash, no one was hurt including himself. This incident occurred back in 1975, two years went away but the genius didn’t learn his lesson. He was arrested again on charges of driving around without a licence, speeding and not obeying the stop signs. This occurred at a time when he had already begun pacing up the path of success with Microsoft.

What did he do? Possessed Drugs. 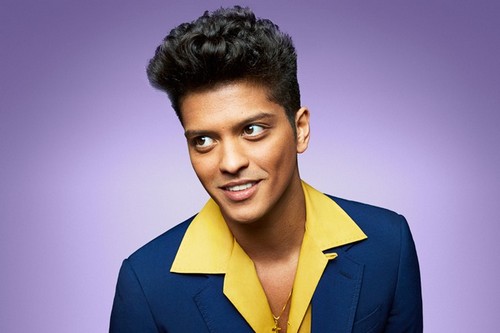 The highly sought after songwriter and music producer was found to possess cocaine which followed his arrest in the year 2010. This was before he took over the pop charts as a solo artist. After being charged, Mars pleaded guilty and avoided trial. The court told him to pay a fine of $2000 and he was ordered to do a mandatory community service of 200 hours. Accordingly, Mars did his community service of the requisite time and also paid the monitory fine. In 2012 his felony conviction was dismissed by the courts.

What did he do? Credit Card Fraud. 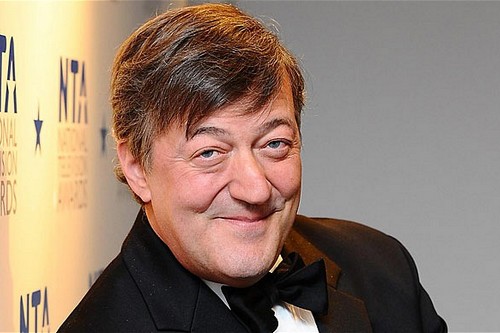 Yeah, sounds unbelievable but sadly this legendary British actor, comedian and writer had had a troubled childhood. In a tender age of 17, before fame and success kissed his feet, he admittedly went nuts. After being caught for credit card fraud and proven guilty, he was sent to prison for about three months. But this incident, rather than being a blot in his character turned out to be a blessing. Following his release, he become exceedingly serious with his academics, so much so that he ended up getting a scholarship at the Cambridge University.

What did he do? Sexual assault, groping etc. 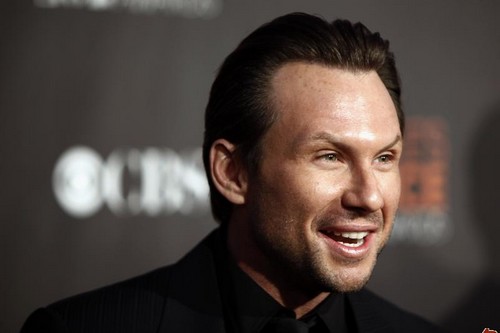 Known as Hollywood’s bad boy, Slater’s making to this list is quiet unsurprising if not altogether clichéd. He has been dealing with the law since his heydays at Hollywood, with his first arrest being in 1989 for DUI then after almost 10 uneventful years he was arrested for assaulting his girlfriend. In 1997, he did the most dubious thing by bearding a plane with a gun in his pocket. Later in 2005, when his career had gotten stalled, he was arrested again for grouping and sexually assaulting a woman on the street. Now-a-days, with all these criminal charges to his name, Christian Slater has become virtually invincible.

What did he do? Resisting Arrest & Unruly Conduct. 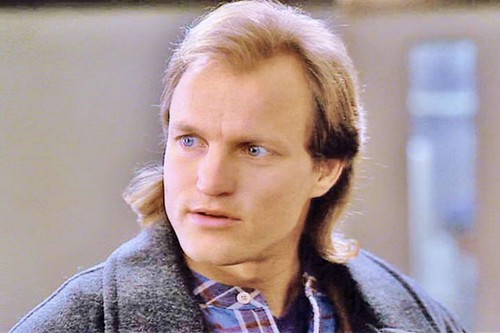 This is a total shocker. Woody Harrelson of ‘The Hunger Games’ and ‘True Detective’ fame was marijuana-loving-hard-partying kind of guy. Some decade ago, back in 1982 the police found Harrelson dancing in the street and when they tried to arrested him, Harrelson fled straight into the party mecca of Columbus, Ohio. But luckily he got out of the muddle after paying a fine (though he did face a bit of legal troubles while challenging state marijuana laws). Apparently, a more shocking part of Harrelson’s past is that his father was a hitman convicted of killing a Federal Judge.

What did he do? Possessed Drugs. 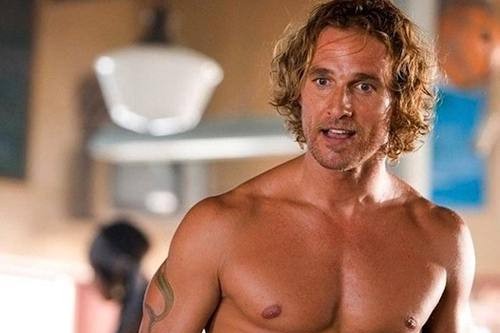 Woody Harrelson’s co-star in ‘True Detective’, McConaughey, just like his mate loved dancing and smoking pot during the end of the last century. One night in 1999, the neighbours had had enough of him and called in the cops who busted through McConaughey’s door and found him naked, high and beating bongo drums. They searched his house and found a questionable amount of marijuana, but luckily, all the charges involving drugs were eventually dropped except for the noise complaint by his neighbours. For that he was fined $50.

What did he do? Drunk Driving. 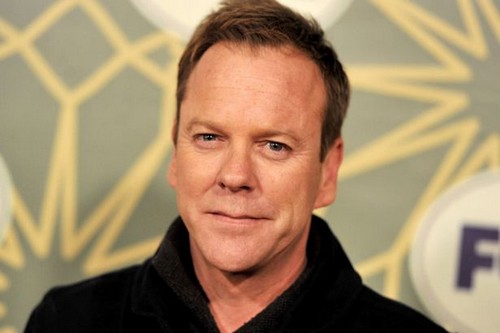 You may think, with so many celebrities drunk driving so often, why Kiefer Sutherland has made it so high on the list of 10 Celebrities with Criminal Records. The truth is that Sutherland has been dealing with alcohol addiction for years and has bravely admitted it publicly. His openness and his will to defeat his demons are admirable but he hasn’t been very successful. Over the span of two decades he has been arrested four times (1989, 1993, 2004 and 2007) for DUI. Altogether, has served a total penalty of 48 days in prison.

What did he do? Drunk Driving (yeah, almost every celebrity seems to be convicted for this once) & Drug Possession. 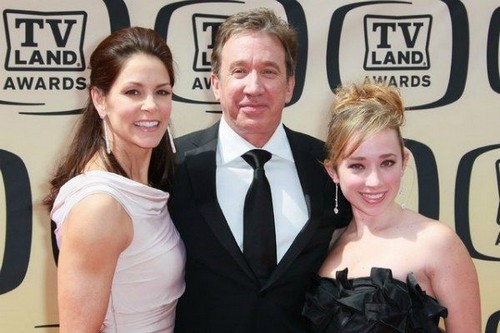 Best known for his iconic roles like Tim Taylor, and Santa Claus, Allen has had a criminal record in the distance past, 10 years before he stepped into Hollywood. In 1978 he was arrested for possessing drugs and faced 7 long years of imprison due to the charges. But he suffered for only two and a half years after giving vital information of members involved in the drug trafficking business. He certainly gave up on drugs after that but in 1997 faced the cops again when he was caught drunk driving.

What did he do? Careless Driving. 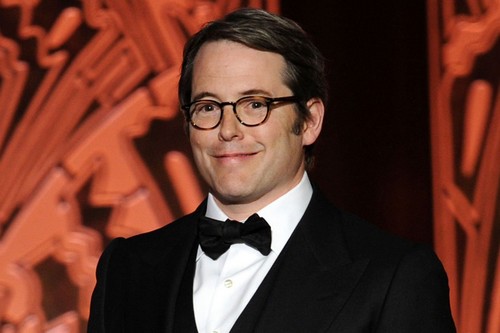 While vacationing in Northern Ireland with his then girlfriend Jennifer Grey (from Dirty Dancing fame) his car collided head-on with another vehicle. Both the driver and the passenger of the other vehicle died on-spot. Later Jennifer Grey said that the incident has rattled her to the core, so much so that it ended her career in Hollywood. And the end of it all, Broderick was charged with only $175 fine for careless driving and went on to have a relatively successful career in the next 25 years. The victim’s family was outraged and called it a ‘travesty of justice’. What do you think?

What did he do? Criminal Conspiracy Aggravated Assault and Simple Assault. 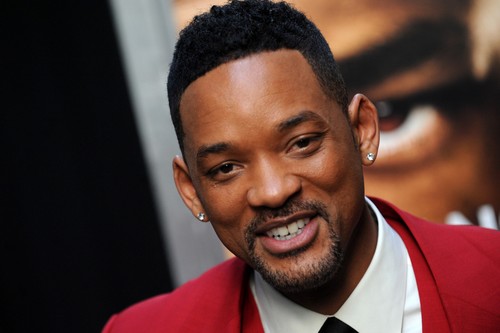 Who would have thought, right? Back in 1989, when this yet-to-become megastar was still the king Philadelphia rapper, he got pulled into a case of serious human battering. Few days following Smith’s Grammy win, his personal bodyguard was charged of beating up a man so severally that he became almost blind and disabled at the time. Smith maintained that he had witnessed the assault but had never laid a finger on the man. But the general opinion went against him (a young rapper gloating with recent success beating up a man then passing off the responsibility on someone else, people were just too familiar of this trick). Whatever the truth have been, the charges against Smith were eventually dropped. Good for him!