Today, almost everyone agrees that Hollywood is the movie capital of the world. It is a place where many great movies are produced and where many world renowned actors become famous. In popular imagination, Hollywood is also a place of glamour, fame and fortune but few know the real history of Hollywood. Below, we have a list of ten forgotten facts about Hollywood history that will surprise you.

10. The Film Industry Was Driven To California By Thomas Edison 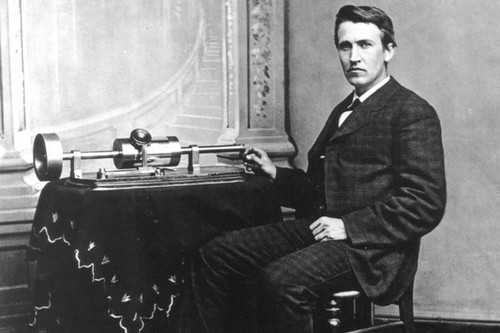 Back in the day Thomas Edison held thousands of patents in the United States, including patents relating to the movie industry. Over time, Edison and other film-related patent holders formed the Motion Picture Patent Company which exhibited a near monopoly on the production, distribution, and exhibition of all things film. Thus, if you wanted to be in the movie business you had to have the approval of Edison and his company.

As a result, many in the film industry, known as “independents”, chose to flee to California because judges there were less friendly to the patents awarded to Edison and the company. And even if Edison’s patents were held valid, enforcement was going to be tricky due to expensive cross-continental travel.

9. Hollywood Was Once An Alcohol Free Community

In the late 1800s, a young woman named Daeida Hartell travelled to Hollywood with her husband, Harvey Henderson Wilcox, and convinced him to purchase 120 acres of land. The couple then soon moved there permanently with an image of turning the place into a “utopian subdivision” which would accommodate “cultured, wholesome Midwesterners looking for fresh air and a second act in California”.

Daeida’s goal was to turn the town into “an alcohol-free, cultured Christian community”. She offered free lots to Christian churches and banned liquor, the use of firearms, speeding, pool halls, and bowling alleys. Interestingly, it was also forbidden to ride bicycles and tricycles on sidewalks. 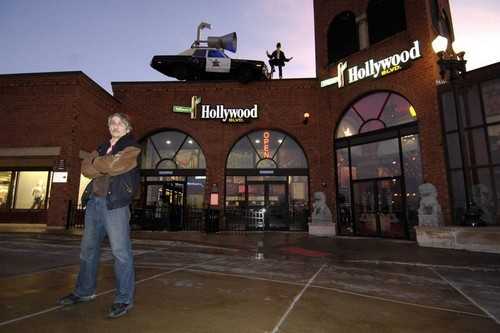 However, in 1910 the city voted to merge with Los Angeles in order to secure an adequate water supply and to gain access to Los Angeles sewer system. Los Angeles, a city of 100,000 on the verge of an economic boom, did not have any laws forbidding movie theatres. The first film by a Hollywood studio was shot in October 1911, and the Whitley home was used as its set. 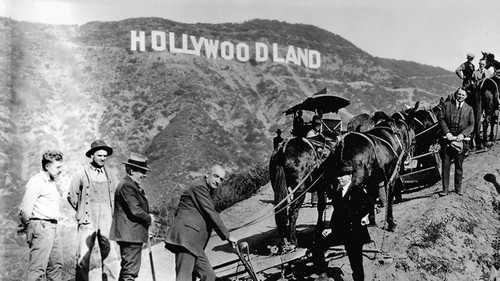 Nowadays the Hollywood sign is synonymous with the show business, but it wasn’t always so. In fact, the sign began as an advertisement for a new segregated housing development.

Harry Chandler, real estate developer and Los Angeles Times publisher, began his “Hollywoodland” development in March of 1923. Later that same year, he invested $21,000 for the massive “Hollywoodland” signage which was adorned with 4,000 twenty-watt light bulbs and blinked, in sequence, “HOLLY”…”WOOD”…”LAND”.

The “Hollywoodland” sign was originally only supposed to stay up for a year and a half, but remained there for decades until it started falling apart in the 1940’s. Because the sign had become such a recognisable feature of Hollywood, the Hollywood Chamber of Commerce and the L.A parks department agreed to restore the sign, but removed the word “land”.

6. The Father Of Hollywood

Howard Johnston Whitley, known as the “Father of Hollywood”, was a successful land developer. It is said that over the course of his lifetime he founded over 140 towns.

In the mid 1880s Whitley came to Southern California and bought a 500 acre ranch. As word spread that the successful land developer was buying property in Hollywood, people started moving to the promising town. At the start of the 20th century, Whitley brought telephone, electric and gas lines to the new suburb, and also opened the famous Hollywood Hotel.

In 1922, Whitley completed the development of Whitley Heights, one of the first hillside subdivisions in Hollywood, which attracted stars such as Rudolph Valentino and Jean Harlow. When Whitley’s friend, Harry Chandler, was involved in the development of the Hollywood Hills in 1923, Whitley advised his friend to use a sign to advertise the land because he had used a sign to promote Whitley Heights and found it very effective. Chandler listened to his friend and on July 13th 1923, the “Hollywoodland” sign went up.

In 1916 the librarian Eleanor Jones set up a club for young women who were aspiring to make it in Hollywood. With Eleanor’s encouragement, the young women started to rehearse plays in the library’s basement and with the help of the Young Women’s Christian Association, the club graduated to a meeting hall.

Eleanor eventually convinced film studios and businessmen to donate money and rent the club an old house that could accommodate up to 20 women. The club was described as a Hollywood sorority, a chaperoned dormitory and even a “rescue home for wayward girls”.

Eventually, the sorority house grew into the Hollywood Studio Club with a 100 residents who were provided with meals, typewriters and practise rooms. There was a long waiting list for the club and all of those who were seeking a career in the motion picture business were welcome to apply.

Sharon Tate, Kim Novak, Marilyn Monroe and many other famous actresses were all residents of the club. But by the 1970s the concept of the Hollywood Studio Club became outdated and sadly, the club house was turned into a regular hotel.

In 1959, the Soviet Premier Nikita Kruschchev visited the United States, and consequently, Hollywood. Twentieth Century Fox had invited him to watch the filming of the musical Can-Can, and Krushchev had graciously accepted. A luncheon was also organised, but there was a problem: only 400 people could fit inside the room, and as one can imagine, almost everybody in Hollywood wanted to be there.

A couple of stars, such as Bing Crosby, Ward Bond and Ronal Reagan turned down their invitations as a protest against Krushchev. But many more were dying to meet the Communist dictator. Stars such as Gary Cooper, Kim Novak, Dean Martin, and Ginger Rogers were all present at the luncheon, as was Marilyn Monroe.

During the luncheon, Krushchev rambled about the greatness of Soviet Union for about an hour, and at one point threw a tantrum because he was no longer invited to go to Disneyland due to security reasons. And of course, when he met Monroe, he was smitten. She later said “He looked at me the way a man looks on a woman.”

3. The Role Of Women 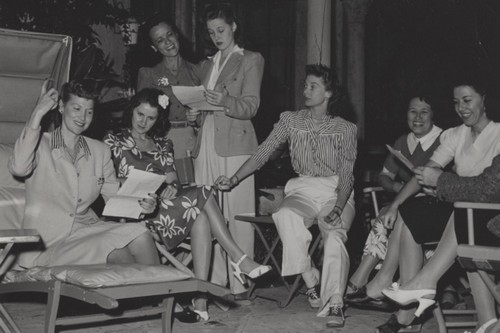 A hundred years ago women played a prominent role in shaping early Hollywood and were involved in nearly every aspect of film production. In 1912, for example, Helen Gardner was the first film actor, male or female, to form her own production company.

Mabel Normand, a silent film actress, screenwriter, director and producer who had her own movie studio and production company, was an important figure that helped start Chaplin’s career. She also acted as his leading lady and mentor in a number of films, sometimes co-writing, directing and co-directing with him. When Chaplin’s first motion-picture film failed, Mabel convinced the industry to give Chaplin another chance. 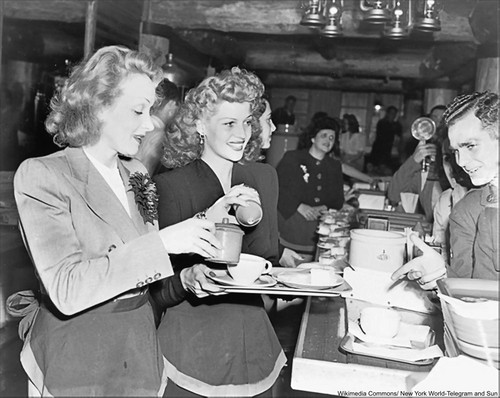 In 1942 Bette Davis and John Garfield started the Hollywood Canteen, an all-star nightclub that offered entertainment, dancing and food to service men and women. The Hollywood Canteen was serviced by a 3,000 member team of Hollywood professionals who felt that military service should be honoured.

The list of volunteers included big stars such as Betty Grable, Judy Garland, Cary Grant and Shirley Temple. The female stars could be often seen either dancing with the troops and sailors or escorting them in. Some stars also worked behind the scenes preparing and serving food.

1. Old Hollywood’s Stars Were The Last To Use LSD For Therapy 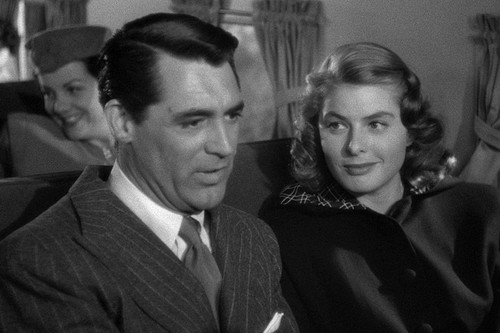 Back in the day, psychiatric practitioners believed that LSD stimulated psychosis. This idea was soon replaced with the notion that LSD could be used in therapy. In the late 50s Dr. Mortimer Hartman opened the Psychiatric Institute of Beverly Hills where he charged $100 a hit.

Cary Grant loved LSD. He initially went to Hartman to find out what his then wife Betsy Drake had been saying about him during therapy sessions. But Dr. Hartman soon diagnosed Grant with “prolonged emotional detachment” and convinced the actor that LSD might help.

And it mostly did. But sometimes Grant’s LSD trips took on a nightmarish turn. He once said: “You know we are all unconsciously holding our anus. In one LSD dream, I shit all over the rug and shit all over the floor. Another time I imagined myself as a giant penis launching off from Earth like a spaceship…”

In the early 60s, the Food and Drug Administration started to look more closely at the Psychiatric Institute of Beverly Hills and Hartman was forced to close in 1962. Grant continued taking LSD, albeit more quietly, and left $10,000 dollars to Hartman.