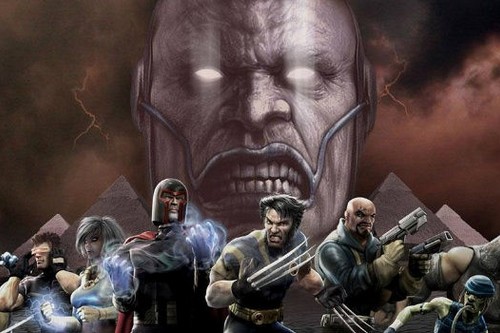 Marvel Comics have been churning out heroes and villains since it was first founded in 1939. It has got countless numbers of notable heroes who are time and again pitted against powerful villains who try to destroy the world. Here we are going to discuss 10 greatest marvel comic villains: 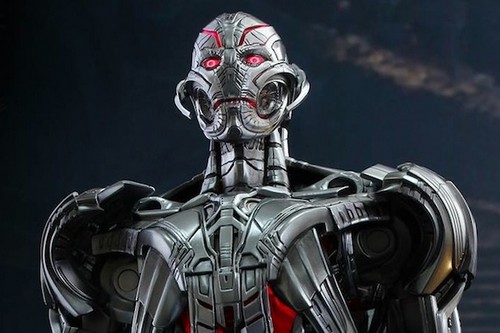 In number 10 position of the greatest marvel comic villains is one of the greatest Avergers super villains ever – Ultron. Since its first appearance as an unnamed character in the comic Avengers #54 (1968), Ultron has come a long way. From mind-controlling to superhuman speed and strength its visual appearance and powers keep varying. Ultron’s outer armour is composed of adamantium, making him the first Marvel Comics character to use that fictitious metal alloy. Despite being an arch-rival Ultron shared a quasi-familial relationship with some of the members of the Avengers. In the latest film Avengers: Age of Ultron 2015, Ultron is portrayed by actor James Spader. 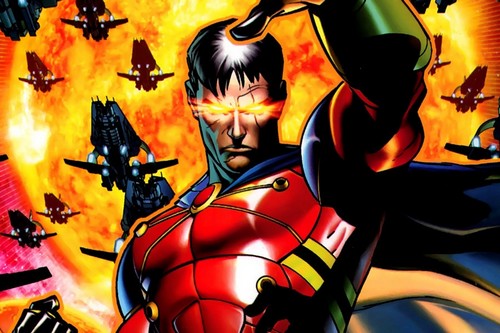 Vulcan is relatively a recent addition to the list of Marvel comic villains. Introduced first in X-Men: Deadly Genesis #1 in 2006, Vulcan was the unborn child of Christopher Summers and Katherine Summers. He was grown in an incubation-accelerator then sent to Earth to become a slave. He later joined a team of X-Men but soon things occurred and he turned against Professor Xavier. Among his abilities Vulcan has the power to manipulate vast amounts of energy and produce light, force, heat and electricity. He’s got psionic abilities that he uses for various purposes. 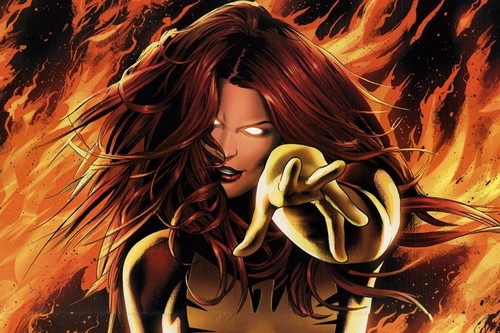 In number 8 position of 10 greatest marvel comic villains is Dark Phoenix – a mutant form of Jean Grey. She transformed into Dark Phoenix after being affected by radiation of a solar flare that enabled her to attain her ultimate potential for a few brief moments. Her heightened power corrupted her and she emerged with a new identity. Since previously Jean was one of the X-Men heroines, her transformation into a super-villain was quiet shocking to fans. She later joined the Hellfire Club and even helped them capture the X-Men. Dark Phoenix experiences an overwhelming power eruption and feels conflicted between her loving feelings for the people whom she cares of and her new destructive impulses as Dark Phoenix. Struggling to keep control Phoenix ultimately ends her own life. 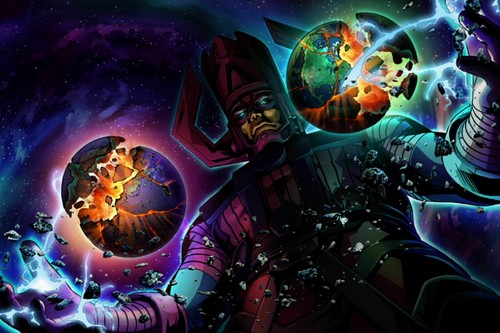 Created by Stan Lee and Jack Kirby, Galactus was first appeared in March 1966 in Fantastic Four #48. When he debuted in the Silver Age of Comic Books, Galactus was a God-like figure who would often drain out energy from planets in order to become powerful. He has been responsible in the destruction of a great many extraterrestrial civilizations. His greatest power is a type of cosmic energy known as the Power Cosmic using which he produces nearly any effect he desires like the creation of force fields, teleportation, manipulating souls, resurrection, etc. In the last four decades of Marvel continuity, Galactus has appeared in several Marvel products. 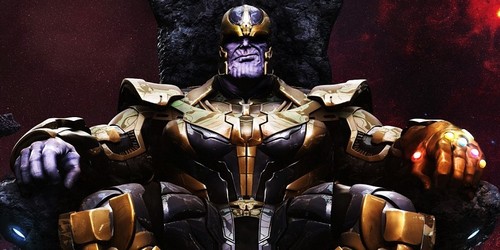 In number 6 position of 10 greatest marvel comic villains is Thanos. He was created by writer-artist Jim Starlin who conceived the character while doing psychology classes in college. First appearing in Iron Man #55, 1973, Thanos is a member of the Titanian Eternals who are a mutant race of super humans. For the last decades Thanos have remained as one of the greatest marvel comic villains. He has made a number of appearances in the Marvel Cinematic Universe, the latest being in the films Guardians of the Galaxy (2014) and Avengers: Age of Ultron (2015) played by Josh Brolin. 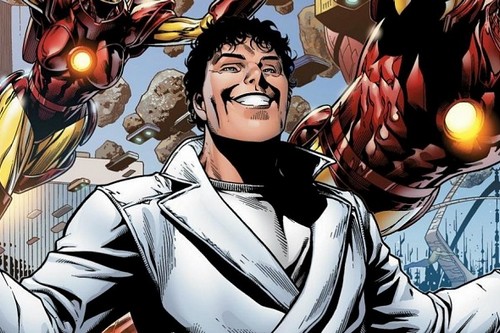 Beyonder first appeared in Secret Wars #1 in 1984 but being an omnipotent character pulling strings from distance he went mostly unseen. He was created by writer Jim Shooter and artist Mike Zeck. During his debut he managed to kidnap several characters of the Marvel Universe, both heroes and villains and sent them to a planet called Battleworld. He reappeared in the sequels, taking on a human form and threatening to destroy the world. By the end of Secret Wars II, Beyonder died but he later made small appearances in Marvel universe in diminished forms. 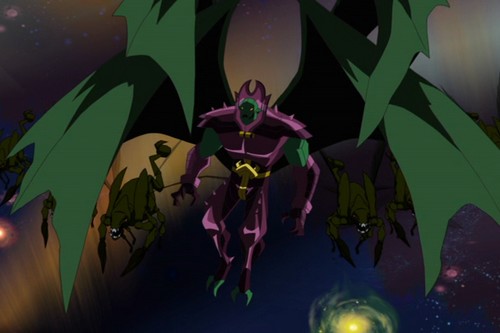 In number 4 position of 10 greatest marvel comic villains is Annihilus who first appeared in the Fantastic Four Annual #6 in 1968. Created by Stan Lee and Jack Kirby, Annihilus grew up in the harshness of volcanic environment. He has got superhuman strength, stamina and durability. He usually Wields Cosmic Control Rod with which he manipulates energy, slows the aging process and does other evil things. He also leads an army of some 200 super powered aliens who are extremely loyal to him. Annihilus has been featured in television, video games, toys and even a board game. Although he dies quiet early but is since then reborn quiet often. 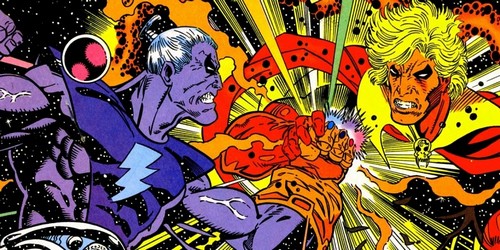 The Magus made his debut in the New Mutants (vol. 1) in 1984. Intended to be homage to the original Magus and Adam Warlock, writer Chris Claremont and artist Bill Sienkiewicz created Magus. Magus is the ruler of Technarchy. According to their bizarre custom, a Warlock has to kill his father or be killed by him. So Magus runs away to Earth. There he joins the New Mutants. The Magus is a techno-organic and is entirely composed of living circuits. He is huge in size and has got super strength, ability to mimic, shift shape transform any life-form into a techno-organic being.

In number 2 position of 10 greatest marvel comic villains is Apocalypse. Regarded as one of the greatest antagonists of the X-Men, Apocalpse first appeared in 1986 when a certain unnamed character from a previous Marvel Graphic Novel was identified as Apocalypse in disguise. Apocalypse is basically a mutant who enhanced his superhuman abilities merging with Celestial technology. He also possesses the ability to alter his physical form. And besides having a great knowledge of Celestial technology, he is an incredibly skilled demagogue and a master strategist. Apocalypse, also known as En Sabah Nur, has made recurring appearances in the X-Men including including in spin-offs and several limited series. In the upcoming 2016 film X-Men: Apocalypse, he will be portrayed by Oscar Isaac. 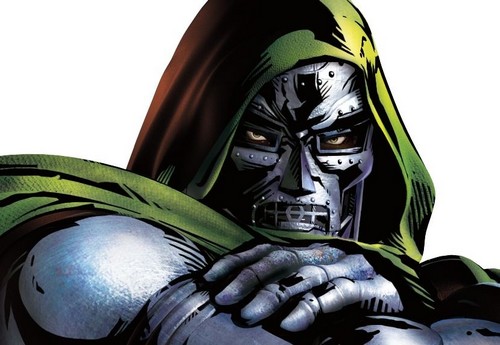 An archenemy of the Fantastic Four, Doctor Doom is the son of Romani witch Cynthia Von Doom. Created by Stan Lee and Jack Kirby, he first appeared in The Fantastic Four #5 in 1962. He heads the nation of Latveria and is a sorcerer and a genius inventor. In the Marvel Universe, Doctor Doom is one of the most intelligent being. Among his super powers, he is capable of projecting energy, summoning demons and creating protective shields etc. He has made recurring appearances in feature films, video games, television series etc.