When we look at the celebrities from the world of entertainment, we see glitz, glamour, smiles, beauty, money and fame. We revere and emulate the celebrities. Some of us even hate them for their lifestyle and attitude. However we feel about them, we cannot really ignore them, because every day, they are on the newspapers. For us, they are almost other-worldly beings. We tend to forget that they are just as much of flesh and blood as we are, and before they could reach their current stature, many of them have had to go through a lot of struggle. Not all stars and celebrities are like Paris Hilton and Kim Kardashian, born with a silver spoon. Many of them have faced traumas of poverty, abuse, etc. Let’s look at some of the celebrities with traumatic pasts. 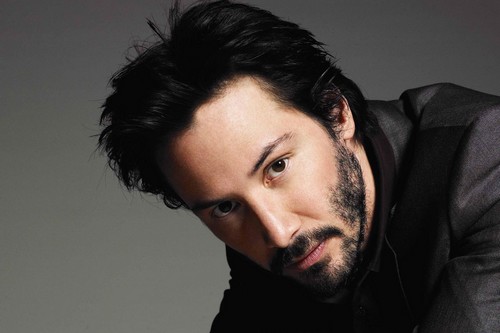 The Canadian actor was just three when his father left him and his family, and Keanu only knew him till the age of six. He witnessed several divorces of his mother, and had to go around changing places and schools due to the marriages. In school, he couldn’t do well because of his dyslexia, and though he was a great hockey goalie, an injury shattered his dream to play for his country. He saw his sister fight leukaemia. Later, he lost his close friend, River Phoenix to drug overdose. However, his devastating experiences didn’t end here, because a few years later, he and his girlfriend, Jennifer Syme, buried their still-born baby girl. A year later, Jennifer passed away of a car crash. She is believed to have been under the influence of drugs at the time of driving, and died instantly. 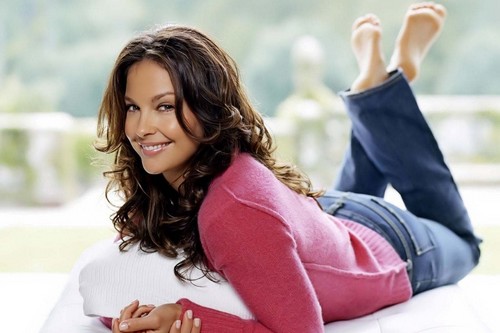 The Hollywood beauty revealed in her book, “All That’s Bitter & Sweet” that her torturous childhood made her suicidal. Owing to the struggling phase in the singing careers of her mother and sister, she had to go to 13 different schools, and felt unwanted. She had to witness inappropriate amount of sexuality due to her mother’s volatile relationships, wherein she could hear sounds from the other room, as well as violence when she saw her mother toying with guns. She also had to witness drug and alcohol dependency. She herself was subjected to sexual abuse, and is a three-time rape survivor. She later on, at the start of her career, she received sexual advances from a male model who tried to force her to perform oral sex on him. 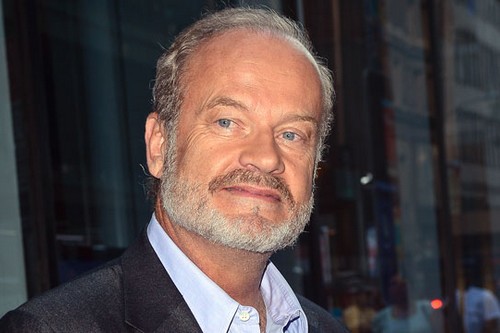 Kelsey’s parents divorced when he was just two and he saw his father just twice since then. His primary care-givers, his grandfather, died when he was eleven. Shortly after, his father was shot dead by a deranged cab driver for no apparent reason. Later, Kelsey got expelled from the third school he attended. His tragedy didn’t stop there. As he grew up, he lost his sister to a gory murder by a gang of bank robbers, and Kelsey had to identify and drive the mangled body back. He then lost his two half-brothers to a horrific scuba-diving accident, wherein one of them was eaten by a shark. The 9/11 attack took away from him his close friend and producer, David Angell, and another friend was killed by his own wife. One of Kelsey’s wives killed their unborn baby during a suicide attempt. 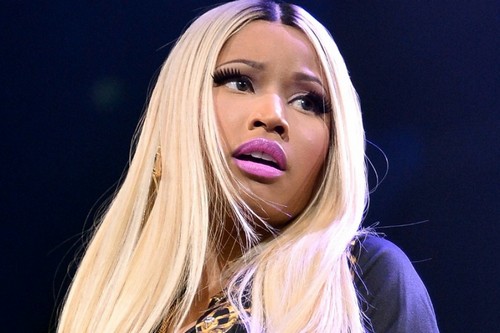 The fierce and voluptuous musician was born Onika Tanya Maraj to a family of 15, living in a three-room house. She lived with her grandmother till five. Then she moved to New York with her mother in a rather hostile neighbourhood with exposure to drug dealers. She witnessed the numerous separations of her mother with her father, a drug and alcohol addict. She was exposed severe domestic violence, screaming, weeping, fighting, and regular raids by cops. She spent her nights crying because of how he treated her mother and brothers. He once set fire to their New York house with her mother still inside. Another time, she watched him drag her mother two blocks by her hair. As a child, she closed doors to protect her mother. The trauma made her grow up to be fierce. 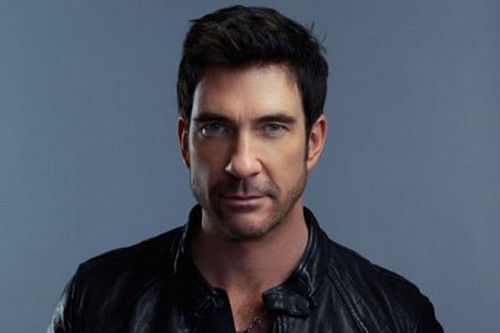 The red-blooded but gentlemanly actor was born to a teenage woman and her gangster boyfriend, John Sponza, who was not his biological father. Sponza, a violent racketeer, murdered Dylan’s mother when he was just five. But, the murder was ruled as an accident. But, later, in 2012, the police found evidence against Sponza who was already dead. After the death of his mother, Dylan went to live with his grandmother in quite an unfriendly and inappropriate neighbourhood, filled with thieves and burglars. He soon sought out his biological father and started working with him in a shady bar, breaking fights and cleaning vomit, and serving beer to thuggish men, until his father’s wife encouraged him to get into acting and adopted the 15-year old Dylan when she was just 23. 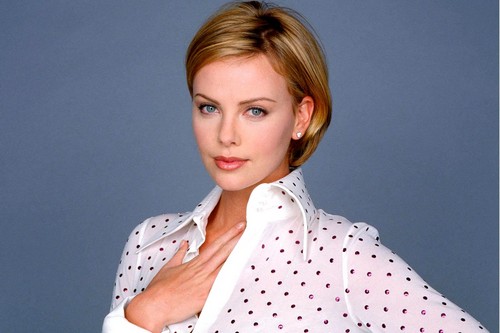 The actress from South Africa showed a knack for acting from an early age, but, she was sent off to a boarding school, away from the drama at her home that her mother faced on a regular basis. Her father was a drug and alcohol addict, who, when inebriated and high, used to turn abusive. He also cheated on Theron’s mother, who quietly tolerated everything until one night, during a disagreement, she shot him dead to defend herself. It was ruled self-defence. To distract Charlize, her mother forced her to enter a modelling contest, which she won. But, she wanted to be more than just a pretty face. She wanted to become a ballet dancer, and went to New York, but, her knee injury killed her dream. She then moved to LA to pursue acting. 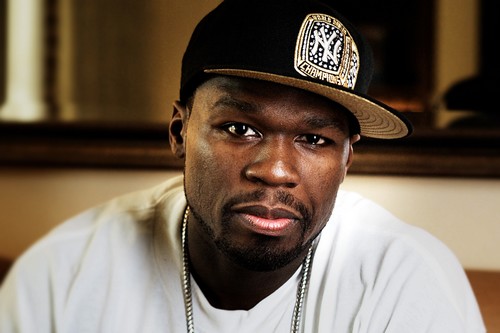 The rapper was born, Curtis Jackson, to a 15-year old woman who survived through drug dealing, and continued to do so until she was drugged and burnt in a gassed apartment when Curtis was just eight. The fatherless Curtis started living with his grandmother and eight uncles and aunts, and soon turned to the streets, as he started selling cracks by eleven. He had a gun when he was twelve. He got caught by his grandmother, followed by frequent arrests by the police. Just as he was starting out on his career, he was shot nine times at close range outside a friend’s house, and was in the hospital for 13 days. It is alleged that the gunman was the bodyguard of Mike Tyson who was himself killed after some days. 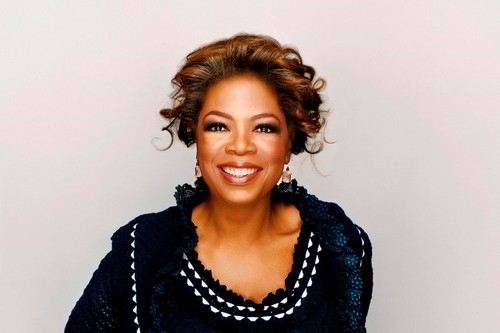 The television mogul was born in a poverty-stricken, rural family in Mississippi to teenage parents, who broke off their relationship. Oprah grew up in her grandmother’s languished house, and as she grew older, she shifted with her mother to Wisconsin, where she was repeatedly molested by her male relatives. A traumatized Oprah turned to alcohol, drugs and sex, until she gave to a baby at 14. The child died soon after its birth. She then went to live with her father in Nashville, and gradually excelled in her career. As a public figure, she struggled with her weight, and faced racism. She even faced hostility for supporting alternative sexual orientation on her show. 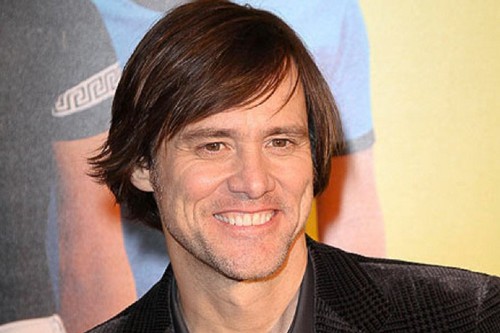 The ever-smiling comedian, Jim Carrey, had a difficult life in Canada where his father who was an accountant, lost his job. With four kids and a wife to support, Jim’s father turned to a tire factory which wanted to hire the entire family. The out-of-work parents accepted it to generate income, and the family started living in a small building that the factory offered. With pressure at work building up, Jim dropped out of school in the 10th grade, and started doing stand-up routines, besides his factory work. But, the family soon ended up homeless as they succumbed to the pressure of the situation at the factory, and had to move into a van. Jim was not initially accepted as a performer, but, he won the people’s heart by the age of 16, and soon moved to LA to be a comedian and actor. 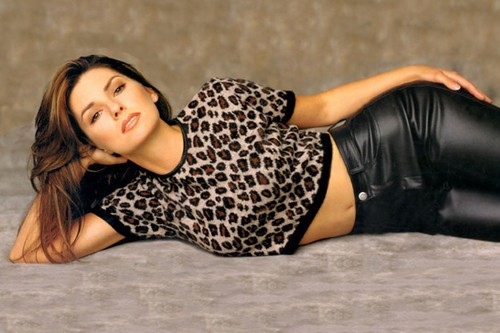 Born Eilleen Regins to parents who divorced when she was just two, the country singer and her sisters were adopted by Jerry Twain, and Ojibwa, who married their mother. Eilleen had a difficult childhood, as her parents earned little, and there was shortage of food. Eilleen learnt to hunt. She witnessed violence of her parents’ crumbling marriage. At an early age, she took the responsibility of her siblings, working and singing at bars to prevent them from going to foster care. Later, after she became singer Shania Twain, her 14-year marriage to Robert Mutt fell apart, and allegedly, Shania’s best friend, Mary-Ann Thiebaud, played a key role. She developed physiological problems that affected her singing voice and volume, and she believes her stifled emotions to be the cause.

There are many other celebrities who have gone through many adversities and traumas. Leighton Meester’s mother was imprisoned for six months right after Leighton was born, after being caught working in a marijuana ring. Demi Moore was brought up by an alcoholic and bipolar teenaged mother without the shadow of a father. Rose McGowan grew up testament to the perversion of a religious cult who believed in ‘free love’, treating women as sex slaves and planning to promote sexual relations with children. Woody Harrelson’s father was a contract killer who spent most of his life in the prison. Jack Nicholson grew up believing that his mother, an aspiring actress, was his elder sister, and that his grandparents were his parents. Charlie Chaplin’s mother, a struggling singer, struggled all her life to provide food for the two.

There are many such heart-wrenching tales of the stars who today live a life of glamour and receive a lot of attention from the public. Even then, we have no idea about what is going on in their personal lives every day. The important thing is to remember that they all overcame the adversities, and many of them are still fighting every day with vices like sexism, racism, homophobia, depression, bulimia, etc., and judgment, if nothing else. As much as we love (or hate) by their apparent glitzy smiles and rich lifestyles, we should also try to get inspired by how they push themselves every day to not give up.