Queen Victoria is perhaps best known for her strict standards of personal morality which identified the period of her reign. After all, it was during the Victorian era, which was named after her, that society was expected to show sexual restraint, low tolerance to crime and a strict social code of conduct. However, it was also under her rule that Britain underwent a great industrial expansion and economic progress. To the outside world, Queen Victoria appeared as a grim and foreboding ruler. But in her personal life she could be quite the opposite. Here, below is a list of ten most amazing facts about Queen Victoria. Have a look!

10. Her Proposal to Prince Albert 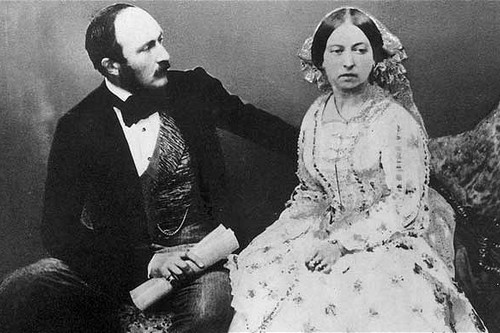 On 15th of October in 1839, Queen Victoria proposed to her first cousin, Prince Albert. Later in her diary she wrote “we embraced each other over and over again, and he was so kind, so affectionate… I really felt it was the happiest brightest moment in my life.” They got married in 1840 and had a happy married life. Indeed, when Prince Albert died in 1861, Queen Victoria never fully recovered and fell into deep mourning for years to come.

9. Block of cheese as a Wedding Gift

When Queen Victoria married Prince Albert, she received a giant cheddar wheel as a wedding gift. The block of cheese weighed over 500 kilograms and was made from the milk of 750 cows. The queen accepted the present. However, the farmers that made the cheese then asked if it could be exhibited. Queen Victoria agreed, but after the exhibition she simply refused to take the cheese back.

8. Her fear of Bishops

It is widely believed that Queen Victoria had an irrational fear of bishops. Apparently when she was a little girl, she was scared of their wigs, and in consequence, scared of the people under the wigs. However, she managed to partly get over this unusual phobia after the Bishop of Salisbury allowed her to play with his badge of Chancellor of the Order of the Garter.

Queen Victoria’s life was threatened at least 7 times. The first attempted assassination took place in 1837, not long after she took the throne. It was carried out by a man who claimed to be the rightful son of George IV and the heir to the throne. In most cases, the queen’s life was threatened by insane individuals or extremists. For example, in 1840, a man tried to shoot the Queen because he did not believe it fit to have England run by a woman and in 1872 and Irishman with a pistol tried to get her to sign a document that would free the Irish from the English (express.co.uk). The last attempt on the queen’s life came in 1882. The shooter hated not only the queen but also the number four. He also believed that there were supernatural powers to de discovered in blue things.

6. Her Strained Relationship with her Children

Queen Victoria had nine children with Prince Albert. However, she hated being pregnant as it took away her powers as a queen. She also disliked breastfeeding and called it a disgusting practice. She was severe to her children and did not believe in affection. Her relationship with her eldest son, Bertie (or Edward VII, as he became known later) was particularly difficult. Like many princes, he was educated at home with a tutor and did badly in lessons – his parents considered him a halfwit. When Bertie was 19, he trained in an army in Ireland and was found in bed with a prostitute. Prince Albert wrote his son a long, sad letter. He later went to Cambridge to see his son where they took a walk in the rain. Prince Albert came back a sick man and died three weeks later. Queen Victoria blamed Bertie for the death of her husband for the rest of her life.

5. Spying on her Children 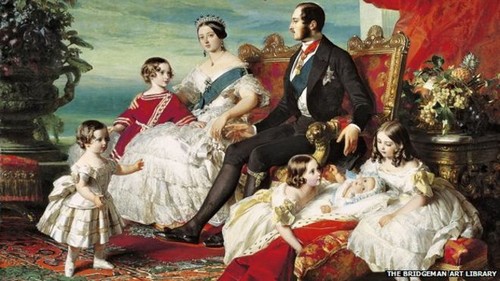 Queen Victoria’s insatiable and unquenchable need to be in control and power led to her employment of spies and informers to report on her children. When her eldest daughter married and moved to Germany, Queen Victoria wrote her every day and in a way, micromanaged her life. When her son Bertie married the Danish princess Alexandra, the doctor on Queen Victoria’s command was forced to report on every minute detail of princess’ Alexandra’s state of health, including her menstrual cycle. Queen Victoria intended to keep her youngest daughter, Beatrice, unmarried. However, Beatrice rebelled and got engaged to a German prince. Queen Victoria was so enraged she did not speak to Beatrice for six months and only agreed to the marriage on the condition that they live with her (BBC).

4. ‘The Grandmother of Europe’ 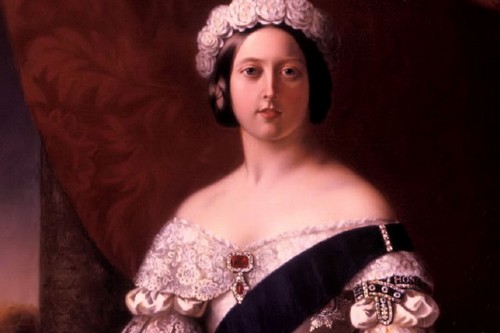 Towards the end of her reign, Queen Victoria was nicknamed ‘the grandmother of Europe’. This was because most of her nine children married into royal European families, as did her grandchildren when they grew up. Queen Victoria’s children married into the houses of Battenberg, Denmark, Prussia, Russia, Schleswig-Holstein and Waldeck. Some of her more notable grandchildren include Queen Sophie of Greece, German Emperor Wilhelm II and czarina Alix of Russia.

3. The Carrier of the “Royal Disease”

It is believed that Queen Victoria was the carrier of hemophilia B, which is also known as the “royal disease” because it affected the royal families of England, Germany, Russia and Spain in the 19th and 20th century. She passed this trait onto 3 of her 9 children. Her son Leopold, a delicate sickly child, was the first to suffer – he died from hemorrhage after a fall. Queen Victoria’s daughters, Beatrice and Alice, passed the disease onto several of their children. After Queen Victoria, the disease was passed on for three generations before it completely disappeared. 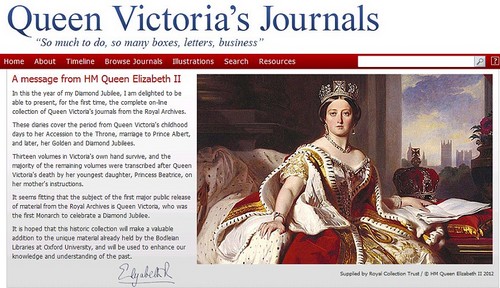 Queen Victoria started her first diary in 1832. At the time, she was just thirteen years old. Her mother inspected her journals every day until Victoria became Queen. She kept a diary all throughout her life and her last entry was made just ten days before her death. Over the course of her life, she filled 121 journals and on average, wrote 2,000 words a day. Before Queen Victoria died, she insisted that after her death, one of her children would go over her journals and censor anything that might be considered improper. Queen Victoria’s daughter Beatrice did exactly that. After her censorship, most of the original journals were destroyed.

Queen Victoria was the first monarch to rule from the Buckingham Palace (LINK 15). She took up residence in the palace in 1837. After her marriage to Prince Albert, the Buckingham Palace was used as a royal family home, a place for entertainment as well as a place for official business. However, after Prince Albert’s death, Queen Victoria neglected the Palace favoring other places such as the Windsor Castle, Balmoral Castle in Scotland or Osborne House on the Isle of Wight.