A staircase is perhaps the most common piece of architectural miracles, which we are very used to using, and we often forget how great they are. There are ancient: they have been serving mankind from about 6000 BC, helping us overcome height, small or big. Here is a list of 10 most famous stairways around the world. Let’s take a look: 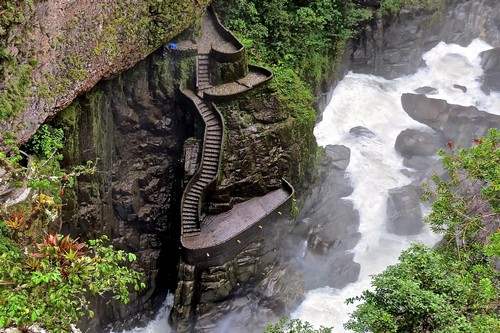 The Canyon Staircase in Ecuador is located near the famous Paílón del Diablo waterfall on the Pastaza River. It is a fairly large waterfall, and one of the major tourist destinations of Ecuador. The stairway itself is one of the greatest attractions of the place. It meanders through the foliage with natural curves in sync with the waterfall, and is one of the most famous stairways in the world. 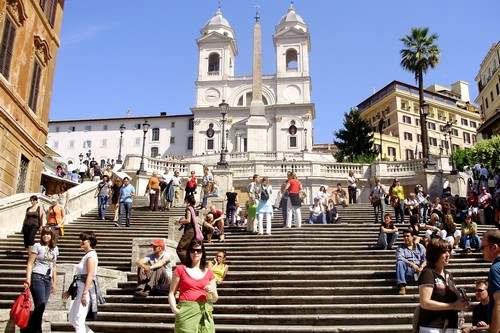 The Spanish Steps are located in Roma, Italy. They are a monumental set of 135 stairs that lead to the Trinità dei Monti in Piazza Trinità dei Monti, climbing a steep slope, with the Piazza di Spagna at the base. It was built in 1723-1725 to form a link between the church and the Bourbon Spanish Embassy. A walk up these stairs will be a reminder of scenes from the 1953 classic, Roman Holiday. 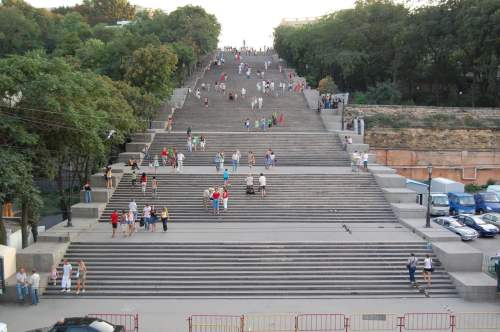 The Potemkin Stairs, located in Odesa, Ukraine, is the the symbol of Odessa, and acts as the entrance to the city from the sea. Originally known as the Boulevard steps, the Giant Staircase and the Richelieu steps, it had 200 stairs, but 8 were lost under sand during the extension of the port. Battleship Potemkin, one of the greatest films, has an act, The Odessa Steps, is set on this stairway. 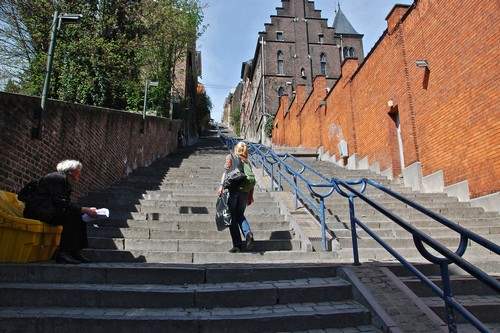 The Montagne de Bueren or the Bueren Mountain in Liège, Belgium, is not a real mountain. It is a stairway of 374 steps. It leads to the famous but largely destroyed Citadel from the Hors-Château. It was built in 1881 to help the soldiers climb down from the top of the hill to the centre of the city safely. From the top of the stairway, one can get an excellent view of the city and the Meus River. 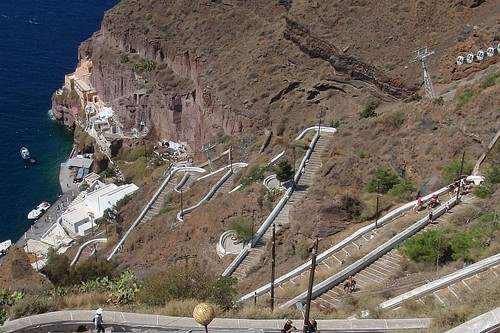 The Santorini Stairway in Greece is one of the most famous stairways in the world. It was built in 1715 as a rough stairway into the side of the mountain, by the inhabitants of the island to hike to the top. It was improved later and used to carry cargo and passengers, on donkey-back, mainly. Though there is a cable car, the donkey rides up the zigzag stairway with 657 steps is still fun and popular. 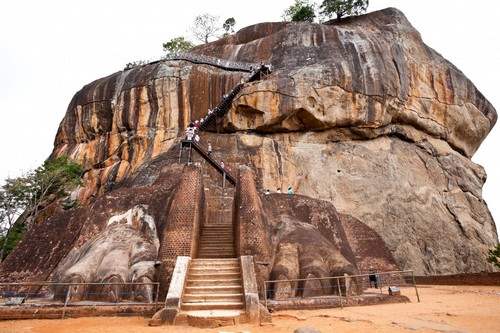 Sigiria, or the Lion Rock, located in Sri Lanka, is a gigantic column of rock of about 200 m. Once upon a time, it had the Sky for the king built atop this rock, which was later used as a Buddhist monastery until the 14th century, which is now in its ruins. Now a UNESCO World Heritage site, Sigiriya has a stairway of 1200 steps. Climbing them may be strenuous, but the view from the top makes up for it.

The Baha’í gardens in Haifa, Israel, is one of the most beautiful gardens in the world, and is a UNECO World Heritage site. They are spread along a remarkable staircase of 19 terraces and 1700 stairs. This stairway, one of the most famous stairways in the world, extends up the northern slope of Mount Carmel, and is flanked by two streams cascading down through the steps and terrace bridges. 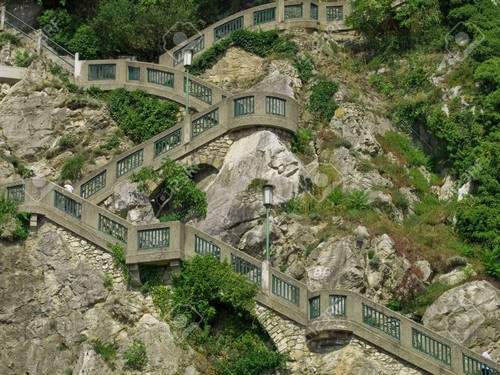 The Schlossberg clock tower is the main attraction of Graz, Austria, visible from all parts of the city, and from the top of it, Graz and its surroundings areas. To get that that view, tourists have to climb up the Schlossberg Stairs at the far end of Schlossbergplatz. The stairway consisting of 260 steps, are cut into the face of the Schlossberg Hill, back and forth to the clock tower and the top of the hill. 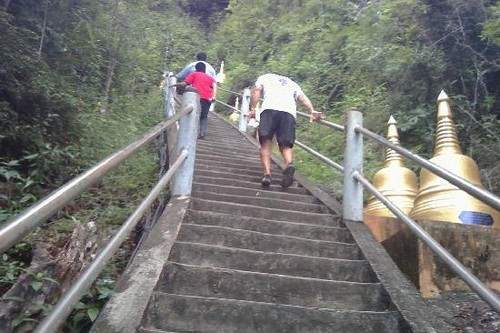 The Tiger Cave Temple is a famous Buddhist temple in Krabi, Thailand, and is a sacred Buddhist site. The temple has two short stairways that merge to form a strenuous set of stairs leading to the top where there is a glorious Buddha statue of 278 m on the 600 m temple. Another set of stairs leads to the limestone cave. There are 1237 steps altogether, which need to be climbed to reach the summit. 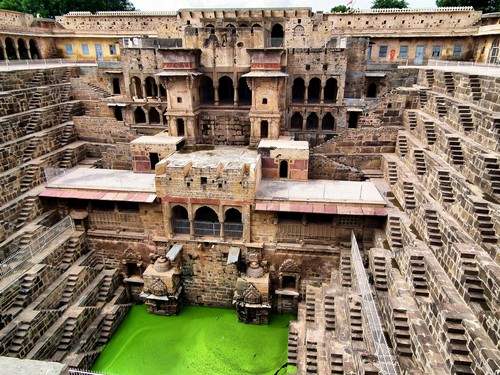 Chand Baori is one of the deepest and largest step wells in India, located in Rajasthan. It was constructed to store water for a long time, since there is scarcity of water in Rajasthan. There are 16 storeys that extend to 100 ft, and 3500 steps that are beautifully patterned to lead down to the cool water. The Baori and its stairs have been featured in Hollywood films notably The Dark Knight Rises.

These are some of the most famous stairways in the world. There are several other mind-blowingly beautiful staircases. Many of them have been built a long time ago, while a lot of them are new structures. To offer an alternative, some of the stairways have lifts, cable cars, so that those who cannot climb so many stairs can still enjoy the destination. But, as they say, sometimes, the journey is more important than the destination, and the saying is definitely true when it comes to these most famous stairways with great many stories to tell.