Hollywood saves the world with its incredible super heroes, it reverses climate to prevent catastrophes, changes the course of fault lines tearing through the earth and tries to fill up cracks in mountains to save the country below. It does produce a lot of good entertainment for a film viewer but its actors, actresses and other members are not away from controversies themselves.

Scandals are a routine for anyone in the world of glam. Occasionally they are the subject of libel and slander too. It depends on a lot of things and you wouldn’t believe how much audience perception and support matters to the well being of these stars. Below are ten controversies about Hollywood actors or the industry that will make you believe that all that glitters is not gold. Behind the scenes and at the backstage, there is malice, there is evil and sometimes you will find a display of all negativity in human life amidst the world of glam. 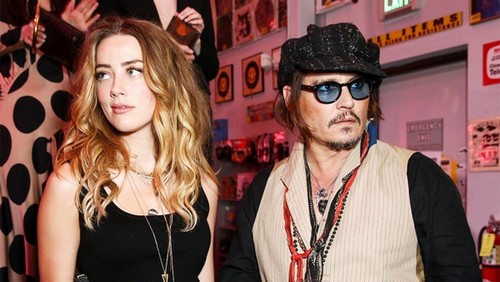 2016 was not a good year for Johnny Depp considering that “Alice through the Looking Glass” failed to convince viewers that it should be hit. Previously other films casting Johnny Depp had also flopped in a series. We read about his financial problems, staff salaries, high end lifestyle but no money to support it and so on. Amidst all this, we came across the allegations by his wife about a violent marriage. Amber Heard filed for divorce in 2016 citing “irreconcilable differences” as the reason. Later her lawyer told the court that Heard had been into several years of physical and psychological abuse with Depp. The divorce settlement gave Heard $7 million, all of which she donated to charity. The controversy however, did give a boost to their careers! What did we say about perceptions and fan following? They both got their share of sympathy from the masses. 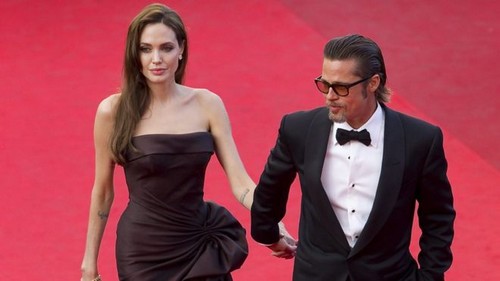 We have written an article on how the world was shocked at the Jolie-Pitt divorce before but obviously, it also makes this list because of the controversies attached to it. Although Angelina filed for divorce for the “health of the family”, there were other backdrop issues in the story. A particular controversy involved a child welfare incident involving Brad Pitt and his adopted teenage son Maddox on a plane. The FBI looked into the incident and eventually cleared Pitt of any illicit involvement. It was expected that the scandals would affect Pitt’s standing in the industry and his first film “Allied” after the split bagged low numbers at the box office (We believe that Allied by default was a very strong plot and script but it could not counter Pitt’s reputation plus we love Angelina more!). 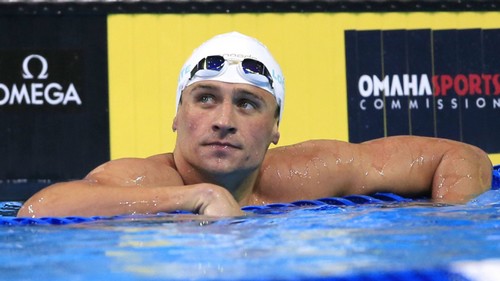 Ryan Lochte, the American Olympic swimmer garnered sympathy when he told the world that he and two other American Olympic swimmers had been robbed in Rio de Janeiro during the world class sports event. Later however, the Brazilian police alleged that Lochte fabricated the whole story and charged him with stating false report on a robbery. To his fans’ surprise, Lochte admitted to have gone overboard with the story. His act was seen as an attempt to stain Olympics and the host country’s management for the safety and well-being of the guest athletes. Lochte revived himself to some extent in  the eyes of the public but he has still not been forgiven. Until last news while he was in the spotlight, he was expecting his first child with fiance Kayla. 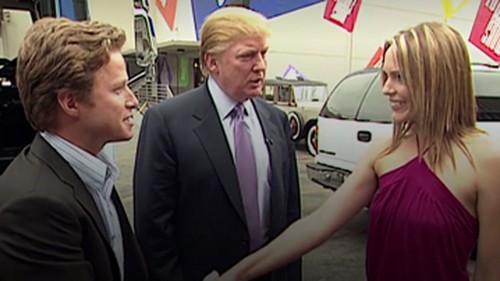 A tape was leaked in 2016 about Donald Trump and Billy Bush talking about girls. Trump saying vulgar things about what he can do with them because of his stardom and money. Billy Bush was taken heads on by listeners for egging him on and will find it a bit hard to come back into show business for a while. Trump on the other hand had been elected the POTUS while we expected the tapes to cause his downfall. As of now in June 2017, Trump manages to remain in the headlines and all for the wrong reasons. He didn’t have a filter between his brain and tongue then and he doesn’t have it yet either. 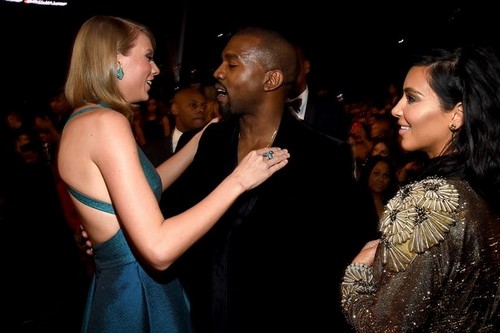 Kanye West came up with a new song that had a line about being intimate with Taylor Swift. He also sweared and said that it is possible because he made her famous. We are not quoting the exact line here however, Taylor’s camp took offence to the line and came forward with an accusation that Kanye did not ask him before doing that. In return, Kardashian and Kanye produced snapchat videos where Swift said “ok” to the lyrics when he asked. All this makes us wonder how deep this mess goes and who is right. Was Kardashian right when she recorded without letting Swift know or was Swift right when she said that she did not know about the line with the swearing and making famous part.

Here we thought that the only rich and famous people recording our calls were the NSA. Turns out that your friends can do that too. The controversy pretty much died out on its own because West and Kardashian had their own personal problems to deal with and Swift just settled down.

5. Nate Parker and “Birth of a Nation”

“Birth of a Nation” was Nate Parker’s passion project and was met with acclaim even before its release. People were already expecting it to bag awards. However, in August 2016, it was revealed that Parker and his roommate Celestin had been accused of rape in 1999, while they were students at Penn State University, and that the accuser had committed suicide in 2012. Parker was acquitted in 2001 and Celestin was found guilty. Although later Celestin was also relieved through the appeal court- the darkness of the story loomed over “Birth of a Nation”. Fox Searchlight acquired it but it failed to deliver what it had promised before the rape story had come out.

4. Endangered White Males at the Oscars 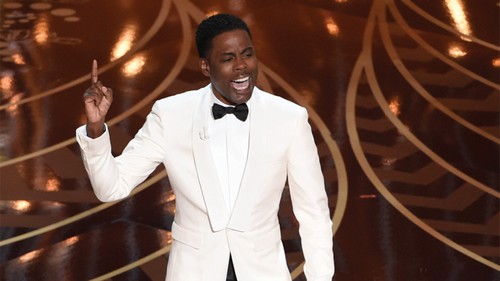 Diversity is still an issue in Hollywood. When Oscar nominees were announced at the start of the last year, there was not one coloured actor in all four major categories. Chris Rock might have raised a few laughs about it at the ceremony, but the Academy still has a long way to go on the path to destination diversity. 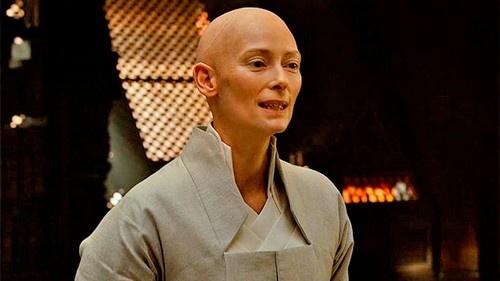 Enrolling white men into roles that were originally colored men has sparked controversy in the Hollywood during 2016. Tilda Swinton playing Dr. Strange is at the top amongst these. Although the performance of the movie was not affected by the character that was originally coloured in Marvel comics, but there was an overall expression of indignation. Matt Damon in “The Great Wall” was fairly accepted in the role despite the original story showing a man of colour. 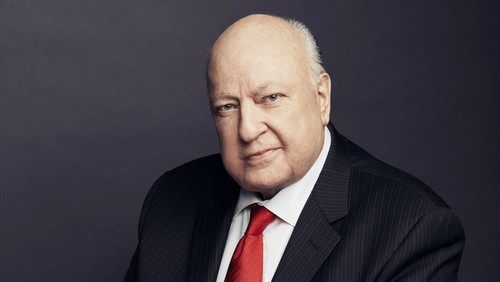 The top executive at Fox News Ailes faced many accusations of sexual harassment last year during Mr. trump’s campaign. Fox News’ own anchor Gretchen Carlson filed suit against Ailes. Eventually the pressure became so high that Ailes had to resign. Even Mr. Trump called the exit “very sad”. As a cherry on top, add the whole Donald Trump drama to Fox News for more spice. We get to that in the next part. 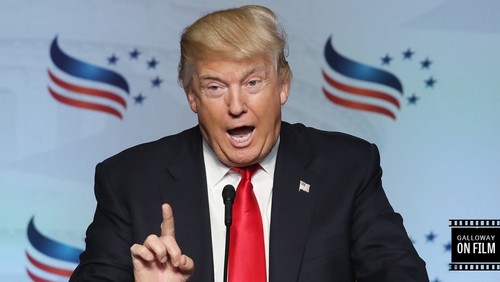 Trump waged war against the fourth pillar of the state and he won it. The way all American media rallied against Trump was notable but Trump’s attacks on the media were unprecedented. In the 2015 Presidential debate he used the words “blood coming out of her wherever” for the Fox News’ Kelly and the world saw how Trump lashed against the media afterwards. The Hollywood for the most part supported Hillary Clinton, through publicity and funds.