According to a recent estimate, there are 3.3 million Muslims living in America. It is the third largest population in the country preceded by Jewish and Christian population. Muslims make 1% of the total population in the U.S. They come from various backgrounds with one-third being African Muslims. Over the past few years there has been rapid growth in the Muslim population. Primarily because of Christians and Jews that converted to Islam after the Twin Tower incident. The motive for Jihad at the World Trade Centre made many people so curious that in their quest of learning about Islam. They ended up adapting it is as a lifestyle and a religion.

With the recent uproar regarding the immigration ban, we believe that these facts must be brought to light. Are Muslims dangerous? Is Islamophobia well deserved? Find out more below. 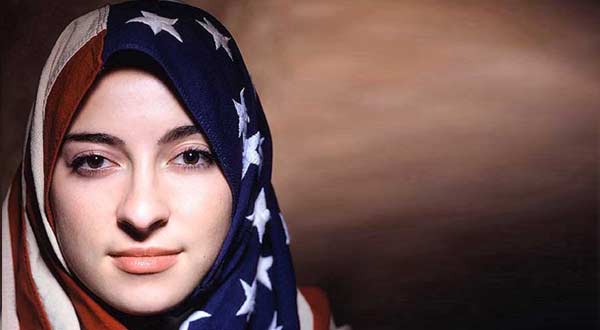 Contrary to the popular perception of Muslims and South Asians particularly, the majority is well educated and learned with their income levels exceeding those of the U.S born whites. They “earn” those jobs, they do not “steal” them. For example 2.7-5% of the doctors in America are Muslims. If they were all sent out by Mr.Trump, who would take their place? They are there because they deserve to be there.

Rightfully, many immigrants and Muslims in the country have taken up petty jobs like cleaners, waiters and drivers. Yet, 45% of Muslim immigrant households report income levels of $50000 or higher and 19% having an income of $100,000 or higher (with the national average being 17% in this area). The concept of Muslims stealing and being involved in crime in order to support themselves seems to be a sweeping statement. While no one denies that some might be involved- majority of these people are peace-loving and hardworking people. 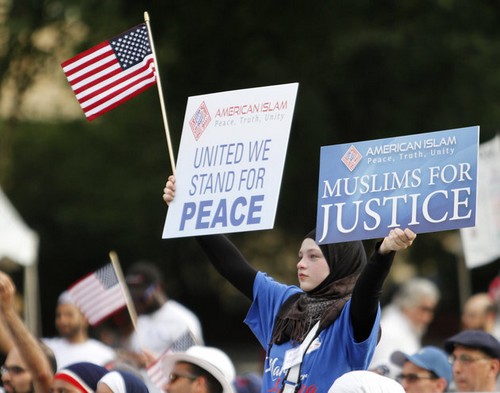 Following 9/11, the anti-Muslim acts increased from 354 to 1,051 in 2001. In a survey that took place in 2007, 53% of American Muslims expressed that it had become tough to be a Muslim in America after 9/11 and the majority of these people rated discrimination and being viewed as a terrorist as their top problems after the collapse of the Twin Towers.

The public’s general ignorance about Islam and their stereotyping of Muslims has indeed caused an increase in hate crimes and harassment particularly in the way of females dressing up according to the Islamic code of conduct. 76% of the Muslims in America are equally concerned about the rise of Islamic extremism as are the Americans. But, 61% of these are also concerned about the rise of extremism in the USA. The All-American Muslim Television series broadcasted by The Learning Centre (TLC) Channel was an attempt to show people how Muslims of Michigan lived their lives. It was an attempt to normalize perceptions in 2011.

8. Controversy About Muslims in America 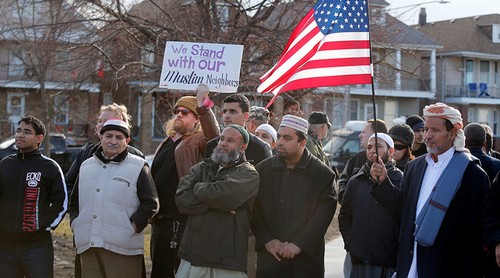 Muslims have played a controversial role in America on certain occasions. Although, it would still be unfair to stereotype all Muslims as controversial. The attack on Afghanistan in 2001 enraged Muslims all over the world. In the aftermath of the Afghan War, 15% Muslims in America believed that suicide bombings were somewhat justified. This could have been the repercussion of ‘justified’ attacks on innocent civilians in Afghanistan. There have been reported incidents of taxi drivers refusing to commute passengers bearing alcoholic beverages and cashiers refusing to sell pork to their clientele.

As this is in conflict with the mainstream American values. It has resulted in controversy, even though these actions are purely based on faith. The problem lies in the fact that Muslims try to change the mainstream values according to their faith instead of finding ways to adjust to the system as per their faith allowance. This conflict has led Americans to believe that Muslims in the U.S are a part of the larger terrorism game in the world.

Here lies the role of Muslim scholars that need to guide youth and elders about living in a multicultural, pluralist society and help them deal with multiple identities.

7. Islamic extremism in the United States 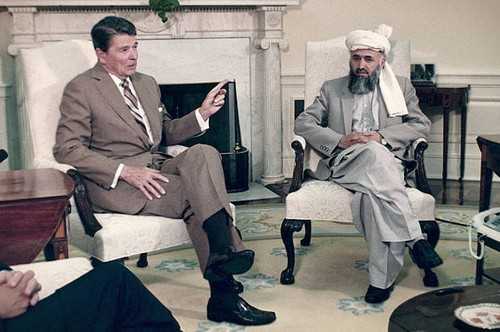 There have been cases where Muslims, either original or converted, have attacked Americans. For instance, four U.S Marines were killed in Tennessee in 2015 by a Kuwaiti-American and John Walker Lindh was imprisoned for plotting against Americans after being recruited by the Taliban while he was in Pakistan. The question is whether 2 out of 3.3 million people carry enough weightage to “mark” the whole Muslim population of being of the terrorist descent? 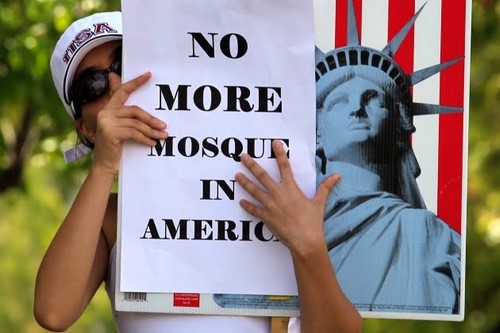 A Pew Research Survey in 2014 indicated that Muslims were the most disliked group in America. Another poll in 2015 showed that 56% of Americans believed that the American way of life and the Islamic way of life are in stark conflict. Possibly the major cause of this is the inability of scholars to propagate the cultural and pluralistic teachings of Islam in the right manner and leaving it to autodidacts like Osama Bin Laden to show people what Islam is. Andalusia witnessed the peak of Muslim power and showed the world a perfect and thriving pluralist and multicultural society. Islam and the Muslims need to revert to their “origins” by actually learning about their religion and its essence instead of relying on a cooked up version.

The war against terrorism seems to have become ‘war against Islam and Muslims’. And politicians like Donald Trump only add fuel to the fire. As they present rhetoric like “Islamic terrorism” relentlessly, not even pausing to consider their remarks as insult to Gold Star families on their way. Unlike President Obama and Bush before him, Mr. Trump is making no attempt to distinguish groups like ISIS and Al-Qaeda from the general Muslim population. This happened 73 years ago when other Americans could not tell the difference between Japanese enemy and fellows. The fact that the Muslim ban is being challenged by fellow Americans is proof that the common man wants to draw a line between terrorists and Muslims. 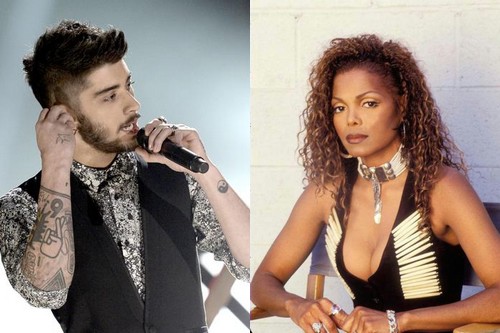 Besides occupying great professional designations, there are many celebrities in America that have followed Islam as a religion.

They are only a few on the list of celebrities that have followed Islam. Recently, two American anchors have failed in their attempt to embarrass and badger Lindsay Lohan on TV for her inclination towards Islam and its teachings. Even her wearing of the headscarf has been criticised. 56% of the Americans are uncomfortable with Muslim attire of Hijab and burqa. Even though Christian nuns cannot be imagined without their quite “similar” aesthetics. 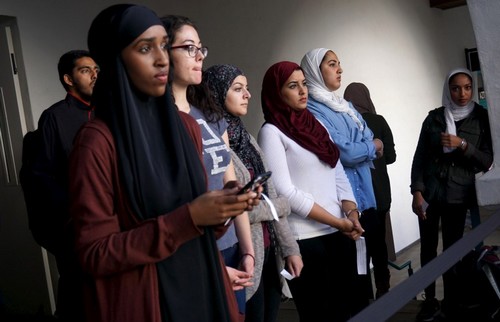 It is true that young boys are vulnerable targets to recruiters of ISIS and Al-Qaeda. That is not just because they are Muslims. Islamophobia and the intolerance of the society against Islamic beliefs has a great role to play in the radicalization of youth. As in Shylock’s words, “If you prick us, do we not bleed?”

2. Islam is a religion of peace

When you come across some “expert on Islam” who knows the religion so well that he only takes a moment to claim that it is Islam that is responsible for the unrest in the world. Take a moment to think about what he said. Because, Islam is actually a religion of peace and his expertise is coming from a very concocted version that is currently prevalent in the society. If you want to learn about Islam, try doing some genuine research on your own. Even if it is on Wikipedia or the web. In Quran, terrorism is an act of crook that instills fear and violence. It can be committed by anyone against anyone. And, loyal Muslims have been obligated to contain and help- much like the rold that the U.S tries to play nowadays.

1. Many Muslims fight FOR America 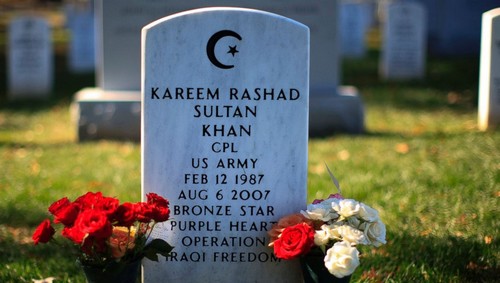 You are more likely to be saved by a Muslim doctor than be killed by a terrorist who may not even be Muslim. Muslims occupy respectable positions in every sector of the American society. They have even served in the American army as “soldiers that were dispatched to the Middle East to fight against terrorists” for crying out loud. Over 5,800 of the American military self-identify themselves as Muslims.

When you google things that you need to know about Islam, you get ignorant facts more than you get the truth. Yet, you will find people around you who are willing to let you know what truth the message of Islam holds and how it is being misrepresented by people like Abu Bakr Al-Baghdadi. All you need is a open heart and mind to understand.