These are some of the most expensive helicopters in the world. These are 12 of the world’s most luxurious helicopters that cost a fortune. So let’s have a look!

Eurocopter EC135 is one of the most beautiful helicopters built by legendary plane manufacturing company Airbus. This twin engine civil light utility helicopter can reach a maximum speed of 259KM/H. It can travel a range as far as 620KM. The interior of this helicopter is done by the world famous luxury fashion good manufacturer Hermes. The EC135 is widely used for emergency medical services and for military operations and training. The estimated value for the helicopter is 4.2 million US Dollars. 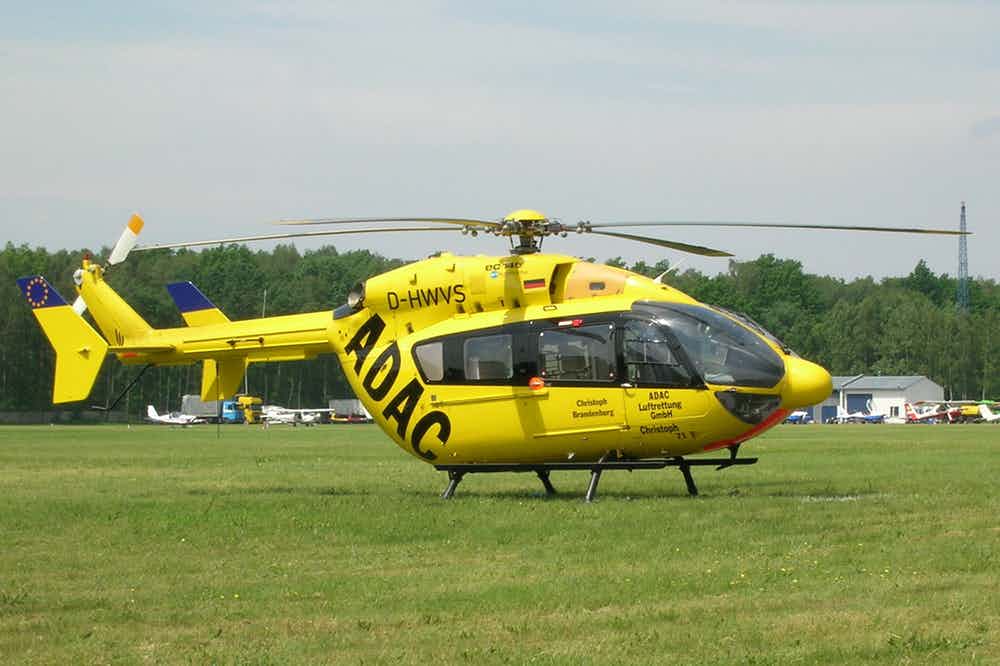 The Eurocopter EC145 is a multi-role helicopter. It is considered as one of the best middle sized, twin engine helicopters. The EC145 is enhanced with rotor blades to produce less sound and vibration. It could reach a top speed of 268KM/H and has a range of 680KM. This helicopter can carry up to 9 passengers along with 2 crew members. Also, it is widely used for passenger transport, emergency services, search and rescue and for utility services. The estimated value for this helicopter reaches up to 5.5 Million US Dollars. 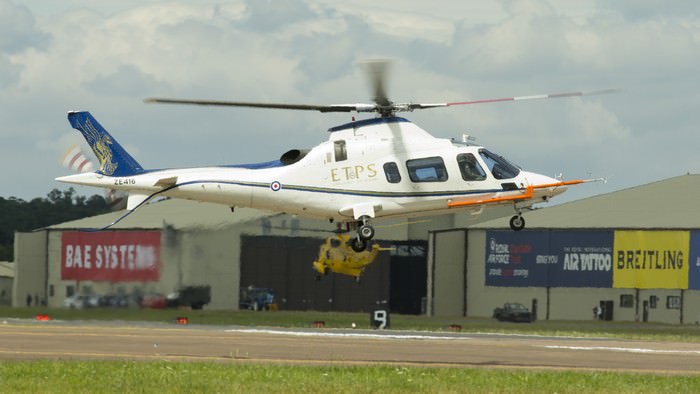 The AgustaWestland AW109 is a twin engine, light weighted helicopter manufactured by a collaboration of an Italian and a British company. The production of this helicopter started in 1971 and was introduced to the market in 1976. The AW109 can reach a top speed of 285KM/H and could travel as far as 932KM. This helicopter is widely used for military services from all over the world. Its primary users are Italian army, South Africa Air Force, Swiss Air Rescue, Royal New Zealand Air Force and many more. The AW109 is sold at a price of 6.3 Million US Dollars. 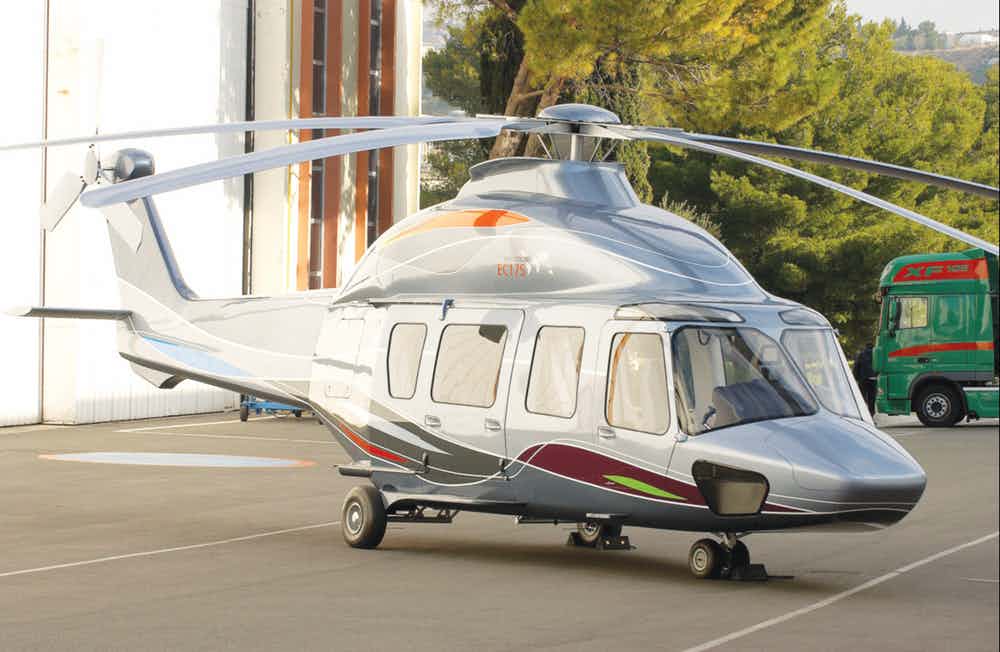 The Eurocopter EC175 also known as the Airbus H175 is a medium class utility helicopter created by Airbus Helicopters. This helicopter was manufactured in 2008 and was certified three years after and was designed for civilian use and for transportation purposes. The EC175 is equipped with a digital engine control system and has a rotor with five blades. The estimated cost of this giant is 7.9 Million US dollars.

The Eurocopter EC155 is a long range, twin engine helicopter which could carry thirteen passengers excluding the pilot. The EC155 was introduced to the market in 1999, and the name of the helicopter was renamed as H155 in line with Eurocopter’s rebranding as Airbus Helicopters. This helicopter was marketed as a passenger transport, VIP corporate transport, and offshore transport but is widely used by military services worldwide. The estimated cost of this helicopter is 10 Million US Dollars.

The AgustaWestland AW139 is a medium sized, twin engine helicopter manufactured by AgustaWestland. The AW139 was introduced to the market in 2003 and was marketed for several roles like VIP transport, offshore transport, law enforcement, search and rescue, firefighting and many more. This helicopter was originally developed by Bell and Agusta Helicopters and was initially called the Agusta-Bell helicopter. The primary users for this helicopter include Irish Air Corps, UAE Air Force, Qatar Air Force, CHC Helicopters etc. The estimated cost is valued at a price of 14.5 Million US Dollars. 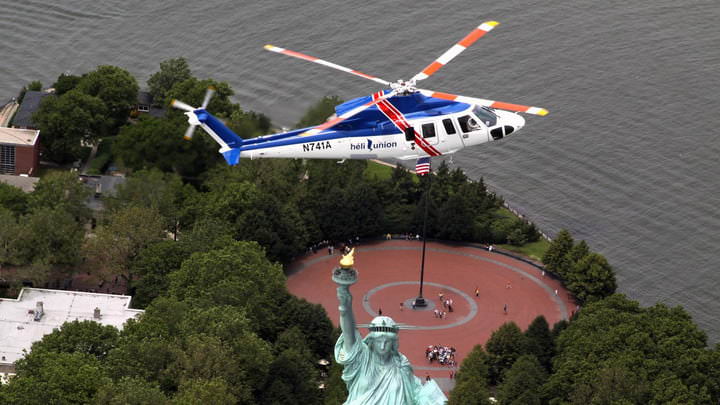 The Sikorsky S-76C is a medium size commercial utility helicopter manufactured by Sikorsky Aircraft Corporation. The production of the S-76C began in 1977 with features like Twin Turboshaft engines, four bladed main rotor and retractable landing gears. The S-76C is used by many famous people including the Royal family of England and the 45th president of United States, Donald Trump. This helicopter is sold at a price of 12.95 Million US Dollars. See also; The Fastest Aircrafts in the World. 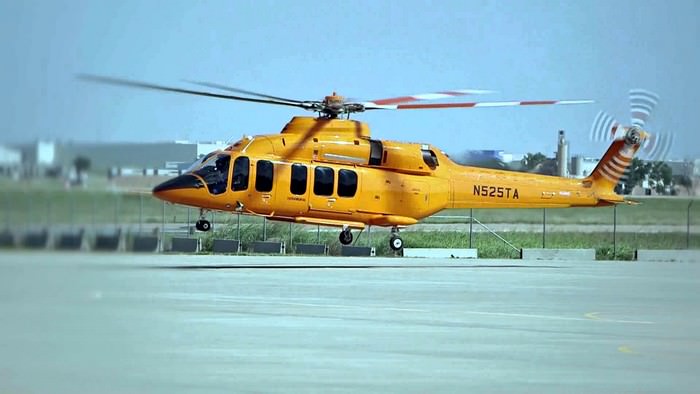 Bell 525 is a proud invention of the American helicopter manufacturing company Bell Helicopters. This medium sized helicopter is built using a special composition of metal and can reach a top cruise speed of 296KM/H and a maximum range of 1037KM. The 525 is powered by a pair of GE CT7-2F1 Turboshaft engines and the main rotor has five blades. This helicopter can carry 16 passengers at a time excluding the two crew member and the cost of this beauty is a whopping 15 Million US Dollars.

This four-bladed, twin-engine, medium-size utility helicopter is 4th most expensive helicopters in the world. Developed and marketed by Aérospatiale and Eurocopter (now Airbus Helicopters). It is an enlarged and re-engined version of the original Aérospatiale SA 330 Puma. See also; most advanced helicopters.

The Sikorsky S-92 is a twin engine, medium lift helicopter built by Sikorsky for civil and military purposes. The S-92 has a complete aluminum frame and has a rotor with four blades to reduce noise and vibration. The military version of this helicopter is named as H-92 Superhawk and there is also another variant named VH-92 used by the United States Marines Corp as the Marine One which carries the president. Other primary users include CHC helicopters, Bristow Helicopters, Cougar Helicopters and so on. The price of the S-92 is valued at a gigantic 17.7 Million US Dollars. See also; world’s best attack helicopters.

AgustaWestland AW101 is a medium lift helicopter introduced to the market in 1999 by AgustaWestland. The AW101 is widely used by military forces worldwide. These forces include Royal Navy and Air force, Italian Navy, forces in Denmark, Portugal, Norway and some European countries. This beast can cruise at a speed of 277KM/H and can fly a range of 1363 KM. The price of this beast is 21 Million US Dollars which makes this the second most expensive helicopter in the world.

The twin-engined, long-range passenger transport helicopter is the most expensive helicopter in the world. It is developed by Eurocopter as the next generation of the civilian Super Puma family. It can carry up to 24 passengers along with two crew and a cabin attendant. The helicopter was originally designated as the Eurocopter EC725; In 2015, it was renamed to the H225, in line with Eurocopter’s corporate rebranding as Airbus Helicopters.