Christmas in Europe is a time when practically every city turns into a fairy tale version of itself. Town squares become the settings of ancient local traditions and festivities, and the air is suddenly filled with the aroma of sausages, baked goods, mulled wine and holiday spices. Each country has its own unique set of traditions and each market reflects the culture of its region perfectly. Below is a list of 10 of Europe’s best and most beautiful Christmas markets. 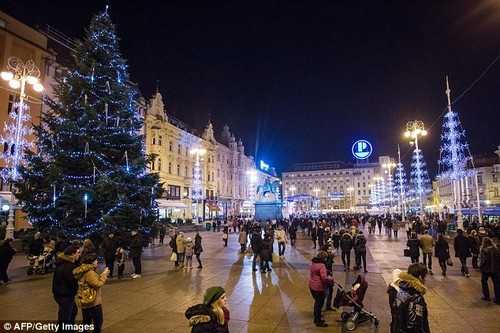 Although the Christmas market in Zagreb is only in its seventh year, it has already reached an outstanding level of popularity among winter tourists. In 2015 it even won the title of “Best Christmas Market” from a poll of more than 100,000 travelers on the European Best Destinations website. While it may not be as big or as glamorous as some of the other European markets with long traditions, the event Advent in Zagreb offers a truly unique Christmas atmosphere. The narrow city streets and town squares seem very relaxed and low-key; perfect for spending some quality family time, while enjoying the many local delicacies, mulled wine, singing and dancing.

The birthplace of Mozart offers a traditional Austrian Christmas experience. Although not very big, the wonderful Cathedral Square, where all the holiday action is, has a variety of traditional stalls, selling everything from homemade crafts and souvenirs, to traditional Austrian holiday dishes, cookies, wine and punch. 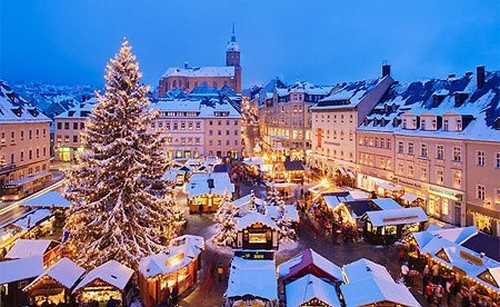 The capital of Bavaria has a lot more to offer than just Octoberfest. Munich comes back to life in December, when over ten large Christmas markets spring up around the city. The biggest and the most commercial Christmas market is the one on Marienplatz, with hundreds of stands and a great big Christmas tree. Each of the individual markets has its own typical character, so visitors can never get bored while exploring the various stands, showcasing everything from beautifully crafted gifts and souvenirs, to delicious foods and drinks. And while there, don’t forget to try out one of the many sausages and beers typical for this region. 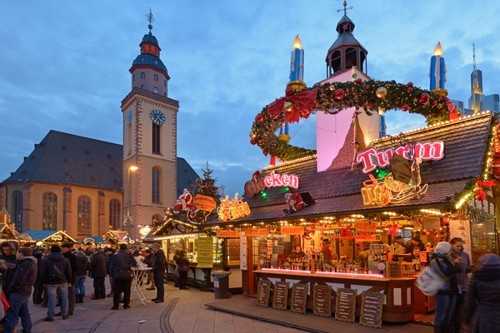 The Christmas market in Frankfurt is not only one of the largest Christkindchesmarkets in all of Germany, but also one of its oldest ones, dating back to 1393. Yet, what makes it truly unique is the atmosphere of the city itself. While many European cities have a rich history and an abundance of beautifully preserved historic buildings, the town squares in Frankfurt are so charming in and of itself that some of the holiday spirit is bound to rub off on every single visitor. 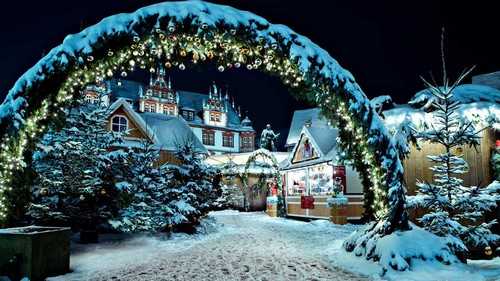 Copenhagen is one of those European cities where the spirit of Christmas seems in abundance regardless of whether you are there to celebrate the holidays or not. There are seven main Christmas markets you definitely want to visit if you truly want to soak up the magical atmosphere of the city, with the market in Tivoli Gardens as the main attraction.

Christmas market in Tivoli Gardens in open from November 19 to December 31, 2016. 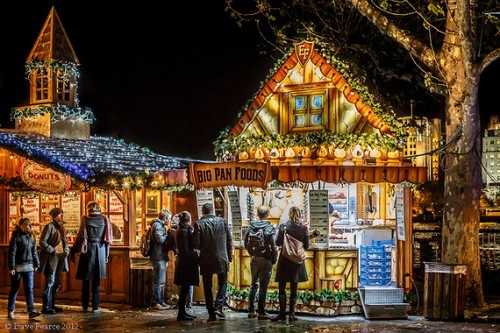 Christmas in London is truly a one-of-a-kind experience and every fan of the winter holidays should visit the city in December at least once in their life. And for those who don’t like the most wonderful time of the year, London is bound to change their minds in no time. With such a variety of markets, the season may even seem too short to take it all in. So for those exploring the winter wonderland in London for the first time, the truly must-see markets are definitely Winter Wonderland’s market in Hyde Park, Southbank Centre’s Winter Market and London Bridge City’s riverside market. 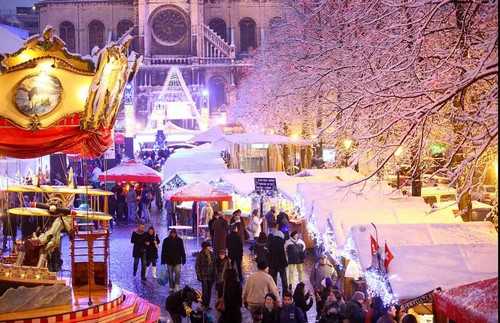 The Christmas market in Brussels is known to be a bit different from its counterparts around Europe. One of its main attractions are the 240 wooden Christmas chalets, which look like fairy tale gingerbread houses and sell a variety of Christmas items, decorations, gifts and seasonal food. There are several markets in Brussels, but most are located around Place Sainte Catherine, within a short walking distance from each other.

Strasbourg is known to be the Capital of Christmas, since its market is the oldest Christkindelsmärik in France (first held back in 1570) and one of the largest ones in Europe. Today, it spreads out over 12 locations in the city center and has more than 300 stalls, filled with French delicacies, crafts and ornaments. 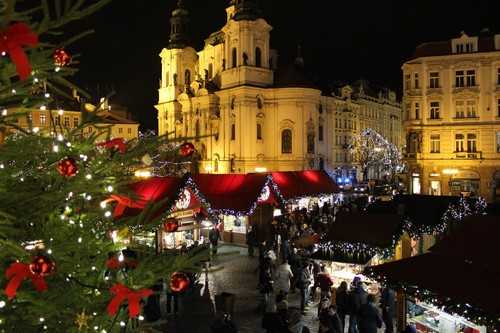 Christmas in the Czech Republic is definitely an experience like no other and the Christmas markets in Prague are the heart of the adventure. There are several smaller markets around the city and two larger ones in the city center, a 5-minute walk from each other – at the Old Town Square and at the Wenceslas Square. 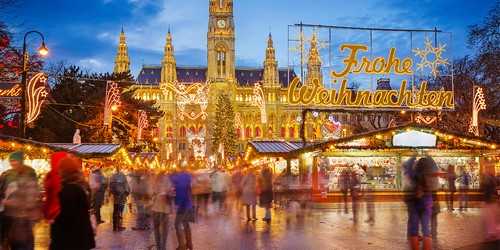 The Vienna Christmas market is one of the most well-known markets in the world, since every year, the already magical streets of Vienna are transformed into a true winter wonderland. One of the most famous markets there is the traditional “Vienna Magic of Advent”, located in front of the City Hall Square. If there is only one Christmas market you can visit in Europe, this should definitely be the one.