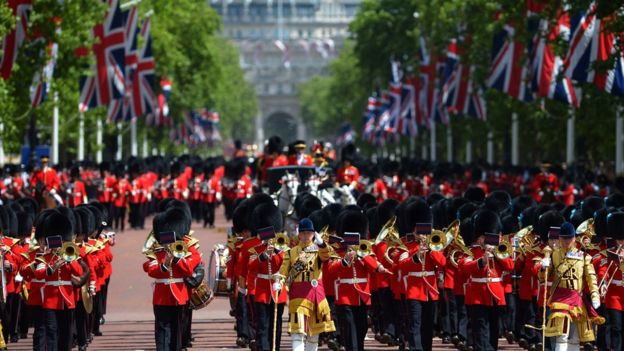 The projection of power, of a nation state, into the international arena is based on many elements like geographical location, size, military presence and economy. Many countries are great in size but have been unable to translate that into political influence, for example; Australia and Canada. There are countries like India and Pakistan that have one of the largest militaries in the world. But, Pakistan being an atomic power comes nearly nowhere in the power index of the world. Below are ten most powerful countries in the world. The ranking based on economical growth (GDP), political influence, military strength and size. 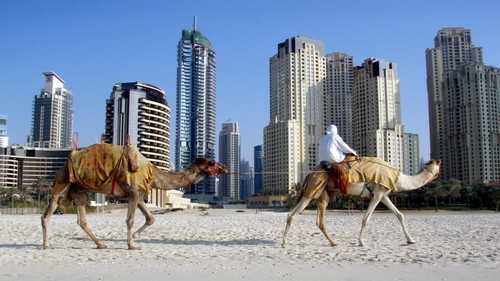 With a GDP of $0.4023 trillion, UAE ranks 10th on our list of most powerful countries in the world. Although this list is not merely based on GDP levels but incorporates other important elements of a nation state’s power as well. The country is a federation of seven emirates that merged in 1972. Today the World Economic Forum has named it the Arab world’s most competitive economy.

Prior to the discovery of oil, its economy was based on fishing and a declining pearl market. It transformed after 1960 when the country started exporting oil- showing how important oil exports are- since oil caters to most of the world’s energy demands. Its geographical position has given the country great leverage in the trading circles of the world. As the status has begun to be challenged by the China Pakistan Economic Corridor, UAE has started to assert itself politically on the countries of South East Asia. 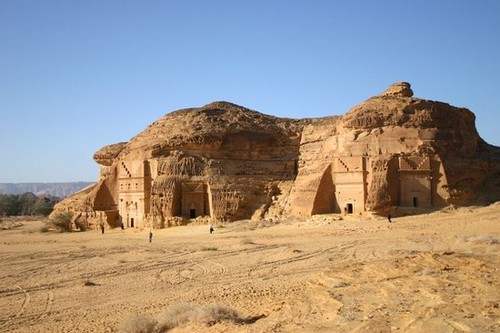 Saudi Arabia possesses the highest crude oil reserves in the world, seconded by the huge gold reserves in the country. It is also the central figure in the Muslim world because of the Holy Ka’abah being located in Mecca, and therefore carries a voice amongst the Muslim nations of the world. The word of the Imam (Head of prayers) of the Ka’abah carries a holy touch for Muslims all over the world. Although the global market for crude oil has declined, the GDP of Saudi Arabia is nearly $0.7484 trillion. The country is a powerful player in the Middle East, because of the war in Syria merely becoming its own proxy war with Iran. Furthermore, Saudi Arabia is the world’s second largest importer of arms. Saudi Arabia also leads a coalition against the Houthi rebels of Yemen. 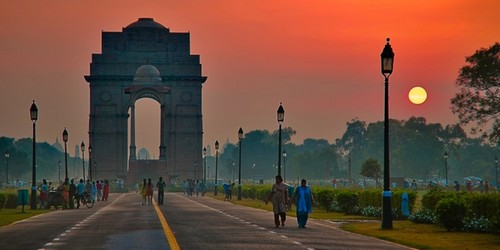 India is an emerging regional power in South Asia. And, with the region becoming the economic hub of the world, it is bound to attain a notable status in the politics of the world. With the US backing its membership of the Nuclear Suppliers Group, the significance of the country in the regional peace gains weightage. Moreover, India is an attractive bourgeois market for multinational companies and is more of a peripheral nation that imports from some countries but also exports to many. Its GDP is $1.877 trillion. 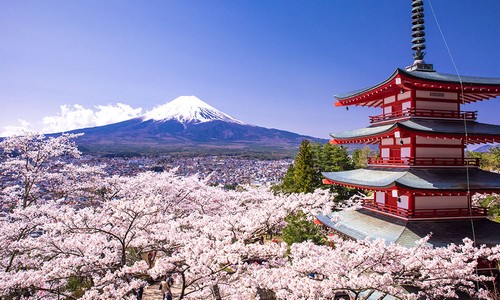 Japan is an East Asian country consisting of four islands that are mostly covered with wood and mountains. Despite this, the population lives a distinctly urban lifestyle. Japan has the third-largest global economy and used to have grand territorial ambitions in the 1900s which ended up with its defeat in both the world wars. Today, Japan is the most technologically advanced and scientifically renowned country in the world. It has one of the world’s most literate population. It is also known worldwide for its traditional arts; sculpture, poetry, architecture and the famous martial arts. 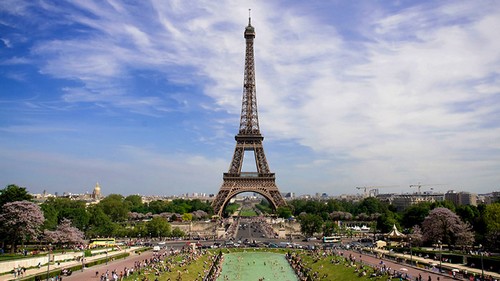 France is one of the world’s oldest countries and its cultural influence surpasses all other kinds of impact that it has on the world today. It is one of the wealthiest nations with high social welfare rankings. Its economy is a mixture of private and state funded enterprises. Amongst the list of most visited countries, France comes towards the top. It has a GDP of $2.8 trillion and occupies a permanent seat on the U.N Security Council along with four other super powers. French cuisine, wine, cinema and arts and architecture occupy a prominent position in the world of connoisseurs. 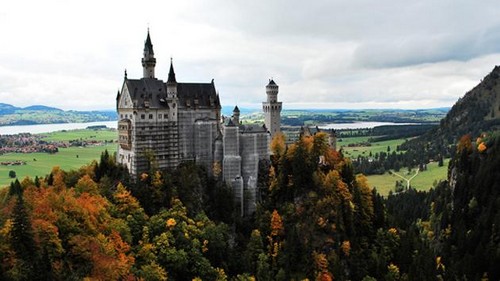 With a GDP of $3.9 trillion, Germany is the most populous nation in the European Union. It possesses one of the largest economies in the world. Although it relies heavily on the exports that it makes to the EU and the rest of the world. In addition to that, Germany possesses a highly skilled workforce and is highly industrialized. It had a central role in both the World Wars fought to date and has produced some culturally prominent figures like Beethoven and Immanuel Kant.

Germany’s open-door policies to immigrants have increased the crime rate in the state. To add to this in a positive manner, Germany is one of the countries that have played a key role in handling the humanitarian and refugee crises after the Syrian war erupted almost half a decade ago. It is one of the biggest opposers of Brexit, primarily because of the loss of trade that would come as a result. Thus, Germany is also heavily criticised for this approach.

The United Kingdom or U.K carries significant cultural, political, economical and scientific influence in the world. The global influence of the nation has its roots in the British Empire and its colonies. Centuries later, imperialism ended in the broader sense but the vestiges of British psyche, culture and ideology remained and exist to date. London, the capital, is one of the most visited cities in the world and also a major financial hub. The U.K has attracted immigrants for centuries and has occupied central roles in the EU. Brexit will most likely lead to the dissolving of the EU which shows how important a role was played by UK in the regional bloc. The GDP of UK is $3 trillion and it is also a permanent member of the U.N Security Council. 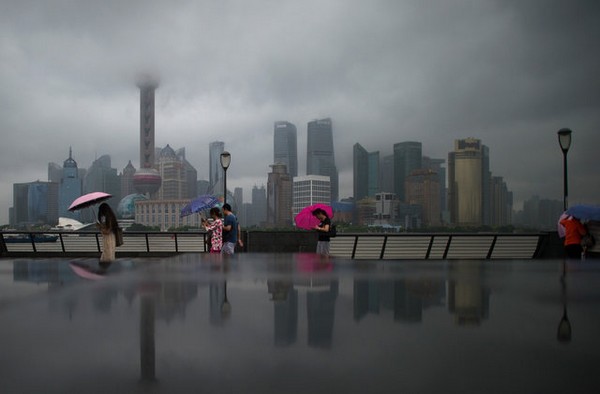 China has made it explicitly clear that it does not wish to assume the role of world leader. However, its One-Belt-One-Road initiative might be taking the country well in the direction where the Chinese President will have to step up eventually as nations rally around the country that wants “the world to benefit with its natural resources” instead of notoriously occupying foreign land that is rich in resources. The GDP of China is $10.4 trillion at present. And is not expected to grow significantly . Unless China succeeds in its vision of reviving the old silk route to explore new markets. Being located in the heart of South Asia, China has been able to translate its geographical location into power politics- an initiative that has also brought the neighbouring country of Pakistan into limelight. 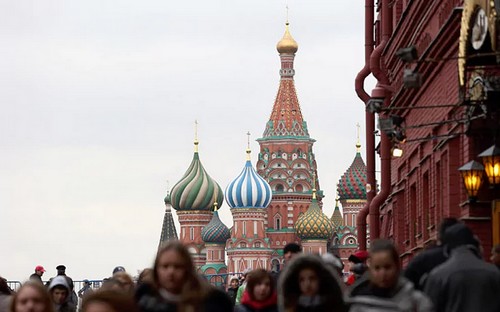 It is difficult to imagine how vast Russia is since it shares borders with a dozen countries and occupies much of the northern side of Asia. Russia became an independent republic in 1991 after the collapse of the Soviet Union. Russia is a permanent member on the U.N Security Council. It possesses huge reserves of natural resources that it uses to support its economy. Although Russia’s economy is nowhere near the developed nations of the world anymore. Its GDP $1.9 trillion, it still carries significant political influence. The annexation of Crimea by Russia has been considered a harbinger of another great war in the world. As President Putin carries on the Russian legacy of swimming in murky waters. Russia continues to play its role in the current state of the world especially, as it emerges as a powerful player in the Middle East crises. 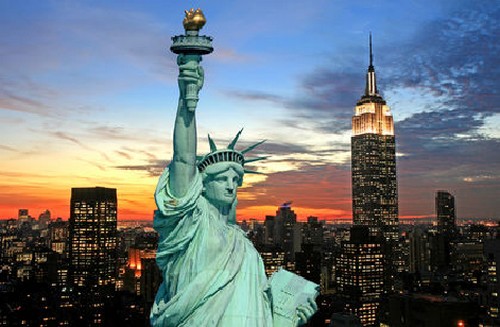 The US is considered to be the most powerful nation in the world. That is why it naturally presumed the role of the “policeman of the world”. It is a North American nation with its capital in Washington D.C. The US is a federal republic that is constitution based and had nearly split in the civil war of 1800s after which it regained its footing in the 20th Century. A lot of people in the world view the country in negative perceptions especially after its role in the war against terror after the 9/11 attacks. History has been divided into a post 9/11 section after the U.S. Led coalition against terrorism began to change our world. The country is culturally diverse with its filming industry, Hollywood, also casting its powerful influence on the world. It has the largest military and a GDP of $17.4 trillion.