Unbelievable Families; Here below is a list of ten weirdest families you won’t believe actually exist.

Family is the most amazing thing in the world. Our family members around care about us more than anyone else in the world. We all think that our families are the most weird in the world. But every now and then we realize that we are as normal as everyone else. However, these 10 families will make your family look like the most conventional in the entire world. Some are too large to be called a family, while some do things we wouldn’t even dream of doing. Here is the list of 10 Most unbelievable families in the world. 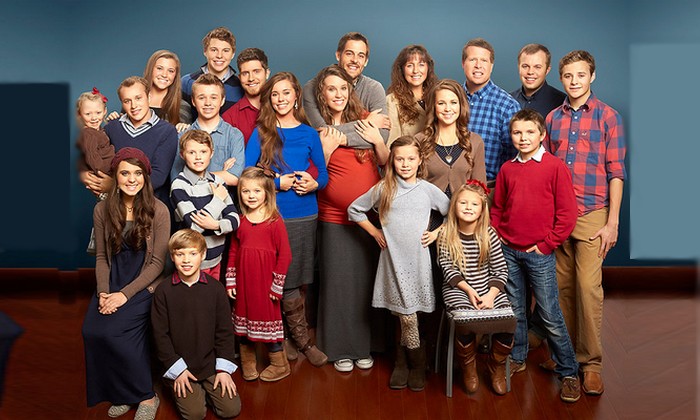 Jim Bob and Michelle Duggar are parents of 9 girls and 10 boys, making them parents of 19 kids in total. They did a reality TV show named 19 kids and counting.

The reason for them having so many kids is simple, they refuse to take any sort of contraceptive due to their religious faith. They are devout Baptists and frequently discuss values of purity, modesty, and faith in God. 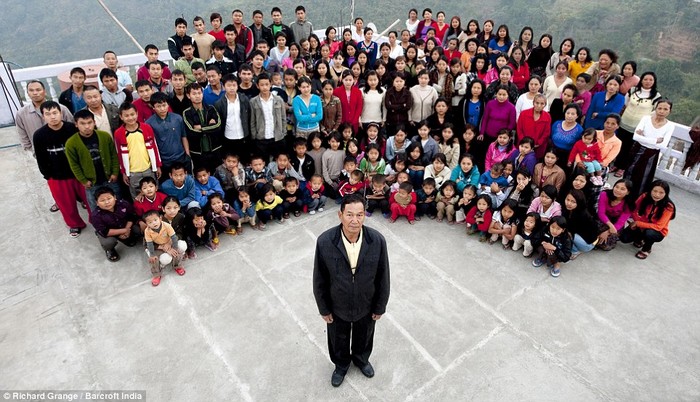 If Duggar family was a grand family for you, how about a man named Ziona Chana who married 39 women, fathered 94 children, have 14 daughters-in- laws and 34 grandchildren, bringing family to 180 members in total. He holds the Guinness world record for being the head of the largest existing family in the world. 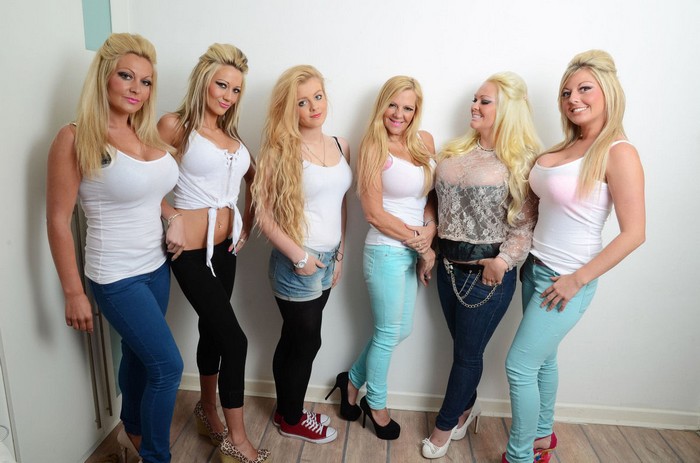 Meet the mother and daughters all of whom have gone through knife to gain fake breasts. All of these ladies have very large boobs except for one girl named Britney Marshall. She’s the only one in her family who yet to have a surgery to look like the rest of her sisters. No doubt, one of the most unbelievable families in the world.

7. The Manson Family (Family Of Psychopaths) 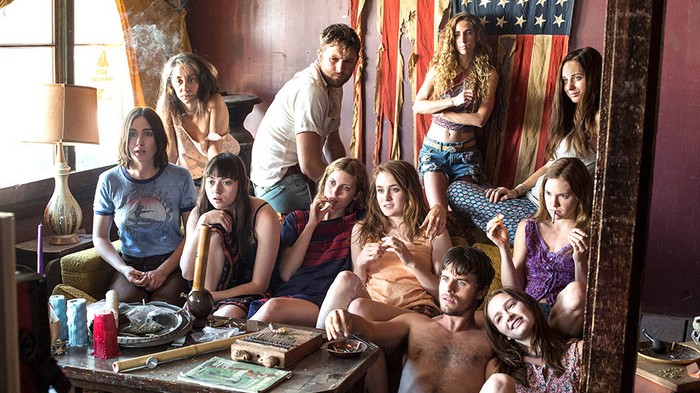 Charles Manson is probably the most notorious and popular serial killer in history. A musician turned criminal is infamous for his series of murders from 1969 to 1971. Charles, who strongly implied himself to be Christ and expected to bring an apocalyptic race war by killing people, is clearly an insane person. The Manson which isn’t really a family is a group of criminals who have committed many crimes. 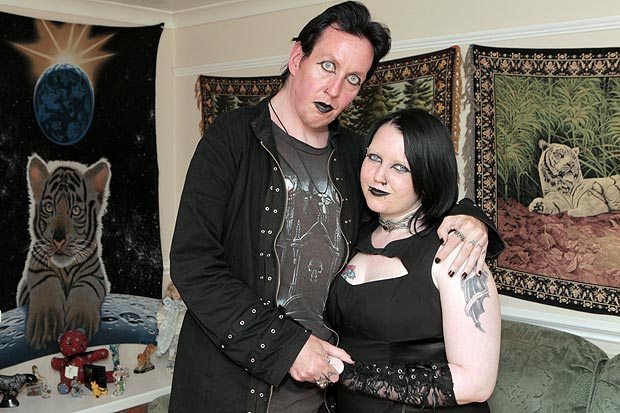 Meet Lia Benninghoff and Aro Draven, two love birds who drink blood of each other once in a week, disgusting isn’t it? They believe that blood will hold them together forever. They released a graphic video on internet in which both of them are cutting themselves while the other drinks blood. This certainly makes them one of the weirdest families in the world.

Also See; 10 Most Unique Couples In The World.

Theresa Knorr a mother of 6 kids was abusive towards her children physically, verbally and psychologically. She married 4 men and got divorced them within short period of time, probably due to her unstable mind. After fourth divorce she became even more abusive, and started drinking tremendous amount of alcohol. In that time, gained a lot of weight and became short tempered.

Reports suggest, she disconnected all of her children from the rest of the world. She wouldn’t allow them to go out and contact anyone even on the phone. For many years, Knorr tortured her children in various ways including forced feeding, beating with objects, burning them with cigarettes, throwing knives at them and threatening them with a gun. Her abuse was more focused on the two eldest sisters, and she used other kids to help her to torture little girls. She believed that her eldest daughter Suesan was a witch. After one severe beating Suesan ran away from home for help. But police sent her back to her mother after Knorr convinced them that Suesan was mentally unstable. Suesan was tortured again by Knorr and ultimately was shot in the chest by a 22- caliber pistol. Theresa Knorr has been sentenced to life in prison.

A Russian family consisting husband and wife and two daughters, all of whom murdered at least 30 people including women and children. She did countless number of robberies and tortured many victims before killing them. However, their daughter Victoria wasn’t so lucky as she was stabbed to death by one of their victims. Eventually the entire family met with their fate. Unfortunately though, 30 men, women and children were already dead until then. 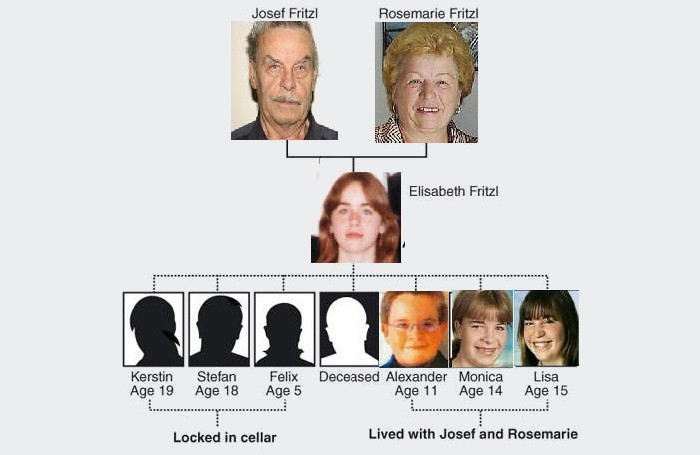 Fritzl case received worldwide attention in 2008, when Elisabeth Fritzl told local police of Austria that she was held captive by her father Josef Fritzl for 24 years. He not only locked her in basement but also tortured and raped her for 24 years.

But wait it gets even worse. The sexual abuse by her father resulted in the birth of 7 children. Four of whom joined their mother, one died within few days due to breathing problem. Remaining 3 children were brought up by Josef Fritzl and his wife. When the eldest daughter named Kerstin, became seriously ill, Josef allowed Elizabeth to take her to a hospital, triggering a series of events that eventually led to their discovery. 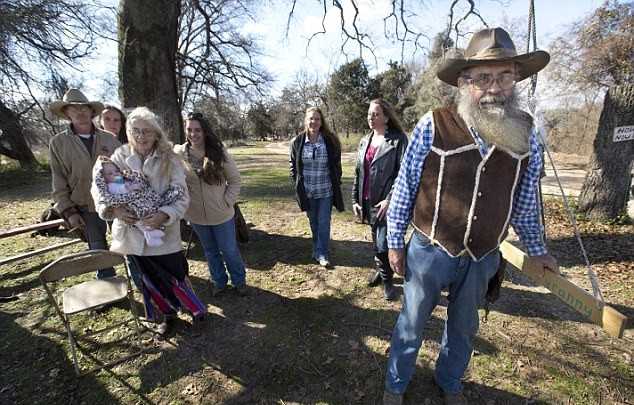 The Gray Clan consist more than a dozen men and women living in a small town, all of whom are gun-holding and government-hating outlaws. Led by the grandfather John Joe Gray, the Clan is on war with the local sheriffs and federal agencies for more than 15 years. They say that “we fear no man and believe in eye for eye”.

They grow their own food and don’t let any officer enter in their property. John Joe Gray has become the longest-running law enforcement standoff in American history, lasting a few days short of 15 years, before the district attorney dropped the charges. 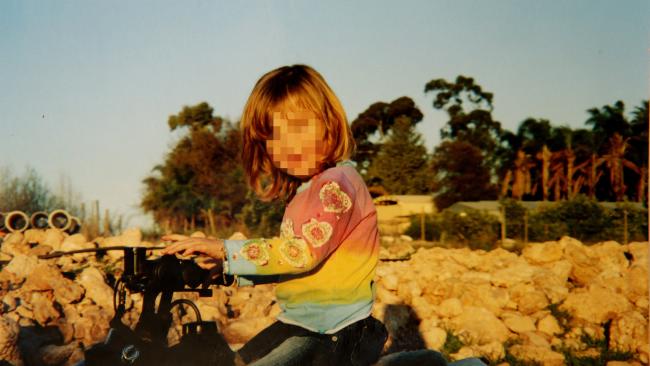 Some people might get uncomfortable reading this case as it involves the sexual relationships within the family, so if you don’t wanna read simply skip.

The Colt Clan is an Australian family discovered in 2013 that consists nearly 40 members ranging from grandparents to mothers, fathers, sons, daughters, aunts, uncles, nephews, brothers and sisters all engaging in various forms of incest. The case was so bizarre that Australian government’s move of making it public shocked everyone.

The incest started with two emigrated brother and sister, and continued for 4 generations. Entire family was living in horrible conditions, the house was made of tin roof with no supply of water or electricity. Various members suffered deformities because engaging Incest is scientifically a terrible idea.

The family was debunked when a child overheard the girl saying that one of her sisters was pregnant and they did not know which of her brothers was the father.