For many reasons some countries they say, can never be invaded. It is probably because of the geography or because their armies and people are so powerful that they are invincible. While we are of an humble opinion regarding any nation’s invincibility; We have compiled a list of countries that that would be Impossible to Invade. 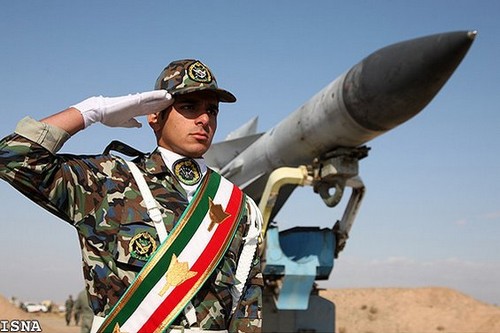 There is a reason why Iran is nicknamed as ‘Fortress Iran’. Iran’s topography is mostly mountainous, much like Afghanistan; And everybody knows that Afghanistan has not been yet taken by the NATO despite years long of invasion. Iran has a manpower of over half a million soldiers; 1658 tanks and 137 aircraft which can make a pitched conquest against it hard enough. Moreover, Iran has a network of underground missile bases which the government claims to have every 500 meters within every city and province. Therefore, the invading forces will have to take out every secluded base one by one making it an endless and bloody process.

Many countries also suspect that Iran has recently began testing missiles capable of carrying a nuclear warhead. As long as anyone does not like being poisoned with giant nuclear bombs, go ahead and try! Despite having powerful enemies such as USA, Turkey and Saudi Arabia; Iran has not been invaded since world war II. 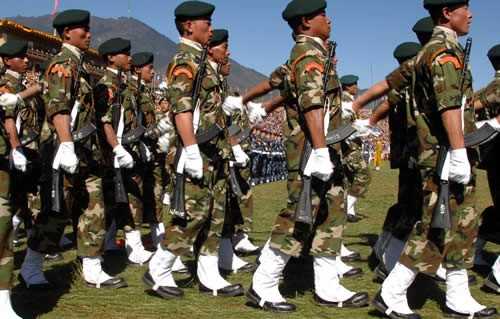 Bhutan is a secluded country tucked away in the Himalayas with an army of 6,000 men, no artillery and no airforce! The reason why Bhutan made it to this list is because of its history of never being invaded. Though it was attacked by the British in 1700s but was never completely conquered. Nowadays the invasion is impossible because of the terrain; 300 meters above sea level enough to cause altitude sickness and the tanks stand no chance either. In addition to that, a nice friend India has decided to take this little state under its protection. India also supplies weapons, supplies and military training to the minor army of Bhutan so no worries there. These factors and a whole lack of incentive to invade Bhutan results in the country’s being safe and sound. 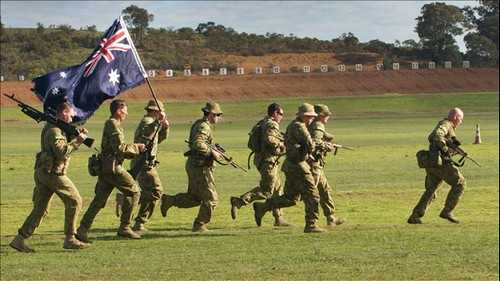 Australia is a floating desert in the middle of nowhere and the nearest military that could take them on is like 11,000 kilometers away. Yes, its Japan. During the World War II; Japan actually did scheme to invade Australia but abandoned their plan. Because they knew that even if they reach Australia, 95% of their problems still exist. To invade Australia, they would have to conquer the Outback; Which makes up 70% of the Australian landmass not to mention the desert spreading along thousands of kilometers enough to provide the Australian army vantage points to conduct guerilla raids. Pretty Bad idea to make an unwanted entry. 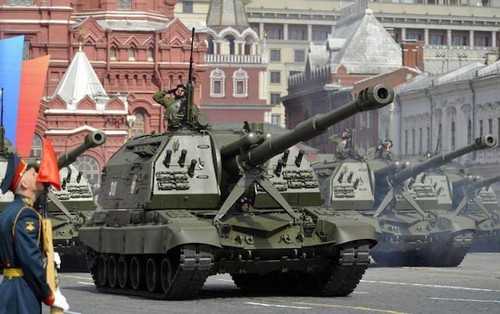 If Napoleon or Hitler were alive, it would be fun asking them how an invasion of Russia typically works out! Their historical armies were so powerful so they rolled into Russia, but after some time they just rolled back out. Russia is the largest country in the world. And the key to its safety lies in its geography and of course, its bitter climate. Most of Russia’s land is covered with either mountains or snow thicker than a polar bear.

During world war II, the Russian army deliberately backed out leaving the Nazis stranded and freezing to death. The strategy worked very well and the botched Nazi invasion resulted in Hitler’s downfall. Modern day Russia has the fifth biggest active military personnel at their disposal with a whooping 845,000 men. At times of need, Russia can also call upon their 3,500 military aircraft and its fleet of 350 warships. They also have some 7000 nuclear missiles; So even if someone survives their regular winter, it is unlikely to survive the nuclear winter. 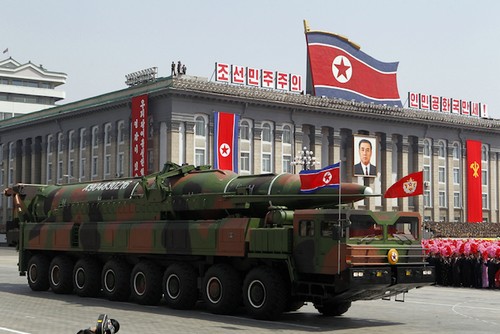 One thing Kim Jong Un can brag about is his substantial army! North Korea has over a million of active soldiers; 4200 tanks and 222 attack helicopters; Which gives them a military larger than any other NATO country except USA. They are also believed to have nuclear weapons with a range to reach South Korea, Japan and probably the west coast of US. Since the recent tension rising due to North Korea pushing its Nuclear tests, and America moving its troops, China and Russia suspect that an invasion could occur. If it happens, it would take joint forces between America, South Korea and Japan to make a feasible invasion of North Korea. With such huge military as North Korea’s, hundreds and thousands of people dying won’t matter to them in short term anyway. 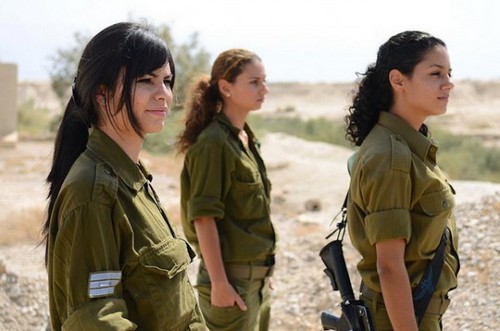 Israel is like a country who is not liked by many surrounding states so it decided to be tough instead of being a crybaby! Israel has been in 8 wars in its 69 year history and has not lost One. Though it has a small army of 176,0000 troops. It is mandatory for their populace to train and serve in the army, women for 24 months and men for 36 months. This means that another one and a half million of its population is trained for warfare and the state could call them at the hours of need.

Israel has also developed one of the best missile defense in the world called; The Iron Dome. It’s a crazy defense system where they shoot the enemy’s missiles out of the sky, with their own missiles. It sounds insane but this defense mechanism has successfully brought down 90% of the enemy missiles before they reached their targets. 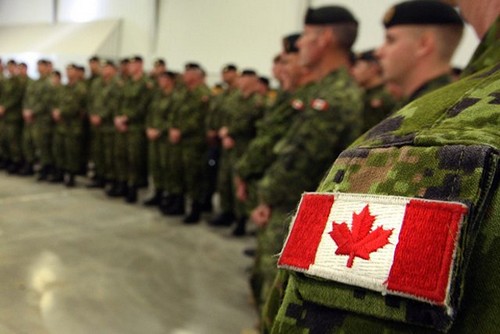 Canadian are not nice and polite when it comes to war. They also know how to play rough, just try and watch them play ice hockey for instance! Canada has a highly trained professional army of 95,000 soldiers and taking them would be a accomplishment. Just like Russia, Canada does not even need to launch its army. They just have to wait for the harsh and icy climate to do their job. On top of this, most of the Canadian population lives near the land border of the strongest military in the world and their ally; USA.

To get to Canada, one has to choose between getting knocked up by the US army in the South or landing on half frozen waters trudging the way to get to the cities through 6 meters of snow and -50° C. 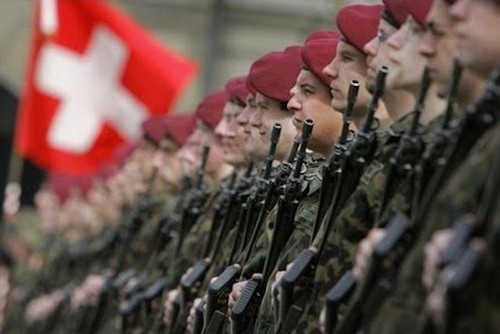 Most people wonder that if Switzerland even has an army, that is probably because they are hardly ever in action. The country has been going reliably neutral since 1815. Even if an invasion interrupts them from their busy routine of making clocks, the Swiss army has the capacity to compete with their 150,000 military personnel and 156 aircraft. This sounds like a small number but it shall outmaneuver the enemy up the mountains and down the slopes!

Swiss soldiers cannot be caught off guard as well because they are required to keep their weapons at their respective homes at all times. Having an army they have barely used also means that they are surrounded by countries which are allies such as; France, Italy, Austria and Germany. Any country looking to invade Switzerland has to fight through these countries first. 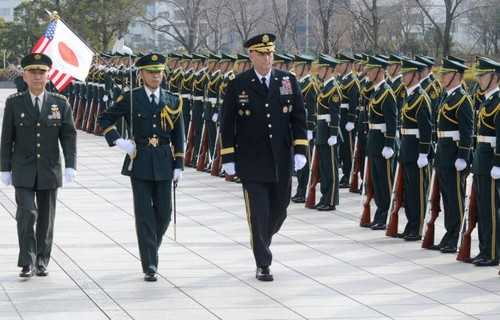 There is something hardcore about Japan which makes it world’s oldest civilization and a country which has never been invaded before. Even the Mongols who had a reputation to conquer lands could not overrun Japan! It took America to drop a couple of nukes to defeat Japan but it was not ever invaded. Since 2016, Japan has spend around 60 billion dollars to ramp up its military and they have up to quarter million of soldiers and over 600 tanks at their disposal.

Japan’s air force is the fifth largest and most technologically advanced with 1,590 aircraft in addition to the Godzilla. Japan’s only weak points are its aging population and an astonishingly weak cyber defense but still an invasion of Japan would require an army beyond any country has except the number one on this list perhaps! 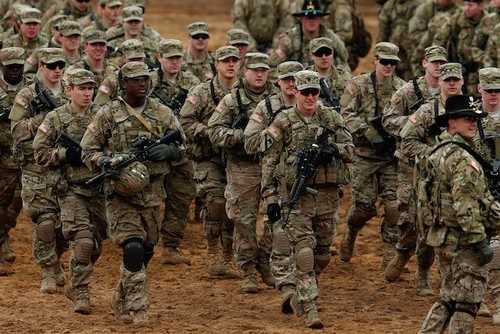 The US invests whooping 596 billion dollars into its military every year which is more than the next seven nations combined. The $54 billion defense expenditure proposed by president Trump is equivalent to Russia’s 80% of the entire budget. What tops it all is that America has enough nukes to kill everyone on earth several times over and over again.

See also; 10 Most Powerful Militaries in The World.

US would be impossible to invade even without this crazy military dominance as it nearly spreads on 10 million square kilometers. And to invade it, a versatile army who could fight in the deserts of Utah, the beaches of Hawaii and the icy hellscape of Alaska would be required so an invasion looks far fetched to the present time. Meanwhile, a heavily armed populace also awaits a chance to charge since the Red Dawn, so good luck to any one who is thinking to invade America!

Top 10 Most Advanced Attack Helicopters in The World

Why do planes crash? Top 10 risk factors an airplane is in danger