Since 1934, DC Comics has been producing great comics with incredible superheroes who are pitted against some of the toughest villains. Here we are going to list down the 10 greatest DC comic villains: 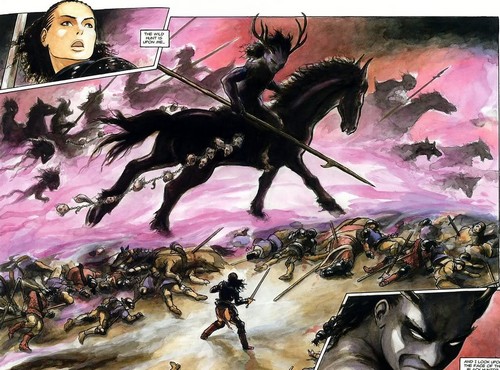 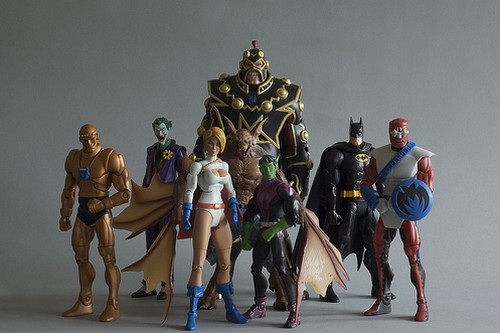 Created by Jeph Loeb and Ian Churchill Imperiex made its first appearance in Superman (vol. 2) #153 in 2000. In the form of energy, the Imperiex lives inside a gigantic humanoid set of armour. He is somewhat of a god-like figure who destroys and recreates universes. Among his several abilities he has superhuman strength, durability, stamina and can create black holes that he uses to suck up universes. In the crossover “Our Worlds at War”, Imperiex appears as the main antagonist. 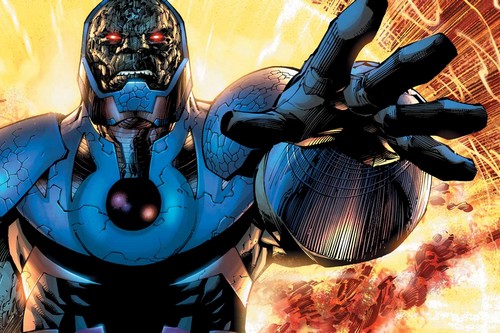 At number 8 position in the 10 greatest DC comic villains lies the Darkseid – a super villain created by writer-artist Jack Kirby. He debuted in the Superman’s Pal Jimmy Olsen #134 in 1970. He rules the planet Apokolips. Modelled after Adolf Hitler, Darkseid’s ultimate goal is to conquer the universe. He was even dressed after Hitler’s fashion and world of Apokolips was more or less based on Nazi Germany. His primary power is a form of energy called the Omega Beams which is capable of eradicating all things at sight. Only three superheroes are considered worthy match to Darkseid, namely, Orion, Doomsday and Superman. The Darkseid has appeared in a number of television series, films, video games, etc. 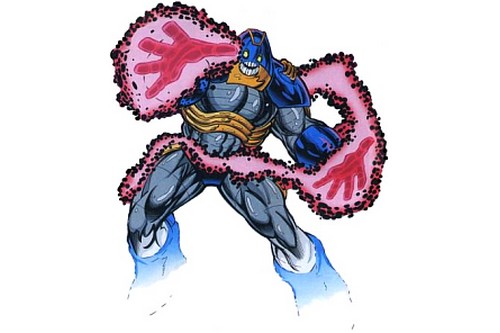 The Anti-Monitor was the primary antagonist in the miniseries Crisis on Infinite Earths in 1985. The Anti-Monitor has almost a human-appearance with big features, wide mouth and luminous eye socket. When he was destroyed by the Supergirl he took an unstable form which gave us a peek into what Anti-Monitor really is. He is a mass of energy held by his armour that he called his “Life Shell”. One of the most formidable foes in the DC Universe, the Anti-Monitor is of a vast size, with unimaginable strength extraordinary durability and has the capability of destroying entire universes. After dying, he again returned in the Green Lantern: Sinestro Corps Special #1 in 2007. 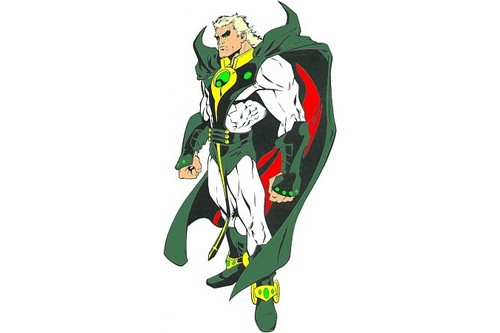 At number 6 position in the 10 greatest DC comic villains lies Neron. Created by Mark Waid and Howard Porter, Neron first appeared in 1995 in Underworld Unleashed #1. His place of origin is hell and therefore he falls into the Demon species. He has a number of nicknames – “Wishweaver”, “Lord of Lies” and the “King of Hate”. His job is to persuade people into giving up their souls in exchange of their greatest desire. His special powers are his superhuman strength, telepathy, teleportation, shapeshifting and mastery of maleficium. He is usually drawn to pure clean souls with an intense desire to control and corrupt them. 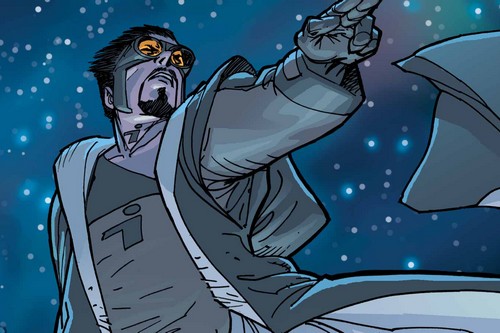 General Zod is one of Superman’s arch enemies. Created by Robert Bernstein and by George Papp, General Zod made his debut in Adventure Comics #283 in 1961. He too was born in Superman’s home planet of Krypton and was a warlord there. He exhibits similar super power to that of the Superman. When he was in Krypton he attempted to take over the planet by building an army of his own clone. He posses cool powers like great strength, speed and power of endurance. He also has incredible vision power. In the latest Superman film Man of Steel (2013), General Zod was played by Michael Shannon. 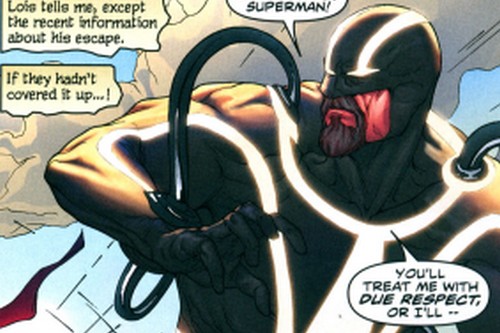 At number 4 position in the 10 greatest DC comic villains lies Paragon. Created by Kurt Busiek and Chuck Patton, he first appeared  in Justice League of America vol. 1 #224  in 1984. In the first face-off with the Justice League of America, Paragon squashed them but later the Red Tornado and Green Lantern managed to take him down. A recurring opponent of Superman, Paragon’s initial goal was to eradicate weak people which just meant three fourth of the whole human population. Among his superpowers, he can duplicate the physical and mental abilities therefore can copy superhuman powers. 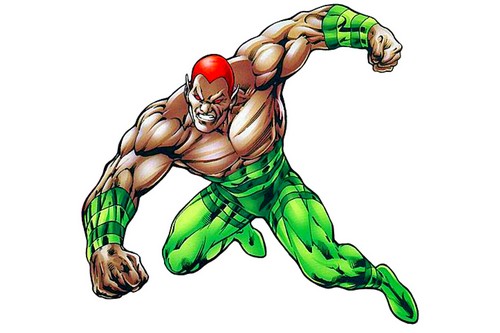 Created by Gardner Fox and Murphy Anderson, Amazo debuted in The Brave and the Bold #30 in 1960. Amazo originally started as a one-off story but soon became a recurring villain of the Justice League of America. He is an android created by a mad scientist, Professor Ivo obsessed with the concept of immortality. Later Amazo reincarnates over and over. His greatest power is the power of duplication of superheroes strength like that of Superman or the speed of Flash. He also ends up duplicating other abilities of the original Justice League of America. Amazo has regularly appeared in several animated television series, video games etc. 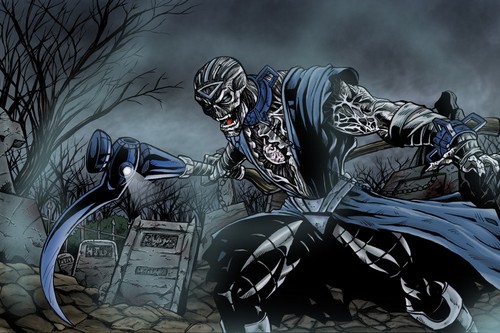 At number 2 position in the 10 greatest DC comic villains lies Nekron. Created by Mike W. Barr, Len Wein and Joe Staton, Nekron appears as a super villain in Green Lantern comics. He first appeared in Tales of the Green Lantern Corps (vol. 1) #2 in 1981. Nekron hails from a place adjacent to Hell, called the Dead Zone. He himself is an embodiment of death and has got unlimited power. He grows without limit, raises the dead, kills with a touch and is devoid of soul. In the “Blackest Night” story published between 2009 and 2010, Nekron was the primary antagonist. 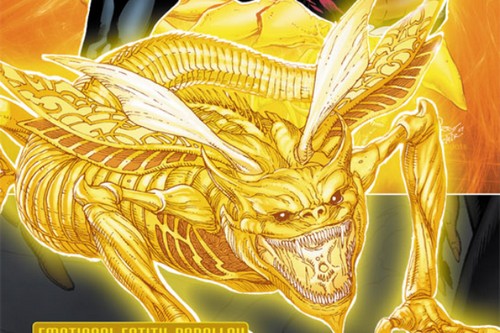 Parallax is a super villain created by writer Ron Marz and artist Darryl Banks. He first appeared in Green Lantern vol. 3, #48 in 1994. Parallax’s primary weapon is with fear and mind-control. He is so powerful that he has in the past managed to take control of Spectre, Wonder Women and Superman. The only way to beat him is to overcome fear.  Parallax has no true physical form and is really an evil energy that feeds off people’s fear.