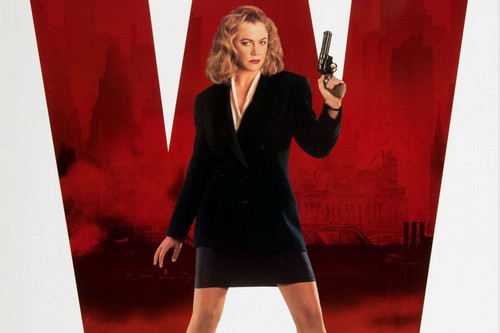 There is something in mysteries that draws people of all ages; it’s the human curiosity, unquenchable thirst of knowledge. Exactly for this reason everybody likes a piece of good detective fiction. Here is a list of 10 of the greatest detectives in literature: 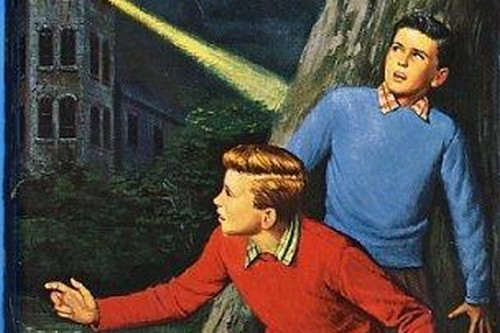 Published between 1927 and 1979 Edward Stratameyer’s ‘Hardy boys’ are about two crimes solving brothers who have been companion to many during teenage days. In this mystery series Frank (18) and Joe (17) Hardy are two very smart kids eager to help the police and their father, who is a private detective. Though the adventure series was originally created of Stratameyer, later several stories were written by ghostwriters and published under the pseudonym of Franklin W. Dixon. Some of the stories even have the brothers teaming up with Nancy Drew to solve crimes. Undoubtedly the mysteries have been adapted for the screen (TV show) and has merchandises flooding the market. 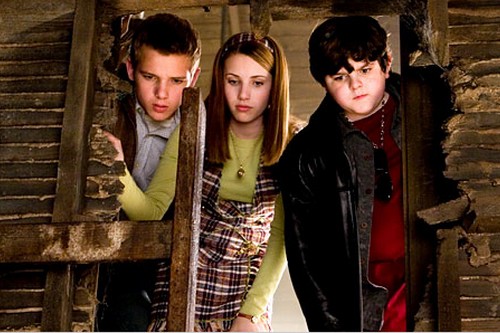 Nancy Drew has served as a proper role model for many teenage girls all over the world, since it first came out in 1930. Nancy’s father Carson Drew is an attorney whom she often assists to solve seemingly unsolvable cases. At the age of 18 (she was 16 years old in earlier books), Drew like the Hardy Boys are one of the world’s youngest sleuth. Nancy Drew is also Edward Stratameyer’s creation and like the ‘Hardy Boys’ the stories later were ghostwritten by different authors and published under the name Carolyn Keene. In the 1980s a series of books came out called Nancy Drew Files that had an older Nancy in it. The list of adaptation consists of 2 television shows, 5 films, some computer games and other merchandise.

Sara Paretsky is the creator of V.I. Warshawski aka Vic, one of the first kick-ass woman private investigator the world has ever seen. This Chicago detective appeared for the first time in the 1982 novel ‘Indemnity Only’. Except for one short story, all Warshawski stories are narrated in first person perspective, keeping the readers on their toes with her hot-temper and sarcasm. Her capable and will-full personality has led fans and literary critics to consider her one of the few feminist detectives. Other than busting bad guys with karate, Vic at times likes to indulge into opera and classical music. The only film adaptation on her was named ‘V.I. Warshawski’ staring Kathleen Turner released in 1991. 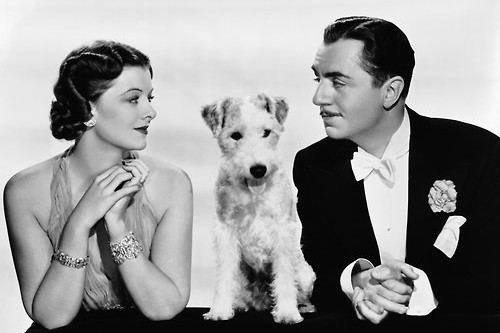 They first appeared in Dashiell Hammett’s ‘The Thin Man’ published in 1933. The novel was immediately adapted into a film of the same name that was highly praised by the audiences and ran packed theatres. People simply loved their playfulness and witty bantering. More over the film in spite of running in a detective genre was full of humour. The audiences by surprised by the fact that a detective film can be comical. Five sequels followed the 1933 films (between 1934-1947), then a radio show (from 1941 to 1950) and a television show (form 1957 to 1959). More recently, the characters were adapted in a Broadway musical (1991) & a stage play (2009). 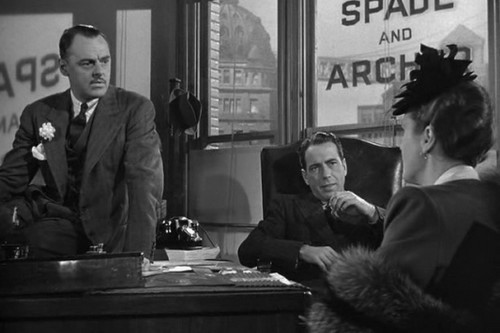 Another Dashiell Hammett creation, and though Sam Spade had appeared in only a few a publication, this fictional character is widely cited as a crystallizing figure in the development of hard-boiled private detective fiction. The novel that first featured him was ‘The Maltese Falcon’ (1930). Later Spade also appeared in three lesser-known short stories. The Maltese Falcon had three adaptations and the most successful one was with Humphrey Bogart as lead. So from 1940s onwards, the character became closely associated with the actor. Bogart’s depiction – slight frame, dark feature and no-nonsense type – of Spade who was originally blond, well-built and mischievous, however became a major influence on both film noir & the genre’s archetypal private detective. 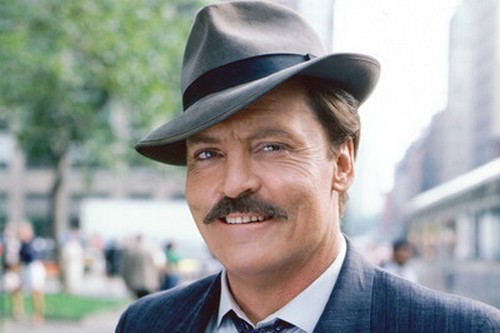 Michael ‘Mike’ Hammer is not the kind of guy whom you’d want to call for dinner but, people like him are required by the world in order to stop crimes from happening. Hammer is a self confessed misanthropic, brutally violent and fuelled by a genuine rage against violent crime that never afflicts Dashiell Hammett or Raymond Chandler’s heroes. Though he respects the police force but is of the opinion that law frequently hinders justice. Hammer’s character is said to be inspired by a real-life hard-boiled Texas Ranger and gunfighter named Frank Hamer, who was famous for tracking and killing the infamous duo – Bonnie & Clyde in 1934. The books featuring Mike Hammer have been adapted into several movies, TV series, and radio programs. 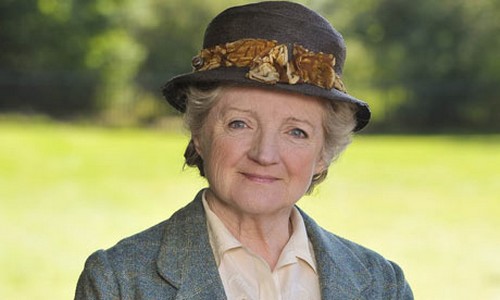 Sleuthed out of the pen of the queen of mysteries Agatha Christie, this sweet, old, English lady can read a murder like the line in the ceases of her palm. Appearing in the novel ‘Murder at the Vicarage’ for the first time in 1930, Miss Marple features in 11 more novels and 20 short stories. The final Miss Marple novel was published in 1976. The character (alongside Hercule Poirot) has been much loved and adapted into several stage plays, TV films, and movies. So far she has been played by as many as 12 actresses including Margaret Rutherford, Angela Lansbury, and Helen Hayes. There’s even a 39 episodes anime series featuring Miss Marple along with Hercule Poirot. 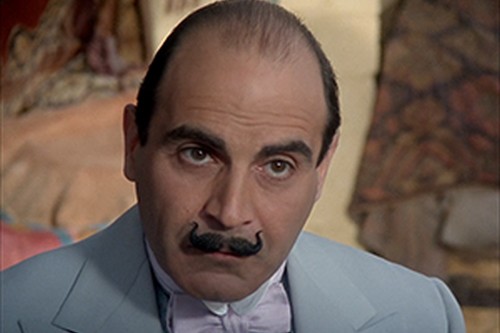 The Belgian detective appeared in Agatha Christie’s first work ‘The Mysterious Affairs at Styles’. Poirot is one of Christie’s most popular and long-lived characters appearing between the time span of 1920 to 1975, in 33 novels, 1 play and more than 50 short stories. Though by the 30s Christie was sick of the character but on public demand could not kill him off. The reason behind developing a Belgian detective was the fact that it was considered patriotic to express sympathies towards the Belgians owing to the British propaganda of the time. Needless to say numerous TV and film adaptations have made over this familiar figure and ‘Murder on the Orient Express’ (1974) is considered to be one of the most popular among them. Poirot is the only fictional character to have received an obituary in the front page of The New York Times. 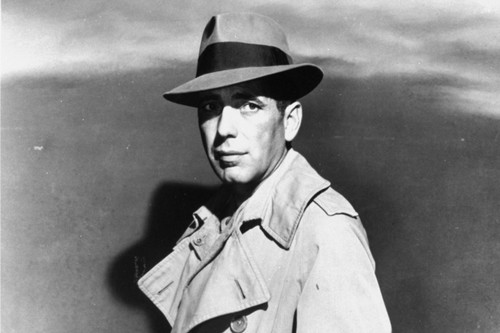 Philip Marlowe being a very tough, hard-drinking detective was still unlike most of his contemporaries. He was contemplative and philosophical, morally upright and was not fooled by the genre’s usual femme fatales. Creation of Raymond Chandler who has written a series of novels with Marlowe as the protagonist including ‘The Big Sleep’, which was his debut novel published in 1939. Chandler’s early short stories, published in Pulp magazines like Black Mask et al, featured characters like Marlowe but with different names. Some of these short stories were later combined and expanded into novels featuring Marlowe. His final story appeared in 1958. Marlow’s character is foremost within the genre of hardboiled crime fiction and has inspired many radio, TV, and film versions, Humphrey Bogart’s The Big Sleep (1946) being one of the most popular one. 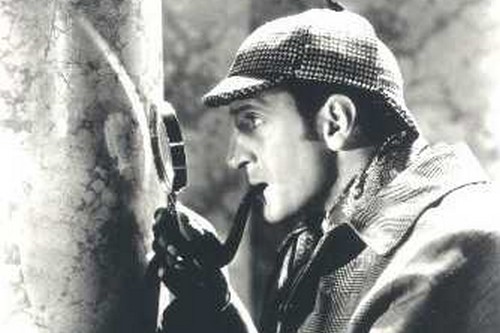 This detective needs no introduction. He is the master sleuth but is bit of an untidy wreck when not working on a case and at such times, he turns to cocaine for excitement. Chances are that most non-readers around the world have heard of Sherlock Holmes owing to the number of films and televisions series made on him and the character even holds a record of appearing in more than 200 movies. Sir Arthur Conan Doyle introduced Holmes to the world through the eyes of Dr. Watson, the narrator in 1887. Since then his popularity has not ceased. Sir Doyle went on to chronicle 4 novels and 56 short stories till 1914. The most critically as well as popularly acclaimed adaptations are Granada Television’s series featuring Jeremy Brett and BBC series featuring Benedict Cumberbatch as a contemporary Sherlock.

Interesting fact – When in 1893, Sir Arthur Conan Doyle being tired of the character, killed off Holmes in ‘His Last Bow’, there was such a public uproar that he was forced to restore Holmes to life in the most ingenious-Doyle manner in ‘The Adventure of the Empty House’.