They are heroes and devils, gods and demons. Popstars depict our eternal yearning for something greater than ourselves, yet tangible, at least something you can touch. Their aura is magical, that casts a spell on us and makes us laugh and cry.

Pop stars are immortal. They have not only been immortalized in their music. There are also countless books that tell about their lives, their work and their visions.

These ten books are an invitation to give a look into their dens with shuddering fascination.

The 10 Inspirational Books on Musicians:

1. Before you judge me try hard to love me 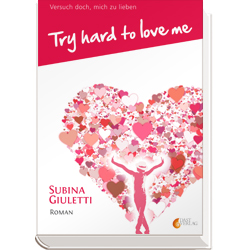 By Subina Giulietti:   About Michael Jackson:

This is the book about the star of century. Book takes the journey from 2009, the year Michael Jackson died . Writer was shocked by the way Michael Jackson had lived his life.

Novel represents an emotional and spiritual view of an unusual and misunderstood life – with a fictional frame story, but the writer describes the facts presented in the book are unfortunately true about Michael Jackson.

He was looking for spirituality, was tried and acquitted of child molestation, his dream world created at his Neverland Ranch. Jackson was in his lifetime a myth , and was worshiped by his fans as a Messiah.

The reader learns from sufferings and feelings of a megastar, who had just only been a man who longed to be loved. Book is a blend of fiction along with facts. 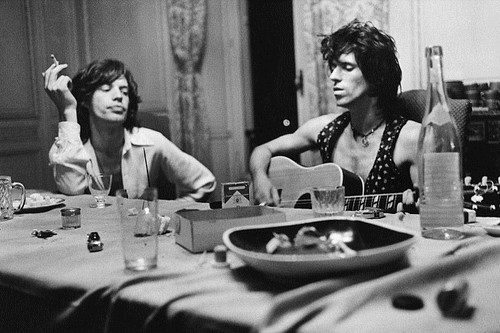 By Nathalie Kuperman: About the singer of the Rolling Stones and a girl

A thirteen year old girl is crazy about the sex symbol Mick Jagger. Book takes us to the year 1976 when Mick Jagger was just 33 years old.

The book depicts the singer of the Rolling Stones an absolute womanizer and the stories about his numerous affairs.

The girl loves Mick Jagger, for he is the only one who perceives in her solitude. Harmed by sexual assault of her father , the girl can meet only the man in her imaginations. The mega star remains her eternal consolation in her adulthood. 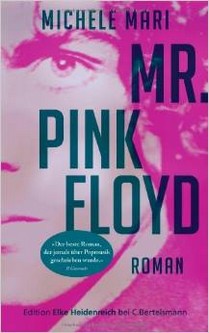 About Syd Barrett
“I warn everyone who called me a ‘fifth Pink Floyd’! Barrett was a songwriter and guitarist, but in the late 1960s, he had to leave due to having problems within the group.

Mari makes this story a kind of positive trashy novel. All agree on the fact that Barrett was a genius, without which it would never been possible to portray Pink Floyd so beautifully. He was always in their souls, even when he was not anymore a member of the band.

It can be termed as a knowledgeable, loving and pretty crazy novel about the myth of Pop .

4. The year of the miraculous Elvis propagation

About a convict and an Impersonator Elvis

The year of the miraculous multiplication Elvis is a tribute to Elvis Presley by German author Georg Meier.

The exciting story is set in the year 1977 and Hans Lubkowitz is released after seven years from prison in the seething German Autumn. A week before Elvis Presley died. But that is not what that would blow the mind of Hans, infact that is RAF (Red Army Faction) terrorism, heroin glut, rising unemployment, and especially the incredible number of immigrants.

As always in Meier’s books, they are full with fast-paced situations and moments of great humanity. 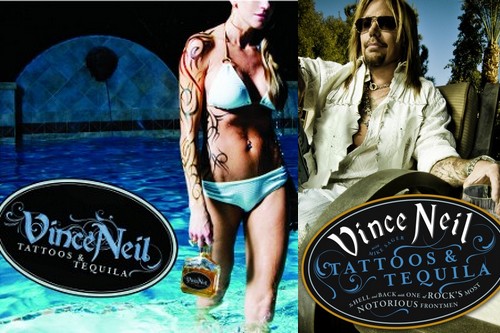 How wild is wild? Vince Neil Wharton of the 80s glam rock band Mötley Crüe still seems to be able to sit on a rock on most stories. A womanizer, a drunkard, a Drug addict – he uses all the clichés of rock ‘n’ roll world.

His divorce, the death of his daughter and his best friend are most tragic incidents and low points of his life . He tried his hands in business as well: a tattoo parlor, a distillery and even his own airline. 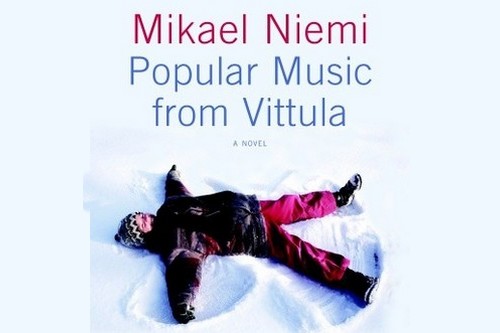 About the Beatles and young Swedes by Mikael Niemi

A novel so successful just as an album by the Beatles. “Popular Music from Vittula” blew up all sales figures in Sweden and many other European countries.

It’s the sixties in the far corner (north) in Sweden. Rural life is marked by rugged terrain, wild climate and hard men. Matti grows up in the wilderness but Matti and his friends know how to help each other in this brutal and superstitious world where everyone is related to everyone.

Here, an album from Beatles “Rock ‘n’ Roll Music”,plays the decisive role. which strikes like a bomb. Matti and his friends form a band. “Popular Music from Vittula” is a wonderfully tragicomic love letter to the pop music, the power of feeling and the greatest band of all time.

7. The Stones we ourselves 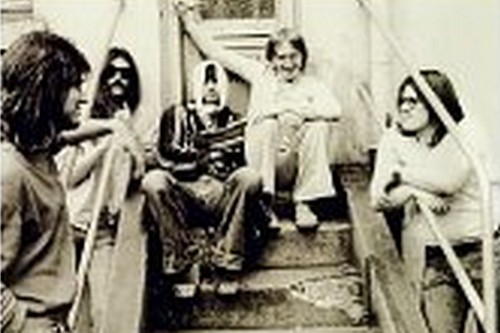 About the Stones from Kohlenpott by Zepp Oberpichler and Tom Tonk

In 1983 Oberpichler formed the band Ten Beers After that occurred with cover versions of some songs by popular 60s and 70s bands like Golden Earring, Jimi Hendrix, Rolling Stones and Dr. Feelgood.

The book’s character, Theo knows only from newspaper articles, which his father read to him: to have sex and no marriage. Theo and volunteers team up, start with “Silent” (a band) under a theme :Beat! Party! Girl! Madhouse!

Oberpichler and Tonk, born in 1967 and 1965, describe beautifully about the upheaval in the lives of ordinary people. 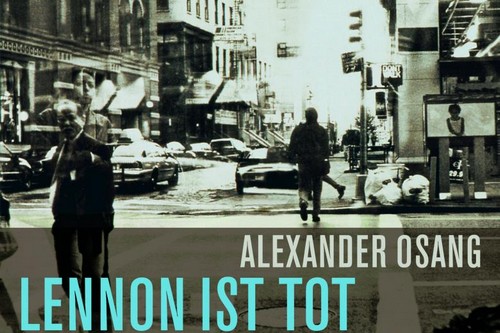 About John Lennon and growing up by Alexander Osang

Alexander Osang studied journalism and was born in east Germany in the year 1962.

Alexander Osang’s rousing and moving novel is the story of a young man who takes a look under the surface of life for the first time. He is entranced by his dreams – and finding the reality.

Soon, he believes, the brilliant musician leads him to afterlife messages and his life begins to intensify. The big pop star gives him the impulse to learn the whole life.

9. City of Light: The Last Days of Jim Morrison 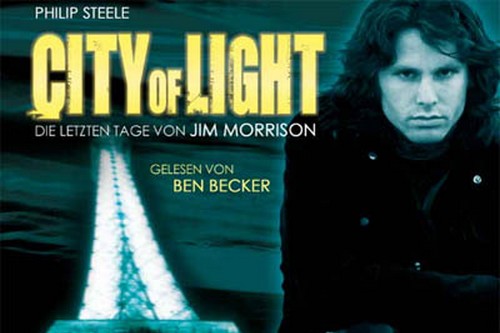 About the death of a musician and poet by Philip Steele

What is certain is that the American singer and poet returned towards the end of his career with lung problems from North Africa and suffered asthmatic complaints in his last months of life in Paris. It is possible that he tried to combat this with an overdose of heroin and died in or as a result of pulmonary hemorrhage At the time of death, he only had his girlfriend Pamela Courson with him.

Philip Steele, who even used to compose music which Jim Morrison did not know, makes him the great evil in the mysterious game. He describes the last phase as if he might naturally look into the minds of his characters , or as if he had always been there. Thus, novel presents a clear, but fictional fabric of all the speculation. Without a doubt the book can be termed as a novel. 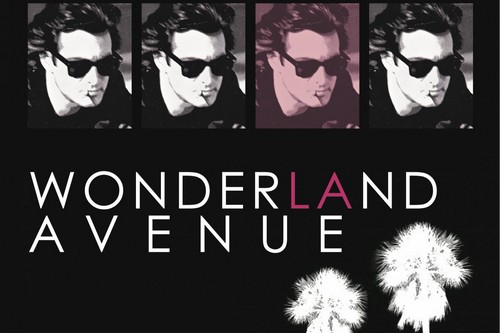 About a drug-addicted music producer by Danny Sugerman

The epic story of a producer. Danny Sugerman has met Jim Morrison soon after he produced the Doors .

It started as boring in Beverly Hills that he could bring in some momentum only through rebellion. Initially hesitant, he slips over the years deeper into drug addiction. The acquaintance and supposedly friendship with Iggy Pop completes his rest of story.

This book offers all the rock ‘n’ roll with sex and drugs and a lot of glamour.It is surprising, how honest Sugermans acts in this book . The consequences of drug use has been described in a very sober conversation with a doctor. Sugerman wants to get away from the drugs.

The doctor tells him: ” You will die if you continue to use drugs, and if you stop them suddenly , it will also lead you to your death.. “