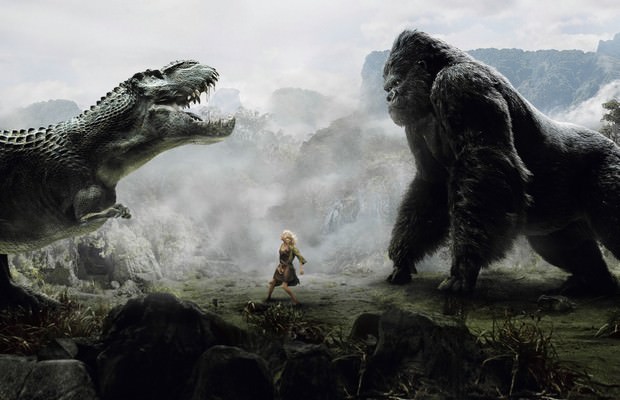 Recently released movies like “Godzilla and “Kong: Skull island (2017)” seems to be bringing back the popularity of giant monsters among new audience. These monsters generally known as Kaiju in Japan. They has been an important part of Japanese pop culture for decades.

10 Most Interesting Kaiju Monsters of All Time 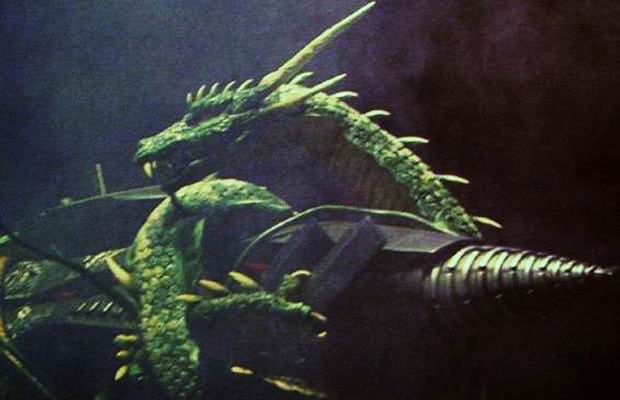 Manda is an Asian sea dragon. He kills his enemies by strangling them to death just like Anaconda. He is a primary antagonist in monster land. But the interesting part about this creature is that, he is not doing bad things on his own will. His mind has been controlled by aliens throughout the whole time. Which means he could potentially be a good-guy and become a human ally in MonterVerse. 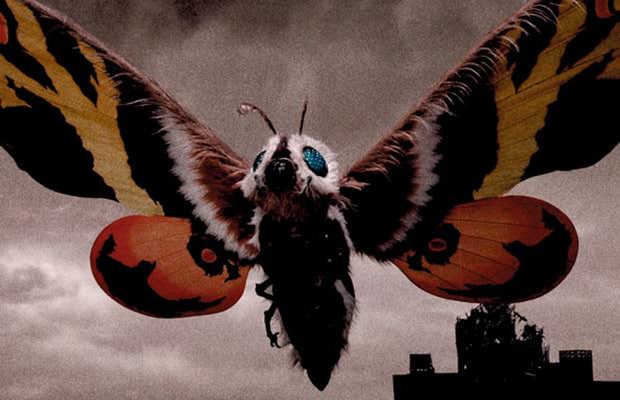 Mothra is one of the most popular and fascinating kaiju monster of all time. Also, she isn’t known for her fighting. She is a colossal sentient caterpillar or imago moth. Also, she is mostly portrayed as a heroic character. She might get reasonable amount of attention in MonterVerse to attract female demographic. If we say that she could even get her standalone movie in the future, it wouldn’t be wrong. In addition she is worshiped as a goddess by natives of Infant Island. 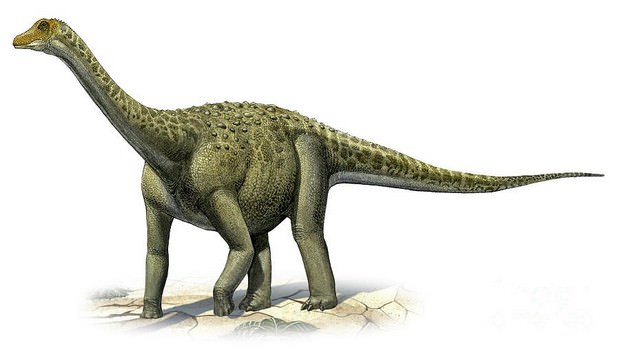 Named after a real life dinosaur. Titanosaurus is one of the strongest opponent of Godzilla. He has the similar abilities as Godzilla which include ability to swim in water, only Kaija other than Godzilla to have this capability. Titanosaurus is also not doing bad things on his own, as he is being controlled by a mad scientist. This creature can certainly appear in MonterVerse as the biggest ally or enemy of Godzilla. 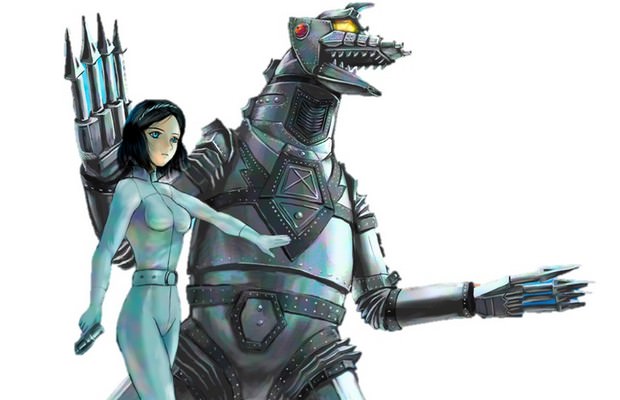 MechaGodzilla is basically a mechanical giant machine created by humans to defend Japan from Godzilla. Interestingly it is created in the image of Godzilla himself. Although this metal block isn’t nearly as interesting as Godzilla. But he can become a great plot device in future MonsterVerse movies. 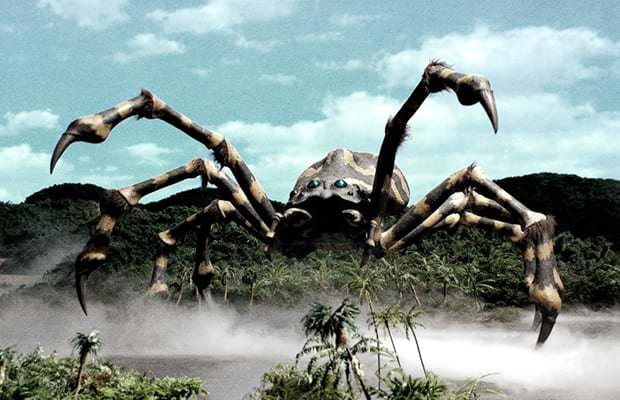 Spiders are some of scariest creatures on earth, which why more people are afraid of tarantulas than that of death. Kumonga is just a gigantic tarantula, though sometimes it is shown as just a normal spider. But still it is horrific creature, and it would certainly make one hell of villain in MonsterVerse.

A real-life black widow spider is scary. And also, a tarantula is scariest. Kumonga is a spider who stands about 150 feet tall. He might wrap you in a web and kill you at his leisure. In addition, he’ll just stab you with the razor-sharp points at the end of each leg. 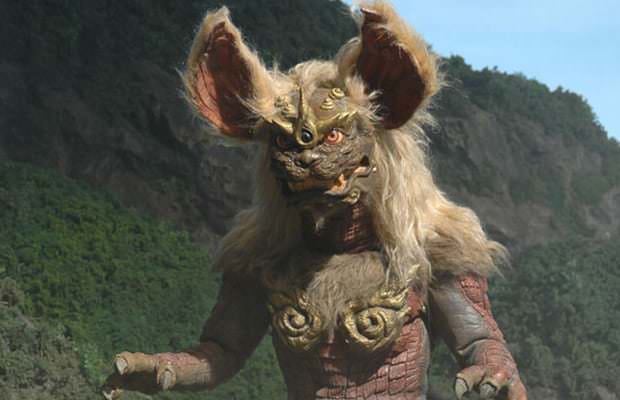 King Caesar’s design is mostly inspired by a Chinese Guardian Lion that can be found in Buddhist traditions. He is shown as an anthropomorphic giant Lion, who protects his village from rampaging dragons. King Caesar is quite interesting character. And also, he will make a great Godzilla villain. He can also appear as good guy in MonsterVerse, which wouldn’t be surprising for us as he has all the characteristics to become an human ally. 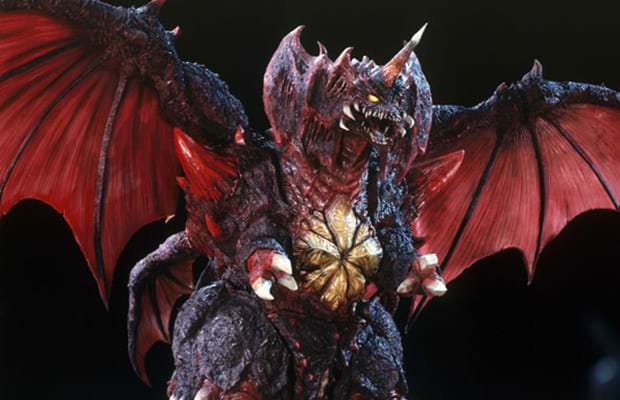 The idea of Destoroyah was at first scrapped due to already developed several doppelgangers of Godzilla at that time, such as SpaceGodzilla and MechaGodzilla. But this character turned out to be better than all others. Destoroyah is exceptionally powerful and at one occasion killed the Godzilla. He can potentially become the ultimate Godzilla villain in MonsterVerse. 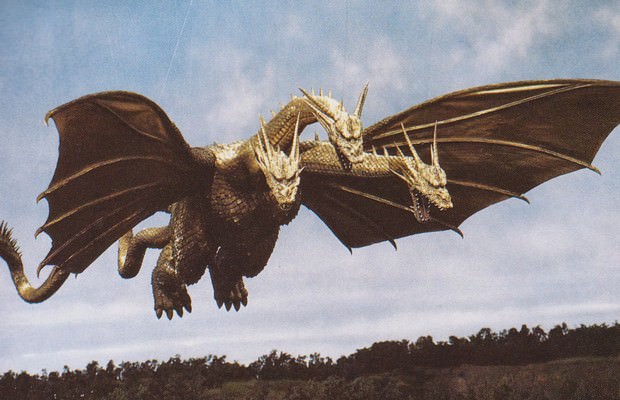 This three headed dragon with golden scales, giant wings and two tales is a the coolest Kaiju monsters of all time. He has several origin stories; In one, he has been shown as an extraterrestrial dragon, in others as a genetically engineered monster or a guardian from ancient Japan. But the design of it has been more or less identical throughout.

King Ghidorah is currently most demanded Kaiju in MonsterVerse, and legendary pictures have recently confirmed that he will appear in Godzilla; King of the Monsters (2019), along with several other monsters of this list. 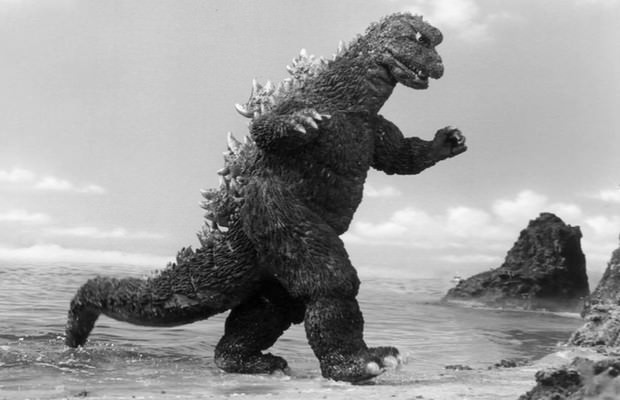 Godzilla is probably the most popular Kaiju monster of all time. He has dozens of films under the belt. Why shouldn’t he? After all he is also the second most interesting monster of all time. Also, he would be the central character of MonsterVerse, who would be challenged by Mothra and King Ghidorah for supremacy in Godzilla: King of the Monsters (2019). After beating them, he is going to fight with greatest monster of all time kin Godzilla vs King Kong (2020).

In Kong: scull island (2017), King Kong cannot be categorized as hero or a villain. If start dropping bonds in someone’s territory what do you expect in return. Also, in MonsterVerse is more of an antihero than a rampaging monster.

King Kong have been one of the most famous movie icons for ages. Having appeared in countless movies, cartoons, books, comics, theme park rides and video games. For us, King Kong undoubtedly is one of the most fascinating Kaiju monster of all time. He was the first monster to survive a fight with Godzilla. In addition, he is the first to defeat Godzilla.