After 50 years in the industry and more than 100 films to his credit, Jackie Chan hardly requires an introduction. Loved by all, respected by all, Jackie Chan is universally hailed as a legend. Jackie has many fascinating aspects of his life, which we, in spite of being his fans, are unaware of.

So, here are 10 little-known and fascinating facts about Jackie Chan:

10. His Parents Left Him as A Child 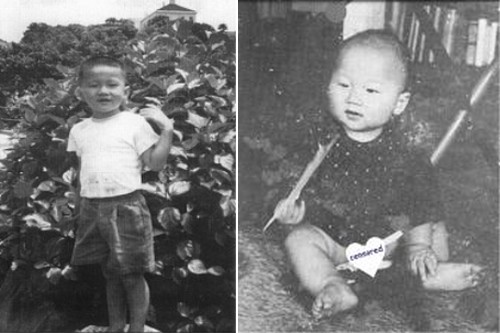 Jackie’s father, Charles was a spy working for the Chinese National government and while at his duty he had arrested a stage performer and opium seller named Lee-Lee, whom he later married. Charles and Lee-Lee both had two children on either side from their previous marriages whom them left and fled to Hong Kong when the communists came to power in 1949. Jackie was born five years later and immediate endeavours were made to sell for a price of $26 to the doctor who helped deliver him. Later Jackie was left in a boarding school while the parents went to Australia in search of work.

Life in boarding school was hard as Jackie and his fellows students were given lessons on drama, acrobatics, martial art and music and were beaten up at any mistake. The school didn’t teach reading or writing to its students. At the age of 8 Jackie appeared in a movie for the first time and following Bruce Lee’s death, he slowly established himself as Hong Kong movie industry’s next big star.

While filming for ‘Wheels on Meals’ in 1984, Jackie became angry on being painfully hurt by Benny ‘The Jet’ Urquidez (a kickboxing world champion) while shooting a fight scene with him. Jackie, by-the-way had landed a few blows on the boxer as well. Furious and frustrated Jackie challenge Urquidez for a real exhibition match and since Jackie was not much of a kickboxer himself, Urquidez warned him saying he’d get hurt. Soon the crew members began taking sides and placing bets but unfortunately for them, the exhibition match never happened. Letting by-gones be by-gones, Jackie and Urquidez appeared again in a fight scene of the film ‘Dragons Forever’ (1988).

8. When He Almost Died Performing A Stunt 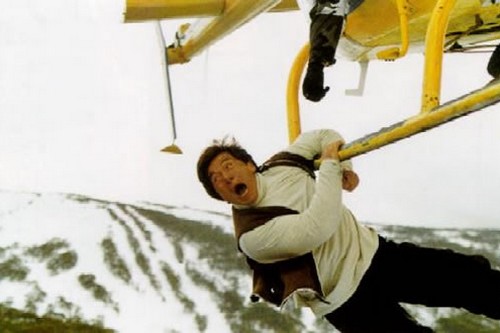 Jackie Chan is an ace stunt performer and has pulled off seemingly impossible life threatening stunts with relative ease. But once in 1986 he was nearly killed performing a simple stunt. He flew down to Yugoslavia and went to the set (with a jetlag) to jump from a wall to a tree. Though his first try was successful but it did not appeal to his sense of perfection and on the second try, Jackie fell short from the branches of the tree and unable to grab them, plummeted down on the rocks below. Following this he suffered skull fracture and a bone poking into his brain tissue that caused bleeding out of his ears. The incident has left its mark as he partially lost hearing in his right ear and a plastic plate still corks a hole in his head. 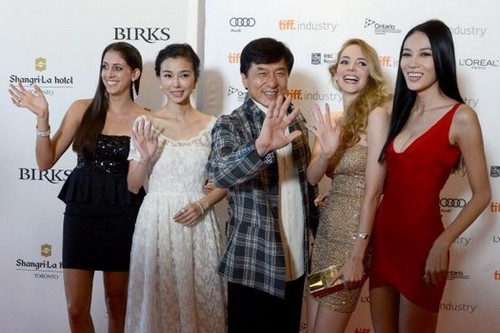 Jackie isn’t much of a fan of Hollywood. Even after years of success with blockbuster movies like Rush Hour films and Shanghai Noon films, Jackie says that he doesn’t get American humour nor does he understands Hollywood’s craziness behind car-chase formulated film. Jackie reported didn’t like Rush Hour and would not have done the sequels had they not offered him truck load of money. Around the 1980s during his initial years in Hollywood, Jackie had struggled to establish his own style because his early directors had wanted him to be the next Bruce Lee. None-the-less Jackie Chan has become a revered superstar who might not have worked with Hollywood’s big daddies like Steven Spielberg but it doesn’t matter because, “in Asia, everybody comes to see Jackie Chan in a Jackie Chan film.”

6. A Perfectionist Who Was Awarded 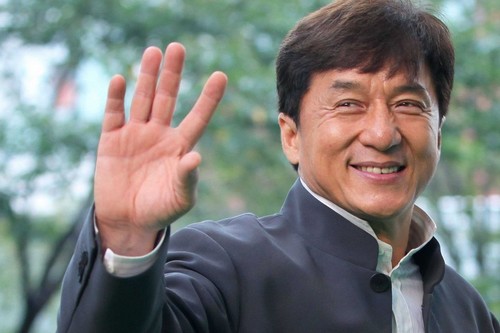 Movies are big deal. We are aware of the gravity of expectations from, especially, renowned directors. Rumours has it that Charlie Chaplin while directing his famous film ‘City Lights’ redid a scene 300 times just to get the rose held at a perfect angle. David Fincher is said to retake a scene for an average of 50 times. But our beloved Jackie Chan has beaten them all when while directing the film ‘Dragon Lord’ (1982), he had had 2,900 takes for a single 10 minutes scene. It was the elaborate opening scene of the film with a dozen of stuntmen involved. He was awarded by the Guinness World Record for the highest number of takes for a scene.

5. A Stunt That Froze His Blood

Even after years of practise and years of successful stunt performances Jackie find every stunt terrifying. But nothing was quiet as terrifying as the one he managed to pull off in ‘Who Am I?’ If you have seen the film you’d very well remember the climax where he slides down the 21 storied Willemswerf Building in Rotterdam. It wasn’t a straight sliding (how could Jackie be satisfied with a straight stunt). He travelled down the slant side of the building at 45 degree angle, tumbled over, stood up walked down speedily before falling forward and sliding forward. Reportedly it took him two week to work up the courage to do this stunt. 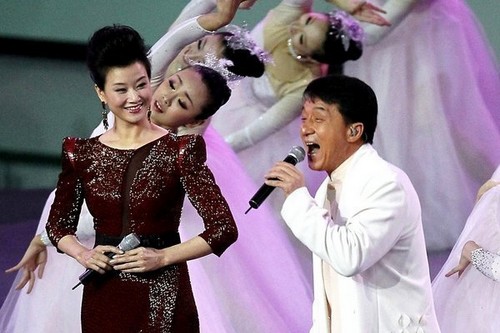 That’s our wantonly talented Jackie. We already know that he was strictly brought up in a boarding school where no academic lessons were given. His rigorous childhood training made a master singer out of him and since 1984, he has churned out 20 albums featuring his song. From 1980, he has been singing the closing credits of all his Chinese movies and had sung the theme songs of his film ‘Young Master’. The Disney film ‘Mulan’ released in China had Jackie singing ‘I’ll Make a Man Out of You’ for the dubbed versions.

3. His Body Is Full Of Injuries 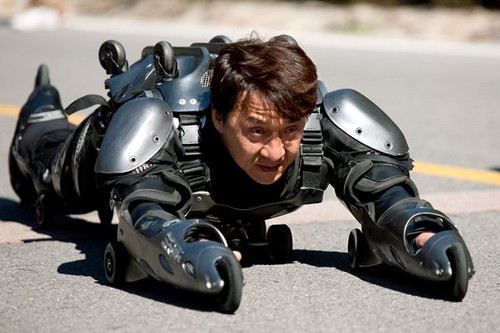 Almost every part of his body has suffered pain. Jackie has injured his hand countless time, broken his nose three times, has injured his knee innumerable time so much so that now he uses a body double for shooting sprinting scenes. He has broken his ankle, injured his neck, crushed his thigh between two vehicles and has also dislocated his pelvis, shoulders and sternum. Jackie is known, not just to perform his own stunts but performing even in injury.

Early in his career Jackie would often get hurt while performing stunts with stuntmen. Since then he has built a stuntmen association named ‘Sing Kar Pan’ with trusted and well trained men, some of them being his boarding school buddies. The team would together with Jackie choreograph the action scenes and while filming they would even live together. Till now ‘Sing Kar Pan or Jackie Chan’s Stuntmen Association’ has worked in 28 of Jackie’s films. 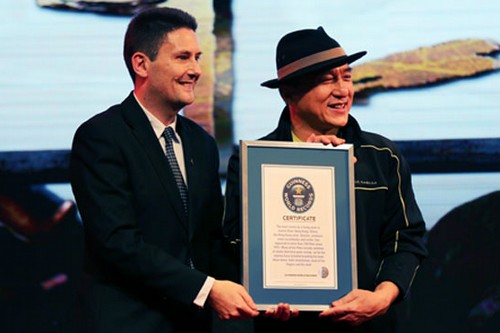 He holds two more world records – one for performing the most stunts by any living stuntmen & two, for taking care of as many as 15 different works in his latest film ‘Zodiac’. He was the director, writer, lead actor, executive producer, producer, unit producer, art director, cinematographer, manager, prop man, stunt coordinator, stuntman, gaffer, theme song vocalist, composer and even the food caterer. Yup, that’s our Jackie!