An issue that recently started trending, and caught our attention involved an American man who was raped by two ladies. A lot of eye-brows were raised and many jaws dropped to hear this, because, to many, male rape and molestation is still a myth or a joke. But, the reality is that many males undergo sexual abuse. Even when we cite examples of famous people who have survived molestations in an effort to inspire and encourage people, we largely forget about the many men who have overcome past traumas of sexual harassment in order to be where they are today. Let us look at some of the male celebrities who faced sexual assaults. 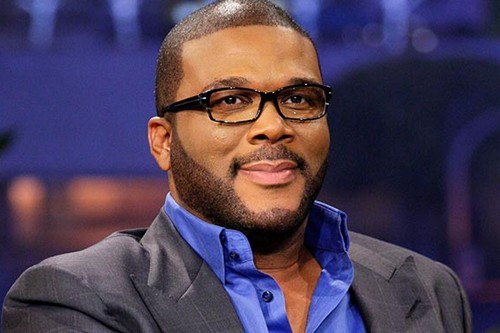 Media mogul Tyler Perry faced repeated sexual abuse as a child named Emmitt. When he was about 5-6 years old, he was sexually assaulted by a neighbour, and then a male nurse in a hospital. Then, a man in the church, in the name of God and the Bible, sexually abused him. Tyler also faced sexual abuse by a friend’s mother. Instead of finding solace at home, he was physically beaten and abused there by his father. His only escape was to mentally get transported to a park until it was over. He found momentary refuge and contentment in the church. He became violent and suicidal, until he decided to distance himself from his father by changing name, and gradually, things started turning for him in his late twenties when he confronted his unremorseful father, whom he forgave. 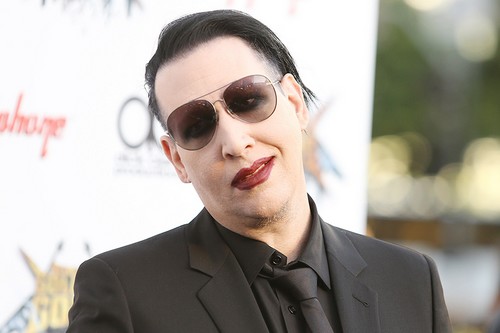 Born as Brian Hugh Warner, the Goth-rock singer was subjected to inappropriate sexual exposure early in his childhood, when he used to venture into his grandfather’s sex den in the basement where the piles of women’s underwear and obscene pornographic magazines on bestiality, sadomasochism, etc. dazed the child. He then started facing repeated sexual assaults by a neighbour for a very long time. At one point, he was ordered by an older male friend to strip and crawl, naked, into a tight space, so that the ‘friend’ could pleasure himself by touching the helpless Brian. All this left a scar in his mind, but he grew to be a rebellious, opinionated boy. Ironically, later on in his life, he faced charges of sexual abuse himself, though the charges were dropped. 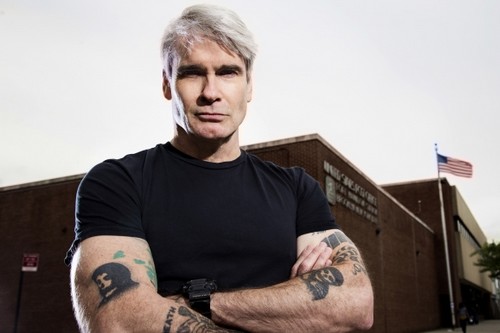 The angry man of music, Henry Rollins, who was born Henry Garfield, had faced a lot of unwanted sexual encounters from a very early stage in his life which left a scar in him. He was already in the midst of an abusive environment, owing to war veteran bully for a father and his mother’s abusive boyfriends who beat and mentally tortured him. He vividly remembers one particular incident in Greece when he was pulled into a truck by the driver, and then sexually molested by him. He was just 10 years old then. This was not an isolated incident. His father married a woman who had a psychotic son. This step brother drugged him, and often sexually assaulted him. But, he channelled his demons through creativity and music as a part of the band, Rolling Stone. 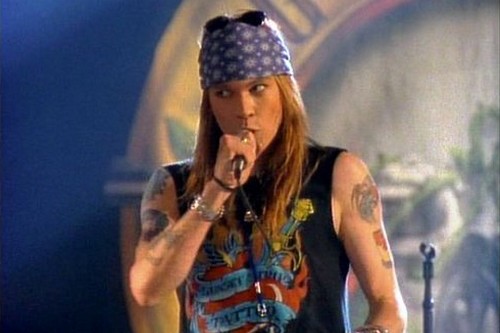 A two-year old Axl, who was then called William Bruce Rose Jr., was abducted by his father right after the separation of William’s parents. After abducting him, William was sexually abused by his biological father. His mother got married to a religious man named Stephen L. Bailey, and he believed, till the age of 15, that Bailey was his father. Bailey was oppressive, and banned everything from television to music, calling it all Satanic. The man was also abusive to him and his siblings, and at a young age, William got exposed to sexuality as he witnessed his sister getting abused. With past life regression therapy, Axl claimed to have dug up memories of molestation by his biological father, which had left deep scars. But, music helped him overcome his memories and scars. 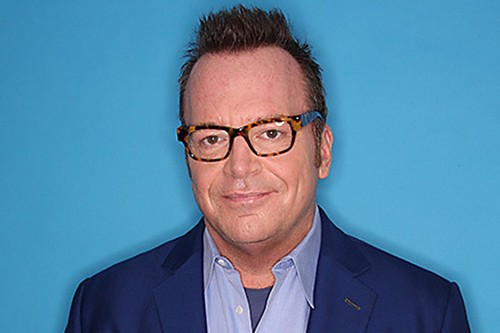 The comedian and actor portrayed a paedophile, to bring alive the truth of a sexual predator as he had himself faced. At 4, his father, a single parent, used to leave him with a neighbour to baby-sit him, who lured him with candy and raped him, calling the ordeal a game. When he was about 7, he started protesting, but the man threatened to shoot his father. Soon, the scared but desperate Tom went into the neighbourhood with his father’s gun, creating an uproar. Though he didn’t tell his father or anyone the truth, the molestation stopped, as the man moved out. At the age of 12, when he read a book on sex education, he realized only then that what he had faced were sexual encounters. At the age of 30, he even confronted the man in the last step of his rehab. 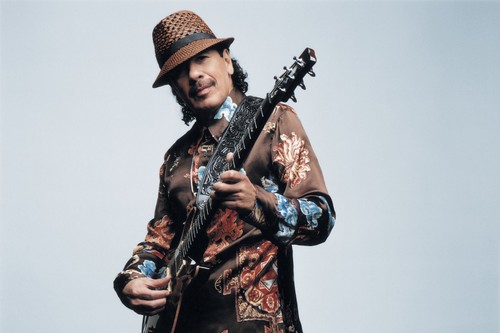 The Mexican-American music sensation, whose eponymous band pioneered in rock and Latin American, had talked in therapy for years about his childhood experiences of sexual abuse, but came out in public about it much later. He revealed that between the age of 10 and 12, a man from Burlinton, Vt., regularly lured him and molested him. Carlos was enticed to America almost every other there, where his molester, who dressed like a cowboy, bought him gifts, like clothes, food and toys. Then, the man sexually abused him. This went on, until Carlos fell in love with a girl, and when the man caught him, he slapped him in his face. It was then that he saw the man for the beast that he was, and retaliated. Many of his songs are indicative of his tough and abusive early life. 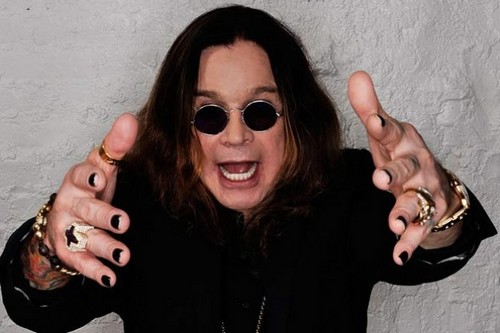 Rock singer and television personality Ozzy Osbourne, born as John Michael Osbourne, had quite a rough childhood, as he faced poverty in a family of eight, and was pretty shaken and scarred by his sexual encounters. Bullies at his school used to sexually assault him regularly. Two boys waited for him every day, and would get hold of him on his way back from school in Birmingham. They used to ask him to strip down, and then touch him and feel him up. This happened at regular intervals, and went on for what seemed to him like ages. But, he could never talk about it to his parents, which left him all the more mortified and shattered. He worked it out with therapy later, and his wife, Sharon, aware of his traumatic experiences, has always been a great support. 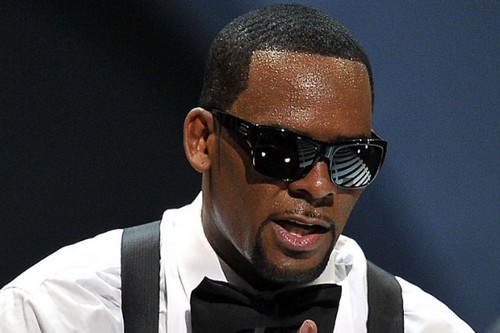 Robert Sylvester Kelly grew up in a house full of women who, as he remembers, used to roam around the house, scantily clad. There was one woman who make young Robert photograph her during her sexual encounters with her partner. When he was 10 years old, he was sexually abused by another woman, and continued doing so for many years. He knew, even as a child, that all that was happening to him was wrong, and yet, felt too ashamed to talk about it. This definitely left a deep mark in his mind, as he struggled through a very difficult childhood without a father. Later, he himself developed the notorious habit of dating and having sexual encounters with underage teenagers. He was even accused of child pornography, and gruesome child molestations. 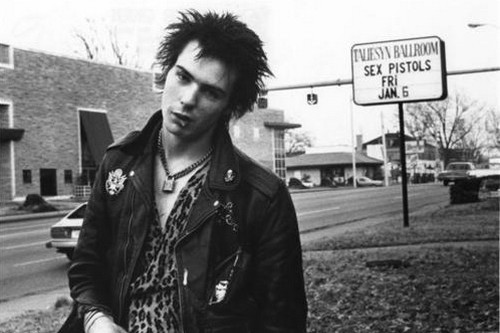 Born John Simon Ritchie and later named John Beverly, the bass guitarist and vocalist of band, Sex Pistols, referred to himself as a punk. He was notorious for abusing his audience members both verbally and physically, but nonetheless, he was loved by the same fans for his behaviour. Sid was arrested and sent to Rikers Island metro jail for fifty-five days, where he had to undergo a painful and enforced detoxification. During his time in the jail, Sid was repeatedly subjected to various forms of humiliating assaults. He was raped, beaten, abused and attacked. However, no one reported having witnessed these events. On one occasion, when Jerry Nolan went to visit him, he found Vicious with a black eye, shaking uncontrollably. Vicious eventually died of drug overdose in a party. 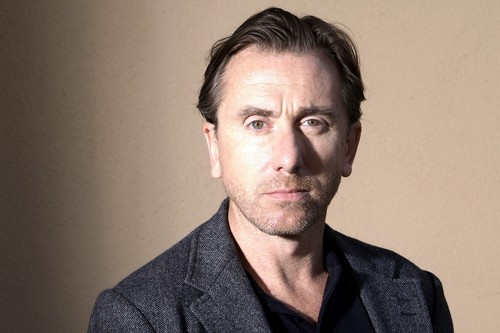 British actor Timothy Simon Roth created quite a stir with his directorial debut, The War Zone, which dangerously portrayed the pain of being abused while aiming to put some of the people in the audience in the shoes of the sexual predator. He worked in the film primarily to tell a story about the subject, since he himself is a child molestation survivor. He started facing incestuous abuse during his childhood, and it continued up to his early teens. However, instead of feeling traumatized, he considers himself a survivor. Tim has never uncovered the identity of his abuser who was a member of his family, but he has confirmed that it was not his mother or father. As a child, he also got frequently beaten up by other children. Acting gave him an opportunity to exorcise his demons.

There are many other male celebrities who faced sexual assaults. Comedian Drew Carey is one of the first and most prominent public figures to talk about his personal experience of being abused by a male member of his extended family. Drew Carey, Maynard James Keenan, Mike Patton, Robert Blake, James Dean, Don Lemon: they all have been victims of sexual abuse.

Indeed, there have been many women stars who have faced terrible sexual crimes against them. Ashley Judd and Oprah Winfrey grew up amidst sexual abuse by male family members, while Drew Barymore was abused by her father. Christina Applegate was subjected to dating violence, and Gabrielle Union was raped at gunpoint. Many such women have faced terrible sexual crimes, but, that does not mean that men can be any less victims of such crimes. As children or as adults, men are vulnerable to being abused and raped, too. Those who have faced such situations are constantly in fear of the truth coming out, when the truth is, a rape victim is never the one asking for it, and, just like a woman doesn’t ‘enjoy’ rape, the man doesn’t, either.

Sometimes, they even grow up with misconceptions, as in the case of Chis Brown, who once said that he lost his virginity at the age of 8, when, in reality, it was a case of child molestation. As Tim Roth said, it is important for a person to not consider himself a victim but emerge as a survivor instead, and that can be done with proper help and support. Suppressed emotions about assaults can lead to abusive tendencies perpetuating from abuser to victim, forming a vicious cycle. It is time we accept the reality and lend our support, and help them overcome the trauma instead of feeling ashamed.