Poison is not just the weapon of snakes and reptiles. Most of the plants around the world contain some kind of poisons in their bodies as defensive mechanisms. And a number of them are very deadly. A lot of people have died from mere touch of these plants, let alone eating their parts. You may wonder to see that many of them are common in our neighborhoods. Here is the list of 10 of those deadliest, most poisonous plants around. 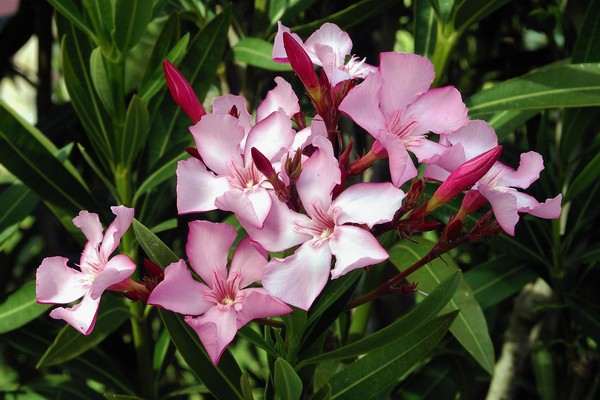 Also known as Jericho Rose, Oleander (Nerium oleander) is one of the most poisonous plants, and a common decorative plant native to Southeast Asia. All parts of the plant are poisonous, from root to the nectar. The presence of toxins such as nerioside and oldendrin contribute heavily to the lethality of the plant. The consumption of the plant parts are found to result in diarrhea, vomiting and variation in heart beats. It is said that even the smoke from a burning Oleander is poisonous. 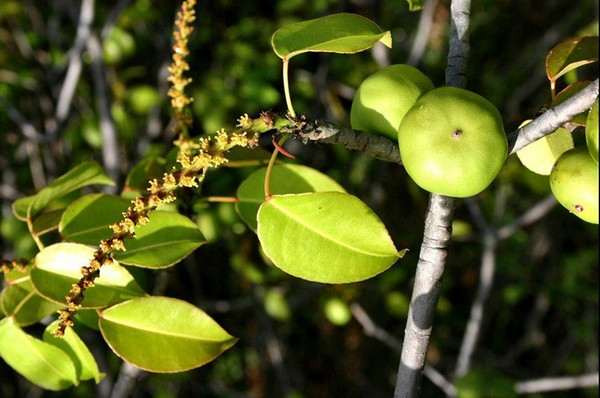 Found along the coasts of South America, Manchineel (Hippomane mancinella) is an extremely dangerous tree. Apart from its fruit which is said to be poisonous, the most dangerous part is the milky sap of Manchineel which contains phorbol, a strong skin irritant. The contact with phorbol can result in blistering of the skin. The Carib natives are said to have used various parts of the tree in their weapons. It is no wonder that Manchineel is called the ‘little apple of death.’ 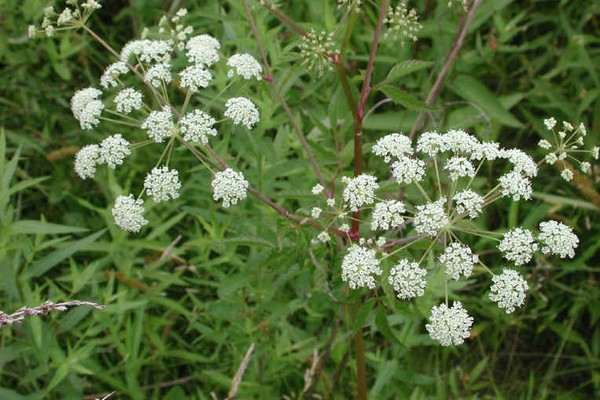 One of the most poisonous plants, The name Hemlock would remind anyone familiar to Greek philosophy of the great Socrates. The ancient philosopher was killed with the poison of Hemlock. There are a variety of dangerous plants belonging to the hemlock family, yet Water Hemlock is particularly infamous. The toxins present in the plant, cicutoxin and cicunol, cause convulsions and tremors and harm the nervous system. Even if one survive, he is likely to be affected with amnesia. 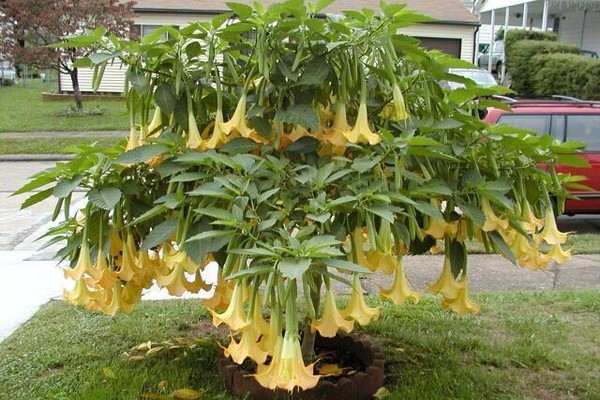 Native to the tropical regions of South America, Angel’s Trumpets are one of the most poisonous plants. They are large shrubs named after their trumpet-like flowers. Belonging to the genus Brugmansia, they come in a variety of colors and all parts of them contain toxins such as tropane alkaloids scopolamine and atropine. The ingestion can result in diarrhea and paralysis and overdose can cause death. 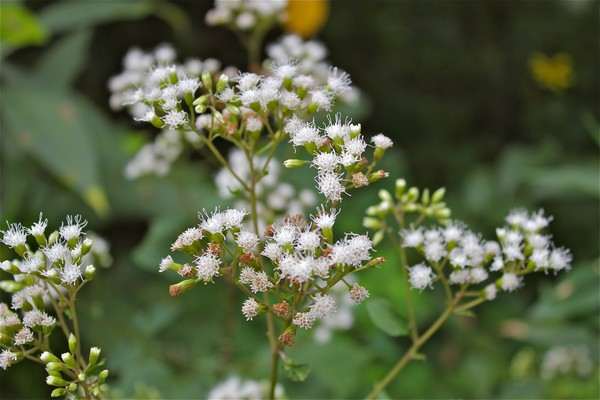 White snakeroot (Ageratina altissima) is commonly found in North America. It is believed that the poison from the plant caused the death of Abraham Lincoln‘s mother Nancy Hanks Lincoln. The poisonous nature of Snakeroot is attributed to the presence of the chemical named Tremetome. Violent vomiting and delirium occur in the poisoned person which can ultimately be fatal. Snakeroot was used as a cure for snake bites, from which its name originated. 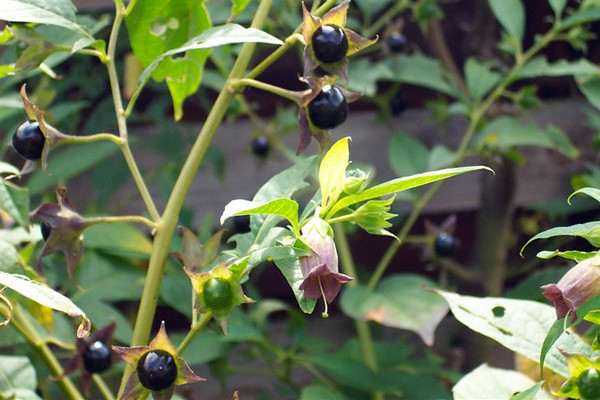 Deadly nightshade (Atropa belladonna) belongs to the same family of tomato and potato. Being one of the most poisonous plants, all parts of the plant particularly root and fruits are toxic. The major poisonous substances present in the plant are atropine, scopolamine and hyoscyamine. They harm the nervous system. It takes several days for the effects of poisoning to manifest. The common symptoms include dilated pupils, loud heart beats, blurred vision and delirium. Enough amount of poison can also lead to death. 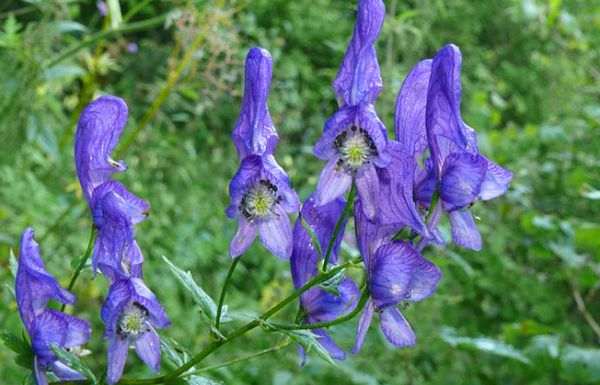 Also known in ominous names such as Wolfsbane and Devil’s Helmet, Aconite (Aconitum napellus) is often termed the ‘queen of poisons’. The poison aconitine is responsible for the toxicity of the plant which can harm an adult even with a touch. The effects of poisoning are instantaneous, ranging from diarrhea to respiratory problems which can result in death. It is mainly found in northern hemisphere. 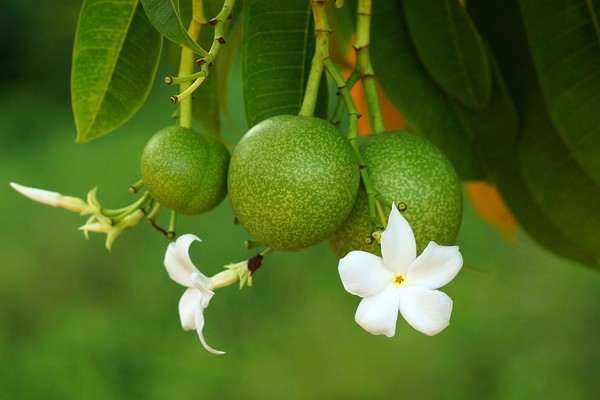 The Suicide Tree (Cerbera odollam) causes about fifty casualties per year in the Indian state of Kerala alone. It belongs to the same family of Oelander, and its seed contains a strong toxin named cerberin which disrupts the rhythm of heart. The plant is infamous for being used to commit suicide and murder than any other plant. One of the reasons for its wide use is that its taste can be masked using spicy food. The plant is common in South India. 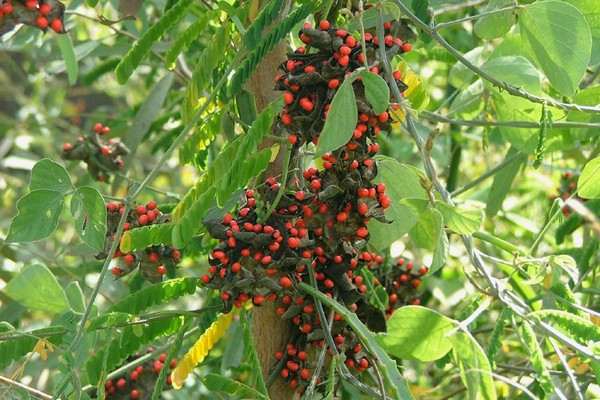 Known in various names that give little clue of its lethality, Rosary Pea (Abrus precatorius) contains one of the most dangerous poisons from plants, Abrin. It is similar to Ricin in most cases, but hundred times more potent. However, it is slow to act in the human body and if anti-venom is administered in time, the victim can be saved. The plant is native to Indonesia. 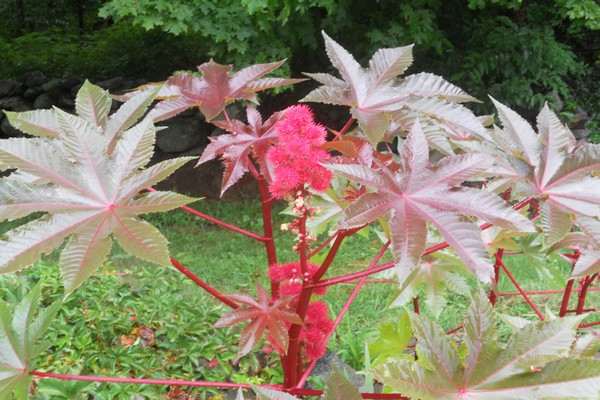 Castor Bean (Ricinus communis) is known for producing castor oil which is widely used in cuisine and medicines. Yet it also produces one of the most potent poisons from the world of plants. Ricin, found in the seeds of castor beans, is more dangerous than snake venom and cyanide but only if inhaled. Eating the seeds can also be mildly harmful. If poisoned, the person may experience vomiting and cramps. It ultimately leads to kidney failure and death.

10 Most Poisonous Plants on Earth