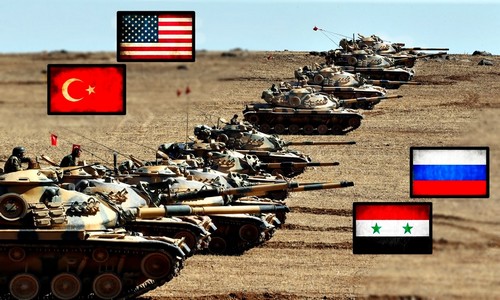 Could it be that the world has already plunged into a world war without the common masses not knowing it? Could it be that World War 3 and the destruction attached to it is imminent while the world watches and organizes fashion shows in countries that have been struck by the beginnings of a destructive war (Beirut in Lebanon)? While the models swing their flare dresses on the ramp- the powers prep themselves for destabilizing the world through lethal weapons, conspiracies that are too muddled up to be broken through and terrorism?

Could it be that the increasing hate crimes in the world; The most recent of it being the stabbing of a mosque goer in UK, the killing of Nabra in Virginia and the slamming of the van on people leaving the mosque- are a harbinger to greater unrest? As much as the thought of the world plunging into another war scares us, we have compiled a list of signs that prove that the Third World War has already begun and those in the denying phase are only doing so because they are afraid of what a full swing acknowledgement would bring. The world rejoices at sports especially baseball, football and cricket while we read this list that can give us goosebumps for sure.

See also; Things That Could Lead To Third World war.

Just like in the previous great wars, there are two power blocs challenging and facing each other. On one side is Russia and China with its allies supporting the Bashar al-Assad regime in Syria. While on the other side there is Turkey supporting the rebels and the U.S which in conspiracies is supporting everyone against the other but on the page, it is supporting the rebels too. Syria and Iraq have become proxy war zones for these two power blocs. Afghanistan has become a proxy war region for India and Pakistan where each is backed by another powerful country. In this way, every country gets dragged into the war. Those that don’t have the resources, fuel the war with men and conspiracies. 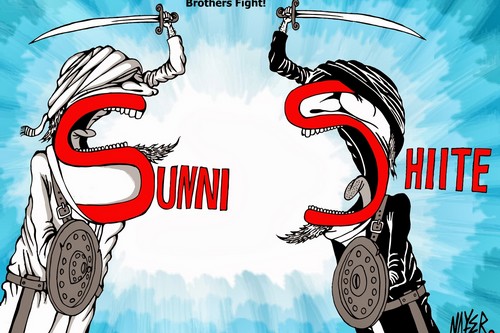 The Muslim world is split between Shias and Sunnis. The former is backed by Russia while the latter seeks support of the U.S. not to mention that both these powerful countries are also nuclear powers. The Shia forces are led by Iran while the Sunnis gather around Saudi Arabia. Those countries that want to remain neutral of the situation on the face of it for example Pakistan and Qatar face threat of economic boycotts and shutdowns thus making it imminent for them to rally with one side. The Middle East on the whole is resting on a bomb at the moment. 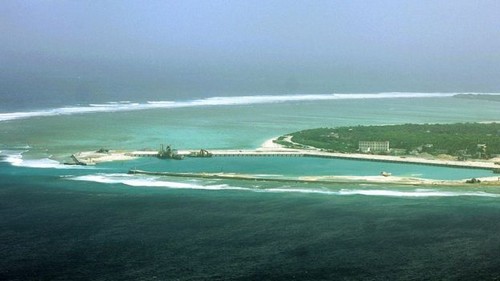 In Asia, China aggrieves smaller fast east countries like Brunei, Malaysia, Philippines and Japan- which are backed by the U.S- as it claims islands within the South China Sea. At stake are the gas and oil reserves  in the area as well as a safe passage for Chinese trading ships. China has yet to translate its economic power into political power but should it do that, will it be leading into an open confrontation with the U.S? There have been reports of U.S aircraft carriers and drones probing the waters around Chinese territory and the repercussions by far have not been warm, rather heated political exchange between the countries has taken place.

7. The marking of George W. Bush 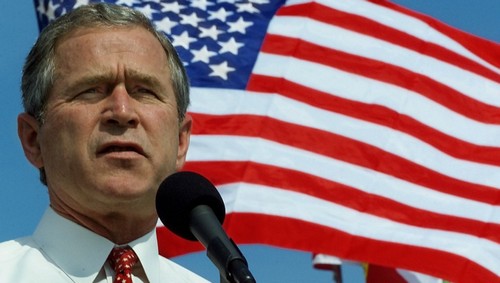 When the American army invaded Iraq in the beginning of the previous decade, the then POTUS himself said that it was the beginning of another great war. Many years later, historians might mark the beginning of WWIII from the invasion in 1990 or the one that George W. Bush referred to. Who knows?

6. ISIS and the intercontinental conflict 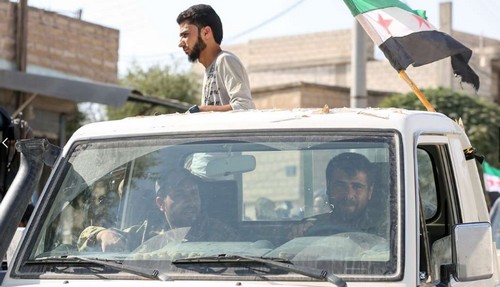 The world is now facing the threat of terrorism at the global level in the form of ISIS. So even if Russia and Turkey are against each other on the Syrian platform, they are both with each other in opposition to ISIS. It truly is a labyrinth of connections; Political, economical and faith-based. ISIS attacks any country, anywhere in the world so it is like the whole world against ISIS and the countries that support it. For ISIS and its allies, the goal is to destroy the enemy. For Nazis it was to destroy a part of humanity and as far as the allies are concerned, they wanted to sweep out the Nazi regime. Although enemies are not the only targets in battle, the logic behind the previous wars was the same. 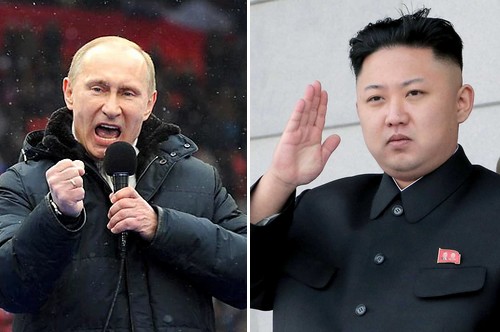 The world today is being ruled by a bunch of aggressive leaders. On one side we have the Twitter blaster, in the middle we have leaders that are least bothered by what their threatening neighbours are doing or saying. We have leaders that are ready to protect their economical growth and concerns at “any” cost and those that will defy all authorities to achieve their military ambitions. Great wars before the third had begun due to territorial claims and as Crimea hangs in the balance between Ukraine and Russia, the strained relations are not helpful when it comes to qualms of war. Likewise China claims South China Sea and Taiwan which adds to territorial hunger and resulting restlessness.

4. The spillover effects of the Arab Spring

The Arab Spring (now often referred to as the Arab Summer) left some countries structuring themselves towards democracy e.g. Tunisia, some towards military dictatorship like; Egypt and some in absolute turmoil like; Syria and Libya. No one knows when the situation in these countries will be controlled. No one is sure whether or not the conflict can spill into the neighbouring countries too. Pakistan e.g did see a trailer of the conflict in the form of terrorism pouring in from Afghanistan. 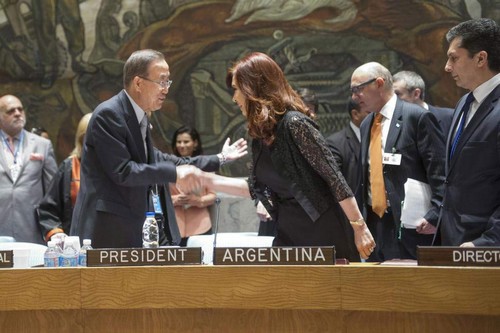 The Human Rights Commission of the UN is composed of China, Russia and Saudi Arabia which are the leaders of entropy today. Saudi Arabia leads the Muslim coalition against terrorism, China with its vigorous claims and economic ambitions leads us nowhere peaceful while Russia lurks in dark waters of the Middle East. Just like in 1940s when the League of Nations could not prevent the World War, the UN today seems helpless. 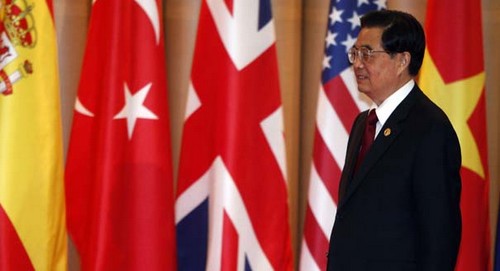 USSR could not keep up with Donald Reagan’s ambitions and eventually the world moved towards unipolarity with Uncle Sam becoming the hands on the marionette strings of the world. With increasing economic power of China and its growing technological ability, it could be facing USA in the eye within a couple of years. Could that lead to another Cold War? We just hope that multipolar acknowledgement would suffice with the label of Cold War. 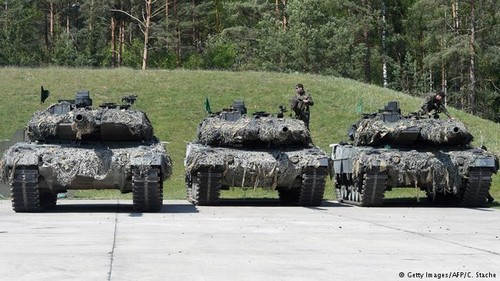 The arms and weapons industry is one of the biggest in the world with total trade exceeding 1 trillion USD every year.  Every year, the trade in weapons exceeds that of the previous year. Weapons are used for deterrence but they can eventually be used to the benefit of the arms dealers and manufacturers. Some theorists believe that weapons dealers and manufacturers are the key planners of wars, leading it to their benefit. Who knows? We can only wonder where they are going to spend their money if there is no world?

Dying doesn’t worry us because eventually we all have to die. What worries us what we are leaving behind for our next generations. How are we even going to face them? From destruction to Global Warming, is there any part of this Earth that man is not exploiting today? We doubt!