India is a country known for more bad than good. Known for poverty, crime and corruption among other things, India has slowly become more of a “must avoid” rather than a “must visit” country over the years. But it is not all bad in the 7th largest and 2nd most populated country in the world. Although movies and documentaries show India as a poor, desolate country riddled with beggars and disease, the newer generations are working hard to lift the veil of despair off their nation. Let us take a look at some little known facts about India that make it rare rather than bad.

10. The Country Is Very Young 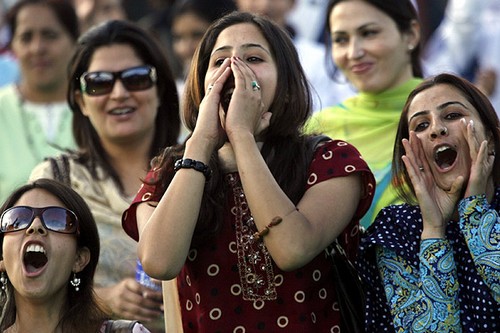 It is a fact that India is a very young and maturing country. In fact, in a population of over 1.2 billion, more than 50% are aged 25 years or less. On top of that two thirds of the nation is under 35 years of age. This means that slowly but surely the country is developing with greater strength in youth. Their ideas and decisions is what is changing the way people look at India today. Very rarely would foreign investors think of India as a haven to do business but it is all changing thanks to the youth. 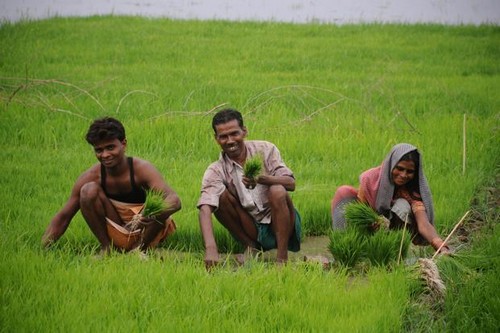 This might not sound like a good thing and it probably is not but the reason behind this should be understood before putting it down to “corruption”. India is a country that basically runs on its farming and cultivation and we all know that agriculture is exempt from taxation. Since more than 50% of Indians live in and around rural areas, their sole occupation is farming and agriculture. This means they do not have to pay tax. Another large area where taxation is extremely hard to practice is in India’s manual labor. It is very unorganized and this makes it difficult to keep a track of employees and their earnings. 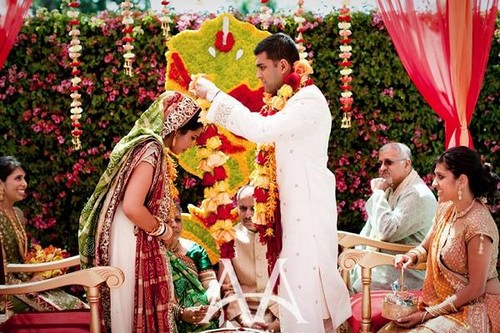 In a land where arranged marriage dominates, parents search for only the best for their daughters and will stop at nothing to get that. If you are driving down an Indian highway, you are sure to see billboards on the side of the road saying “Wedding Detective”. If you wonder what that is, do not over think it because it is exactly what you think it is. Many of these detective companies have sprung up across the country and provide detailed information about the groom to be and his past relationships (if any). These detectives actually get themselves involved with close friends and family of the groom through any means possible and try and withdraw information from them. If all is cleared, the couple is free to enter in matrimony. See Also; Top 10 Shocking Rituals in India. 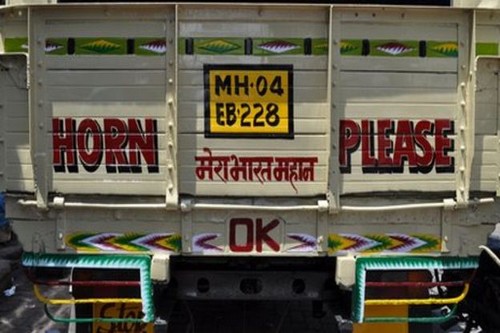 You can only imagine what the traffic scene is in a country that is the second most populous country in the world. Traffic jams are a regular in the country on every road, street and by-lane. Add that to the constant honking and you have yourself a sure shot migraine in a matter of minutes. India actually promotes honking as you will see behind all trucks and lorries. The words “Honk OK Please” are painted on so that vehicles overtaking from behind know they have to honk to alert the driver in front. Sadly, the drivers in India take that as a sign to keep their fingers on the horn continuously. Well, at least we know that there would be fewer accidents caused by overtaking. See Also; 10 Most Polluted Cities in The World. 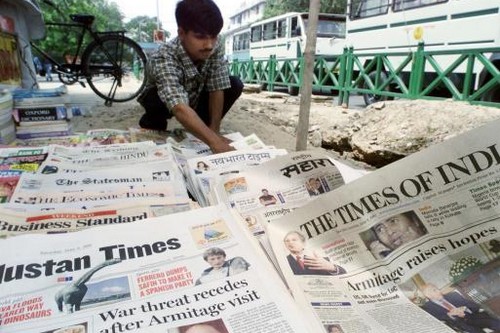 While most of the world is slowly getting rid of newspapers as they can get their news on their smartphones or tablets, India still believes the best way to get their daily dose of the happenings from around the world is to hold a newspaper and read it. The reason behind this is because the literacy rate has risen significantly but the rate of internet usage has decreased. Another reason is the number of languages that are spoken in the country. These newspapers print in all the various languages unlike online news where you could get the news in maybe 10 languages at max. Buying a newspaper in India is reasonably cheaper than using the internet as well. And the best thing about reading all these newspapers is that you can sell them back to a person for a price and they in turn sell them again. It’s a very different type of recycling. see Also; Top 10 Internet Hoaxes About India.

5. Obesity on the Rise 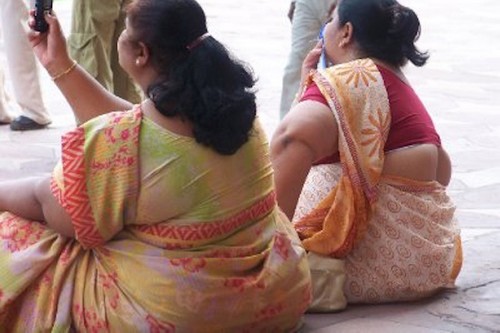 Not unlike the rest of the world, Indians are gradually starting to pack on the pounds and are inching their way to obesity (no pun intended). With the rise of fast food and packaged processed foods hitting the supermarkets, fresh food is being forgotten about. As people are putting a greater emphasis on work, they have no time to cook a meal and carry it to work. They would rather buy a cheap fast food meal from the roadside and head back to work. The funny thing is that this ground shaking (again, no pun intended) revelation is not only affecting humans, but animals too. The pets we keep at home are being fed with the same processed food and they are getting fatter by the meal. See Also. 10 Worst Effects of Fast Food. 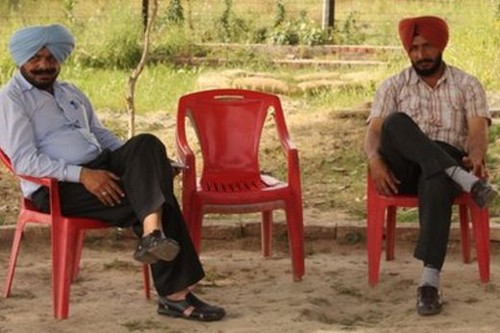 This is one thing that is constant in a country filled with ever changing traits. The plastic chair has become as common as the cow sitting in the middle of a traffic logged road. It can be found in every house, restaurant, hotel, school, hospital, office and so on and so forth. Although the design may vary (with and without handles), these chairs are located everywhere. Some people even remove the back rest and use the remaining chair as table. There is no stopping this chair from its uses and the Indians have come to love this strong and durable furniture. 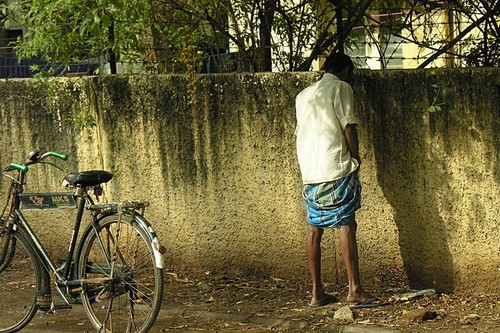 This is something that India does not take pride in although some Indians do. These two horrendous acts have set the bar really low for anti-India critiques. Spitting in India has become like a trend where people now feel it is their duty to spit on the roads and on building walls. It is the same wit peeing. It has become so bad that the government has started building public restrooms on the road for these perpetrators but that does not stop them. I remember seeing a man peeing just beside a restroom once and wondered why he couldn’t do the job inside. There is a funny one liner that says “In foreign countries, you can kiss on the road. In India, you can pee (a word that rhymes with kiss) on the road”. 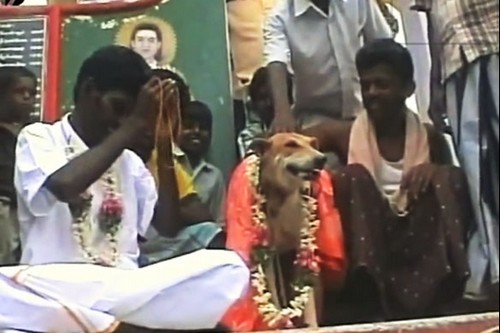 In a land of mythical creatures and wild imagination, superstitions are bound to follow. Indians are very superstitious about basically everything from crossing the road after a cat crosses to not wearing new clothes on a Saturday. Even accepting or giving something with the left hand is considered bad luck. These customs are followed rigidly by everyone; rich or poor. Placing a flower garland on a new motorbike or automobile is a must as they believe it should be blessed before they can use it. See also 10 Bizarre Traditions from Around the World.

1. Take it to The Streets 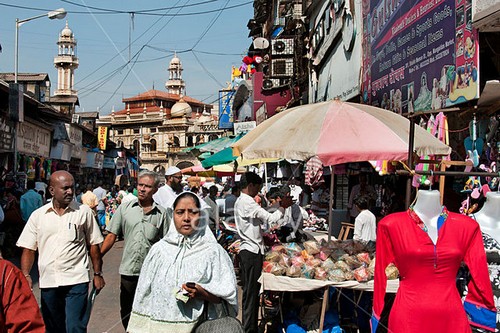 India is a country that likes to take things to a whole different level but this is insanely wonderful. The streets are actually where most Indians spend their time. Whether you want something to eat or need something fixed, you can be rest assured that you will find it on the street and for a poultry amount. From shoe repairs, fast food, ayurvedic doctors, bone “specialists”, ear and nose cleaners, hair dressers and a lot more can be found on the road. All you need to do is just look. see also Top 10 Lesser Known Street Food Cities.