Hollywood celebrities are the epitome of beauty, glamour and class. They are everything we ever dream to be. Having professional stylists choose outfits for you, getting hair and makeup done whenever you please, going on the stage in front of millions of people and what not. Deep down even if we don’t admit it we want to be like them.

These celebrities look amazing on screen and if we happen to by any chance see them in real life they look amazing off-screen too. These celebrities have to look after themselves and make sure that they stay young and fit because that is what their work is all about. Celebrities have the liberty of spending money to make themselves stay young and beautiful. They invest in all sorts of conventional and unconventional treatments as well which would delay the impending doom also known as aging because you’re not going to be casted in a ‘Notebook’ kind of movie if you look really old will you?

Celebrities indulge in many different treatments for different purposes. Some want to enhance their features such as getting a lip job, breast enhancements and butt implants. Others want to make their features look better such as getting nose jobs to straighten their nose. Well if you have the guts and the money then go for it! There is nothing wrong in going an extra mile to look beautiful. However celebrities tend to go a bit crazy when it comes to these surgeries and just don’t know when to stop. Let’s have a look at the 10 times Plastic Surgery Went Horribly Wrong for celebrities. 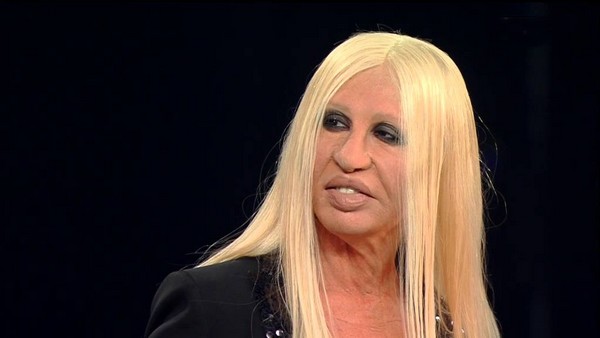 Well when you’re the vice president of one of the biggest fashion houses in the world you’re sure going to spend millions on yourself even it turns out to be a disaster.

Donatella Versace is known for having gone through many plastic surgeries and the most obvious ones are done to her nose and lips which look disfigured and swollen. Sometimes even money can’t help you. 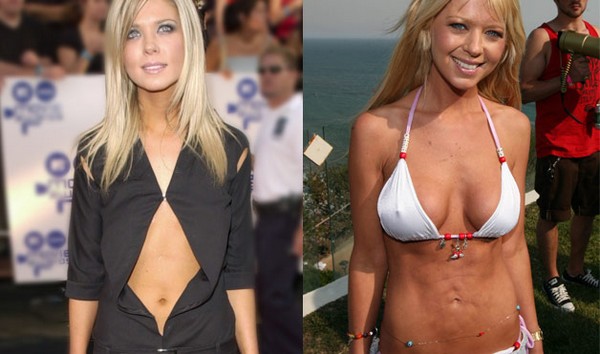 Tara Reid, a Hollywood actress known for her role in the American Pie takes the second place on our lsit today.

We all know about the contouring craze that has been going on these days. Instagram videos have gone viral showing girls contouring everything from their boobs, abs to even their legs!

Tara Reid however went one step ahead to get her body contoured through surgery which unfortunately went horribly wrong. Tara had breast implants done and had liposuction done. 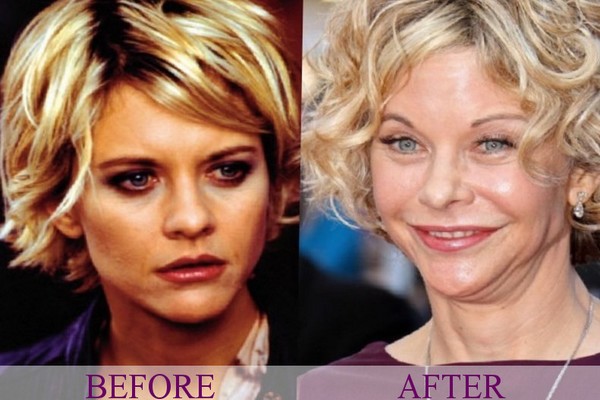 It is so sad when beautiful actresses who’re blessed with natural beauty succumb to the pressures of Hollywood and get surgeries done to their faces. Meg Ryan is one such example. The award winning actresses has one of the most beautiful faces In the industry but even that did not take away the insecurity if aging.

Meg went through a series of lip injections and Botox which ended up making her look fake and unnatural. Wish there was an undo button in life. 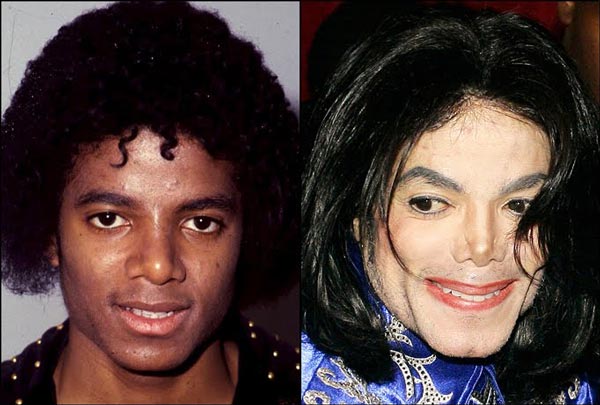 Well there’s no surprise there. The iconic singer had a rough childhood and was a part of controversies all his life. Michael Jackson went through plastic surgeries all his life and some quite serious and dangerous ones.

The most famous surgery he went through was the one where he got his body bleached to remove the black colour of his skin and became fair. He later on got nose jobs, Botox and countless other surgeries to the face.

The surgeries went quite wrong and Jackson looked nothing like his old self. However we care nothing about that. We will always love you Michael! 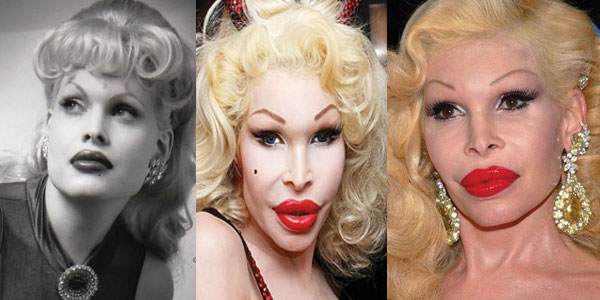 Lepore is one of the most famous transsexual celebrities in the world and is also equally famous for the countless surgeries she has undergone.

Amanda is known to have gotten breast implants, butt implants, nose and lip jobs and she even went as far as getting two of her ribs broken to get a smaller waist.

This just got a little weird don’t you think.. 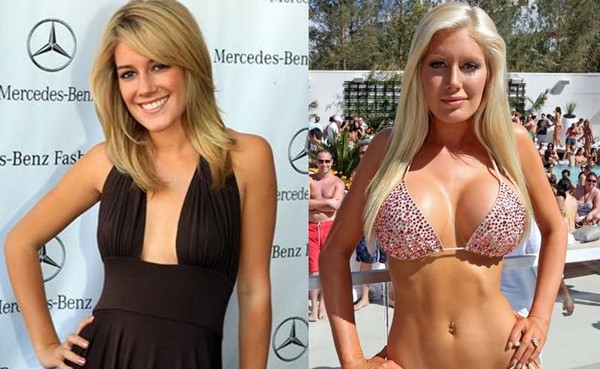 Heidi Montag is a famous singer and TV personality. However she’s quite famous for something else too. Heidi is known for the series of plastic surgeries she has gone through. And you would think that’s normal since all the people in this list have. But what you don’t know is Heidi went through 10 surgeries in just one day!

The singer / Tv personality is rumored to have gotten everything from breast implants to ears pinned back. 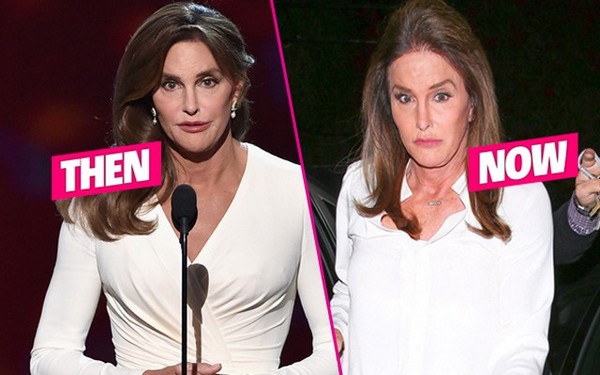 previously known as Bruce Jenner this celebrity is one of the most famous recent cases of having gone through many plastic surgeries. It isn’t much of a surprise since he’s the father of Kylie Jenner.
Caitlyn has gotten 6 procedures to her face and also a tracheal reduction. Wow that’s a first. 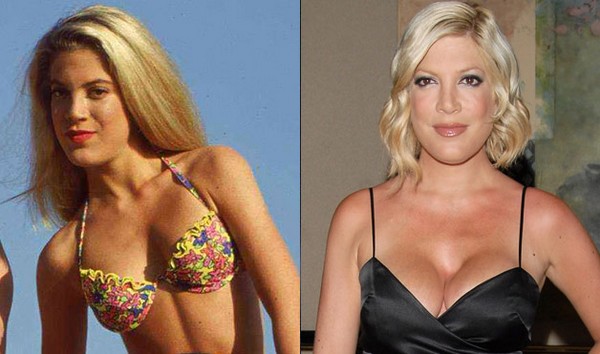 The actress famous for her role in Beverly Hills 90210 wasn’t happy with her breasts and decide to get implants done. However the end result was a disaster with weirdly breasts that had a weird gap between them and looked out of place. 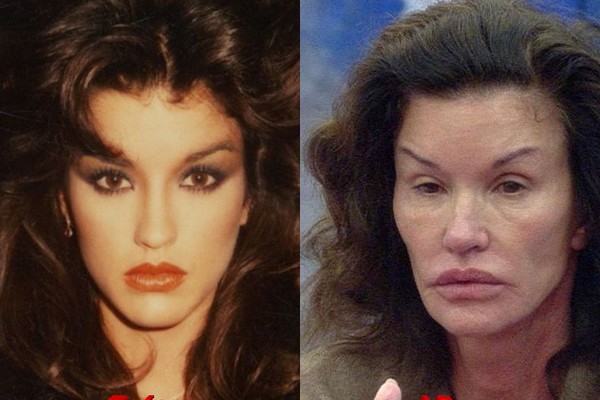 This American model has also had her fair share of plastic surgeries done. I fail to understand when models who’re already blessed with beauty want to get these procedures done. Well I’m not one to judge.

Janice has gotten everything done from breast enlargement, neck and face lifts and a lot more. 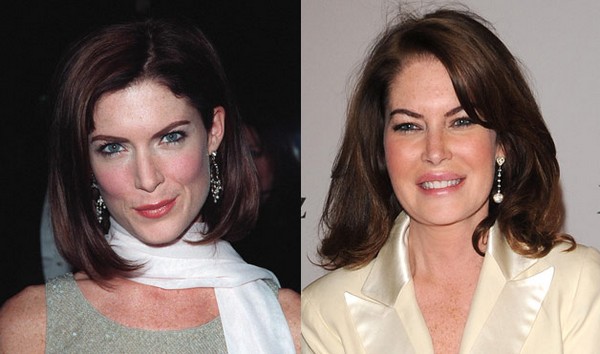 The last one our list is a complete shocker because the difference the surgeries caused. Boyle is a famous actress who was extremely beautiful. However her insecurities got the best of her and she went through various procedures. Lara looks nothing like her old self now and all the beauty has gone now.

Why do they not get that these surgeries end up making them look worse.