‘The Brights Movement’ came about in 2003 and was started by Paul Geisert and Mynga Futrell. The word ‘Bright’ refers to people who think that the world is natural. In other words, Brights believe that the world is free of supernatural or mystical elements. Brights include various types of people such as atheists, agnostics, freethinkers, materialists, rationalists, secular humanists and skeptics.

Geisert and Futrell emphasise that they cannot label other people and so it is up to the people themselves to identify as ‘Brights’. And when they do, they can let the duo know. Since 2006, people from 138 different countries have identified themselves as ‘Brights’.

On the other hand of Brights we have ‘Supers’. ‘Supers’ are people who believe that our world includes supernatural or mystical elements.

Interestingly enough, ‘The Brights Movement‘ is an international internet constituency as opposed to an actual movement. 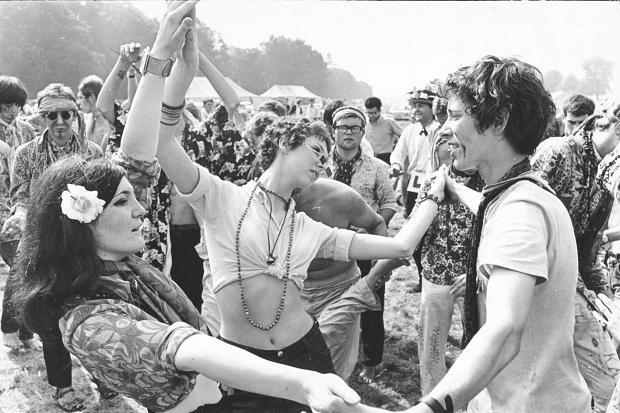 ‘The Free Love movement‘ has existed in many forms throughout the centuries. In the 19th century, for example, free love simply meant the ability to choose your lover and the ability to end a relationship or marriage if love failed.

Of course, nowadays when we think of free love we instantly think of the 1960s and 1970s – of hippies and comunes, drugs and sex without boundaries. It was then that free love became understood as sex with as many partners as one wished and no commitments whatsoever.

Perhaps the biggest event to contribute to this free love movement was the availability of the contraceptive pill which liberated women and for the first time, gave them a chance to enjoy sex without unintended consequences. 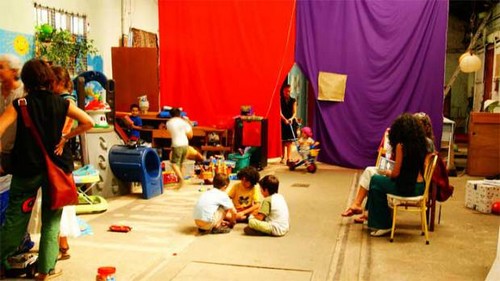 ‘The Squatter’s Movement’ consists of people living “above the grid”. They flee cities and set up their own communities in areas which are abandoned by mainstream population. They occupy abandoned buildings that they do not own or rent . Most “above the grid” communities provide for themselves by farming or by local trade. Some get their medicine or luxury goods from the grey market and rarely pay tariffs or taxes.

This movement is widespread all across the world. In America, it is thought to have begun after hurricane season of 2005 which displaced over a million people. 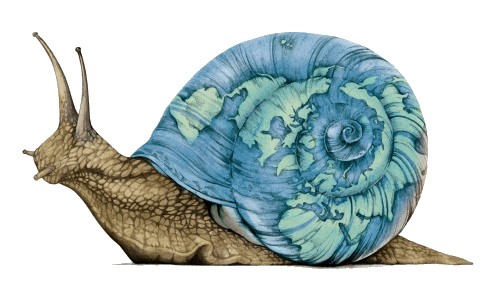 ‘The Slow Movement’ was created in response to our fast-paced and hectic everyday lives. It began alongside the ‘Slow Food’ movement which was established by Carlo Petrini in 1986 in Italy which promoted the use of fresh local food grown in a sustainable manner and consumed with friends and family. The Slow Movement is an extension of the Slow Food Movement and covers a wide spectre of human activity, such as slow relationships, slow exercise, slow hobbies, slow sex, slow travel and slow education among many others. However, it is worth noting that ‘slow’ doesn’t necessarily mean that things are done slower. It simply means that we must find the right speed for certain things in our lives. It encourages quantity over quality and long-term benefits over short-term benefits. 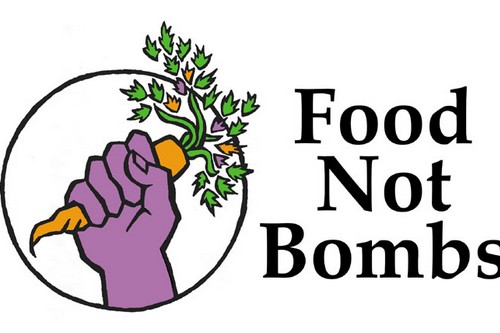 ‘Food Not Bombs’ is a volunteer organisation that strives for a non-violent social change. No leaders exist and thus everyone is encouraged to help and make decisions. The main activity of the group is to recover food that would otherwise be thrown out and prepare vegetarian or vegan meals out of it. The meals are then served to everyone with no restrictions whatsoever. The group also serves free meals at protests and other events and is often the first to offer food and supplies to people in disaster areas. 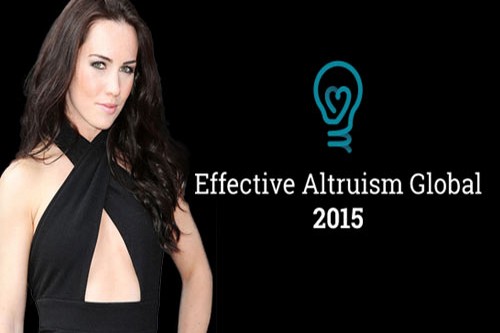 ‘Effective altruism’ is a movement that aims to maximise the good from a charitable donation. Two important questions – the how and the why – are asked.

The why is to make the world as good as it can be. Thus, instead of just donating money to any charitable cause, followers of the effective altruism will pursue activities that will put their money and time to the best possible use.

The how focuses on using good reasearch and evidence instead of simply going with the first idea that pops into your head.

It is from these two questions that the third and final question – the what – emerges. So at the moment, for example, followers of effective altruism focus on issues such as global poverty, factory farming and the long-term future of life on planet earth. However, if good evidence and arguments arise in favour of another issue or cause, followers of effective altruism will pursue that as well. 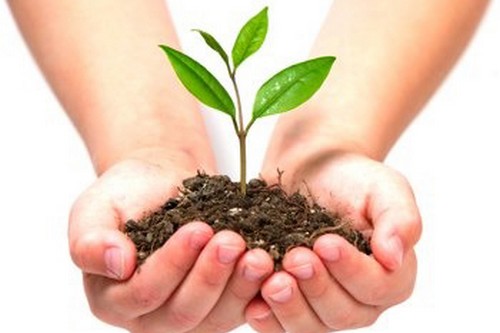 ‘Ecofeminism’, or ecological feminism, came about in the late 1970 and early 1980s and is a branch of feminism that studies the connection between nature and women. It is a combination of equality between genders and commitment to the environment. Ecofeminism emphasises the ways in which nature and women are treated by a male-dominated society.

The theologian Rosemary Ruether, one of the founders of Ecofeminism, emphasised the vital need for women to first of all end the domination of nature if they were to work towards their own liberation. 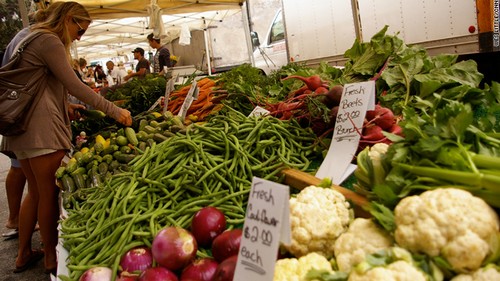 ‘Farm to table’ means that the food on your table comes directly from a local farm and does not go through a store or distributor along the way. This movement has gained huge popularity with restaurants as nowadays many of them establish a direct relationship with a specific farm and buy directly from it. This ensures the quality and freshness of the food and helps restaurants surprise their customers with specialty items which are grown locally.

Farm to table also refers to farmers markets where people can buy produce directly from growers and farmers themselves.

2. Health at Every Size 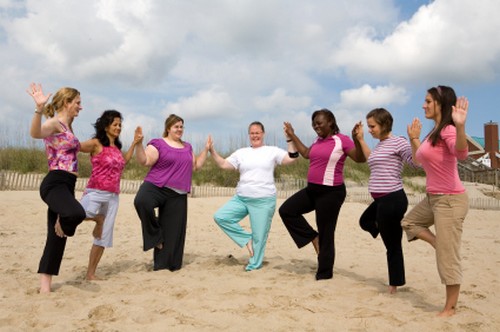 ‘Health at every size’ is a peace movement that recognizes that good health is best achieved independent from considerations of size. The movement supports people of all shapes and sizes and acknowledges the fact that some people may be ‘bigger’ than others for reasons other than disordered eating. Fatter people tend to be called unhealthy and ugly and this leads to futile dieting that further ruins eating habits and health. The movement promotes the idea of self-acceptance which leads to happiness and improved mental health. Participating in this movement is simple and consists of four easy steps. First and foremost, you must accept your size. Secondly, you must trust yourself and your body. This means acknowledging your bodies signals of hunger, fullness and appetite. Thirdly, you have to adopt healthy lifestyle habits such as exercise and healthier food options. And finally, you must embrace size diversity. 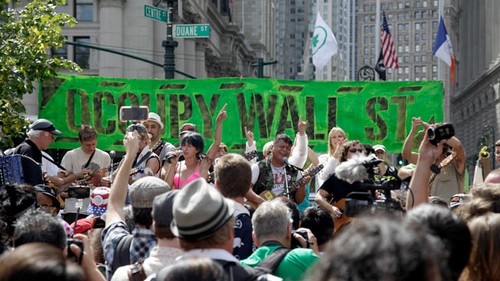 ‘Occupy Wall Street‘ movement began in 2011 in Liberty Square in Manhattan’s Financial District. It was an attempt to fight back against the destroying power of banks and multinational corporations. The main aim of this movement is to fight against economic inequality, greed and corruption. In America, there is a large gulf of inequality between the wealthiest 1% and the rest of the population.

The movement took inspiration from uprisings in Egypt and Tunisia. Since 2011, ‘Occupy Wall Street’ has grown dramatically and has spread not only in America but also globally.