Star rating is a method used to measure hotel quality in almost every corner of the world, but the truth is that not many people know how it works. Actually, most people get surprised when they hear the fact that there are only 154 5-star hotels on the planet.

Of course, there may be different standards across the world, but the most respected is the one set by the Forbes Travel Guide, a publication known in the past as the Mobil Travel Guide. According to Forbes, 5-star hotels need to satisfy a number of conditions, including room amenities, customer service and tidiness. At the moment, not many hotels fulfill all the requirements.

It is estimated that there are nearly half a million hotels, B&B’s & hostels in the world. Only a tiny, tiny percentage of those deserves to get all 5 stars. Right now, there are just over 150 hotels that proudly carry the 5 stars given by Forbes. Nearly half of those are located in the United States, so if you’re an American whose dream has been to stay at a 5-star hotel, you have a nice opportunity to scratch that item off your bucket list!

Staying at a 5-star hotel can be a luxury that you can actually afford. The trick is knowing how to find 5-star hotels that won’t get you bankrupt. With that in mind, I’ve decided to make a list with 15 5-star hotels in the USA, which charge less than $500 per night for two! Bear in mind that 500 bucks is a bargain, knowing that luxurious hotels like President Wilson Hotel in Geneva charge as much as $60,000 a night! 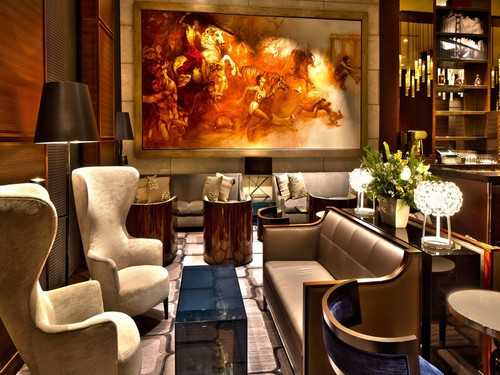 San Francisco is arguably one of the most charming cities in California. You can make your SF visit an even more memorable experience by staying at one of the city’s two 5-star hotels (the one being Four Seasons San Francisco).

If you decide on staying at St. Regis, you will have to splash out about $475 for two per night, but that seems more than fair, considering the level of luxury you will get in return. Apart from the amazing city view provided by every room in the high-rise hotel building, you will also get to use the services of St. Regis Butler! 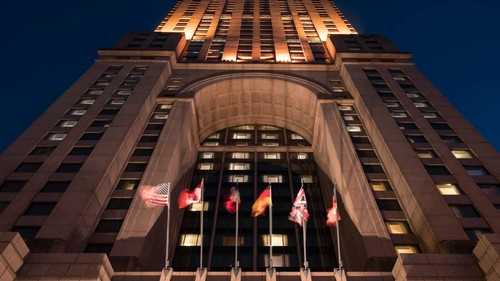 Some consider Atlanta to be the culture capital of the American South. One of the buildings that prove that claim is the Four Seasons Hotel. Situated in a downtown building, the luxury hotel is one of the best places you can stay at in the whole of the USA, considering the service it offers. On top of that, staying at Four Seasons guarantees you will get a breathtaking view of almost half of Atlanta, as this is one of the tallest buildings in the city. 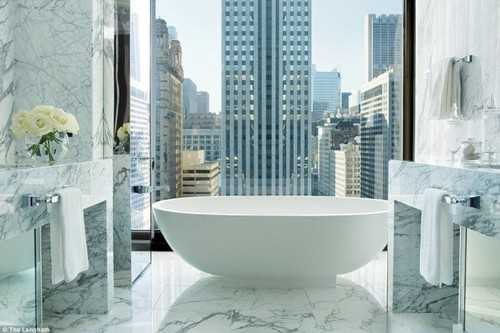 It all started almost 150 years ago when the first Langham hotel was established in the United Kingdom. The latest addition to the Langham family is the Chicago Hotel, which got its 5th star from Forbes in 2016. It seems that the hotel management will do all they can to keep it. That means that you can expect to get treated like a royal!

According to those who stayed at the Langham, the best thing is not the city view, but the impeccable service this hotel offers. You can book a room for two for $468 a night, but according to TripAdvisor, sometimes the prices are much lower. 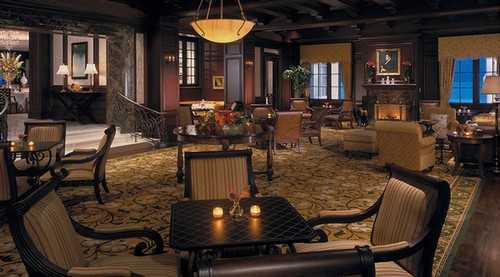 We again travel to the South to check another 5-star establishment. This time, it’s the Sanctuary, a luxury gold resort overlooking the Atlantic. The view of the ocean might seem wonderful, but you won’t even notice it from all the luxurious amenities inside the hotel premise.

What makes the Sanctuary special is that it makes everyone feel special. Whether you need a hotel to hold a business conference or a resort to spend time with your family, The Sanctuary is the right choice. Of course, we must not forget golf-lovers, who have acres of the finest scenery at their disposal! 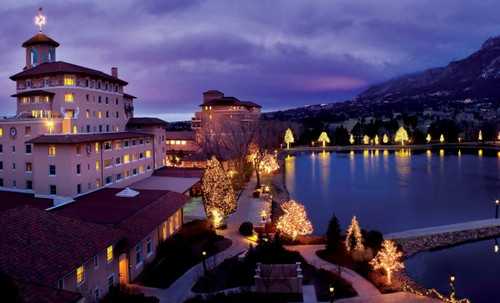 Although it’s the magnificent landscape that brings tourists to Colorado (and legalized weed), they wouldn’t be coming back if the accommodation hasn’t been satisfactory. Actually, the accommodation in this state is among the best, not just in America, but the whole world. There are a number of luxury resorts in Colorado, one of which is the Broadmoor in Colorado Springs.

Even if the hotel wasn’t set in a rustic century-old building with all the amenities a 5-star establishment needs to have, people would still come to this place. Why? Because the nature here is simply astounding! With high mountains surrounding the resort and the Cheyenne Lake nearby, the Broadmoor is a place that you just can’t grow tired of. There’s also a prestigious golf course in the resort, as well as a hockey arena. 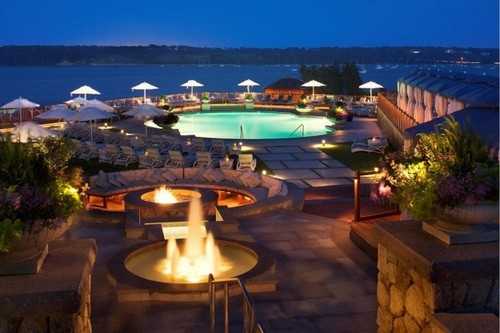 It seems that golf fans got nothing to worry about luxury accommodation, as here’s another golf resort on the list. Wequassett is a 5-star resort and a golf club located in East Harwich, a seaside village some 70 miles away from Boston. Bostonians can get there in about hour and a half, but it’s definitely worth it. Wequassett is one of the finest resorts in the world, with exquisite service, two top-class restaurants and a countless number of ways to have fun. The hotel features a 18-hole golf court, two swimming pools, a tennis court, as well as two private beaches! 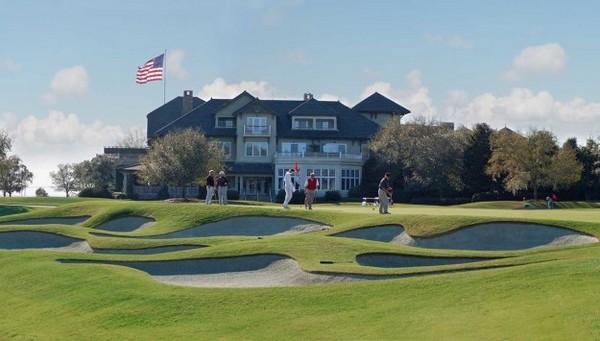 The Lodge is probably the cheapest 5-star golf resort in the United States. The fact that it’s affordable doesn’t mean it’s lacking luxury. On the contrary, the Lodge might be even more luxurious than most of the hotels on this list. The only problem with it is that booking a room is not an easy thing to do. In fact, the hotel management does their best to keep the resort exclusive, which is why the club members have a priority. If you manage to get a booking, you will need to pay approximately $428 a night!

If you like meeting celebs, the Little Nell should be your next destination! This is the place where Jay Z and Beyonce like spending the winter holidays. Justin Bieber and a number of his fellow celebrities were also spotted at this ski resort over the years. Obviously, they come here for a reason – the level of luxury the Little Nell Provides! 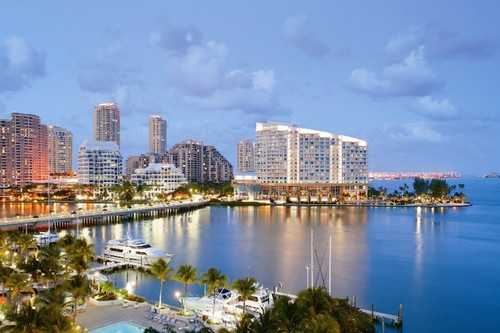 As the name of this 5-star hotel suggests, Mandarin Oriental will show you what people from the East consider to be luxury. The hotel has an amazing view of the ocean, as well as a large private beach, making it ideal for a summer vacation. The good news is that the summer lasts long in Florida, so you won’t have too much troubles finding a room. Speaking of which, a room for two costs $399, which is the same amount you need to pay for a shot of 1998 Hennessy Timeless Cognac at Mandarin Oriental’s Azul restaurant! 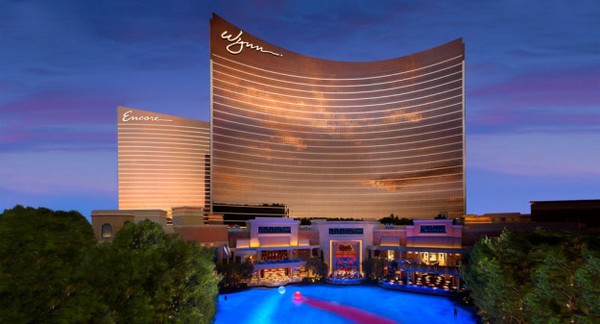 And finally the city you’ve probably expected to see on the list – Las Vegas. The twin hotels are among the most iconic buildings in the Sin City, which has a total of five hotels with 5 stars. Apart from these two, there’s the Mandarin, which is also fairly affordable, and Skylofts @ MGM Grand, for which you would need to hit a jackpot at the casino as a night costs $10,000.

When it comes to Wynn and Encore, many consider them to be synonymous with 5-star hotels. These hotels have everything you can wish for in order to have a good time. You can visit a car dealership that sells luxury Ferraris, attend Monty Python’s Spamalot musical, or party at one of the poolside clubs.

As soon as it was built, Belmond El Encanto became a popular gathering spot for many celebrities from the Golden Era of Hollywood, including Clark Gable and Hedy Lamarr. The reasons why they loved it are numerous, starting with the amazing sea view and the landscape surrounding the hotel. These days, Belmond El Encanto is famous for its restaurant and luxurious hotel rooms, which is why many couples pick it for the wedding ceremony. 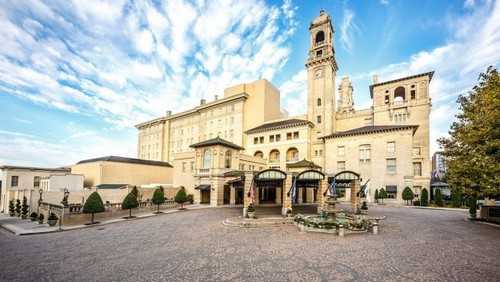 First opened in the late 19th century, the Jefferson is one of the first hotels to be awarded with Mobil Five Stars. There are so many anecdotes about this hotel, which was a favorite place of a number of important historical figures, including some US Presidents, notably Theodore Roosevelt, Woodrow Wilson and FDR. 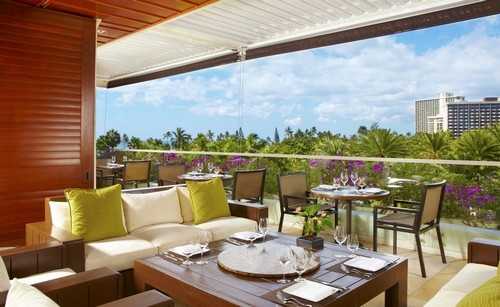 Speaking of US Presidents, here’s one owned by the President. The Trump International Hotel in Waikiki seems as a kind of luxury every person deserves to experience, at least once in their lifetime. Spending a night at this 5-star hotel cost about $356, but during the off-season, the rates go down! The good news is that in Hawaii, the weather is nice almost all the time! 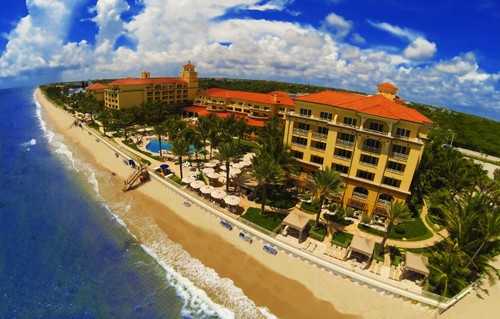 Probably the cheapest beach resort with 5 stars in the whole of the United States, Eau Palm Beach will spoil you with the amazing service and luxury room amenities. Even when you get out of the hotel, you will still get that VIP feeling as the private beach is simply stunning with its white sand. The only problem with it is that you probably won’t be able to find a room during the season, at least not for $322. 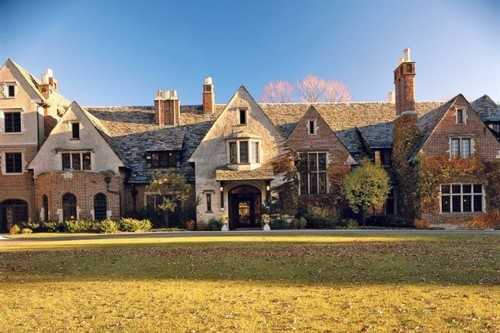 The American Club is the cheapest 5-star hotel in the United States, regardless of the time of year! You need to pay $238 for a double-bed room, which is more affordable that the rates of many 4-star hotels. In fact, for that kind of money you can’t even get a dinner in some hotels, nonetheless a room. The best thing is that for the money you pay, the American Club will provide you not only with the luxury lodging, but also a number of features that will make your stay pleasant. Those include a spa, a bowling alley, fitness & yoga center, etc.