From coffee or tea to fruit juices to alcoholic drinks: everyone loves a beverage to start the day or wash down their food with. Be it the taste or the depth of flavour, drinks and beverages are always a part of fine dining, a good party, a healthy breakfast, or just a relaxing hang-out with friends and family. Many incredible drinks have been developed over centuries. Some are simple and delicious, like the juices of fruits or vegetables directly extracted from natural produce. Some require simple preparations, like the roasting and preparing of coffee beans and following recipes to make a variety of hot and cold beverages. Some require much more complex processes of fermentation and storage, like wine, which may take decades to turn into a refined drink. Drinks have been a part of different cultures. There are some drinks which are quite bizarre, particularly because of ingredients used. Let us look at the Most Bizarre Drinks Developed from Natural Ingredients. 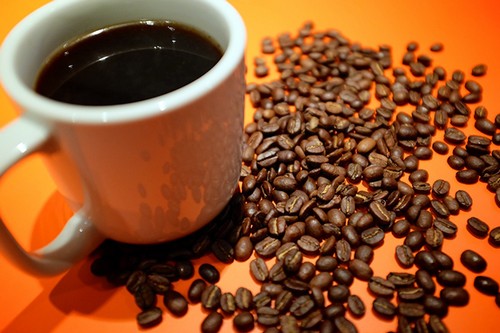 To shake you awake to what awaits you in this list, let’s start with a cup of the most expensive coffee in the world, one which is preparation process is quite similar to the regular method of coffee-making, i.e. seeds of the coffee berry are brewed to make this beverage, except there is a slight twist. The beans have to pass through the digestive tract of the Palm covet where the seeds are fermented naturally, improving the flavour profile of the seeds. Defecated beans are collected for the drink. It is produced in the islands of the Indonesian Archipelago, Philippines and East Timor. 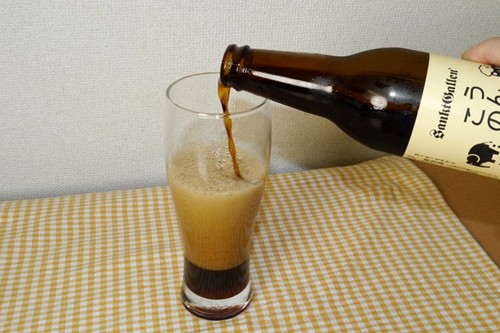 While we are on the subject of coffee beans passing through the insides of an animal, let’s talk about this drink which is a very delightful Elephant Dung Beer. Sankt Gallen, a Japanese brewery, decided to add a new item to their production list on April Fool’s Day in 2013. The beer, with a smooth earthy taste as a result of the proteins in the beans broken down inside the elephant’s digestive tract, sold within minutes, but, was only a specialty which is not available anymore. In 2012, the world also tasted a very expensive coffee made from beans fished out of elephant faeces, too. 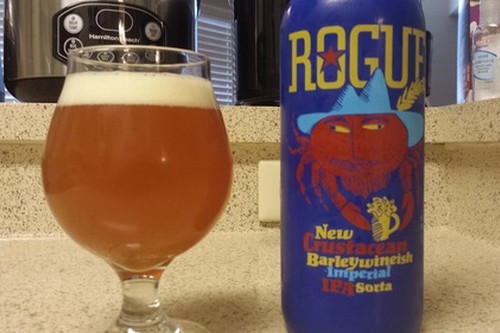 Oregons’s Rogue Ales brewery thought calling their beer new Beard Beer might gross out customers, so they decided to go with this name. What is the Beard Beer, really? Just like elephant poop beer doesn’t contain poop, neither does this contain beard. Instead, it contains the yeasts that the owner, John Maier, himself harvests, in his beard that is unshaven since 1978. It started as a joke, when the team was looking for a new source of yeast, and found the yeast perfect for fermenting beer in his follicles. Maier’s excuse for not getting grossed out by the idea? Yeast is everywhere.

The South-eastern Asians did it again, as China created a fancy drink out called the Bird’s Nest Soda. Unlike the soup delicacy which contains the actual whole nest, this one uses the saliva and vomit of the cave-dwelling birds which they use to attach their nests to the walls of the cave. This slimy substance is extracted to create this snotty fizzy drink. There is a cheaper version of it available all throughout Asia which just contains the flavour, while the real drink is a refreshing soda which, reportedly, quite expensive. The horse-urine green shade doesn’t help much in making the drink more appealing. 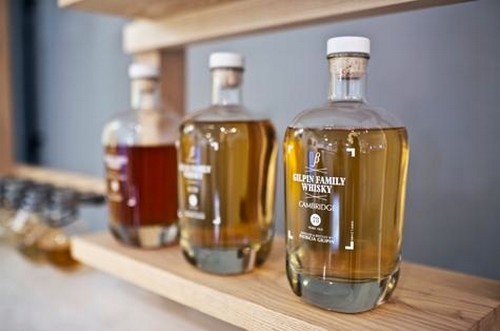 James Gilpin, a researcher and graduate from Design Interactions in London, redefined beer brewery when he decided to launch Gilpin Family Whisky, a high-end single malt whisky available for export. What’s the catch? The whiskey is made from the urine of elderly diabetics. The sugar-rich urine of diabetic volunteers is purified like water, to remove the sugar molecules which are added to the mash stock for the acceleration of the fermentation process of the whisky. Whiskey blends are added to the resulting clear alcohol, and bottled with the name and age of the volunteer. 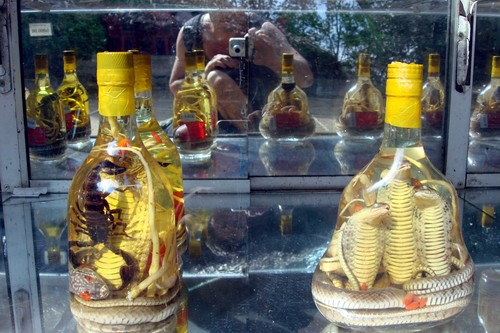 Remember how we were talking about drinks that didn’t contain the products that are part of their names? Well, this isn’t similar. The steeped variety of this rare drink is made by infusing whole snake or black scorpion in rice wine or grain alcohol and months of fermentation cancels the protein-based venoms of the animals soaking in the beverage. But the mixed variation uses fresh blood and/or bile instead. It is considered to bear health benefits, and has been in vogue in Traditional Chinese medicine. It can be found in China, Vietnam, and Southeast Asia, and can be ordered online. 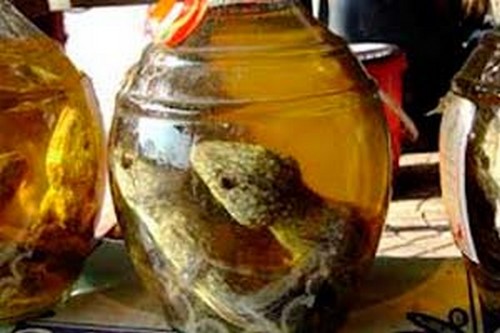 Someone once said, less is more. But the Chinese and Vietnamese said, the more, the merrier, and made this drink with not one, not two, but three lizards. You can make it, too. You just need three lizards – geckos, preferably – and stuff them inside a bottle of rice liquor. Shut it tight. Just remember: the lizards must be live. Geckos are believed to have heat energy which is good for the health, and hence, the drink has medicinal properties. For the proper alchemy to take place, use 75 proof alcohol and at least two lizards. The drink will possibly prevent you from evil spirits, too. 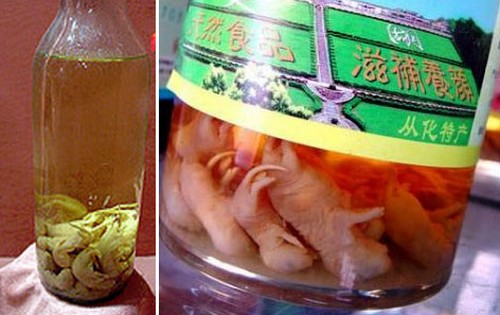 The Chinese probably realized that lizards are hard to come by, and so they decided to go with mice, and just to be extra sure, they chose baby mice, and the Koreans joined in. Or something like that: we aren’t sure of the history involved here, and a little too irked by the mental images being formed. Imagine the tiny, hairless infant mice being drowned alive in rice moonshine, and allowed to ferment for about a year. This is just making us sad. Heads up, in case you are the heartless person who still wants to taste it: the mouse wine, considered a health drink, reportedly tastes like raw gasoline. 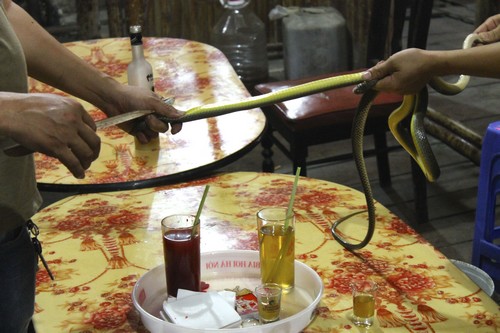 This is a medicinal drink. You have to remember, because perhaps that is the only way you can down it. A man in Central Jakarta who calls himself the Cobra Man specializes in alternative medicine, particularly in blood and bile uses. Cutting the cobra’s head, he drains the blood into a glass of arrack, and adds the bile. This is served as the medicine for problems in the respiratory system, skin, digestive system, etc. Men who want improved stamina and sex life have to man up and drink their elixir straight from the snake. Remember: some people think blood pudding is a delicacy. 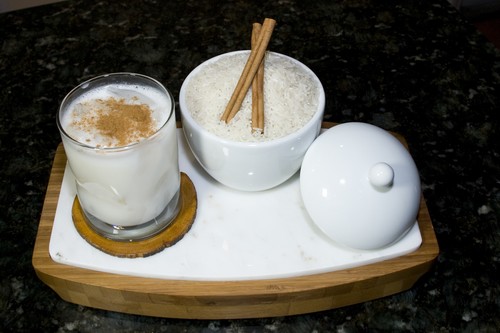 Chicha is a corn beer, usually derived from maize, and is enjoyed in fermented as well as non-fermented forms in South and Central America. The general process of preparation is similar to that of other beers, but one variant, the Chicha de Muko, uses a pre-modern procedure. In some cultures, ground maize is chewed by the maker into tiny balls, which are flattened, and the enzymes of the maker’s saliva helps in the breakdown of the maize starch. In Amazonia, Cassava root pieces are chewed by the maker. The resulting juice is spat into a container and left to ferment. 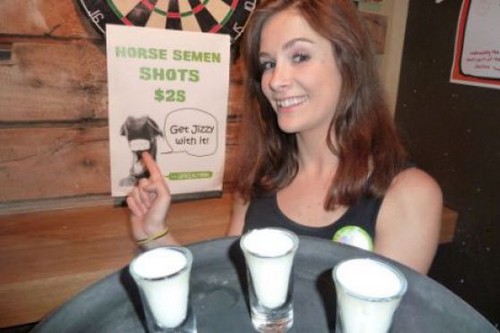 Green Man Pub in New Zealand has taken the bestial adult movies to a whole new level by offering Horse Semen Shots at different wild food challenges and festivals. The shots are infused with flavours of apple, cherry, licorice or even banofee pie. This drink has been in particular demand among women. Very few men have been brave enough to try it, and have reported that it is not too gross to taste. However, none of them ever show the interest to down shots with sticky horse semen more than once. This drink is not to be confused with Horse Jizz, which is a cocktail of milk and beer. 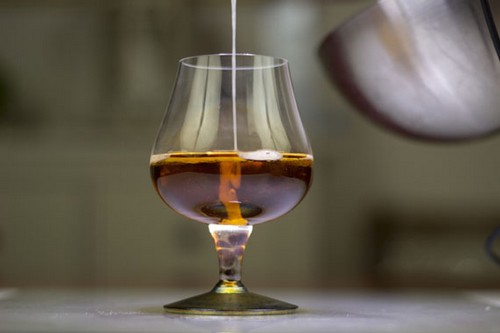 Google the term and you will get plenty of graphically described sexual acts that involve a mix of tequila shot mixed in a woman’s mouth, already filled with semen. Paul Fotie Photenhauer, writer of Semenology, offers recipes made with the semen of human males – in a glass, that is. His logic? If we eat eggs which is chicken menstruation, and milk, which is animal secretion, this fresh produce from a known producer should not be stigmatized. Ingredients in each cocktail are selected based on the lifestyle and the possible taste of the donor. There’s always the chance of STIs, though. 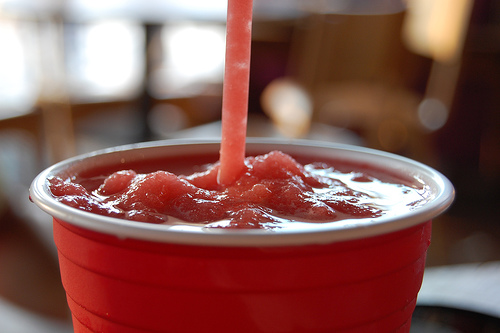 Placenta is a flattened circular organ, about the size of a medium sized pizza in case of humans, which nourishes the foetus. Placentophagy is consuming placenta after baby’s birth for health benefits, practiced especially in the US and Mexico. Just so you’re clear on the idea: the mother takes her own placenta. Dehydrated or cooked form is eaten with food. It is also consumed, raw, in cocktails or smoothies, where placental flesh is added. You might need a generous drizzle of alcohol to strengthen your nerve for this. It makes us rethink the truth behind Bloody Mary’s name. 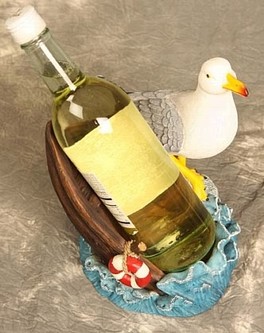 This is another alcoholic drink that is simple enough to make at home. Whether you want to after reading about it is totally up to you. Popular in the Arctic Circle where the Inuits didn’t have the luxury of using finer fermenting processes, they made this crude alcohol. You need a dead seagull to stuff inside a bottle and pour water on it. Leave it in the sun, and let the nature do its thing, in order to carry out the process of fermentation and create the delightfully simple and rustic drink. Simple, isn’t it? Hopefully, it will be strong enough to make you forget what you will have drunk. 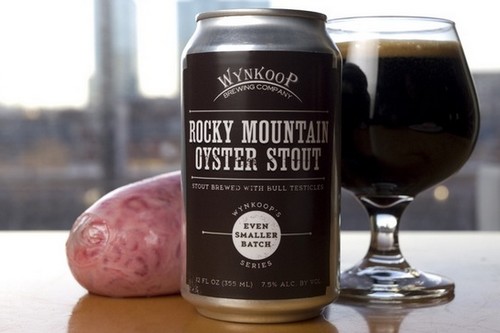 Rocky Mountain Oysters, a dish of fried bull testicles, is a popular dish in Colorado, where a local brewery, Wynkoop Brewing Company, began an April Fool’s joke, by promoting bull testicle-flavoured beer in a spoof video. But, on receiving a huge response, they finally decided to create what is now a local favourite. Sliced pieces of deep-fried bull testicles are added to 7 specialty malts, local malts, roasted barley, Styrian Goldings hops and sea salt, to create a slightly viscous beer with depths of flavour and finish. Do not confuse it with the cocktail called Prairie Oyster.

There are other lovely drinks, like the Giant Centipede Whisky with a centipede soaking inside, the Three Penis Liquor containing penises of seal, deer and Cantonese dog, the Mezcal which contains moth larvae, Mekong River Eel Wine containing just what the name contains, etc. If you have been put off by the ingredients of these drinks, you might as well think of trying some of the most bizarre cocktails. You can even taste the odd foods of the world to go with these, and complete the last meal of your life, after which you will possibly have experienced everything. And just so you know, BrewDog in the UK has created the most expensive beer, with 55% alcohol content, which they serve in bottles stuffed inside a dead animal’s body, including stoats, squirrels and rabbits. Hey, at least it isn’t blood out of the cobra’s heart.