Dreams are commonly disregarded as the brain’s attempt to sift through the activities of the sleeping person’s day and try to make sense of them. They can also be the product of fear and come to us in the form of nightmares. Repetitive dreams often occur when we mull over a problem we have not yet solved, or to force us to confront fears we would rather not address. The nature of dreams is not entirely understood, however, as we have barely begun to tap into the vastness of the human mind.

Surprisingly often dreams have been the seat of inspiration for some of the world’s greatest ideas and inventions. Here are top 10 famous inventions inspired by dreams – The 10 famous things you won’t believe were invented in dreams. 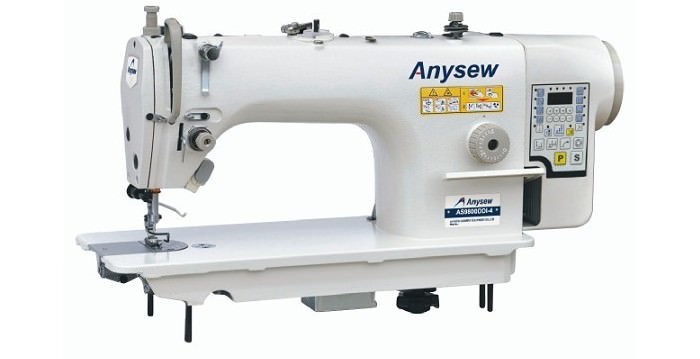 The 19th century American engineer, Elias Howe, got his idea for the world’s first automatic sewing machine from a dream. He had been trying to design a lock-stitch machine and his attempts had been unsuccessful. Perplexed about why this was so, he went to sleep troubled and had a nightmare about being attacked by tribal men with spears. As each spear was thrown at him, he noticed they had eye shaped holes in the tip. He realized his error. He had placed the hole in the middle of the automatic needle. Also, he changed the design to mirror that of his dream and placed the hole at the tip instead.

He patented his design for the lock-stitch sewing machine on the 10th September 1846, two years after his dream.

The design enabled clothes to be produced at greater quantity and brought down the cost. Mass production meant that for the first time, some working class people could afford to buy new clothing, rather than looking in the second-hand markets. It paved the way to the ‘high street store’ experience and changed the way we live.

9. The Benzene Ring – a Component of Gasoline 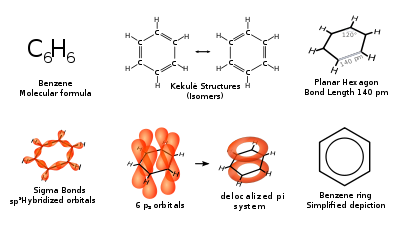 Friedrich August Kekule, a German chemist, is responsible for the discovery of the Benzene ring. It is a chemical structure that is used in the preservation of gasoline and is vital to the petrochemical industry.

Friedrich was writing a chemical textbook but to his frustration it wasn’t going well. He had a dream in which he saw atoms turning in a snake-like fashion. One of the atoms then grabbed its ‘tail’ and spun around. When he woke up, he wrote down his theory of the Benzene ring. Benzene was used first as an industrial solvent and de-greaser, followed by an ‘anti-knock’ solution in fuel (prior to the 1920’s, gasoline would often prematurely combust). Its addition to fuel made driving safer and led to the widespread use of the car. In many rural areas today it is impossible to get around unless you have a car and whole cities are built around motor infrastructure. Some places don’t even have a side-walk, making the car essential for getting from A to B.

Benzene is still a component of gasoline, although the Environmental Protection Agency have limited its concentration in fuel due to its unfortunate ability to induce leukemia. 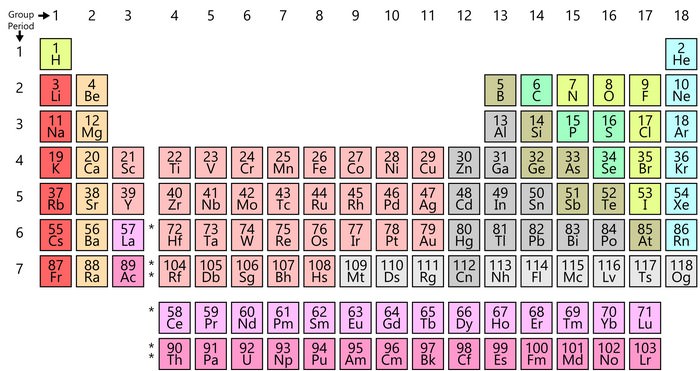 Remember the periodic table we were all bored with in chemistry class at school? It was devised by Dimitri Mendeleev, a Russian chemist, who reportedly obtained the idea for the table from a dream. He had been writing a text and attempting to classify all the elements, but was struggling to do so. After three days and nights working at his desk with no sleep, he gave up and allowed himself to rest. As soon as he slumbered, the answers became clear. He was quoted as saying

I saw in a dream, a table where all elements fell into place as required. Awakening, I immediately wrote it down on a piece of paper, only in one place did a correction later seem necessary.

This fascinating quote about dreaming has been written about in two 1960’s psychology books and is referred to in science lessons today.

The author Jack Kerouac wrote his novel, ‘Book of Dreams’ entirely from his own dreams. When semi-waking, he would begin scribbling down his thoughts and visions, hardly aware of what he was doing, in a trace like state. The characters he dreamed up at night were used in many of his other novels. Book of Dreams is the only novel comprised entirely of dreams.

Sigmund Freud, a Jewish psychologist, founded psychoanalysis after studying his own dreams and day-dreams. He found he could tap into his deepest, often unconscious thoughts by paying attention to dreams or to images conjured up while in a relaxed state. He would lie down and relax, letting any thought or picture come into his mind and then write it down afterwards in order to explore his true motives or wishes. His book, The Interpretation of Dreams, published in 1899, brought him international acclaim. It was the first time a scientific principle had been applied to the subject of dreaming.

When Lorenzo Odone was diagnosed with Adrenoleucodystrophy (ALD), doctors told his devastated parents he would be unlikely to see his 10th birthday. ALD is caused by an abnormal build-up of long chain fatty acids in the blood. It results in demyelination and leads to cognitive decline, blindness, deafness, loss of speech and eventual paralysis. Once symptomatic, it is always fatal. His parents refused to accept this bleak outcome and started scouring medical literature for answers. They kept hitting brick walls.

After a frustrating evening using paper clips to represent good fats and bad fats and trying to work out why when one increased, the other decreased, Lorenzo’s father fell asleep. He had a dream of his son, tugging at both sets of paperclips, which were one. He realized that both types of fat were from the same enzyme and that this fat could be destroyed by oleic acid. From this dream he was able to formulate a treatment extracted from olive oil and rapeseed oil.

He tested this treatment on Lorenzo’s aunt, who was a carrier of ALD, by adding it to her salad. The treatment, named Lorenzo’s Oil after Lorenzo Odone, was found to be effective at preventing the disease in children who had not yet developed symptoms, although it had mixed results for children already showing signs of the disease. Many symptomatic patients still died. However, Lorenzo himself exceeded expectations and lived until the day after his 30th birthday, a situation previously unheard of for ALD patients.

World famous movie director, James Cameron, told the press that the magical root imagery in his movie, ‘Avatar’, came from reoccurring dreams he had while a student at college, of a bright luminous forest. Many of his other Hollywood hits came from dreams. The Terminator originated from a nightmare of a ‘grim reaper’ type figure and even some scenes from the 1997 blockbuster Titanic were derived from images seen in his sleep.

Billy Joel said he woke up singing his famous 1993 song, ‘River of Dreams’ and he couldn’t get the tune out of his head. He took this as a sign from the universe that he should develop it into a song. He explained to the Howard Stern Show in 2010:

I thought, Who the hell am I to try to pull off this gospel song, so I took a shower to wash this song away. I sang it in the shower and knew I had to do it.

2. Insulin as a Treatment for Diabetes 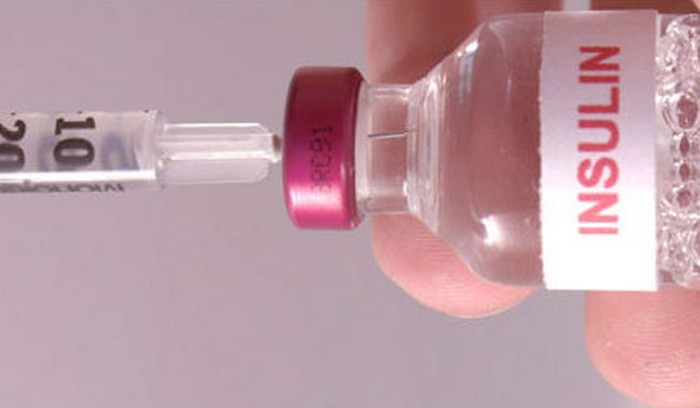 In 1869, a German medical student called Paul Langerhans identified cells in the pancreas. Their function at that time was unknown. What he had discovered were insulin producing beta cells. In the years that followed, the cells were named Islets of Langerhans after the student. By 1889 it was known that if a dog had its pancreas removed, it would develop diabetes but if the digestive juices were prevented from reaching the intestine, the animal would only have digestive problems, not diabetes. From this they deduced two facts. The first was that the pancreatic juices added digestion and the second was that the cells in the pancreas somehow prevented diabetes.

In 1920, Dr Frederick Banting, a surgeon, hit upon the idea that digestive juices could damage the islets of Langerhans and if he stopped their flow, the cells could be preserved and extracted, to be used as a treatment for diabetes. The idea came to him in a dream and when he woke up at 2 am on October 31, 1920, he penned down a few words that would lead to a treatment. When the cells were successfully extracted, he injected them into diabetic dogs, who became symptom free. He named the treatment ‘Isletin’. A co-worker later suggested the name Insulin.

1. Stravinsky’s Rite of Spring, the Ballet that Caused a Riot

The classical composer Ignor Stravinsky said that he dreamed up the chords for the ballet, ‘Rite of Spring’. He also claimed to hear music psychically and said in an interview:

I had only my ear to help me. I heard, and I wrote what I heard. I’m the vessel through which the sacre passed.

The unusual, jarring chords and ungraceful dance moves caused an uproar on the night of the premiere in 1913. The audience started punching each other for having differing opinions and throwing things at the stage. 40 people were allegedly arrested and one person was challenged to a duel. Despite this, most of the audience watched until the end. There was a standing ovation, drowned out by heckling. The Rite of Spring is widely thought to represent the birth of modern music.