Before digging into the 10 brilliant book to film adaptations, first let us know why when our favorite books are adapted into a movie, there is this negative assumption that it won’t do justice to the book. Their explanation is that the imagination makes the story characters come alive while being indulged in the fantasy world of novels and they can’t undo what they already thought of the characters. But it’s a mistake to comparing a book to a movie because it is almost impossible to entirely capture every scene from the book without making a marathon movie of more than ten hours. Now who is going to watch that?

It is the incredible work of the movie makers for carving out the story while maintaining the core of the book. Nowadays it is a trend to straight away pick up the bestsellers and turn it into the brilliant cinematic experience. You have seen with Hunger Games and Harry Potter. So today we bring you 10 brilliant book to film adaptations, that over the years have been mesmerizing the audience. 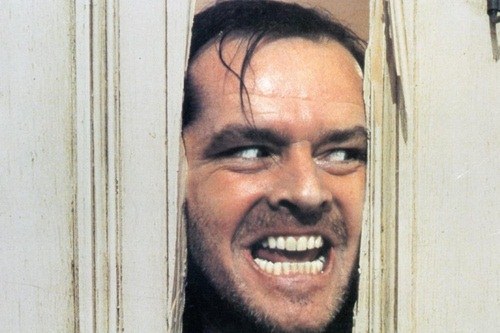 We have to start with Stephen king’s work because no other writer has influenced Hollywood like him over the last few decades. The shining is a horror novel which was published in 1977. If you ever had dreams of finding yourself alone in huge empty buildings then this will definitely give you nightmares. This novel was converted into a masterpiece by the renowned director Stanley Kubrick with one of the best performances from Jack Nicholson. It is regarded as one of the greatest horror movies of all time. The Shining is undoubtedly one of the greatest book to film adaptations of all time. 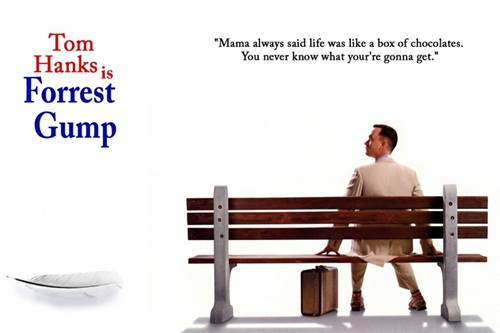 Forrest Gump is a rare gem which won all our hearts with its innocence in the golden era of 90’s. It was written by Winston groom and was made into a movie by Robert Zemeckis in 1994. Tom Hanks who is famously and correctly knows as “The Good guy” blessed us with the heart melting role he played as Forrest Gump. This movie has covered everything including the controversial society issues of those times to the comical journey of a naive man finding success and love. Forrest Gump is rich of human emotions and inspiring message especially the epic cult dialogue “Run Forrest Run”. Even the academy awards were not short of showering praise on this timeless movie for all the ages. 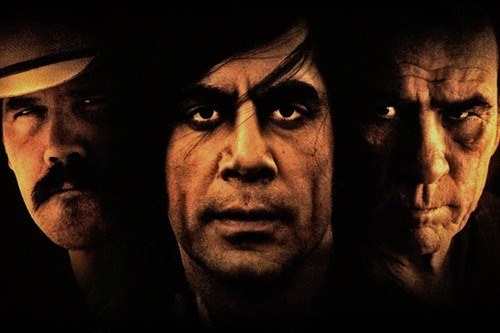 Cormac Mccarthy created a monster named Chigurh in his novel who happens to give a choice between life and death to his victims by tossing a coin. If that was not a bit crazy then the weapon he used for the killing was something used on cattle, a Capitol Bolt Pistol. While watching the movie, it will seem like Chigurh was killing people as if taking a morning walk with no hurry. There are so many extraordinary moments, so much complexity to the perception of the characters that will knock your head while watching No country for old men. Cormac McCarthy’s genius combined with the talented directors Coen brothers gave us the best picture at Oscars. Rightfully came at number 6 in our list of 10 brilliant book to film adaptations. 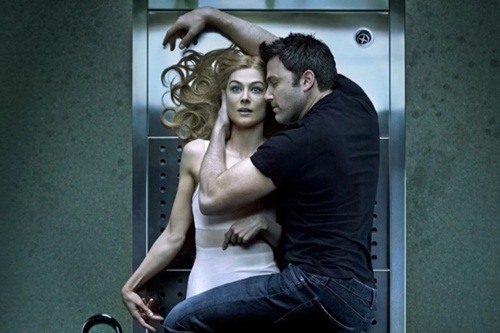 There has never been a movie which made a man scared of a woman in the entire history of Hollywood other than Gone Girl. Gillian Flynn authored this absorbingly shrewd tale which was picked up for direction by David Fincher to give us the shock of our lives. Rosamund Pike can easily be regarded as one of the best actresses in the world on this lone role she played in this movie. The tantalizing background music of Trent Reznor and Atticus Ross keeps you on your toes while you watch with your mouth open this epic tale of woman revenge. 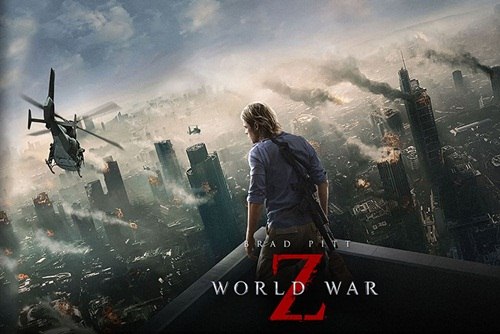 World War Z is one of the most unforgettable book to film adaptations of all time. It’s based on the novel by Max Brooks which turned out to be the biggest zombie movie ever made. Marc Foster with the combination of zombies and Brad Pitt was the paradise for viewers. World War Z mixes horror, suspense, and action all together with spectacular shots. This movie seems was targeted to preteens since it had very less blood compared to all the other zombie movies. 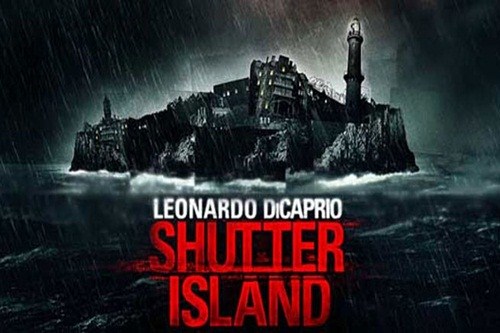 Dennis Lehane wrote the best-selling novel shutters island in 2003 which was later adapted to become a movie of the same name. If you ever dreamed of a director-actor combination then you wouldn’t find better than Martin Scorsese and Leonardo DiCaprio. But Shutter Island isn’t just a pretty face, it’s also got a great story that’ll blow you away. Never has a movie completely split the critics. You will surely have to look this movie twice to completely understand because it may seem like you missed something. 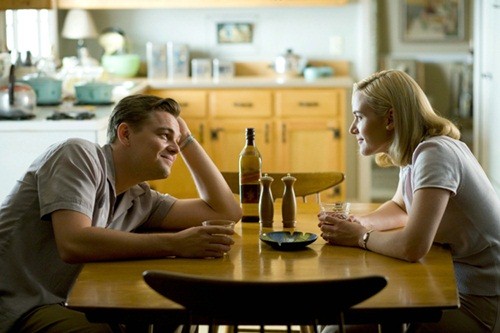 If you thought Leonardo DeCaprio and Kate Winslet together could not do better than Titanic then you are totally wrong. Richard Yates wrote something remarkable in 1960 called the Revolutionary Road which was then made into a movie by the famous director Sam Mendes. If you are having even small issues within your relationship then you better not be watching this as a couple. This will break your heart even if you are single. No other movie has been so bold that has questioned the role of a husband and a wife and the sanctity of marriage. Everyone should watch this movie alone once in a lifetime for the learning experience and appreciate this great piece of art. Any doubt on why it ranks 4th on this list of book to film adaptations! 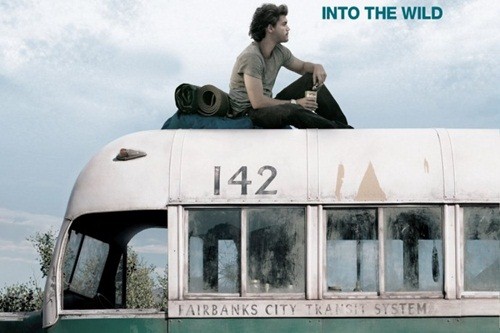 Jon Krakauer wrote a true story based on Christopher McCandless unfortunate adventure. The sensitivity with which Krakauer expressed the spirit of McCandless and his quest is enhanced appropriately to the movie format by the director Sean Penn. This movie is engaging, sincere, authentic, bold, tragic, occasionally funny and at times very heart-warming. This is a life story which is still debated in the universities and also seen as inspiration despite the unhappy outcome to this life. 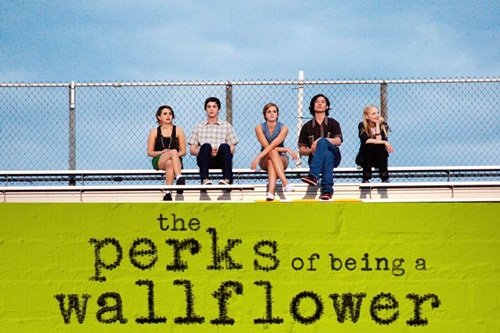 The perks of being a wallflower was written and directed by Stephen Chbosky which is based on a story of a shy teen named Charlie. The story flows like a river but faces the obstacles in the form of past demons and the way it unfolds is wonderful and sad, sometimes all at once. While it has its comic moments, it navigates through taboo topics such as homosexuality, drug abuse, and death. This also includes the famous scene of Emma Watson “tunnel song” standing on the back of the truck waving her hands while being driven inside a tunnel. That song is “Hero” by Billy Joel who recently passed away and the sad fact is that the current generation wasn’t aware of the song and the artist until this movie. The Perks Of Being A Wallflower ranks second in the list of most brilliant book to film adaptations. 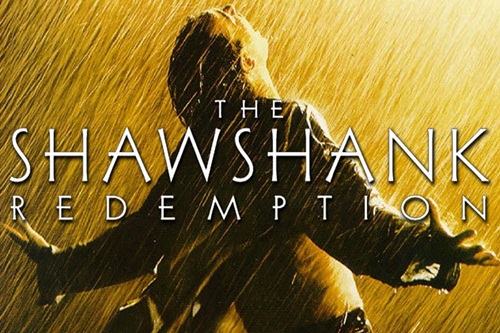 Sorry but it isn’t us, it’s Stephen king that has forced us again to recognize his work. Rita Hayworth and Shawshank Redemption, a short story written by Stephen king in 1982 was transformed into the best movie of all time by the director Frank Darabont. It has been rated no.1 on IMDB and rightly so. The cinematography was grand and expressive especially with the narration from the legendary voice of Morgan Freeman and the hauntingly beautiful background music of Thomas Newman. This movie is about injustice, patience, hope and finding life again. You will always want to watch this movie again.

What’s your favorite book to film adaptations of all time? Tell us in the comment section below.