Every country, tribe or language has its own traditions and customs. Some of the traditional practices are quite interesting whereas others are bizarre in their nature.

The modern world through various studies has led to the elimination of bad traditional practices e.g. early marriages, forced marriages and FGM. However, some tribes are still involved in practices that are negative to the well-being of an individual.

This list involves both the negative and interesting but bizarre traditional practices that occur (or used to occur) in some parts of the world. 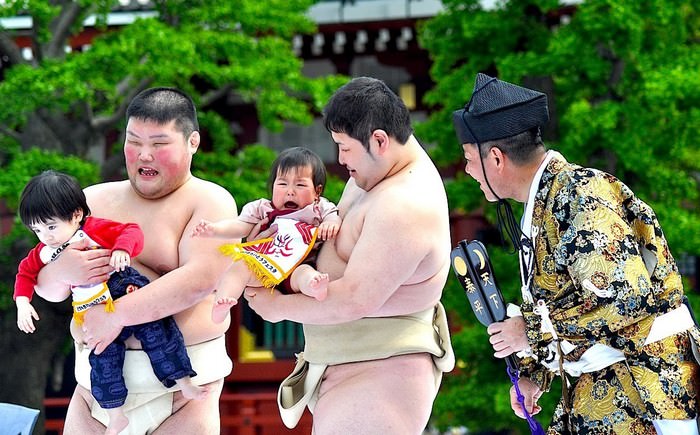 While parents and caregivers do their best to quiet a crying baby, in Japan during this festival it’s all about making the baby cry the loudest.

The festival, which is held annually in various shrines in Japan, invites mothers to bring their one-year old babies to participate in the contest.

In addition to the contest, the locals believe the babies’ cries drive off demons from affecting the child’s health in terms of growth and development. 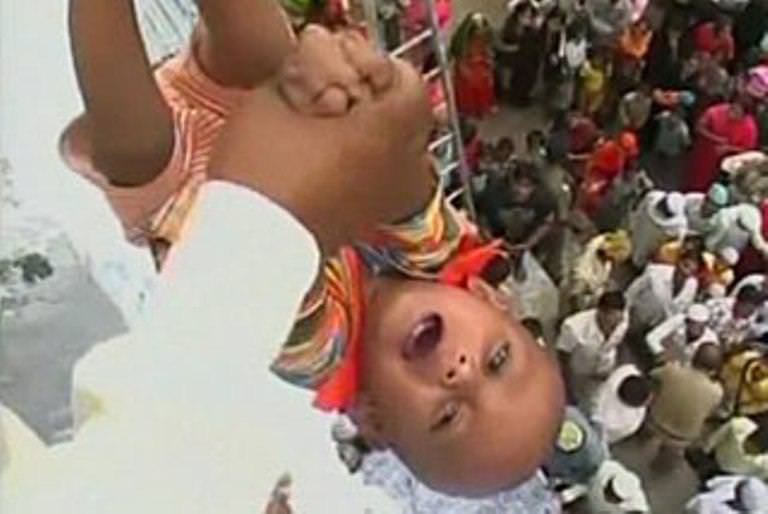 This practice was banned in India in 2009 but some communities in the country still practice it.

It involves a priest dropping a baby from the roof of a shrine. The baby falls at a height of 50m. At the ground is a group of 15 men who have formed a circumference, holding a bed sheet.

The baby lands on the sheet and one of the men gets hold of the baby when the baby bounces. The baby is passed from one man to another as the crowd jeers before he is returned to his mother.

It is believed this act ensures good health of the child, and prosperity for the families of the child who’ve participated in this ritual.

It’s one of the most bizarre festivals in the world. During the festival, one will witness men and women who have pierced some external parts of their bodies with assortment of tools.

It is believed when people pierce their bodies such as cheeks and stomachs with knives, spikes, guns and other bizarre tools; the act brings good luck, ensures they’re are protected from evil spirits by the Chinese gods.

The nine-day festival takes place annually in Thailand. During this period people abstain from eating meat and engaging in other unclean activities. 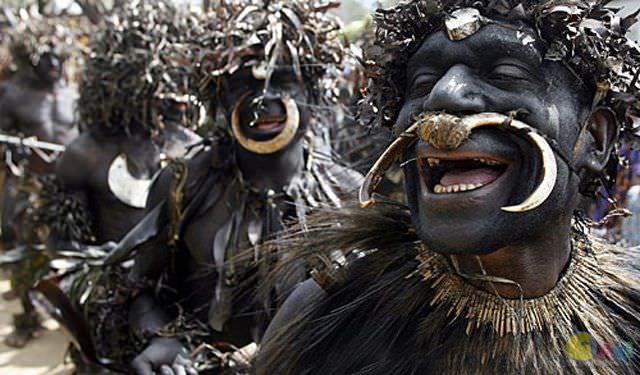 Generally, in many tribes boys are treated as adults after they undergo initiation, that is, circumcision. Circumcision is the window through which a boy becomes an adult.

In some tribes in New Guinea, a boy is treated as a man – a warrior – when he ingests the semen of an elder. Not some of the semen, but a large quantity of semen.

The boys in these communities, such as the Etoro and Sambia, go through 6 stages in order to become a man or a warrior in the community. The stages last till the boys get married.

The boys are detached from their mothers from a young age, 6 years, so as to learn to live by themselves. The boys are taken to the elders of the community who act as their semen-generating machine. They stay with the elders till they turn 17 years-old. During this period, they are involved in the task of swallowing the semen of the elders. Additionally, they’re penetrated anally by the elders so as to be filled with semen.

They believe a boy will begin to ejaculate when he ingests the semen of an elder or the semen is penetrated anally. Furthermore, they believe the semen of the elders contain energy or strength. By ingesting the semen, the boys become strong and are able to fight enemies from rival tribes. 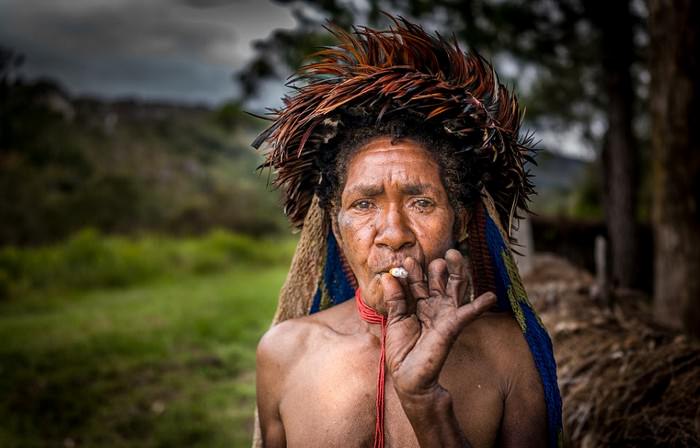 People grieve the death of a loved one in different ways. In New Guinea among the Dani tribe, they express their sorrow at the death of a family member by amputating their finger(s).

Although the practice was banned by the government, the evidence of such practice is seen among the elder women.

During a funeral, a woman’s finger would be cut at the knuckle, leaving a part of finger intact.

Before the upper part of finger was cut, a piece of string would be tightly tied around the finger for thirty minutes. This allowed the finger to become numb so as to hinder the flow of blood.

When the upper part of the finger was cut, the open sore would be cauterized in order to prevent bleeding and allow the formation of new-calloused fingers. The cut off finger would be dried and stored in a special place or burned. 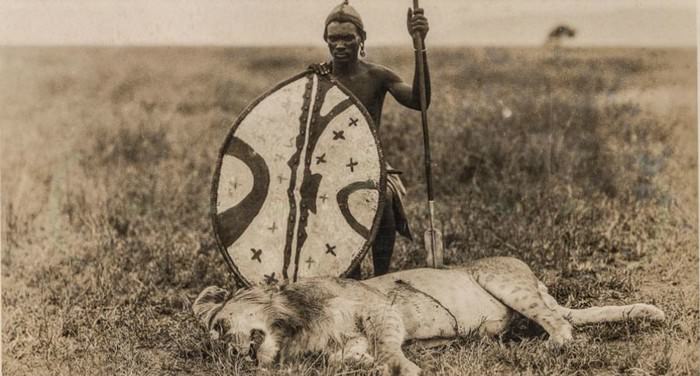 Before the practice was banned by the government, the Maasai tribe in Kenya had a system of selecting warriors who would be counted upon to protect their community.

After boys were circumcised, they were expected to go to the wild and hunt for a lion. Before they left their community in search of a lion, they were taught how to kill a lion.

Sometimes, a single young Maasai would decide to hunt for a lion by himself. It was a show of brevity and personal achievement.

In addition, if the newly initiated boys wanted to impress a girl for the possibility of a marriage; what better way would they do so than show how brave and strong they’re by killing a lion?

By killing a lion, the newly initiated boys proved they were able to protect their families and the community as a whole. 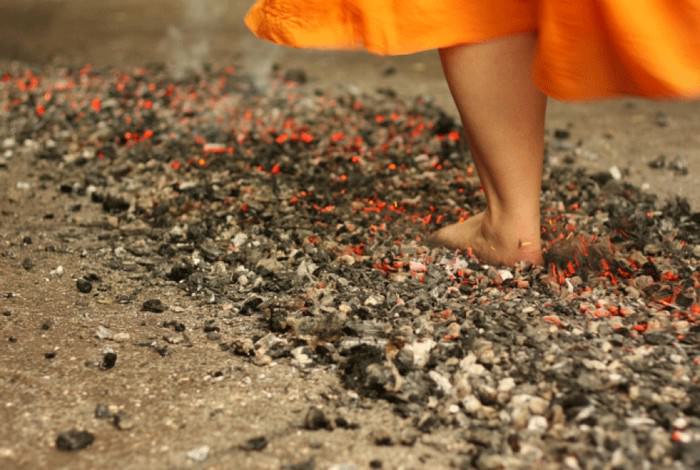 Walking on burning coals is a show of brevity. It’s not for the faint-hearted.

In China, when a woman becomes pregnant her husband has to carry her while walking on burning coals. Not only is it a show of love but the locals believe it ensures the woman delivers her baby smoothly and she’ll feel less painful during labor.

Additionally, in China, men walk on burning coals in order to invoke good luck from the gods. The locals believe when a man walks on hot coals, he will be protected against evil spirits and will amass fortunes. Not only do they benefit alone, but also the community as a whole. It is a sign of good will to the community. 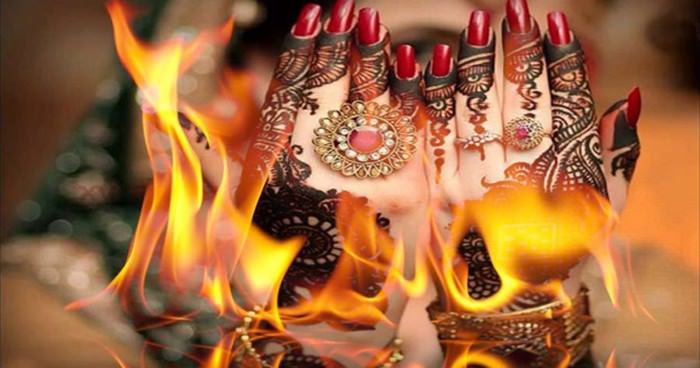 This traditional ritual is no longer practiced in many countries. It is common in African and Asian countries.

However, in India it has gone out of proportion. In the aftermath after a part of the dowry has been paid to the parents of the boy, sometimes the lack of the girl’s family in completing the dowry results in the death of the girl. This arises when the family of the girl is unable to complete the dowry after the marriage. The husband and/or the in-laws decide to burn the woman alive.

Mostly, it is out of greed as they want to amass themselves in wealth. “Over 24,771 such deaths were reported across the country in the three years from 2012 to 2014, working out at nearly one every hour,” states Telegraph. 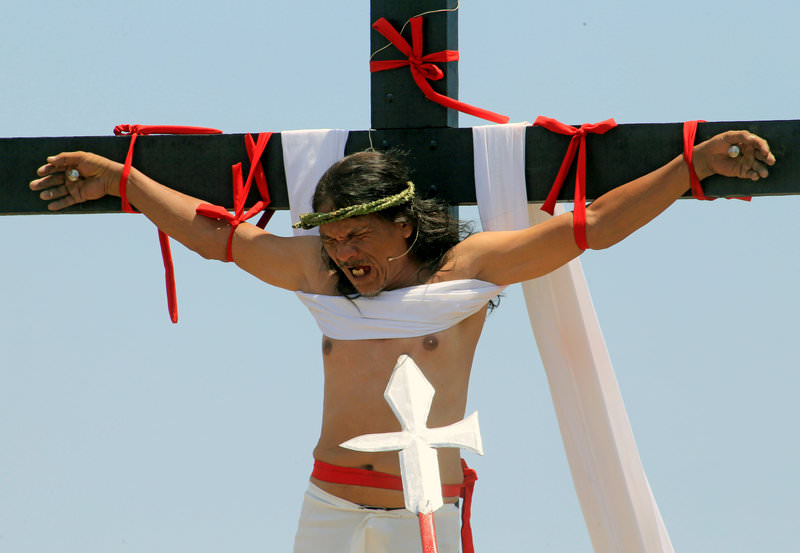 In Philippines, a number of people are crucified every year in order to be forgiven of their sins, a medium of praying for the sick so they can be healed, to be granted a better life or to thank God for miraculously helping them in times of need.

The penitents imitate the suffering Jesus underwent before he was crucified. They walk long distances while beating themselves on the back with bamboo sticks or pieces of wood. Some of the penitents have their backs cut so as to appear bloody as was the case with Jesus.

Finally, they reach a dusty hill whereby some people dressed like Roman centurions are waiting. They drive nails into the hands of the penitents, and crown their heads with a twig-like crown. After a few minutes, the penitents are lowered from the cross. 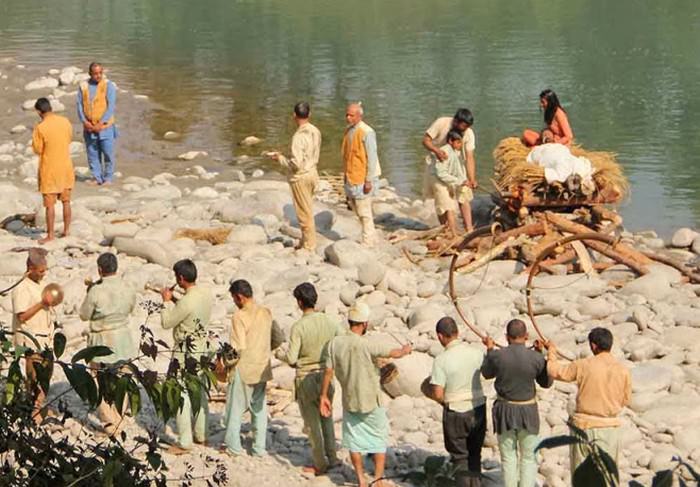 The practice was banned by the government but somehow it finds its feet in some circumstances.

In many of the world’s cultures, a woman is always supposed to show her loyalty to her husband including being submissive. However, a bizarre traditional practice occurs in India (though not frequently nowadays) whereby a wife’s loyalty is tested to the limit.

In India, a woman is required to show her devotion or loyalty to her husband not only when he is alive but also in his death. The woman is either forced or does on her own will when she burns herself alive during her husband’s funeral.

There are different types of Sati ritual. The most common Sati ritual is funeral pyre. In this instance, wood is prepared whereby the dead body is placed and fire is lit up. The woman either voluntarily or involuntarily (forced) gets near the body of her dead husband, or sits where the dead body of her husband is, and together (the living and the dead) are burned to ashes.