The Bermuda Triangle, also known as the Devil’s Triangle has been haunting and catching imagination of people since the 1800s. The region is loosely defined as being situated in the Western part of the North Atlantic Ocean where a number of aircraft and ships have disappeared without any mark under mysterious circumstances. Here are the top 10 of those mysteries which surround or are connected to the Triangle. The ten most terrifying mysteries of Bermuda Triangle are.. 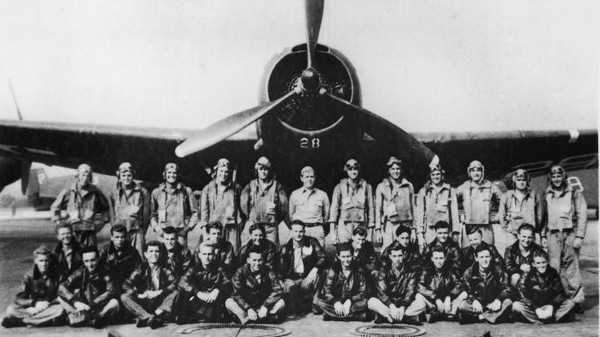 The terrifying tale of Flight 19 is yet the most disturbing cases in history which surrounds the Bermuda Triangle. In December 1945, a group of five US Navy Avenger torpedo launchers, collectively known as Flight 19 took off from Florida for a training session only to face compass malfunctioning and giving erratic readings. The contacted the base for help. The more they searched for land the more further they went in the ocean. The captain’s last words were heard preparing his crew for an ocean landing due to their running out of fuel. All fourteen airmen on the flight were lost and so were the thirteen crew members of an airboat subsequently launched in search of Fight 19. Despite massive ocean and land search, no bodies or wreckage has ever been found.

The Deering was a five masted commercial schooner and the most written-about maritime histories in the world. Deering sailed out from Virginia to Rio de Janeiro in August 1920 to cargo coal. It reached its destination unscathed in the September of the same year. However the return voyage proved to be fateful when the schooner was lost and later found run aground near North Carolina, in January 1921. When the recuers boarded her, they found it to be nothing but a ghost ship. The ship’s log, crew and navigation equipment were all gone. Even the two lifeboats were taken. No official findings on the fate of the crew and cause of the incident could take place despite the extensive investigation by the US government. 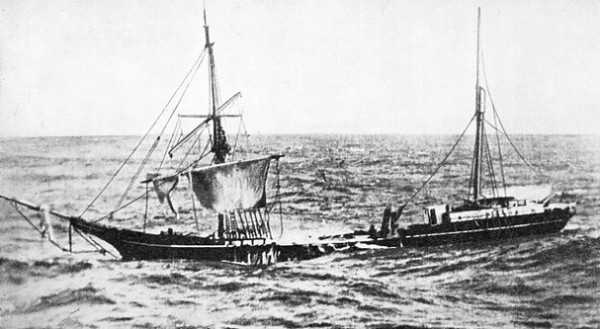 The Ellen Austin was an American Schooner plying between London and New York over the Bermuda Triangle zone. Do not worry, nothing happened to her! In 1881, during one of her routine trips, the ship passed across another ship sailing in a good speed. When its crew boarded to salvage this unnamed floating mass, to their shock, there was not even a single soul on the ship. The Captain decided to sail it to New York alongside their own ship. The two vessels set the sails smoothly until a huge sea storm separated them. The unnamed ship was never seen again. In 1944, a retired British navy Officer wrote that it was again found by Ellen Austin, sailing erratically and no one on board. It disappeared again leaving no clue behind. Whether his writing is true or not, mystery of the ghost ship has never been solved. 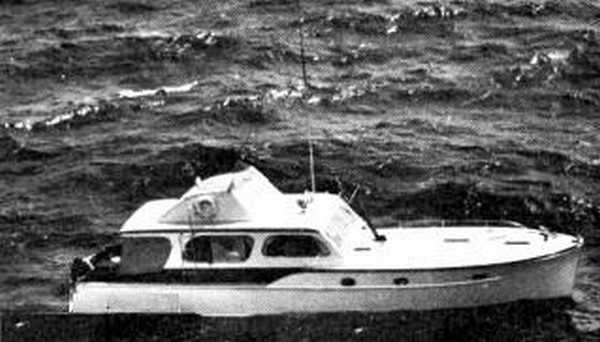 Witchcraft was a 23-foot cabin cruiser sailed by Daniel S. Burack from Miami along-with a passenger on December 1967. They thought they could get a view of Christmas lights far from the shore when Daniel called the Miami coast guard around 9 pm to report that he had hit something from below and needed a tow. The assisting vessel reached Daniel’s destination in 19 minutes but there was no sign of the yacht, neither him nor any debris. Over the next six days, 39,000 kilometers of ocean were searched for a clue but nothing was ever found. The Witchcraft has also been believed to have fallen prey to the odd forces of the Bermuda Triangle. 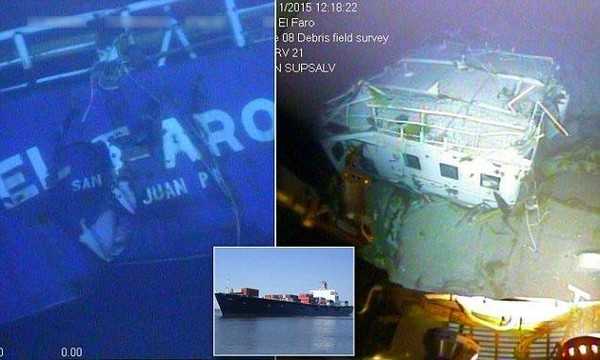 SS El Faro was a cargo ship 790 feet long. Its route was charted right in the middle of the Bermuda Triangle. It departed to its ill-fated journey in September 2015 from Florida to Puerto Rico carrying a total crew of 33 including women. A tropical storm was reported but it was hundreds of miles away and easily negotiable by such ships. The route charted to the ship would later clear path for the ship away from storms so there was nothing to worry about until mother nature unleashed herself transforming the tropical storm into category 3 hurricane with waves 40 feet high.

The last communication received from the captain was that the engine has failed, there is no power, the ship is tilted on one side and they are taking water- however he said that the crew were able to contain the flooding and everything was under control. After the message, communications fell silent, like forever. Few weeks later, El Faro was found sitting upright on the sea floor in the pitch darkness at the depth of 15000 feet. The sea bed was littered with debris but not even a single trace of the crew was found. 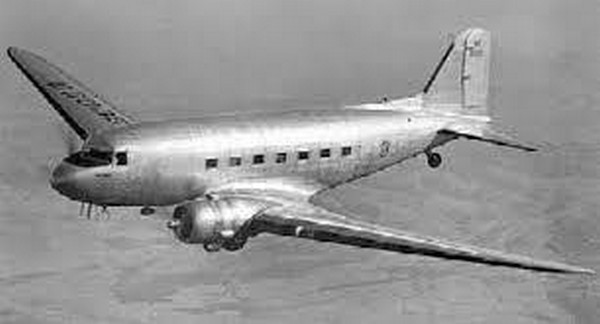 Douglas Dakota or DC-3 has been one of the most reliable aircraft ever designed. The flight of Douglas Dakota took off in December 1948 from Puerto Rico heading to Miami. The weather was normal with only twenty minutes to go before it reached the destination. However, the plane disappeared in the Bermuda Triangle area along with 28 passengers and 3 crew members on board.

Despite the waters surrounding the location being crystal clear, no debris or a single trace of the plane was found. Whatever happened to the flight, happened really quick leaving no clue behind! 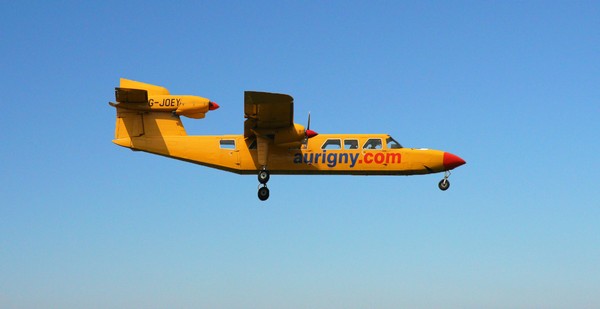 Prior to the disappearance of the SS El Faro, the three-engine Trislander is considered to be the most recent victim of the Bermuda Triangle. On December 2008, Trislander took off from Santiago for New York with 12 passengers on board however it never arrived at its destination. Just 35 minutes after the take-off, the aircraft vanished into the air disappearing from the radar. Despite the massive search operations by the US Coast Guard, not a person knows what happened to the flight and its crew. 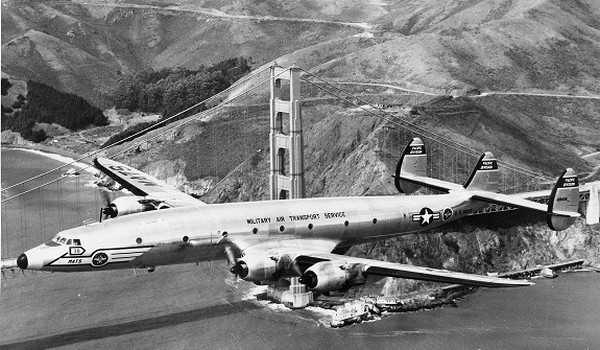 Flight 441 was a gigantic carrier owned by the US Navy. On October 30th 1954, while transporting 42 passengers including Navy seals and their families, the flight simply vanished upon reaching the region of Bermuda Triangle. Similar to many other incidents, there was regular communication initially but later, all fell silent. The flight had life rafts which would have floated if the plane had ever crashed. Strangely, the pilot never even sent an S.O.S call either. Neither the bodies or the debris was ever found nor any subsequent investigation indicated information about the sudden and unexplained disappearance of the plane. 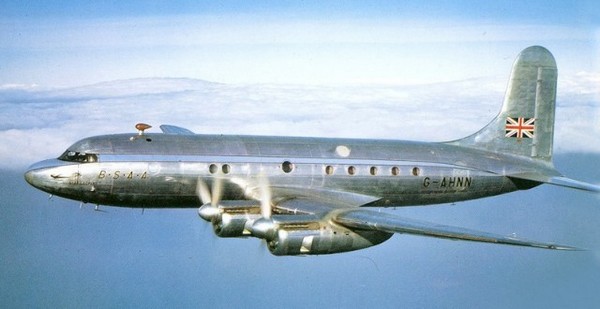 The disappearance of this plane in January 1948 along with 25 passengers and six of the crew members is similar to that of Flight 441. The British South American Airways plane was routed to Bermuda from Santa Maria but disappeared somewhere in the Atlantic. The Flight’s operator requested and received the plane’s position at 3:00 am from Bermuda’s radio operator. When it was contacted again around 3:50 am, there was no response from the Star Tiger. There were no distress calls. No one knows what happened in that plane or to that plane in those fifty minutes. The plane had simply vanished without a shred of debris. The people who went missing were never heard from again. 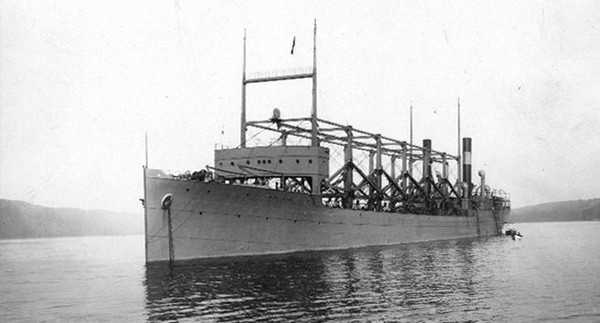 The U.S.S Cyclops was a massive collier built for the US navy before WWI. In February 1918, the ship left Brazil headed for Baltimore full of cargo. It never arrived. She had 309 people onboard! Following the disappearance, a massive search initiated across the entire route in hopes for some kind of trace. It was also speculated that a German raider or a submarine had hijacked or sunk it as it was wartime but Germany denied having any knowledge of it. The Naval History and Heritage Command assumed that the vessel was struck by an unexpected storm but what truly happened to the U.S.S Cyclops is a mystery as it was, and remains to this day, the largest human loss in non-combat vessel in US naval history.