When you think about a prince charming, you can visualize him riding on a white horse ready to sweep a woman off her feet. Disney has to be applauded for giving rise to those handsome princes in the form of their characters, be it Prince Ferdinand, Aladdin, or Eugene. But, apart from these animated heroes, we can’t miss out on the some of the handsome real life Disney Princes, who created a flutter in the hearts of million women. See also; Top 10 Real Life Disney Princesses.

Here are the Top 10 Real Life Disney Princes who have a massive fan-following even today: 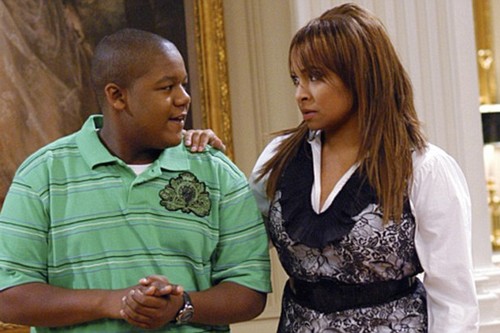 Kyle Orlando Massey, born on August 28, 1991, is an American actor, dancer, rapper, comedian, and magician. His swag and chirpy dialogues kept the audience in splits when he starred in Disney Channel sitcoms such as That’s So Raven and its spin-off Cory in the House, in which he played Cory Baxter. In fact, Kyle also featured in the Disney Channel Original Movie Life Is Ruff. Apart from acting, Massey even released several rap songs for Walt Disney Records and Hollywood Records. He gave the voice of Milo in the Disney animation flick Fish Hooks and was one of the runners-up on the 11th season of ABC’s Dancing with the Stars. 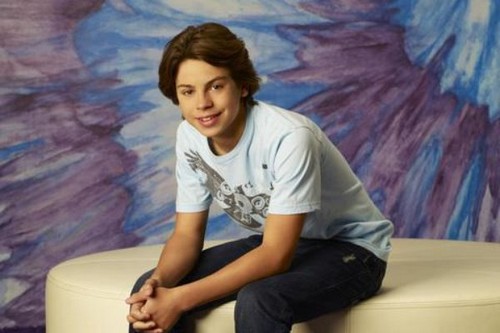 Who can forget the cute and witty Max Russo in Wizards of Waverly Place? The role was entirely justified by Jake T. Austin. This American actor, born on December 3, 1994, began his career as a child actor at the age of seven. In fact, Austin is a five-time Young Artist Award nominee for playing the youngest of three wizards on the Disney series Wizards of Waverly Place. Prior to that he was the voice of Diego, the 8-year-old animal rescuer on the Nickelodeon animated series Go, Diego, Go! Currently, the young lad co-stars in the series The Fosters as Jesus Foster.

8. Sterling Knight (Sonny with a chance) 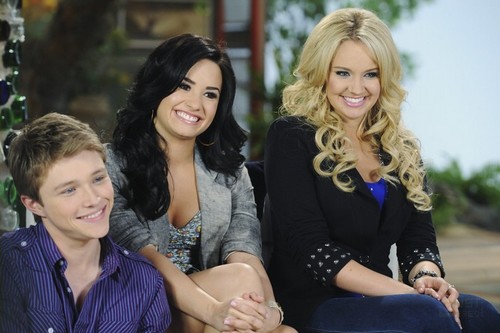 Sterling Sandmann Knight, who is an American actor and musician, was born on March 5, 1989. He stole hearts with his role in the hit Disney TV series, Sonny with a Chance and So Random. In 2009, he made a grand debut in Hollywood by Knight by playing Alex O’Donnell, Matthew Perry/Zac Efron’s son in the film 17 Again. Knight’s career thus began in local productions. He went on to perform minor roles in Calm, Career Day, and Hi-Jinks. He also featured in Hannah Montana where he played Lily’s boyfriend Lucas. In 2008, Knight appeared in Out of Jimmy’s Head and Grey’s Anatomy. 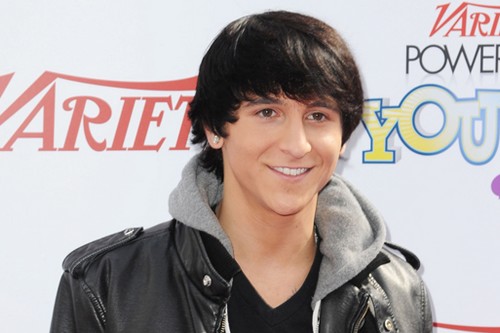 Remember the spunky ‘Oliver Oken’ in Hannah Montana? The role was well essayed by Mitchel Tate Musso, American actor, musician and singer. Born on July 9, 1991, Musso is vividly remembered for his role of Jeremy Johnson in the animated series Phineas and Ferb. As reported, he lent his voice of DJ for the computer animated/motion capture film, Monster House. The young lad also starred as Raymond Figg in the Disney Channel Original Movie, and Life Is Ruff that released in 2005. He went on to release his self-titled debut album on Walt Disney Records in 2009. 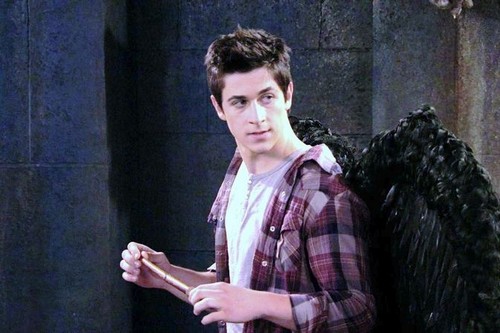 avid Clayton Henrie, born on July 11, 1989, is an American actor, television writer, director and producer. His character of the know-it-all ‘Justin Russo’ couldn’t get better with each season of Wizards of Waverly Place. D The handsome star was also seen playing Ted Mosby’s future son Luke Mosby on How I Met Your Mother, Larry on That’s So Raven along with Rudy Ising in Walt Before Mickey. 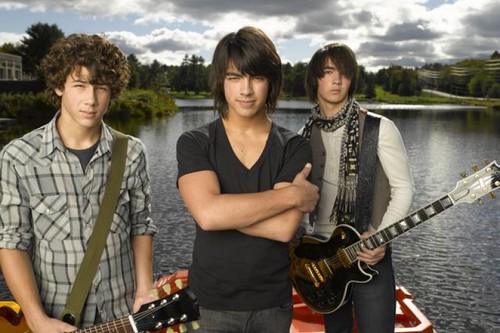 The original boy band, The Jonas Brothers, were an American pop rock group who gained stardom after they made appearances on the Disney Channel children’s television network. Comprising of three charming brothers, Paul Kevin Jonas II, Joseph Adam Jonas, and Nicholas Jerry Jonas, they hold a strong fan base ever since then. They starred in the Disney Channel Original Movie Camp Rock and its sequel, Camp Rock 2: The Final Jam. The rock group went on to release several albums including ‘It’s About Time’ and ‘A Little Bit Longer’ to name a few.

4. Brandon Smith (Sonny with a chance) 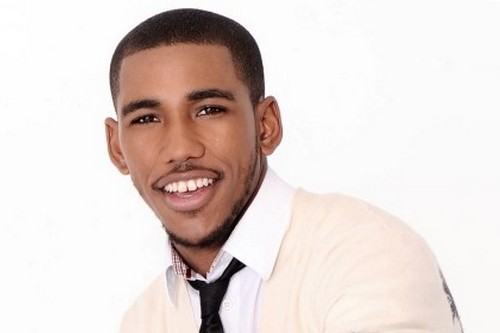 Born on May 29, 1989, Brandon Mychal Smith is an American actor, comedian, singer, dancer, and rapper, best known for playing Nico Harris in Sonny with a Chance and So Random. He even played the character of Bug Wendal in Gridiron Gang that was appreciated far and wide. Smith bagged the Family Television Award and Young Artist Award in 2007 for his performance as Tayshawn in The Ron Clark Story. A few other credits include the Disney Channel Original Movie Starstruck where he also performed the song and danced in the music video “Party Up” for Starstruck. 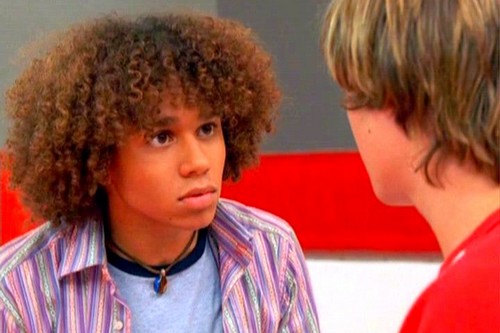 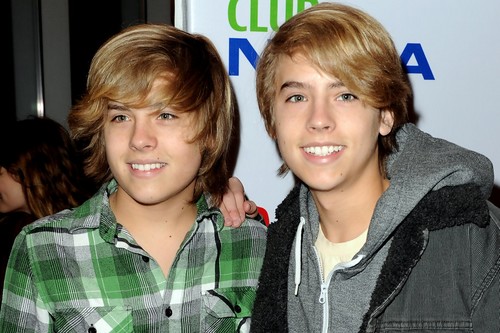 Twins, Dylan Thomas Sprouse and Cole Mitchell Sprouse made their mark in the TV industry with their antics as the lead protagonists in the hit Disney show ‘The suit life of Jack and Cody’. Born on August 4, 1992, these American actors are collectively referred to as the Sprouse brothers. They made their first major theatrical film role was in Big Daddy, where they starred alongside Adam Sandler. The duo made brief appearances in a few TV sitcoms and acted in ‘I Saw Mommy Kissing Santa Claus’. 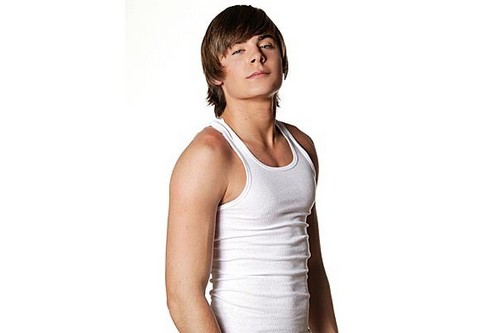 Born on October 18, 1987 as Zachary David Alexander “Zac” Efron, this American actor and singer took teenagers women by storm with the lead role of in the Disney Channel Original Movie High School Musical. Post that he also featured in the Broadway musical Hairspray. Ever since then Zac starred in the films 17 Again, The Lucky One, Me and Orson Welles, Charlie St. Cloud, New Year’s Eve, That Awkward Moment, Neighbors, and The Lorax. He was under the spotlight for his relationship with his co-star Vanessa Hudgens.

These hot and dashing stars are touted as the future of Hollywood cinema as they continue to win the hearts of the critics and audience.