Why do planes crash? Here are the 10 risk factors an airplane is in danger. These are some of the most common causes of aircraft disasters. 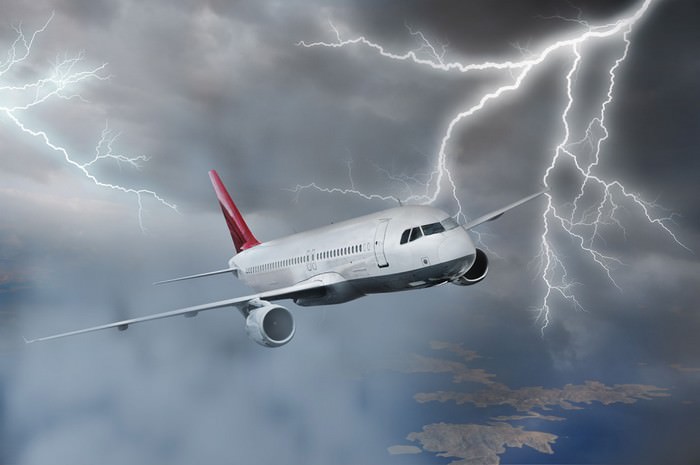 The 10 risk factors an airplane is in danger:

Wind from above, behind or the side could make an airplane flip over because it takes away the air from around the airplane’s wings. In such a case, the airplane will lose its altitude at a high speed. Also the passengers could get hurt from not locking seat-belts or from flying objects inside the plane. The most dangerous one of these is called a microburst. A microburst is a small, but strong downdraft that moves in a way opposite to a tornado and is found in strong thunderstorms. Flight crews around the world go extensive training to recover from microbursts since they are very fatal to airplanes that are either landing or taking off. Below are some of the fatal airplane crashes recorded in aviation history:

Nowadays airplanes rely on automatic landing when the visibility of the pilot is just 75 meters – usually at night and in fog. The technology completely takes care of ‘seeing’ when human eyes are not able to do so. For instance, in 1993 Airbus A320 was cleared for a Warsaw runway 11 approach and were told of the existence of wind shear on the approach. The wheels of the aircraft were sliding on rain-soaked tarmac during landing and were rotating insufficiently because of aquaplaning. The aircraft’s computer was still thinking that the plane was on the air and thus disabled the braking system. The pilots seeing the approaching end of the runaway and an obstacle behind it, decided to steer the aircraft to the right. The aircraft hit the embankment and a fire started in the left wing area and penetrated into the passenger cabin and there were two fatalities.

See also; 10 of The Most Dangerous Airport Landings.

There is a process known as ‘super-cooling, where fine water drops 10 kilometers above the ground can cool down to far below zero without freezing. These droplets can turn into ice if encountered by a solid object. Even though airplane’s wings are heated to avoid the freezing, the turbines can get frozen since the rotor blades are not heated themselves. If ice sets in on the blade wheels, rotating at 10,000 cycles per second, then individual blades can actually break causing total power failure.

Though aviation industry now tells pilots to circumvent such stormy clouds, the storm systems in the equator and the American Midwest are usually thousands of kilometers long, thus forcing the pilot to go through and deal with it.

Another nature’s risk is volcanic ashes that consist of microscopically small, sharp-edge stones which can smooth down the engines from within, or melt in the combustion chamber at 1,400° thus clogging the valves. Unfortunately, no radar equipment is able to detect this ash.
Yet another risk is posed by birds, both large and small, that could kill the plane’s engines. There are more than 200 aviation fatalities since 1988 caused by this factor.

English language is the default working language spoken throughout the aviation industry. However, accents can be misunderstood. Miscommunication may lead to a major crash especially during landing since the control towers may give wrong impression about landing runways. This situation is even harder when visibility is limited by the pilots themselves. Failure to properly monitor the flight instruments can cause crashes. Such errors have catastrophic consequences during landing or take-off.

5. Lack of sleep and exhaustion 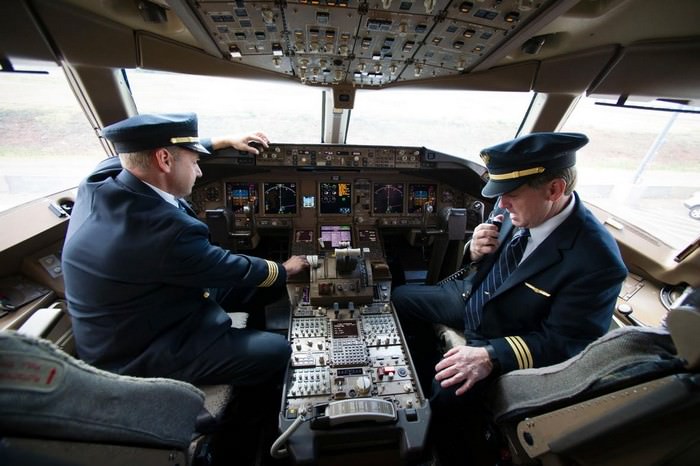 Pilots have fatigue because of unpredictable work hours, long duty periods, circadian disruption, and insufficient sleep. Being awake 17 hours straight is equivalent to having 0.5% alcohol level in the blood. Moreover the pilots have to fully concentrate especially during three minute take-off or landing, since 80% of all accidents occur in these situations. The pilot must steer by hand with autopilot turned off. Moreover, one has to totally concentrate at 3 AM, during the body’s physiological low point. Pilots have shifts lasting up to 20 hours – longer than truck drivers.

NASA survey reveals that 70% of US airline pilots had fallen asleep in the cockpit at least once. Also, the sleepiness leading to unconsciousness can be due to lack of oxygen caused by cockpit air escaping through, for instance, an open valve in the fuselage. Also at least one of the pilots has to be always awake in the cockpit.

Modern passenger airplanes have around 80 built-in independent computer systems which can act as back-up for any system failure. A single poorly maintained screw can become fatal to airplane. An elevator jackscrew can get stuck and this will leave no chance to the pilots.
Aircraft composite materials consist of layers of fibers embedded in a resin matrix. This material delaminates from inside and nothing is shown on the surface. Usually ultrasound-based tools are used to detect such a material failure.

A small amount of icing or coarse frost can result in the inability of a wing to make adequate lift. For this reason, wings or tail have to be free from ice, snow or frost prior to takeoff.

Various ground support equipment may scratch the paint or small dents in the skin of aircraft. For instance, in Alaska Airlines Flight 536 case in 2005, during ground services a baggage handler hit the side of the aircraft with a train of baggage carts, damaging the metal skin of the aircraft. When the airplane got 7,900 metres high, the damaged section of the skin was the cause of air escape to the outside. The airplane had to descend to a denser (breathable) air and an emergency landing. Post landing examination revealed 30 cm hole on the right side of the airplane fuselage.

The aviation management is like an endurance race, with potential for improvement remains indefinitely large.

Unlike cars, putting fuel in the airplane is trickier. Putting too little fuel makes the destination unreachable, and putting too much fuel makes the flight performance inefficient. An Airbus A380 is said to double its dead weight by filling up on fuel. Moreover, weight and weather (strong headwinds for instance) affect fuel consumption.

Airplanes cockpits have become bullet proof, monitored by CCTV, and allow entry via a password. Pilots make no negotiations with hijackers. The loophole for hijackers to get on-board lies in the airport, where dozens of different professionals deliver services to airplanes, such as cleaning, food delivery, baggage handling etc. Every hijacker has ‘one bullet’. So an apparently a future hijacker with clean history can get a job at an airport or an airline. The total number of take-offs in the world is around 31 million. Therefore, the risk for hijacking seems to increase in correspondence to the increase of take-offs.

In the United States, the Federal Flight Deck Officer program is run by the Federal Air Marshal Service, to train active and licensed airline pilots to carry weapons in order to defend their aircraft against criminal activity and hijacking.

A passenger airplane could get hit by an ainti-aircraft missile from ground or sea. Passenger airplanes are not capable of dodging or counterattacking missiles, because of their heaviness and volume. If missile hits in the wings, the airplane is likely to explode mid-air because fuel is locate inside wings. Commercial airplanes do not have a system to track missiles, so pilots’ only chance is to see the missiles coming from ground. A radar-guided surface to air missile (SAM) system, such as SA-11, is considered to be dangerous to civilian aircrafts, because they [the aircraft] fly at steady speeds and altitude.

Moreover, the fact that civilian aircraft flies at higher altitude means it can be picked by SAM’s radar easily. On July 17, 2014, Malaysia Airlines Flight 17, a Boeing 777-200ER, flying from Amsterdam to Kuala Lumpur, was hit by a Soviet made Buk surface-to-air missile near Donetsk, Ukraine. All 283 passengers and 15 crew were killed, among which were 80 children.

10. Suicidal action by a pilot

Pilots are the main people onboard who must be in control of everything. However, some pilots take suicidal action even if most air crews are screened for mental fitness. For instance, in 1999 EgyptAir Flight 990 case, the first officer consciously crashed into the Atlantic Ocean while the captain wasn’t present. In 1982 Japan Airlines Flight 350 case, the mentally unfit captain had attempted suicide by placing the inboard engines into reverse thrust, while the aircraft was close to the runway, killing 24 of the 174 onboard. In 2015 Germanwings Flight 9525 (an Airbus A320-200) case, co-pilot, Andreas Lubitz, locked the pilot out of cabin and crashed the airplane deliberately. Consequently, many airlines adopted new regulations requiring at least two authorized personnel to be present in the cockpit at all times.