Alcohol has been our faithful companion since 10.000 B.C. Because humanity has always been a bunch of drunk people trying to find meaning to life. The Egyptians had 17 types of beer and 24 varieties of wine; Pretty much what I consume on weekends. So, alcohol has been part of many great cultures and, today, it’s still consumed by masses in most parts of the world.

Humanity is weird sometimes, so drinking alcohol cannot be away from strange and unique customs. Let’s explore some most bizarre alcoholic drinks. 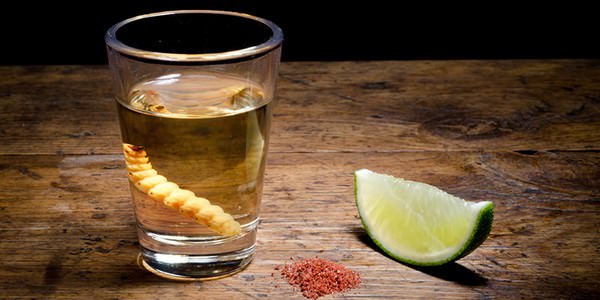 Mezcal is said to be the older brother of Tequila, but more powerful and purer. They have a lot of similarities, but the Tequila is distilled from several natural plants and can bear the name as long as the final product consists of at least 51% of Agave. Mezcal, on the other hand, must be 100% agave. The creepy part is that most times a worm is drowned inside the shot, drawing a rather unsettling view.

The explanation of this custom is not well known, but the most plausible is that: A group of Mexican liquor producers wanted to take advantage of the drunken “gringos” of the north, who already believed in the legendary power of the “worm” as an aphrodisiac. Do you feel that your Ding-Dong is not doing its job properly? Take a sip of this exotic drink. The worm not only affects marketing, it actually changes the chemistry of the beverage, adding more “Cis-3-Hexen-1-ol”. This substance usually smells like freshly cut grass for humans, but for other species it is a real-life aphrodisiac. 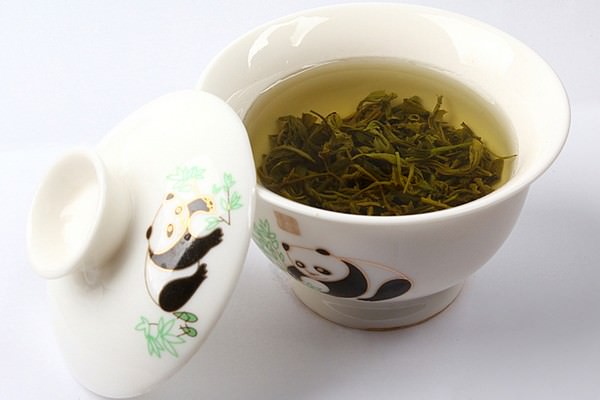 An Yanshi, a professor of calligraphy at Sichuan University, has patented a way to grow green tea in the droppings of pandas. Sichuan is home to the pandas base Ya’an Bifengxia, which houses about 80 pandas. An commercializes its creation under the name of “Ecological Tea of Panda”, that is divided in three different variants, and is sold in a limited edition of 1.7 oz. The highest rating was offered for 440,000 yuan (US $ 72,000) per kilo. While presenting his new tea, dressed in a panda suit; Said that they absorb 30 percent of their food (bamboo) nutrition, and that the remaining 70 percent of the nutrients get dissolved in their feces, making the Ecological Panda Tea “nutritious and delicious” at the same time.

Asian cultures are famous for their millenial traditions, including martial arts, rituals and many more stuff and a lot of them are really strange. Since the 90’s, different trainers and sport federations from China have attributed the good performance of their champions to particular drinks and beverages. In Beijing 2008 we can see the latest example… Deer Penis Wine. The name says it all, and deer penis looks like a fancy stick. 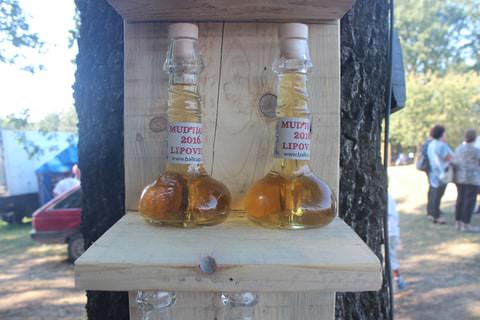 The Rượu thuốc which means medicinal liquor, is a special Vietnamise drink. It is believed to have medicinal powers and that it can make you a Superman. If you always wanted to be Lois Lane’s babe, this is your chance; Just drink some horse testicles dipped in brandy. 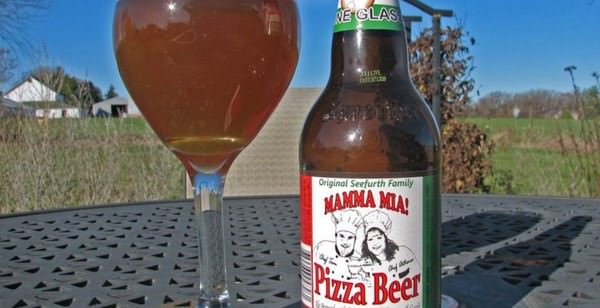 A beer is the gift that God gave us all to complete our life with absolute happiness, while growing a beautiful belly worthy of a great champion of the brewery. A pizza is the gift that the gods gave to the Italians, to be recognized all over the world, and the superheroes to deliver it in their free time. Basically, when you eat pizza with beer is glorious, but, what happens when you mix it up? A catastrophe.

It seems that the love for this combination reached a certain level. A couple of Chicago brewers decided to mix the best of both elements by creating the first pizza-flavored beer: Mamma Mia. Those who have tried it say it is a pretty good experience, a beer with vegetable tones like oregano, basil and, of course, tomato sauce. 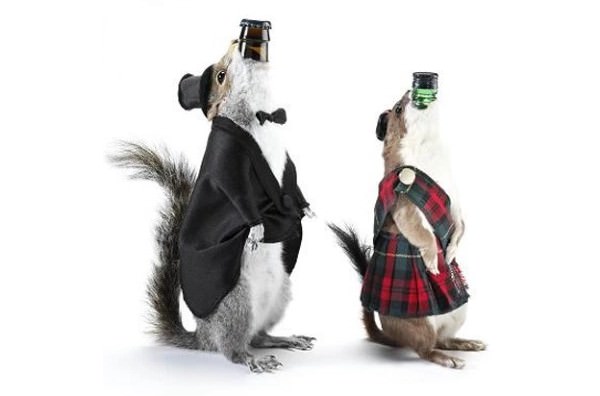 BrewDog is responsible for this atrocity. With 55% alcohol, it’s a really strong Scottish beer bottled inside a stuffed squirrel. You might think this is a horrible presentation for a beer and that the people behind it are monsters. You’re right, but they’ll cry, wiping their tears with paper money because a single bottle is worth $20,000.

The beer “The End of the History”, named after the famous book written by the philosopher Francis Fukuyama, is an allegory of the Western democratic paradigm as the peak of the political evolution of humanity. I really do not understand the point, but they call it “beer extremism”, and it’s pretty extreme. Imagine taking a sip of that delicious beer while looking directly at those cute dead eyes. 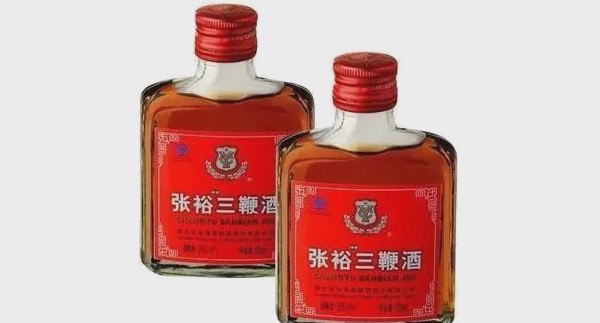 The liquor Tezhi Sanbian Jiu, according to some gentlemen who decided to give it a taste (stating that they only did it out of curiosity, but not for lack of manhood), it’s pretty sweet. They have expressed that despite being made out of deer penis, seal penis, and Cantonese dog penis. The fact that it contains a certain amount of sugar makes it pump up “some energy” similar to when you drink a strong energizing drink. If you have the opportunity to travel to China, at any pharmacy or traditional medicine store you can purchase it. 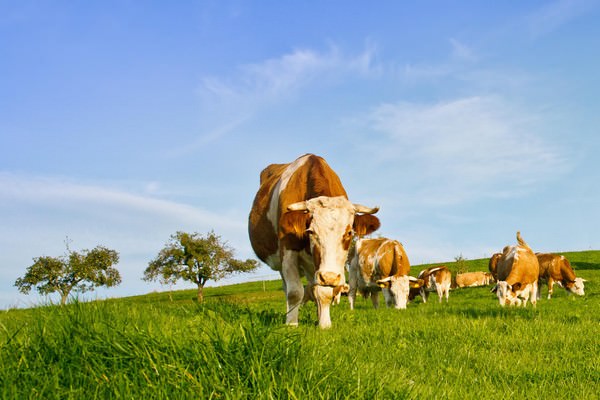 Your vegan friend will be disappointed! And maybe he’ll vomit. An ancient tribe called The Maasai has a ritual habit of drinking cow’s blood on special occasions. Depending on the importance and nature of the event, the blood can be mixed with other ingredients. Example: for survival methods mix it with cow’s milk, but at a wedding they mix it with a special liqueur.

The Maasai, a nomadic indigenous group living in Kenya and Tanzania, Africa, drink a distilled liquor called Enpinyo and occasionally mix it with a red organic bourbon; If you know what I mean. The way they wash the blood down is by drilling a hole in a cow and taking the liquid out of it, especially blood. Some say they drink these things to counter their hangover, but I really prefer to die of a headache. It is an old custom between the Maasai and the Indian president says that most of the time, cows are not killed. Cool! Only drained… Vegans should be proud.

The history of this specimen comes from the 1920s, when Loui Liken, a rum and mining entrepreneur, had to cut his toe after it was frozen. Instead of crying like a slut, she decided to put it in a bottle of alcohol and, fifty years later, a man named Dick Stevenson found it while cleaning an old post that belonged to the miner. Stevenson, with almost frightening happiness, invited everyone in a famous local bar to try out his new relic. Thus was born the Sourtoe Cocktail Club. Do you think it’s disgusting?

In 1980, a guy named Garry Younger tried to beat the record for most of the Sourtoe cocktails that were taken. Like a pro! After receiving more than ten shots, fell from the chair to the floor and swallowed Liken’s big toe. He died, by the way. Not having the original toe did not become a problem for those responsible because they continued the tradition with almost seven fingers donated so far. So, if you feel anxious to collaborate, cut out that stinking thick finger and donate it for a just cause, because it was recently stolen.

That’s right! Just what you are thinking: Rice wine with fermented human feces. Ttongsul, the traditional Korean faeces wine dates back hundreds of years when poop was used as a cure for anything from broken bones to epilepsy to detoxify the body. Oh Korea! We love you!

Today, Ttongsol is made with human faeces from 4-7 year old children, which is apparently considered the purest of all of them. Think I’m talking a load of crap? Check out this incredible, gag-inspiring video made by VICE correspondent Yuka Uchida that traveled there to get some poopoo.