From Barney Stinson to even the moon landing, there has been some legendary TV moments before us. We have witnessed these extraordinary moments from the comfort of our couch. Now here is the list of some of the most memorable and fantastic events in television. Of course 10 is not enough to cover everything but it’s a good place to start and we can all admit that we love television. So don’t just keep waiting, check them out:

10. Finale Of How I Met Your Mother 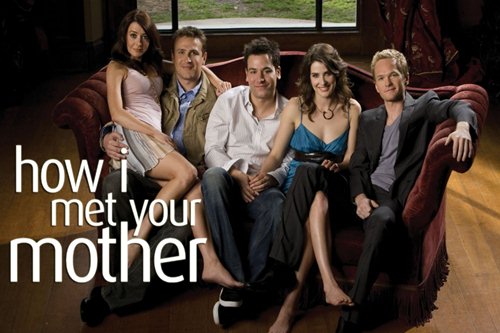 (SPOILERS AHEAD) There were a lot of legendary TV moments in the history of this show but the ending will always be remembered. The show was one of our favorites and personally was my favorite. The show follows the story of Ted Mosby explaining to his children of how he met their mother. Set in New York City Ted sets out to find true love when his friend Marshall proposes to his long-time girlfriend Lilly. The show has a unique and interesting feeling that you don’t usually get from a sitcom and ran for 9 years on TV. With a cast of classic characters and witty lines the show has grown into an empire. In the finale of the show it is revealed that the mother was dead. The finale shocked many viewers and critics.

The show really has memorable moments that have made us cry laugh and brought us all together. Somehow it is a show that we can all relate to and there is a little bit of Ted in all of us. However the ending to the show is what the show will always be remembered as one the most comical and inspiring sitcoms of all time and that is legendary. 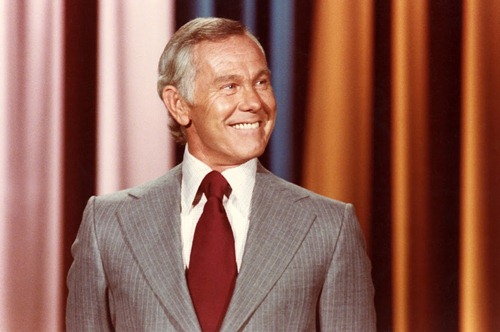 The tonight show is one of America’s biggest franchises. Everyone loves to stay up late and watch their favorite celebrities do skits and listen to the news with jokes. That’s where Johnny Carson comes in as host for 30 years. Johnny has helped create some of the biggest names in comedy today and spark late night talk shows. When Johnny announced that he would leave the tonight show he left a legacy behind. His finale show was packed with celebrities across the board with 50 million people watching at the time. Johnny will forever be remembered as the king of late night and the most memorable tonight show host. 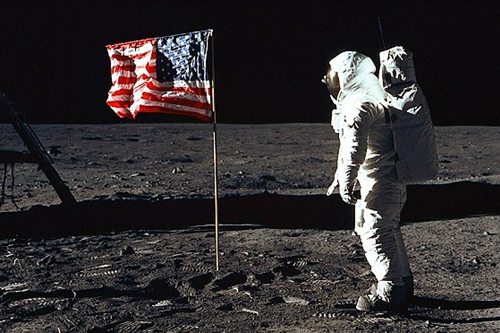 It was not only a small step for man but also a step for live television. On July 20 1969 people around the world witness the first first man on the moon. If this isn’t among the most legendary TV moments in history, then what is, right? Apollo 11 became a household name and was the biggest news story at the time. It aired as Walter Cronkite who was the anchor of CBS news for 19 years reported the news. A moment that will forever be in history as Neil Armstrong step foot on the moon.

The first person ever to leave a foot print on the moon he would return to America as a hero. This all would not be possible if it wasn’t for TV. Americans would witness history before there eyes and live television would never be the same. 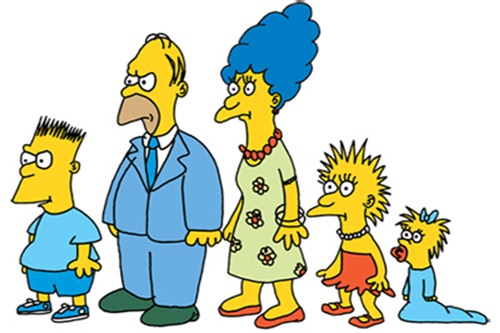 The Simpsons were the average American family. However they were animated and this was at the time something that was never done before and their first appearance became known as one of the most legendary TV moments ever. 1992 history was made with the first episode of the Simpsons on prime-time television. The show is one the longest and most successful shows in history. It has gained thousands and thousands of fans across the world and to be truly honest the Simpsons are truly one of a kind in all aspects.

The show has had many guest appearances and countless jokes. The show was a phenomenal hit and paved the way for other shows such as South Park’s and Family Guy. The show is creative and amazingly well designed. American sitcoms were taken to a new height since. Things that could not be done were done on TV for the first time. Introducing characters with unique traits and in a setting like no other it really is a instant classic. However the show did not take off at first and had to develop a niche of viewers in order to become the show that it is today.

Before the days of Saturday night live there was Monty Python. Counted among the most legendary TV moments, this British TV show filled with sketches and musical numbers. Even though it was British, the show was watched around the world. From the parrot sketch to musical numbers the show is a show like no other and was the holy grail of comedy.

5. The Beatles on the Ed Sullivan Show 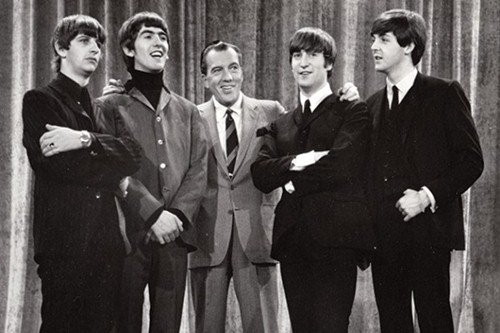 One of the first live musical performances on television was The Beatles. The iconic rock band from Liverpool made their first live American appearance on The Ed Sullivan Show. Not to mention that The Beatles were a pop sensation attracting millions of fans in the 60s. It was February 9th 1964 when the Beatles were on TV and it was something to be never forgotten. 73 million viewers watched the show that night. 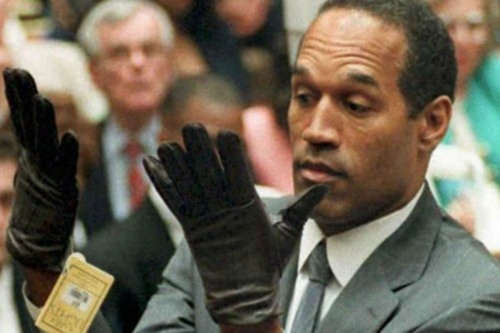 One of the most controversial and high profiled cases in American is also one of the most legendary TV moments in history. It was the O.J Simpson trial that went on for 133 days in 1995. Americans were glued to their seats when O.J was found not guilty. O.J was an American football player and then a actor. People were obsessed with O.J and the trial became a part of American culture. When he was order to himself to police custody for the murder of his ex-wife and her boyfriend he tried to flee in for bronco. The car chase was televised and caught America’s attention already. The trial was almost like a reality show and Americans followed it daily. This trial was probably the most high-profiled trial of the 1990s. 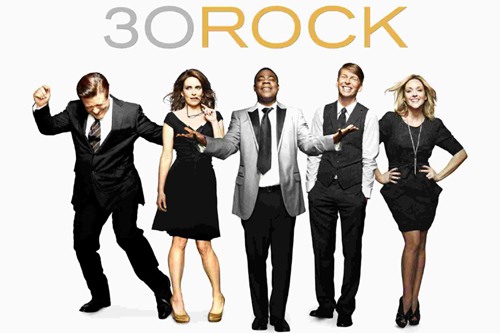 30 Rock is a American sitcom based on Liz Lemon as the head writer of a Late Night Variety Show. The show gained instant attention when it first debuted. The character Jack Donaghy is actually based on the creator of Saturday Night Live. The last episode aired in 2013 follows one last episode of TGS the fictional late night variety show. The shows characters have all gone their separate ways but reunite for one last episode of TGS. 30 Rock has made us laugh cry and well laugh as we watch the life of a writer on TGS. The show will forever leave a mark on American television and by far one of the most interesting shows ever to be on NBC. 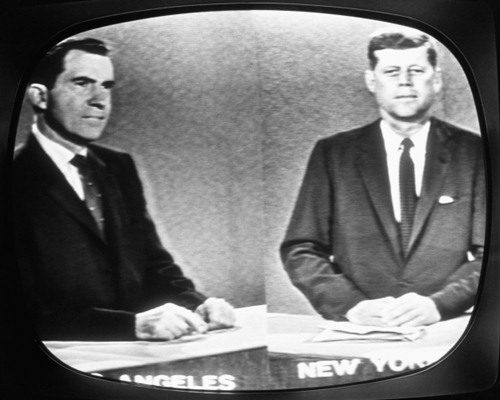 The first televised presidential fever was in 1960. For the first time in history radio was no longer a form of mass media. The television was in and was creating one of the most legendary TV moments. John F. Kennedy and Vice President Richard Nixon were the two front runners in the debate.

Just after the World War II a lot of pressing issues were on the table as Kennedy and Nixon took the stage. Americans Soon started to switch to sides as in the first time in American history was a debate televised and Americans could see the reactions to the candidates as they answered the questions. This helped lead Kennedy to victory as he was confident and able to think fast. 77 million Americans tuned into to watch the debate. This televised debate helped lead Kennedy to victory. Kennedy was a young sharp politician while Nixon was a successful older politician. Eventually Kennedy was declared the winner and thus leading politics in a completely new direction. This form of mass media changed America and the world.

At the top of the list is the most controversial cases in American history. When President Kennedy was assassinated it shook the entire world. It will forever be a day that the world stood still. There have been thousands of conspiracies theories surrounding the evidence.

On November 22, 1963, President John F. Kennedy was assassinated in downtown Dallas in Dealey Plaza. He was in a open motorcade and shot on live television. It was shortly after noon when Kennedy was shot. Kennedy was running for re-election in 1964. It was a day that will forever go down in history as people will remember who they were with and where they were. Kennedy was rushed to Parkland Memorial Hospital but pronounced dead moments later. Lyndon B. Johnson took office. In air force one the first president to do so. Kennedy was shot by lee Harvey Oswald but then shot by Dallas Night Club owner Jack Ruby.

This controversy was all around America as people wanted answers. Even today many people really don’t know the answer to the questions of who and why. It will forever be a moment in that will never be forgotten in TV and history.

10 Most Legendary TV Moments In History